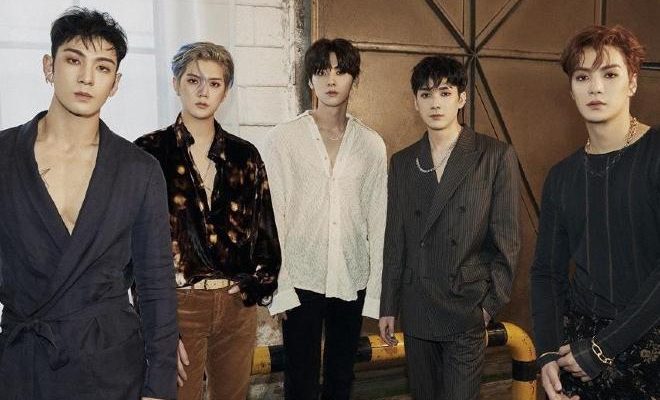 NU’EST Blows Away The Summer Heat With Latest Episode For “L.O.Λ.E STORY: INSIDE OUT”

This might have been the funniest L.O.Λ.E STORY: INSIDE OUT episode!

NU’EST shows off its natural sense of entertainment in the L.O.Λ.E STORY: INSIDE OUT episode 13.

Following last week’s episode, the members expressed their desire to win the “apartment game” to avoid diving into the water with Aron. Thanks to Ren who did not notice Aron’s mistake in counting, the members’ naughty teamwork perhaps came into action. Specifically, Aron and Minhyun aimed to trick Ren into losing the game.

Aron and Ren then had a game of rock, paper, and scissors to determine whether Aron would dive in the water alone or Ren would come along. The game literally had Ren boiling in anger as he was defeated. 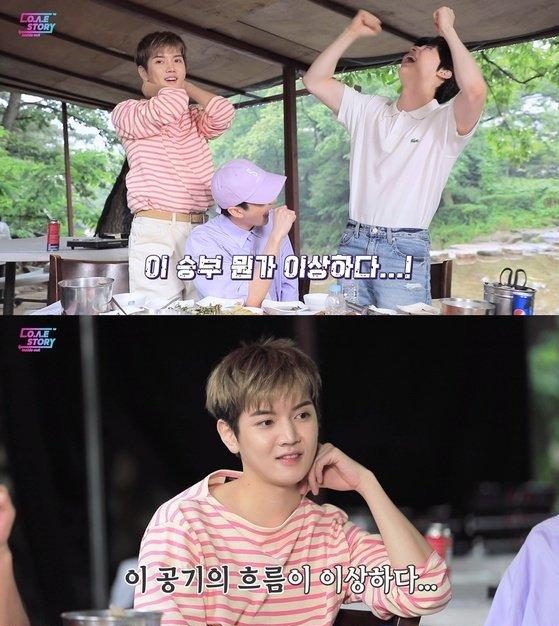 Then, the members started playing in the water. Amusingly, each of them had their own way of having fun. Aron and Minhyun shared a lovely time making fruit makgeolli, while Ren went into the water to signal his inner childlike charms.
Minhyun and Ren started playing badminton, then JR who got attacked by boredom started shooting water at Ren. On the other hand, Baekho was left in the hut, sleeping safe and sound.

As soon as Baekho awakened, NU’EST secretly made plans to get each other to dive into the ankle-deep water. Looking as lively as they’ve always been, the members started dividing their roles to capture JR and make him fall into the water. 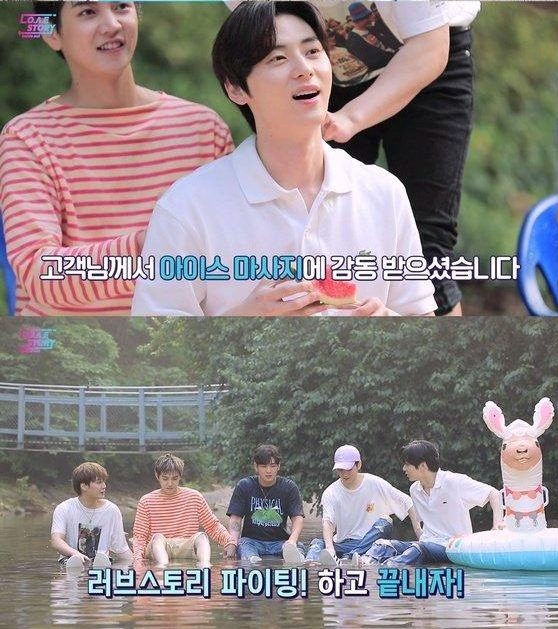 Eventually, the members all agreed to get into the water, which visibly captured the visual group’s strong chemistry and fun nature. At the end of the video, a cookie clip of JR going for a stroll nearby was revealed. The reliable leader had a small chat with a local resident, showing off his unusual affinity that added warmth to the summer outing.

Meanwhile, a preview of the next episode featured the NU’EST members trying to get clues for the room escape. NU’EST’s wit and sharpness will be shown, raising expectations for the next episode.

New episodes of NU’EST’s L.O.Λ.E STORY: INSIDE OUT are scheduled to be released every Friday at 9:00 PM KST on the group’s official YouTube channel.