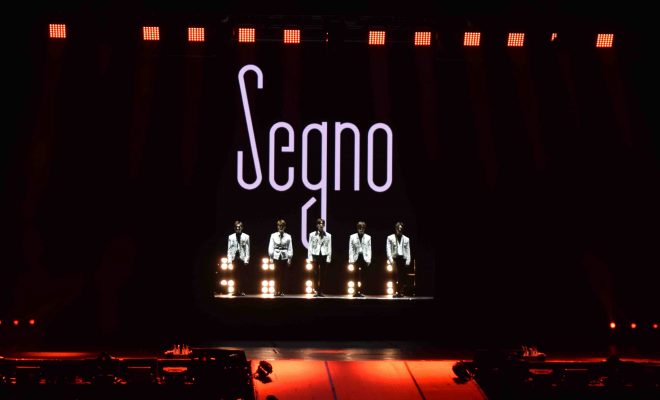 Powered up by the resounding cheers of their beloved fans, the K-Pop quintet undeniably gifted the audience with dazzling moments that were definitely worth the wait for Filipino L.O.ㅅ.Es. 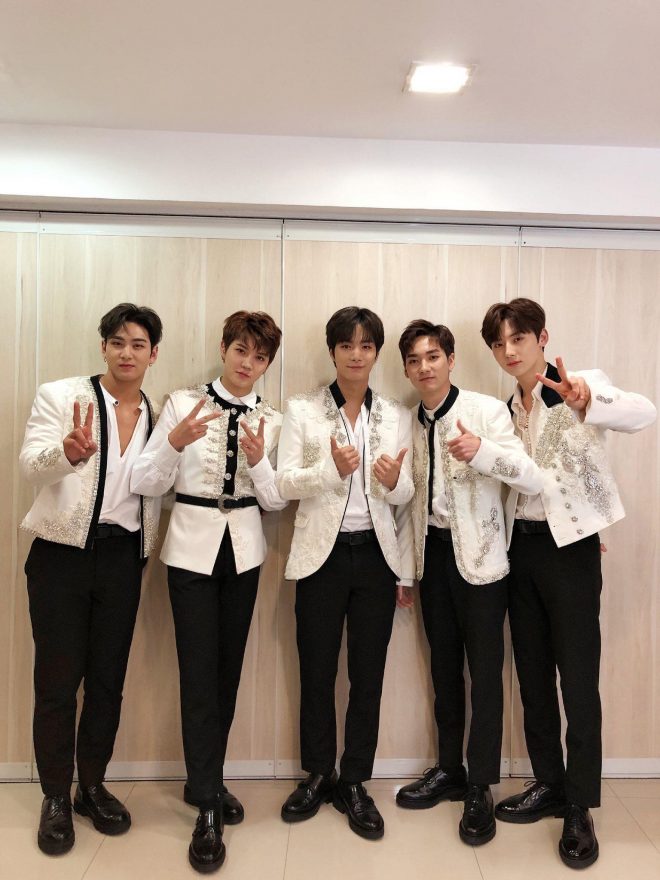 The 2019 NU’EST Concert <Segno> in Manila featured JR, Aron, Min Hyun, Baekho, and Ren making an eventful show as beautiful as their love for their fans on August 31 at the Smart Araneta Coliseum.

Let’s take a look at these five glorious moments that truly made NU’EST shine even brighter on the Manila stage.

#1 Hello to a beautiful starter

Gracefully entering the center stage with their visual-blinding looks, the idol group kicked off the show with a beautiful “HELLO”. Upon hearing Min Hyun’s angelic voice singing the song’s intro “Yeoboseyo”, the Filipino L.O.ㅅ.Es really went wild and gave their enthusiastic cheers. 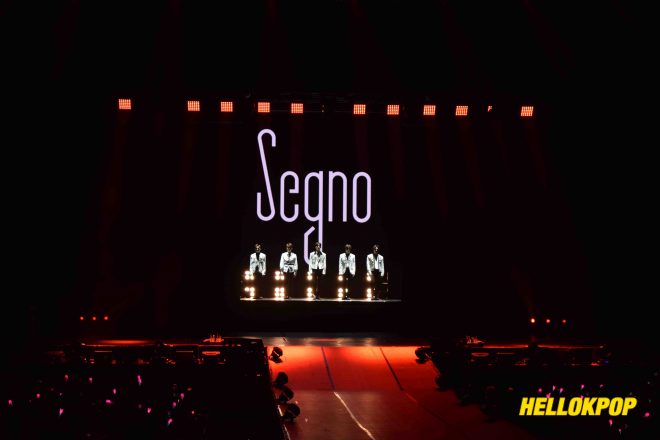 The boys quickly followed it up with enthralling stages of “Love Paint”, a song from their fifth mini-album Canvas, and their 2016 hit track “OVERCOME”.

In addition, Ren, the group’s mischievous maknae surprised fans as he showed off his enticing grooves with a short but definitely sleek solo dance break. Afterward, JR, Aron, Min Hyun, and Baekho joined to treat the crowd with a fierce and sexy performance of their latest title song “BET BET”.

The crowd was so hyped as #NUEST performed “BET BET”. Who wouldn’t with Baekho’s vocals and those dance moves? #nuestsegnoinmnl #nuestsegnoinmanila

After the opening numbers, the members then introduced themselves and gave their warm greetings to the Filipino audience.

Hyping up the already heated crowd at the Big Dome, the talented boys went on to treat fans with fascinating stages of some of their biggest hits. They started the second set with tracks from Canvas such as “Look”, and “R.L.T.L” (Real Love, True Love). In addition, NU’EST showed their adorableness with their special “Real Love, True Love” aegyos.

Flaunting their appealing charms, the idol group likewise mesmerized everyone as they gave a delightful performance of “I’m Bad”. Meanwhile, JR and Min Hyun teamed up for the next stage with “Daybreak”. Moreover, the two idols brought comfort to fans by singing “from the moon, to the stars, wandering in space, we found each other.”

Minhyun and JR take the stage with Daybreak #NUESTSegnoInMNL pic.twitter.com/JNpurqLVhx

Aside from enchanting L.O.ㅅ.Es with their group performances, NU’EST members also gifted the concert attendees with stunning solo stages.

Starting off with Baekho, he was able to relay his gratefulness to everyone who supported their journey through his solo song “Thankful For You”. He was then followed by their youngest member, Ren, who took everyone into a lovely “PARADISE”.

Ren takes ㄴ.ㅇ.ㅅ.ㅌ.s to paradise with his vocals ?

Making hearts flutter with his sweet voice and sophisticated dance moves, Min Hyun, the group’s visual king, was able to amaze the audience with his “Universe” number. Additionally, NU’EST eldest Hyung, Aron, gave off a different vibe as he serenaded the Filipino crowd with a jazz version of “GOOD LOVE”.

Furthermore, true to his title as the group’s talented rapper and main dancer, JR, who is also the leader of the group, showcased his A-level rapping skills and powerful yet sexy grooves with his solo performance for “I HATE YOU”.

After treating fans with their individual stages, each of the members took time to share what they truly felt while performing.

“I really think it is nice to see you all here together with us and hear our music,” Aron began. Admiring the crowd’s passionate cheers, Baekho then commended the crowd’s full attention and participation during his number. JR likewise expressed his feelings by saying, “I have a lot of thoughts. I was thinking about how I can show you a better “I hate you” stage. I love you so much!” Moreover, Ren and Min Hyun thanked L.O.ㅅ.Es for giving them the energy on stage.

The next set is certainly one of the most superb moments of the night as NU’EST was able to highlight their amazing versatility as an idol group.

From belting out a soulful rendition of  Aron, Baekho, and Ren’s “A Little Bit More”, the group’s impressive performances of “ONEKIS2” and “My Heaven”, the boys then showed off their brighter side with fun-filled stages of “VVITH” and “Pretty”.

Additionally, the K-Pop quintet went for a little throwback with their next songs. Attracting the most heated reaction from the crowd, they wowed everyone with their energetic number for their debut title track “FACE”. Receiving the same high energy from L.O.ㅅ.Es, NU’EST also performed their previous hits including “Action”, and “Beautiful Ghost”.

READ: 4 Fascinating Stories From NU’EST That Made Them A Hundred Times Adorable

Witnessing the remarkable vigor from the audience, the members then talked about the recently finished set.

“We actually gave more power as we saw you guys giving a lot of energy,” Baekho added.

Looking breathless after giving their 100 percent on stage, Ren sweetly asked fans if they are already tired. He then adorably said “Ang Init (It’s hot)”  while wiping his sweat.

Min Hyun, on the other hand, shared that the time they spent with the Filipino L.O.ㅅ.Es is actually so fast. Aron also expressed his gratitude by saying, “Thank you guys for making this night full of memories.”

Continuously treating fans with splendid moments, the group has signaled the nearing end of their beautiful encounter with the Manila audience.

Before wrapping up the concert, they first gifted fans with a mesmerizing number of “Segno” and a touching performance of “A Song For You”. The boy group then gave their bittersweet farewell messages to L.O.ㅅ.Es.

“It is actually our first time in Manila. Thanks to you my impression of the Philippines is really nice. Thank you for making us enjoy more than what we expected. The next time we’re back, we’ll also give more than what is expected,” Baekho shared.

JR also thanked the passionate crowd with his short but sweet message: “Thank you for giving us good memories tonight. As we perform, we were able to receive good energy and perform happily.”

In addition, Min Hyun showed his grateful heart by saying, “I really had so much fun. So while we are singing and dancing, we hear and see you guys dancing and singing as well. Thank you so much.”

Sharing how nervous he felt while performing for the first time in the Philippines, Ren said that the crowd actually helped him to stand on stage. He then surprised everyone in the venue with his adorable promise to fans, “We should always come back to Manila. Until we meet again, I hope you stay happy and healthy.”

Aside from giving thanks to the audience, Aron also took time to acknowledge the important people behind their successful concert. Specifically, he sent his gratitude to Pledis Entertainment, Live Nation, Pulp Live World, and their efficient team.

Afterward, the K-Pop quintet officially capped off the night and perhaps the month of August with a bang as they wowed their loving fans with exciting performances of “Not Over You” and “Hey, Love”. 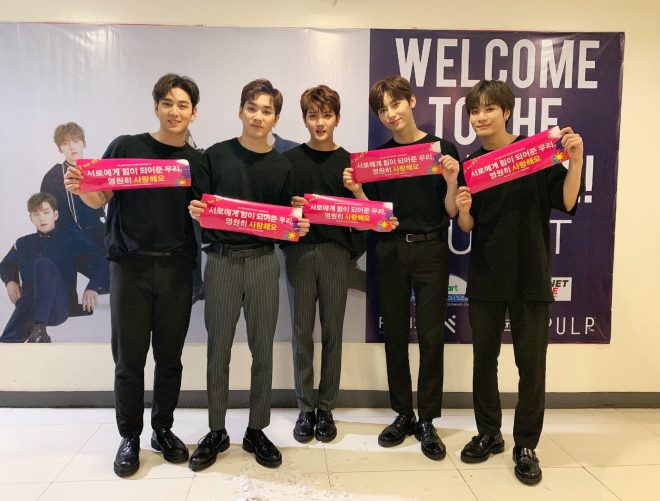 For over two hours of singing and dancing, the glorious moments of NU’EST surely became beautiful memories for the group members and fans alike. Moreover, the Segno in Manila proved that the seven years of waiting was definitely worth it for Filipino L.O.ㅅ.Es.

Check out some photos taken during the 2019 NU’EST Concert <Segno> in Manila: 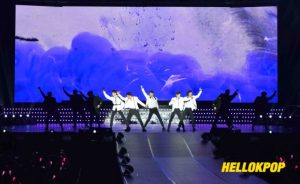 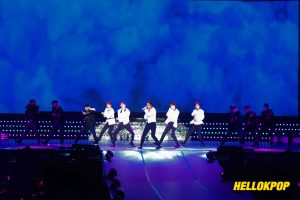 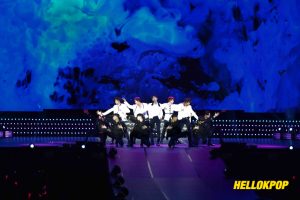 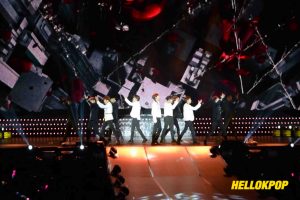 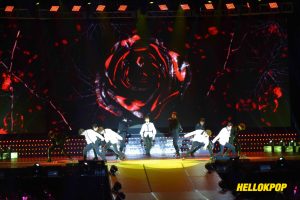 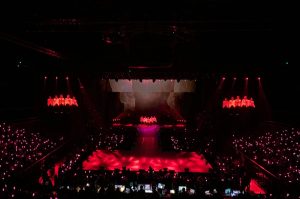