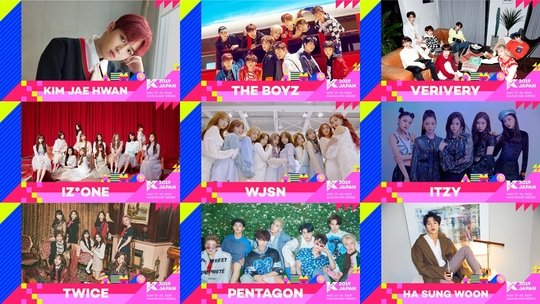 KCON Japan 2019 has made our jaws drop with its powerful and star-studded lineup!

KCON Japan 2019 has confirmed their first set of headliners for the spectacular three-day K-Pop celebration scheduled from May 17 to 19!

Marking the fifth year of the world’s largest Korean culture convention to be held in Japan, this year’s KCON makes sure to bring over some of the biggest and most talented names in the current K-Pop scene to take over the stage of Makuhari Messe!

The Boyz will be opening KCON with a bang on its first day on May 17, where they will make sure to provide stages which will leave fans completely breathless.

Former Wanna One vocalists Kim Jae Hwan and Ha Sung Woon would be reuniting on stage for the event’s first day as well, and fans are crossing their fingers for a special collaborative performance from both.

This year’s KCON is roaring with girl power as JYP Entertainment’s TWICE and their recently-debuted sister group ITZY confirm their attendance, with the former going on the show’s last day and the latter performing on May 18.

READ: Wanna One And TWICE Confirmed To Perform At KCON Japan 2018

Besides ITZY, fellow girl group WJSN and energetic rookie boy group VERIVERY will be lighting up the stage on May 18. Meanwhile, closing the three-day event on May 19 with TWICE are PENTAGON’s shining performances and IZ*ONE’s blooming stages.

Tickets for KCON Japan 2019 will go on sale starting March 19 at 10 AM, Japanese standard time, via KCON Japan’s website.