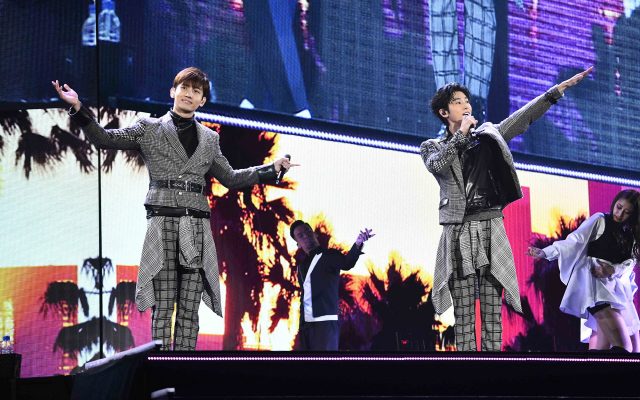 The duo continues to dominate the country as they just filled five large venues for their XV – Live Tour. 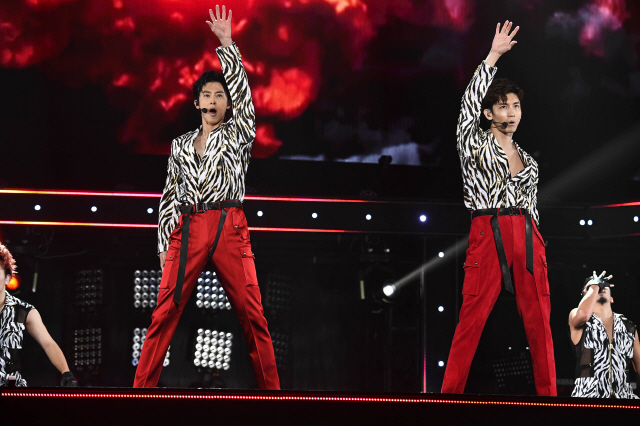 The live tour amassed a total of about 600,000 concert goers. TVXQ also achieved 5.55 million cumulative audiences in Japan, solidifying the duo’s unyielding status in the country. They held a three-day concert in Osaka (Kyocera Dome) from January 17 to 19. The concert finale on the 19th featured TVXQ’s amazing vocals and awesome performances as well as the special designed stage to form the tour’s title “XV”. It also included a rotating slope stage and a 3D hologram, which completely amazed the audience. 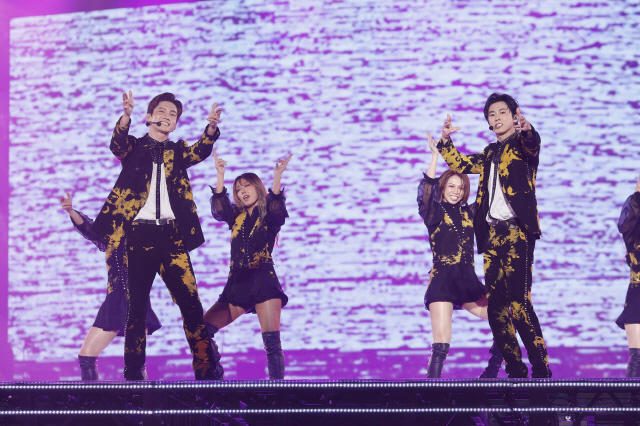 TVXQ performed “Guilty”, “Master” and “Hot Sauce”, tracks from their tenth Japanese album release, XV.  The duo performed a total of 27 songs, including the powerful dance stage performance of “B.U.T.” and “WHY”. They also serenaded the crowd with their sweet vocals as they sang “My Destiny” and “Mekakushi”. These stages impressed the viewers and earned an overwhelming response. 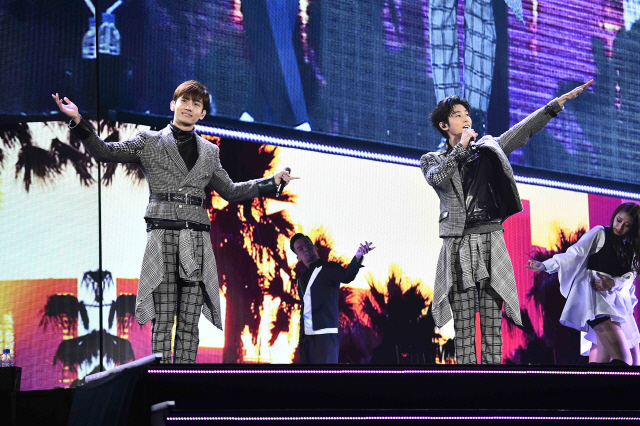 During the show, the duo announced that they will hold two additional concerts for Dong Bang Shin Ki Live Tour – XV-. It will be held in Tokyo Dome on April 25 and 26, 2020, predicting to add more numbers to their growing spectators (700,000) for this tour alone. In addition to the two-day concert, they will also hold TVXQ 15th Anniversary Event at the same venue on April 27 in celebration of their Japan debut.

READ: TVXQ’s Changmin Makes A Generous Donation To Save The Amazon Forest