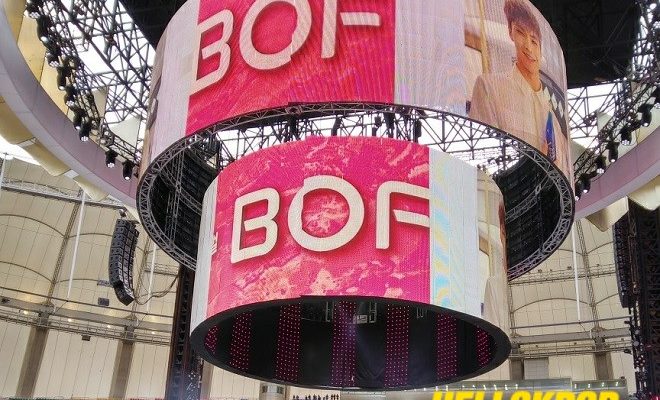 Twinkle twinkle K-pop stars. Up above Busan so high.

2016 was an illustrious breakthrough year for Busan when the Train To Busan not only terrified the whole world with Korean zombies but also with the inaugural Busan One Asia Festival (BOF) taking place successfully.

According to BOF’s website, the annual event aims to be “Asia’s number one cultural festival that presents opportunities to witness the city’s vibrant cultural scenes and the Korean Wave to young people from around the world.” 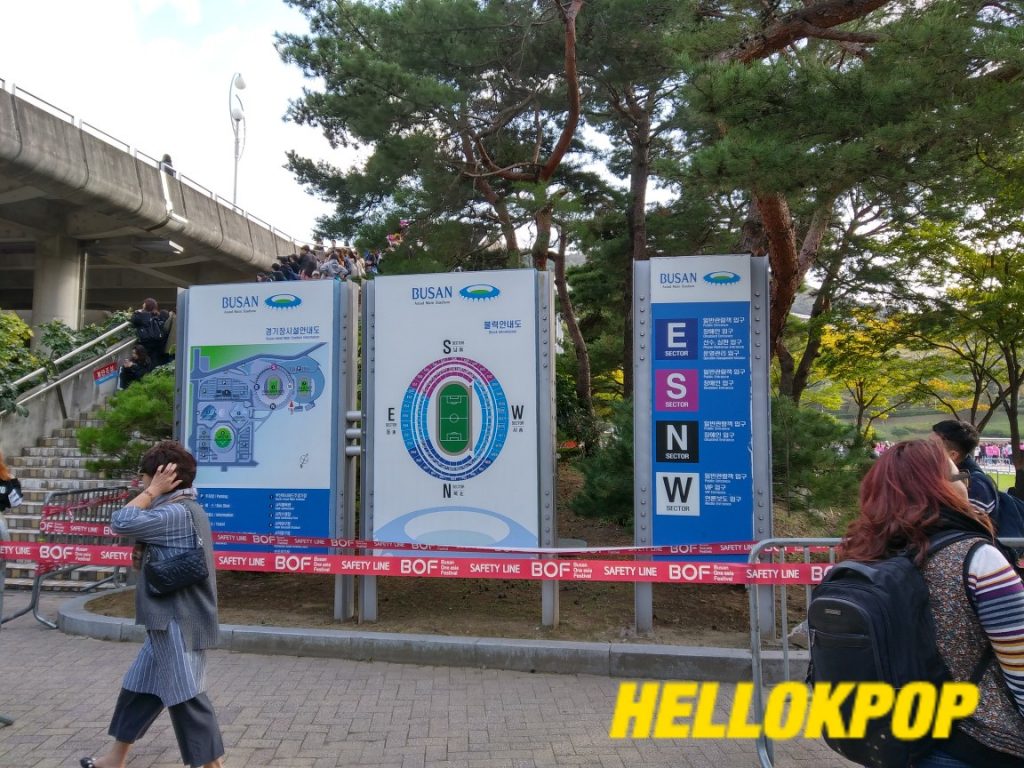 After Busan One Asia Festival 2016, the massive K-culture event continued to pave its way for the second installment in 2017. 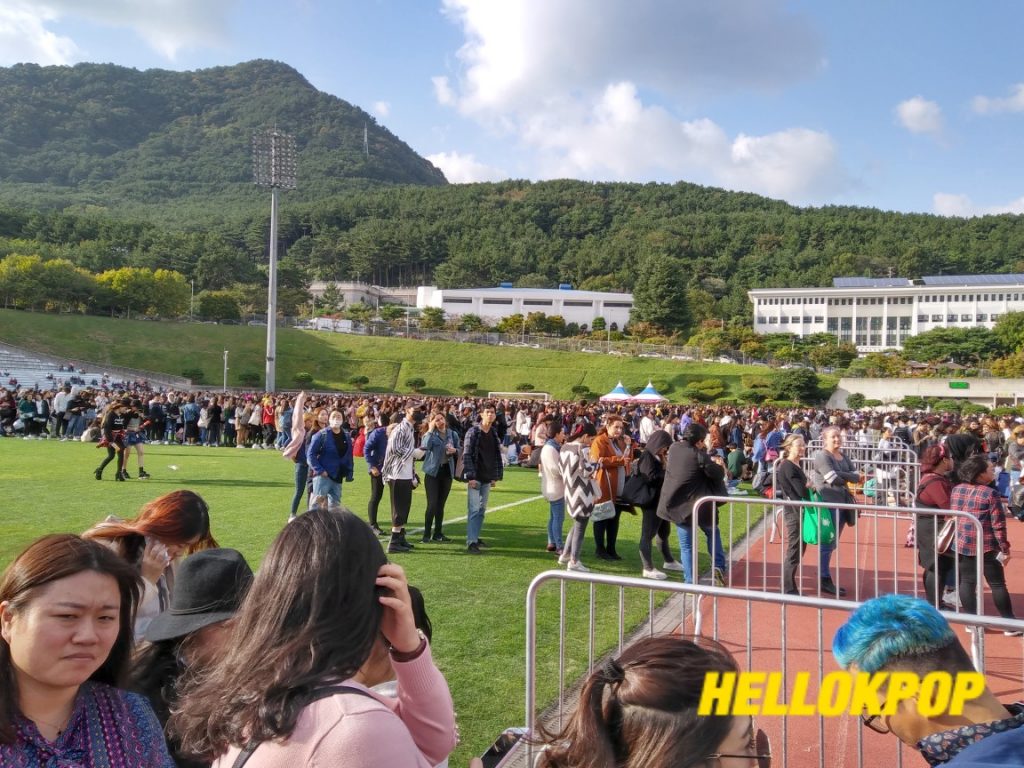 Before the opening ceremony officially began, local and international fans were spotted snaking queues as early as the night before in order to secure the best possible positions to see their favorite idol performers.

Although the seating allocation was already organized by various sections according to ticket types, the best seats were also assigned on first-come-first-serve basis. 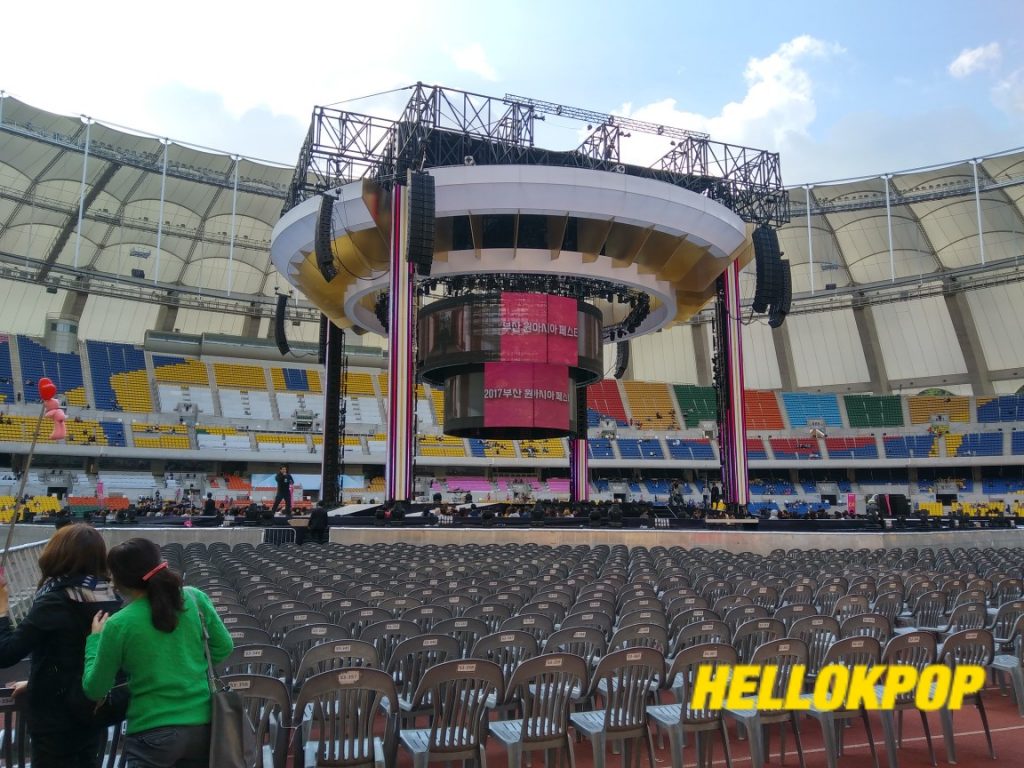 At 2pm, hordes of fans started streaming into the stadium orderly, assisted by ushers and security personnel. 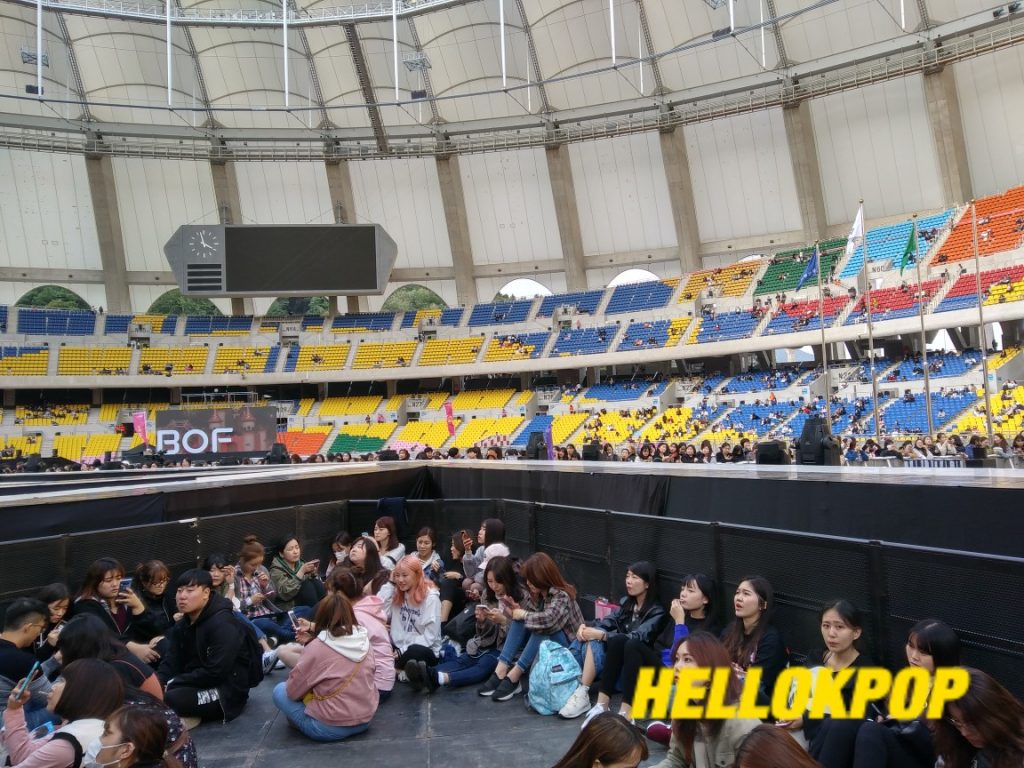 Busan One Asia Festival 2017 was an extraordinary event in South Korea this year. Here’s what happened that you should plan to be there next year: 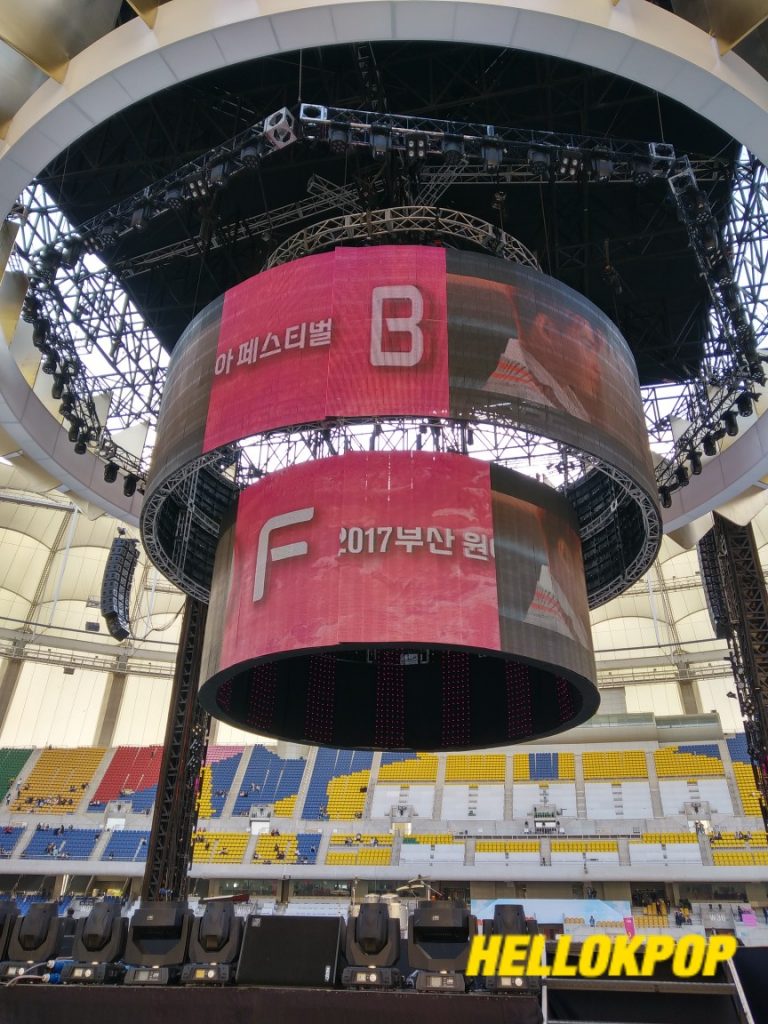 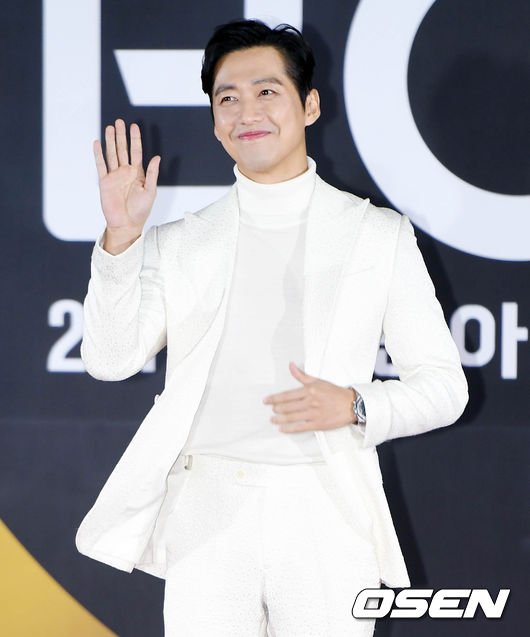 What’s more remarkable than seeing rising hardworking actor Nam Goong Min, who is well-known for his villainous-and-now-protagonist roles, taking the MC helm of BOF opening ceremony this year. From time to time, he has proven himself as an outstanding and professional actor for his sheer determination as he went on to outperform even when his drama characters seemed insignificant. Indeed, he is on a positive note this year, taking on lead roles in Good Manager to the recently concluded Falsify, with both dramas grabbing good ratings for their respective time slots.

You might be interested in this story: From Villain To Hero: Nam Goong Min Shares His Acting Journey After Successful Drama ‘Chief Kim’

Once again, BOF 2017 opening ceremony lineup was full of stars, literally. The list saw Apink, ASTRO, B.A.P, GOT7, NCT127, SF9, NU’EST W, MOMOLAND, BLACKPINK, iKON, GFriend, Wanna One and SECHSKIES on stage this year. A quick recap of last year’s lineup revealed quite a different list this time, as we witnessed newer groups like iKON and Wanna One taking part in such a significant cultural event in the country.

Some snippets of BOF 2017 opening ceremony uploaded by K-pop fans:

With a total capacity of 80,000 and globally recognized as first-class international stadium, Busan Asiad Main Stadium was built for the 2002 Asian Games, as well as used for matches during 2002 FIFA World Cup. For BOF 2017, a gigantic 360° center stage was set up for up close interactions between the performers and fans, occasioned by plumes of fires and pyrotechnics with confetti explosion that glittered the night at the end of the concert.

For YELLOWKIES (fans of SECHSKIES), the ending might well always be the beginning. On the opening ceremony night, YELLOWKIES were spotted to occupy the entire section of the upper grandstand. Dressed in their fan-colored yellow coat with yellow light stick, they owned the stadium towards the ending. Fan chats were echoed throughout in unison.

Outside the stadium, onlookers could spot these huge banners – a loud declaration that “We’ll always be with SECHSKIES”. 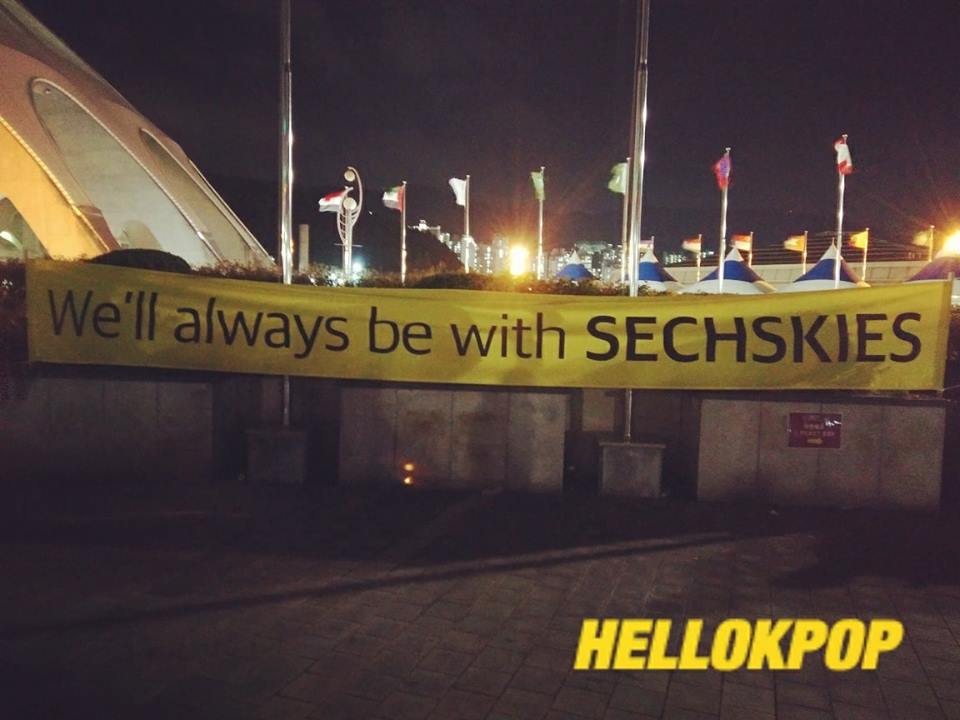 It was also interesting to observe many young children in the YELLOWKIES group as they came with their parents of all age groups. That endearing spirit was undefiable.

You hear it first here.

After Busan One Asia Festival 2017 opening ceremony, the Chairman of Korean Tourism Organization (Busan) caught up with us at the hotel lobby. He wanted to meet us personally to express his appreciation for the support of BOF and Korean wave. In the short meeting, he gave us a BOF 2018 teaser as he briefly revealed the planning is already under way and it will be “upgraded”, better compared to 2016 and 2017! The exact details are not known but for sure you can mark his words and stay tuned to BOF 2018!

With all these compelling reasons as a wrap-up for 2017, why not include Busan One Asia Festival 2018 as part of your itinerary if you are planning a trip to Korea by next autumn?

How to get to Busan

As the second biggest metropolitan city in South Korea after Seoul, Busan is efficiently well-connected and accessible by a wide range of transportation options for travelers.

Here are the three typical options to get to Busan from wherever you are: 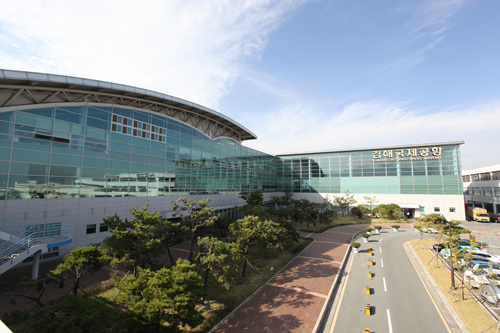 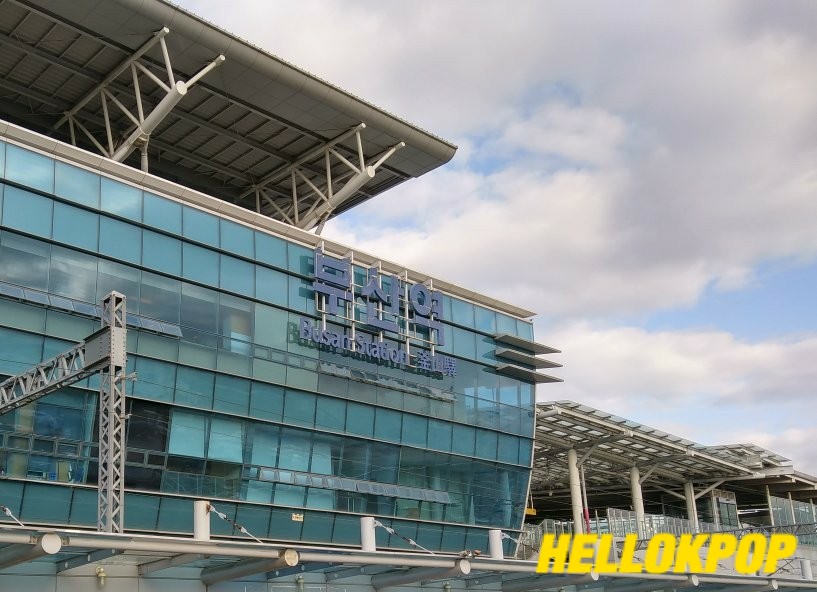 Korea Train Express (KTX) is one of the popular options to travel to Busan for travelers who come from Seoul or other major cities and provinces. The fares are inexpensive with travelling times averaging between 120 to 150 minutes. There is also a first-class option if you prefer a more comfortable seat. Snacks are readily available for purchase on the trains with self-service vending machines or from the attendant directly. To book the train ride in English, click here. 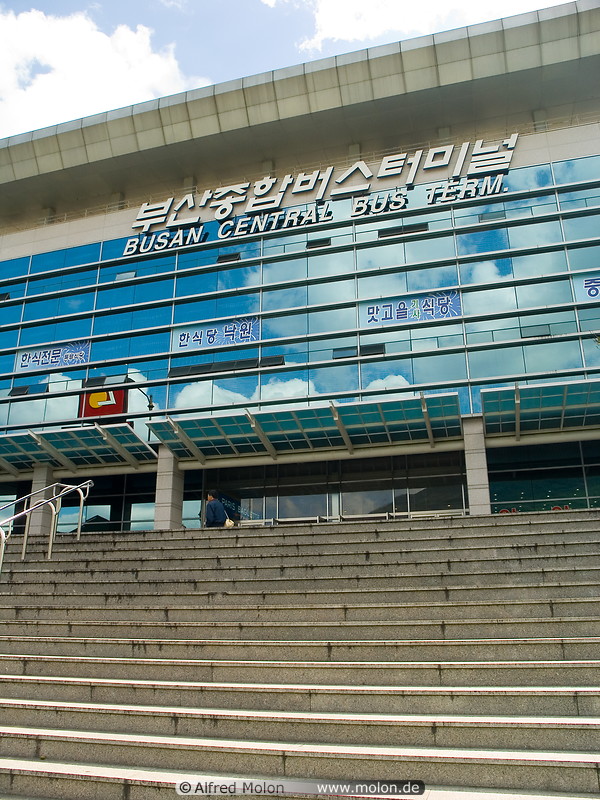 For travelers especially those on shoestring budget, traveling by bus would be super affordable, thanks to the fact that almost all cities and counties have an express bus to Busan. Click here for more information on taking bus to Busan.

Lastly, if you are looking for a budget-friendly way to travel around in Busan, try the Busan City Tour Bus Discount Ticket (BUTI). Busan City Tour Bus is an ideal option for those who want to explore Busan’s best destinations in one day at your own pace. Do not miss this chance to enjoy Busan day & night at a reasonable price!