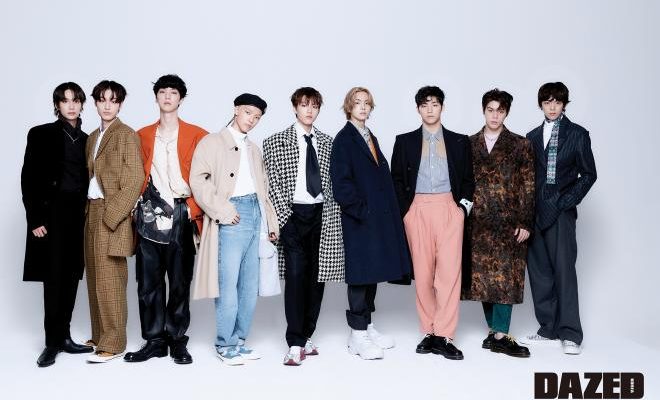 With their first magazine pictorial, GHOST9 jazzes up the pages of DAZED Korea’s October issue. 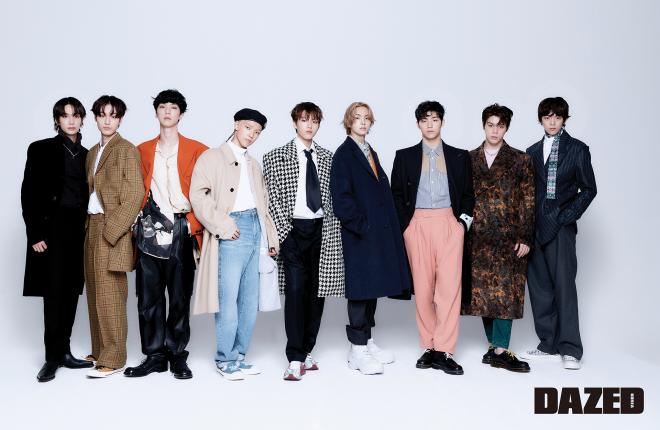 From fine-gauged suits and classic cashmere coat to lace-up boots, GHOST9 has fixated on ultrachic fineries while nodding into comfort. Nothing but their understated visuals took up the leaves of the latest issue of the magazine.

The animate photo shows the refined style of each members. With calm composure and irresistible appeal, each of them cascade daunting charms like a pro. Everything from the styling effectively showcase a diversity of luxury brand in its resident iconic form. 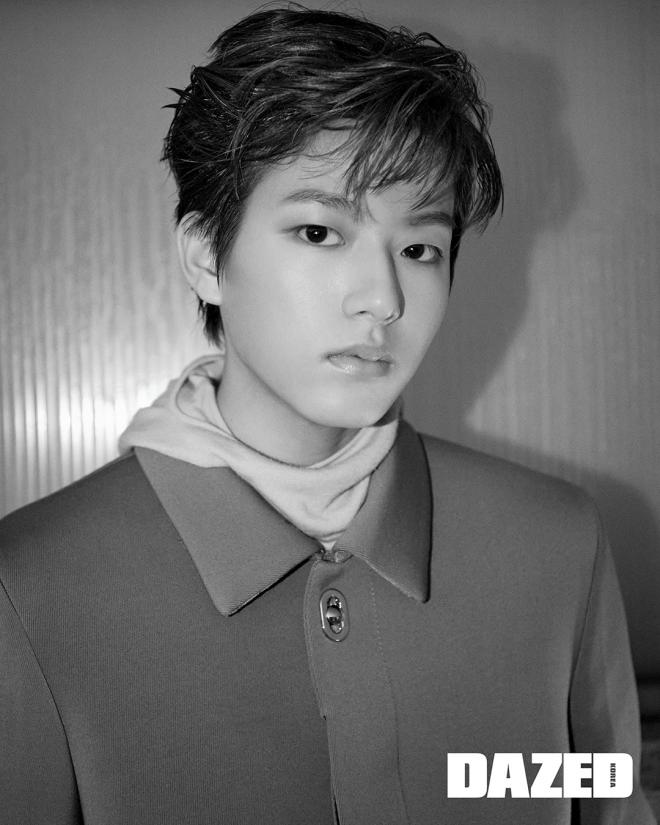 As the group sat down for an interview with the magazine, they talked about the things they want to do most after debut, their favorite artists and what superpower they want to posses if they are given one.

During the pictorial with DAZED Korea, GHOST9 member Jinwoo mentioned that he wants to play soccer with all the members.

When asked about their favorite artist and musician, he shared that he usually listen to Park Hyo Shin’s songs. He said, “He’s like my idol and a senior that I really respect. I want to resemble his singing skills and attitude toward music.”

On the topic of having one superpower, Jinwoo revealed he wants to have the ability of Luffy, from the manga and anime, One Piece. “I want to extend my arms to my heart’s content and fly like a rocket.”

Meanwhile, the full pictorial and interview with GHOST9 will be available on DAZED Korea October 2020 issue.