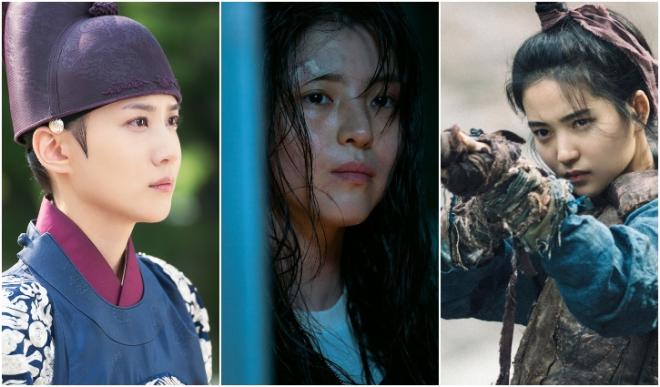 Giving a new meaning to the word valiant, these Korean drama female leads break boundaries to achieve their goals!

Recently, K-dramas have given us plenty of strong women to stan. There are so many to love, but let’s take the opportunity to highlight a few who went the extra mile to take on another name or role in order to fight off their enemies.

Yoon Jiwoo in My Name

My Name centers around Yoon Jiwoo (Han So Hee) who becomes intent on revenge after witnessing her father’s death. Driven by this goal, Jiwoo joins the crime organization her father was a part of and learns how to fight.

She takes on a new name and becomes a police officer. Working undercover for her crime boss, she transfers to Narcotics as she searches for her father’s killer. Jiwoo definitely knows how to kick ass, especially during hand-to-hand combat. Yi Hwi in The King’s Affection

The King’s Affection shows a twin sister (Park Eun Bin) taking on her crown prince brother Yi Hwi’s identity. Separated at birth due to twins being forbidden at the time, the siblings later cross paths and discover that they are identical.

After her brother dies, the sister takes on his role as crown prince. Yi Hwi learns how to protect herself, and scares her foes with her archery skills. She’s also great at clapping back at naysayers. Mr. Sunshine features Go Ae-sin (Kim Tae Ri) who is a Joseon noblewoman. She lives a privileged life thanks to her wealthy grandfather. However, Ae-sin eschews being a dainty noblewoman and trains as a sniper.

She becomes an undercover activist to fight for Korea’s independence. Strong and smart, she fights for those who are powerless. Her unfailing bravery in protecting her country is truly admirable. Which of these K-Drama heroines do you love the most? Watch them all on Netflix!

Netflix is the world’s leading streaming entertainment service with 214 million paid memberships in over 190 countries enjoying TV series, documentaries and feature films across a wide variety of genres and languages. Members can watch as much as they want, anytime, anywhere, on any Internet-connected screen. Members can play, pause and resume watching, all without commercials or commitments.