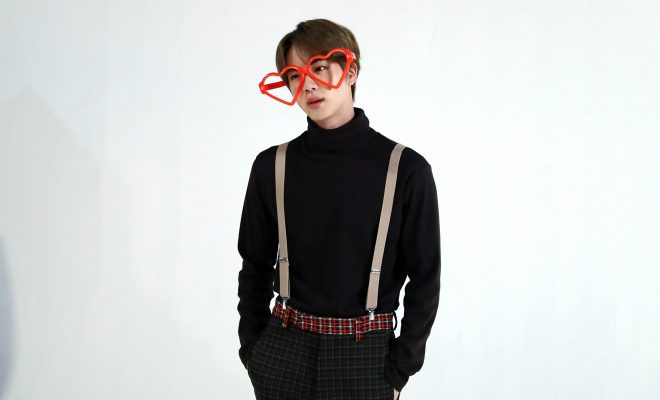 #HappyJinDay: Moments Where BTS’ Jin Showed Us Why He Is LeJINdary

From his angelic vocals to his worldwide handsome face, Jin has an innate quality to enrapture people.

It’s the special time of the year again where ARMY forms a cult which known as the JinCult. This is to celebrate the special occasion of the 27th birthday of BTS’ oldest member, Kim Seokjin known by his stage name Jin. 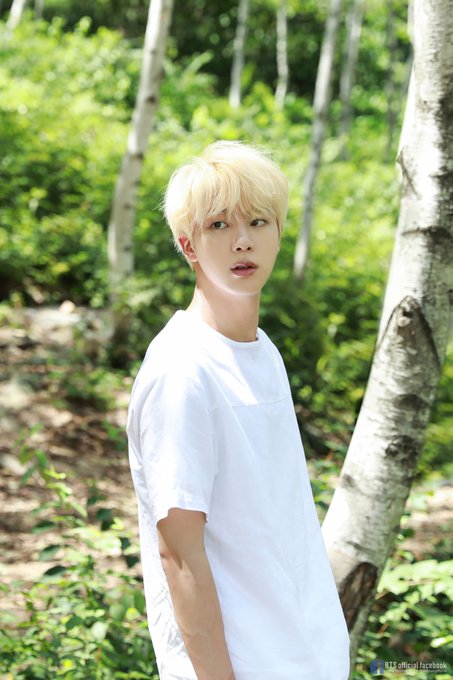 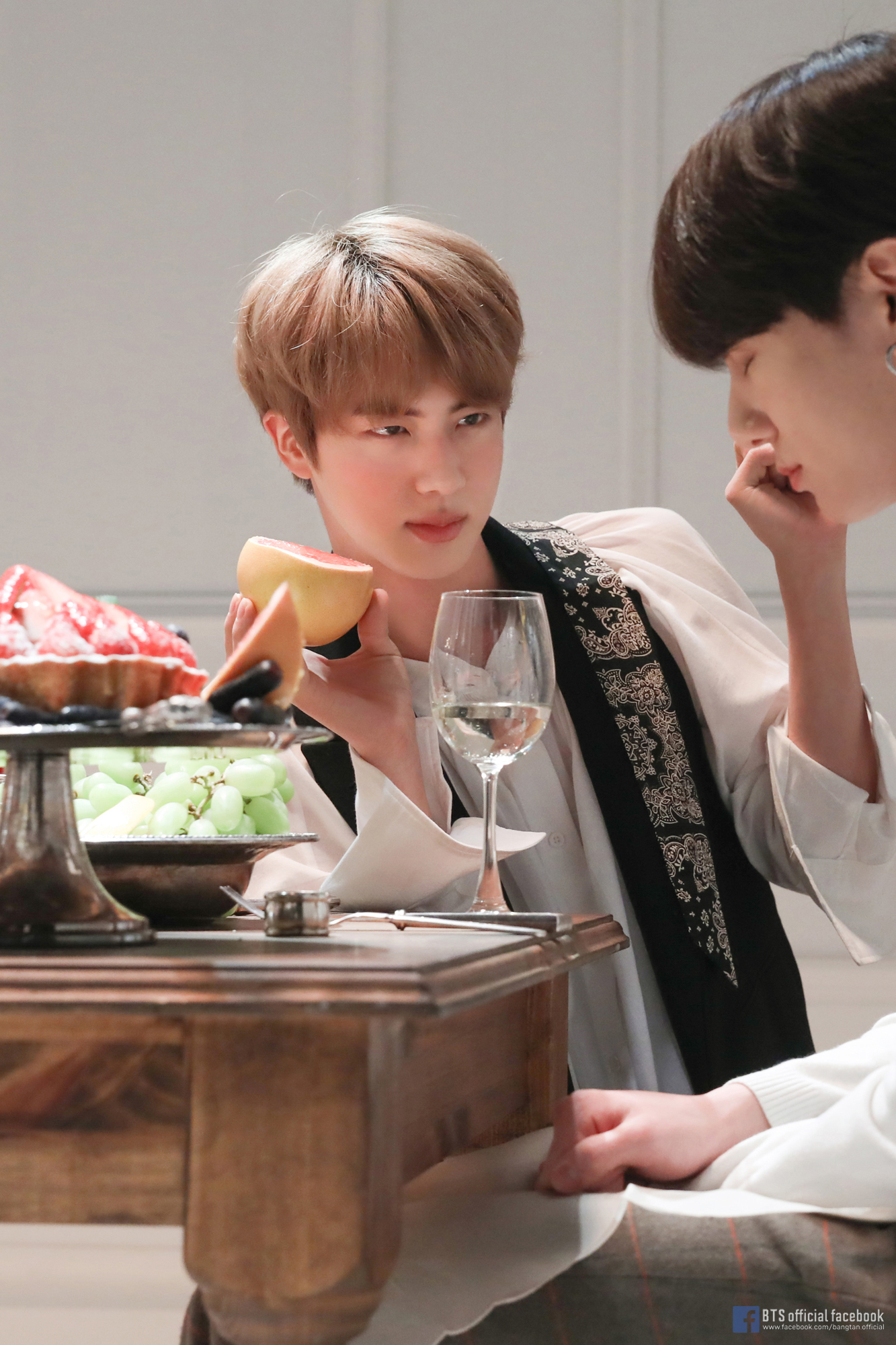 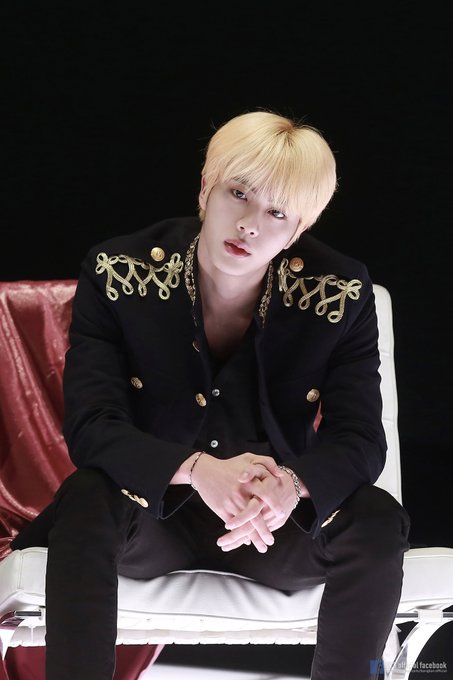 On December 4, ARMY took over Twitter to celebrate their beloved idol’s birthday. They trended multiple hashtags worldwide and as many as 15 out of 20 trends were dedicated to Jin at the onset of his special day.

As we celebrate the birthday of the worldwide handsome, here is a look at some of the moments when he showed us why he is LeJINdary:

When he correctly guessed “Carbonara”

In one of the group’s RUN BTS episodes, there was a segment where the members have to relay a word message without getting to hear each other. Jimin was especially bad at this game and he got the word wrong. He relayed the word “Lajimolala” to Jin but to the shock of everyone, Jin guesses the given word “Carbonara” correctly.

Still couldn’t get over from the moment when Jimin couldn’t able to catch the word Carbonara
But Kim Seokjin literally caught the word & snapped lmao@BTS_twt pic.twitter.com/BKkQPvP30H

When he was right about the Blue Village members

Can we appreciate how smart Jin is? Remember in Run BTS Ep.48 when he solved the clues and concluded that Yoongi, Taehyung & Jimin were the outsiders from Blue Village even tho everyone was against him. pic.twitter.com/zJw3CzgCIj

Back in May 2017, when BTS went to attend the BBMAs for the first time, they received a lot of attention from people who haven’t heard about them yet. People were especially curious about the handsome third guy from the left. This was not the first time Jin got a nickname like this. Back in 2015, he trended at the “Car door guy” in Korea after his appearance at MMAs.

i wouldnt be surprised if "The third one from the left" would trend worldwide.. Seokjin's impact #BTSBBMAs #BBMAs pic.twitter.com/T5zgavMlFL

His Heart Events for ARMY

Of course, Jin’s love for ARMY is immense and he declares it openly with his heart events during concerts and fan meetings. Jin always comes up with different creative ideas for his heart events to surprise ARMYs.

When he made the airport his runway

It was an eventful sight for the reporters and those present at the airport at that time as Jin looked like walking out straight from a saeguk drama. The traditional hanbok attire accentuated his visual features even more. Apparently, it was a punishment from RUN BTS but it was a feast to everyone’s eyes.

#BTS #Jin wearing Hanbok at the airport yesterday—heading to HongKong for #MAMA2017! He reminds me of #ParkBoGum in this Hanbok.????What do you think? pic.twitter.com/YwfTZdK7Mr

His “Do You Know BTS?” Catchphrase

There is a long history of Jin saying “Do you know BTS?” Whenever he meets someone new, it is his go-to phrase much to the embarrassment of other members. Now, even though BTS is a globally recognized group he still continues using that phrase. He was seen using the phrase in the latest episode of BTS’ Bon Voyage season 4 which was shot in New Zealand.

jin and the "do you know bts?" saga continues pic.twitter.com/H4HMLCxZBL

When he didn’t listen to his stylists

The JinHit Entertainment agenda keeps going strong as there have been numerous occasions when Jin didn’t listen to his company. Jin has always been known for being straightforward and honest with his opinions. One of his most iconic moments displaying that is when he cut off his own hair and posted that on Twitter. Earlier, this year he also made an attempt in self-dyeing his hair.

BTS’ concert at the Wembley Stadium was a moment to remember. It was also special because it was the first time that a Korean artist was performing at the venue. Jin added his special moment as he created his own version of Freddie Mercury inspired “Eh Oh” moment. The moment also made it to a post on Freddie Mercury’s official Twitter account.

When he showed his acting skills

Besides his amazing vocal and dance skills, Jin is also a good actor. His acting clearly shines in BTS’ trailer films such as in “HYYH Prologue”, “Wings Short Film Trailer”, “Love Yourself Highlight Reels”, and “Euphoria Theme of Love Yourself: Wonder”.

Lastly, but definitely not the least is when ARMY couldn’t get enough of his heavenly vocals in “Epiphany”. Definitely one of the best BTS’ intros, the song gives an optimistic message of loving oneself. From the melodious piano sounds to Jin’s high notes, the song hits all the right chords and without Jin “Epiphany” would not be the iconic song it is.