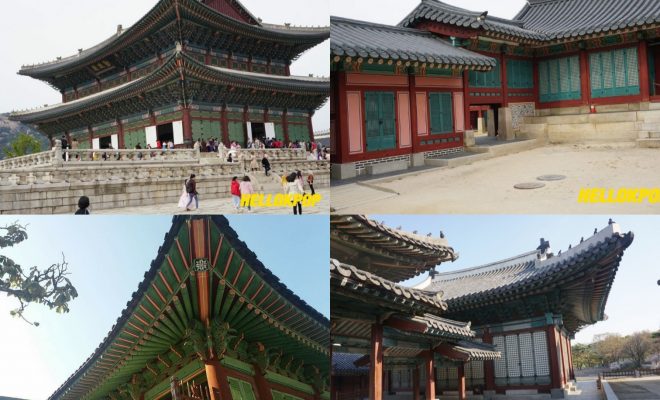 Beautiful in all seasons, a trip to the Five Grand Palaces in Seoul gives a travel experience rich in South Korea’s history and culture.

Surviving massive destruction throughout the history, the consistent drive to reconstruct the palace buildings for the future generations paid off.

Flocked by millions of tourists each year, Gyeongbokgung, Changdeokgung, Gyeonghuigung, Changgyeonggung and Deoksugung palaces effortlessly draw admiration to its visitors. 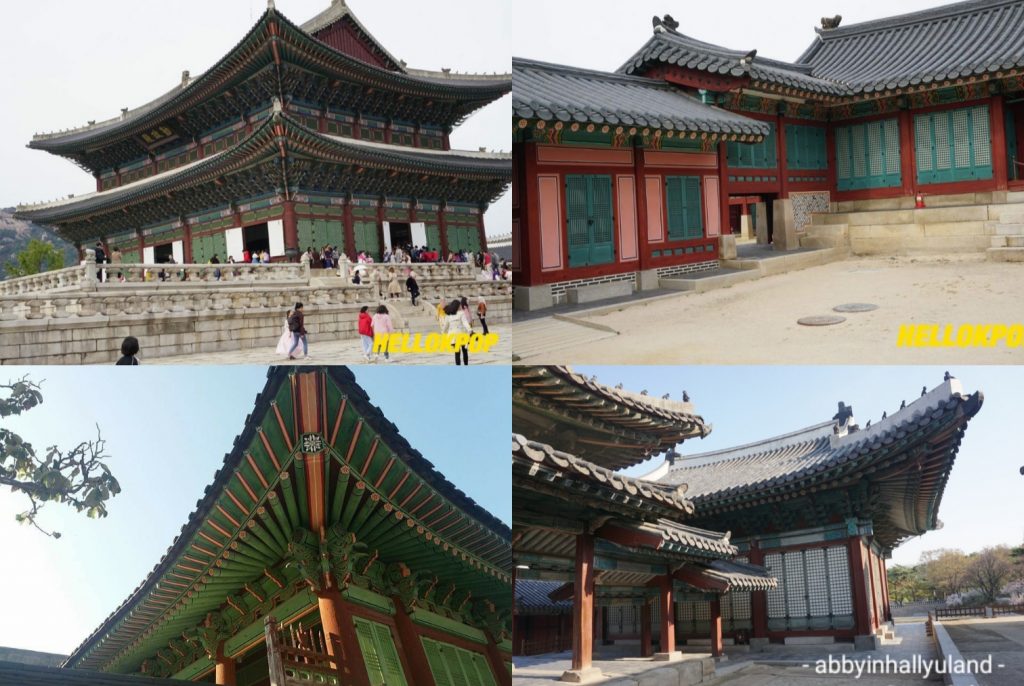 With its picturesque vistas, elaborated architecture and stunning landscapes, strolling on the palace grounds is surely an experience that will get you closer to Korean culture and nature.

While it is feasible to visit all the palaces in one day, opt to divide and conquer. That way, you get to take other interesting side trips that you can pair up with your palace visit. 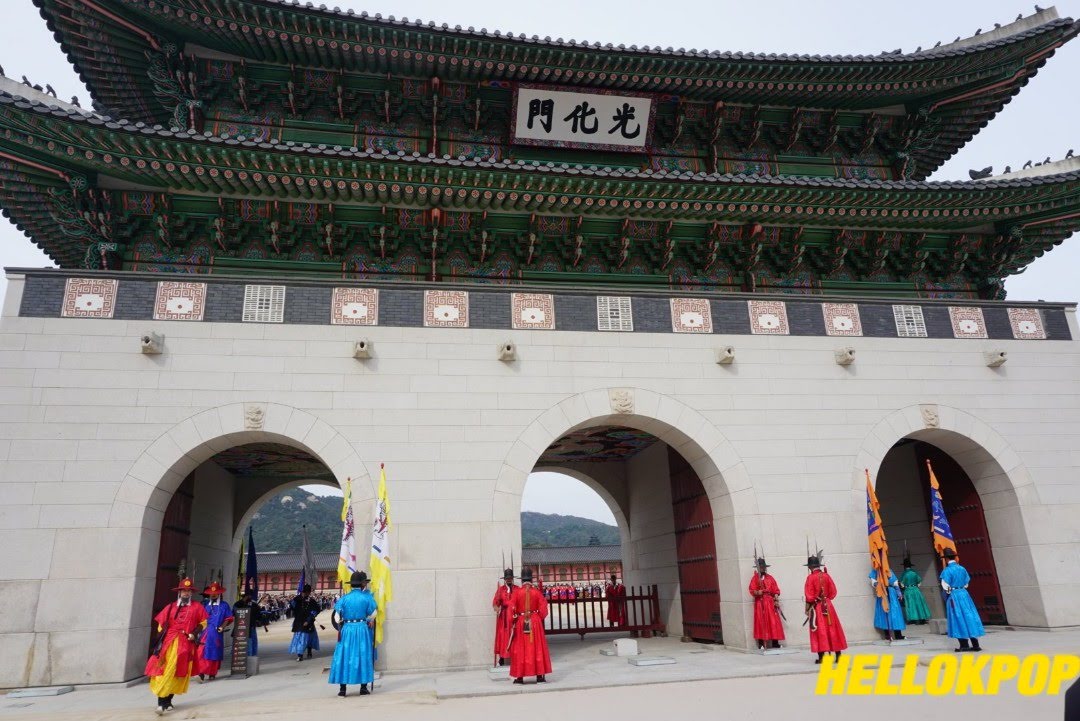 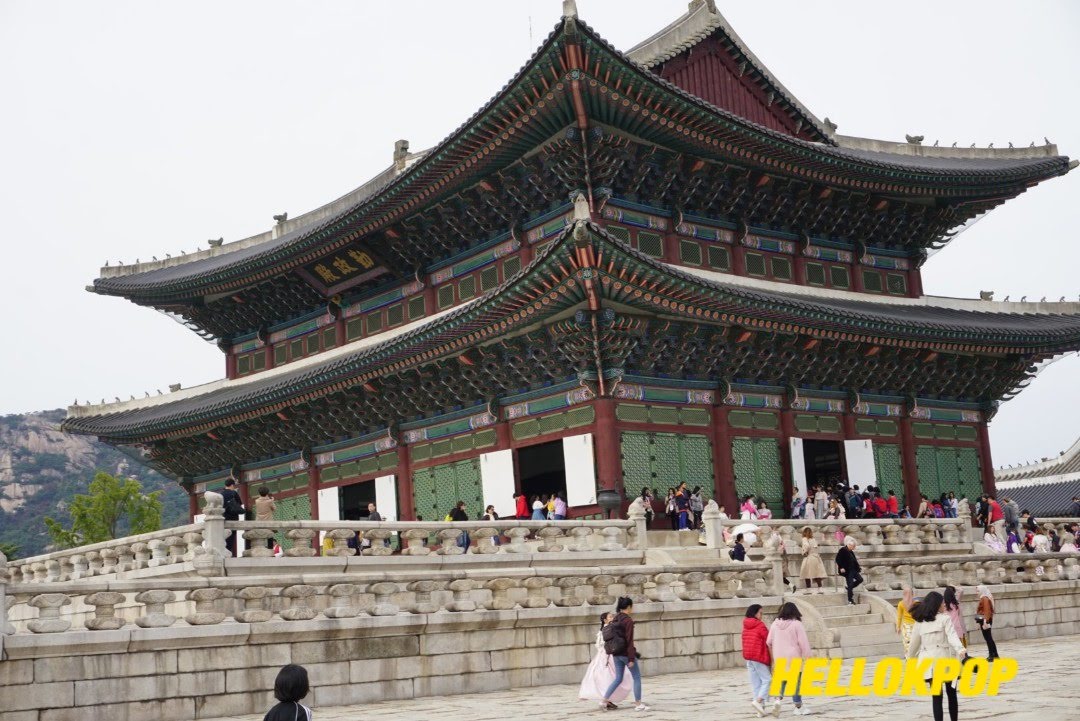 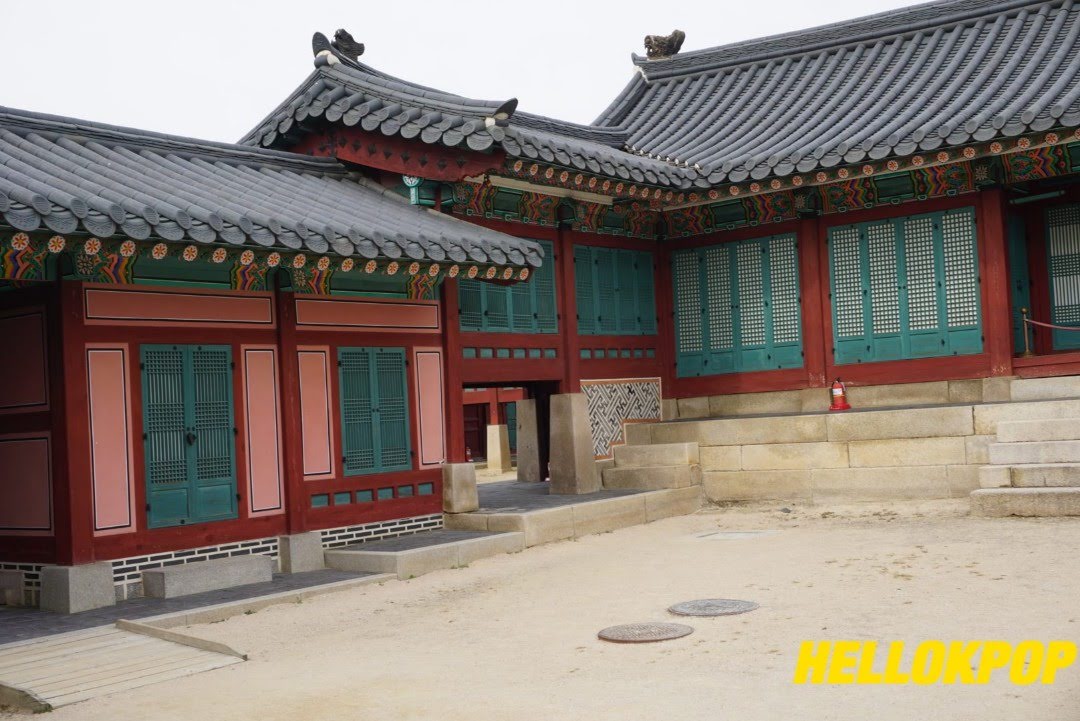 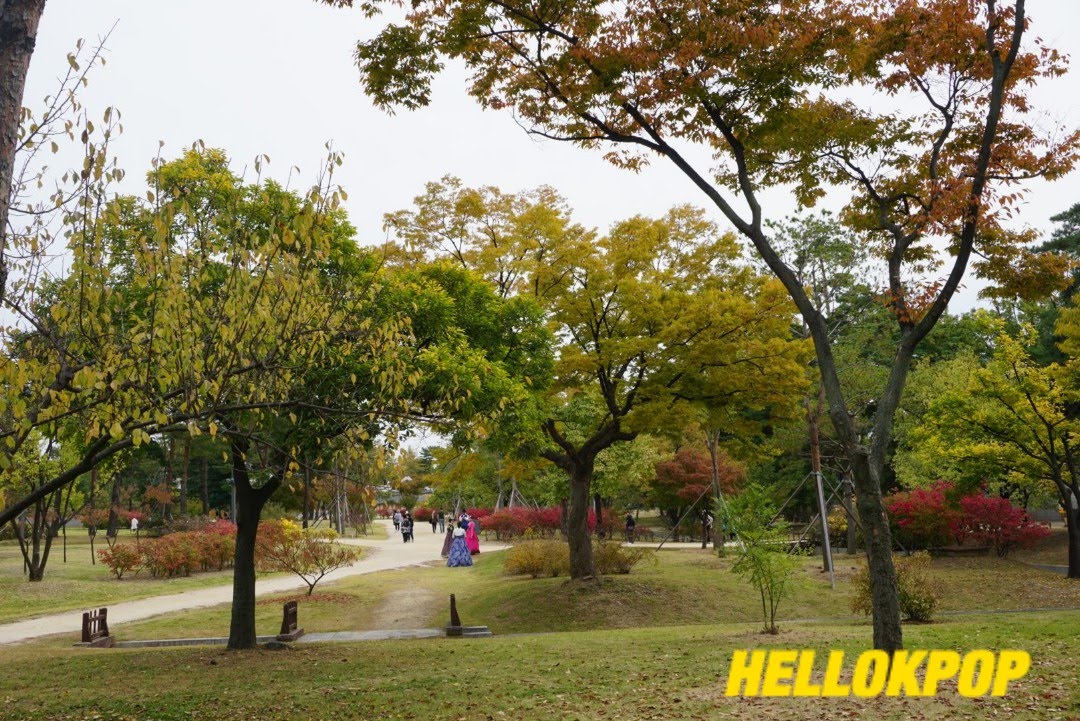 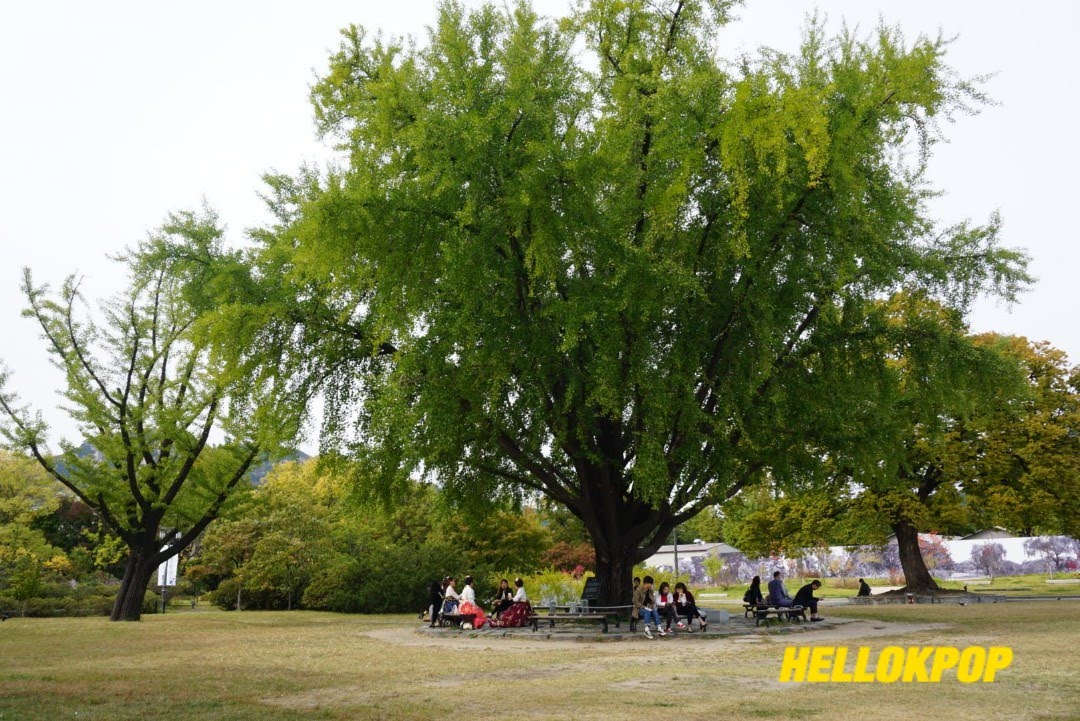 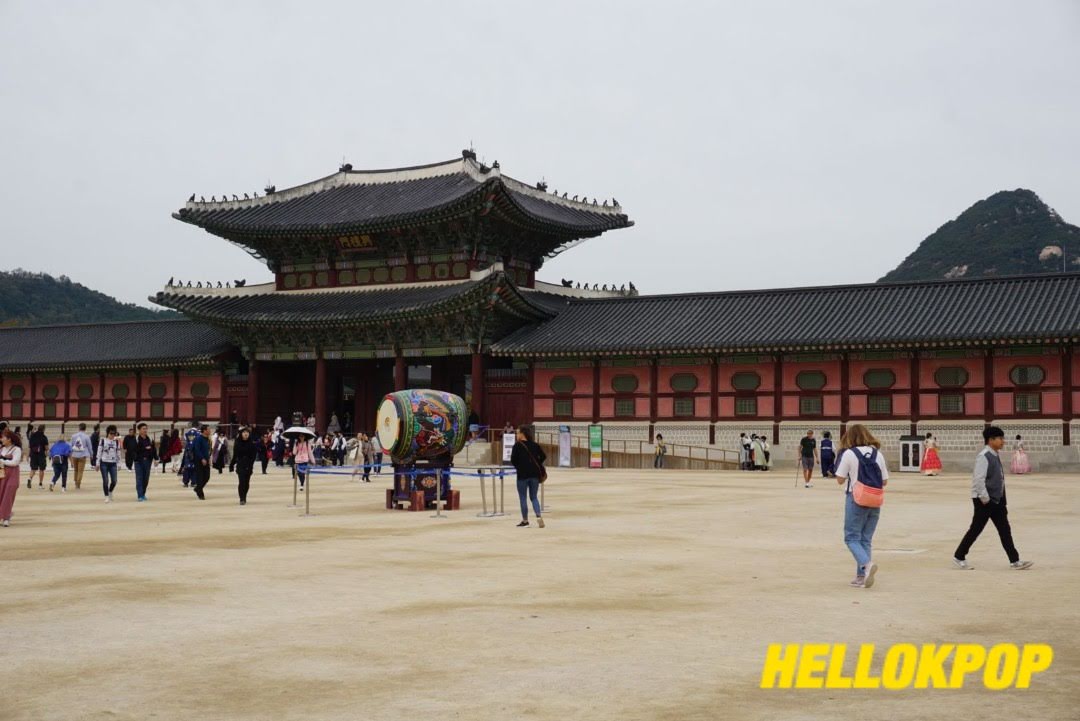 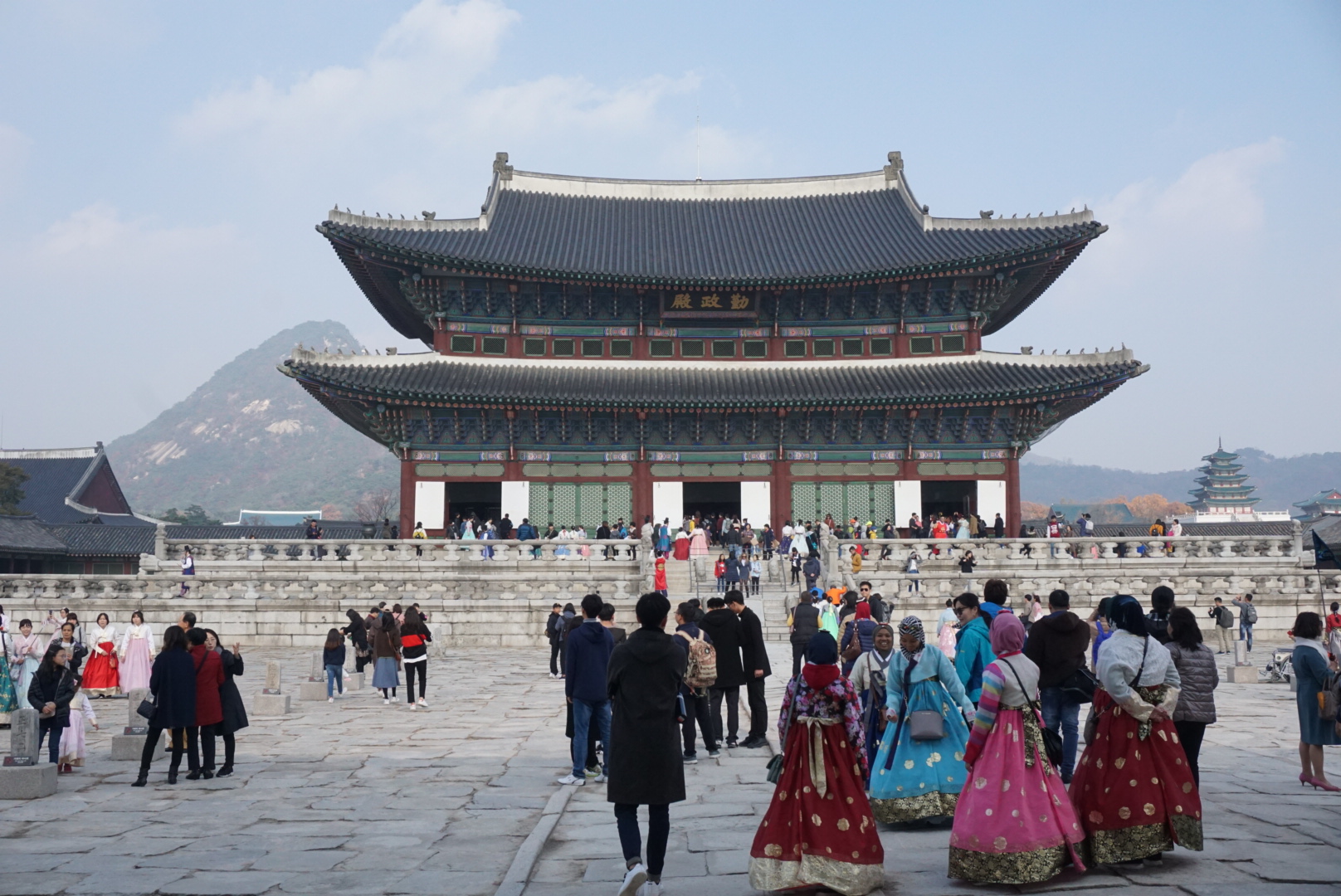 As one of the grandest palaces in Seoul, it gives off a masculine vibe with its staggering structures and amazing in-house museums. Take advantage of wearing Korean traditional dress, hanbok, while strolling on the vast ground of the palace. Hanbok rental shops are sprawled within the vicinity of Gyeongbokgung.

Inside the palace, head to National Palace Museum of Korea and awe at the Joseon era royal relics displayed. Additionally, you can add a visit at National Folk Museum of Korea which is also housed in the palace grounds. There, you can learn about historical artifacts used by Korean people in the past.

How to get there: Take a cab or Seoul Subway – (Gyeongbokgung Station Line 3 Exit 5) 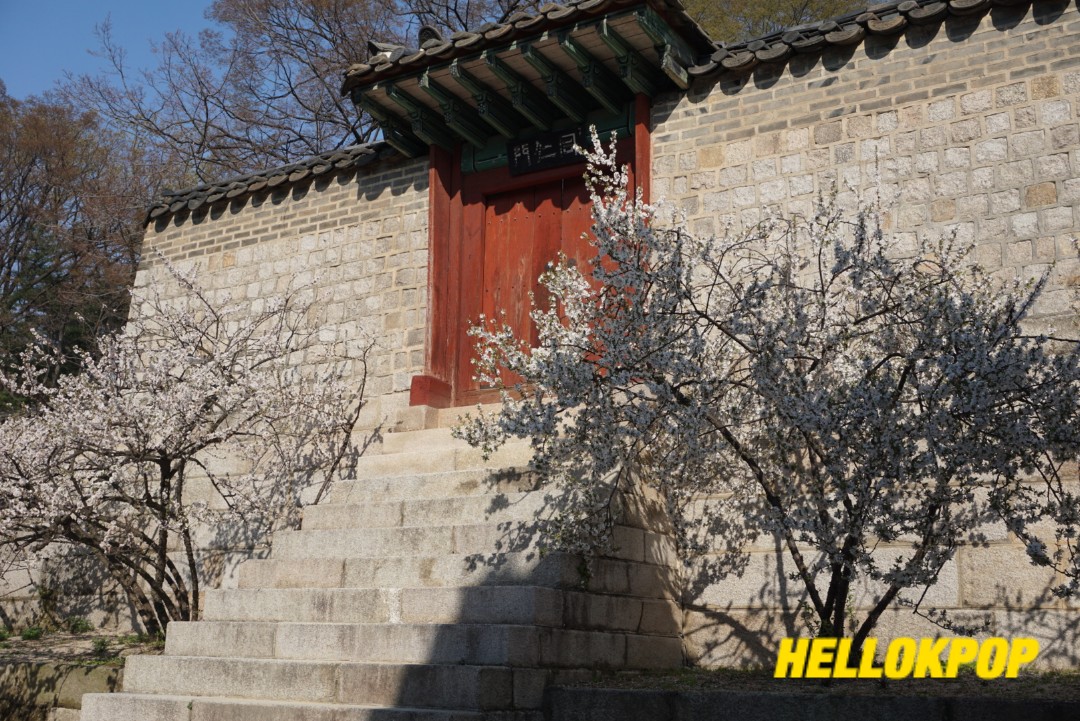 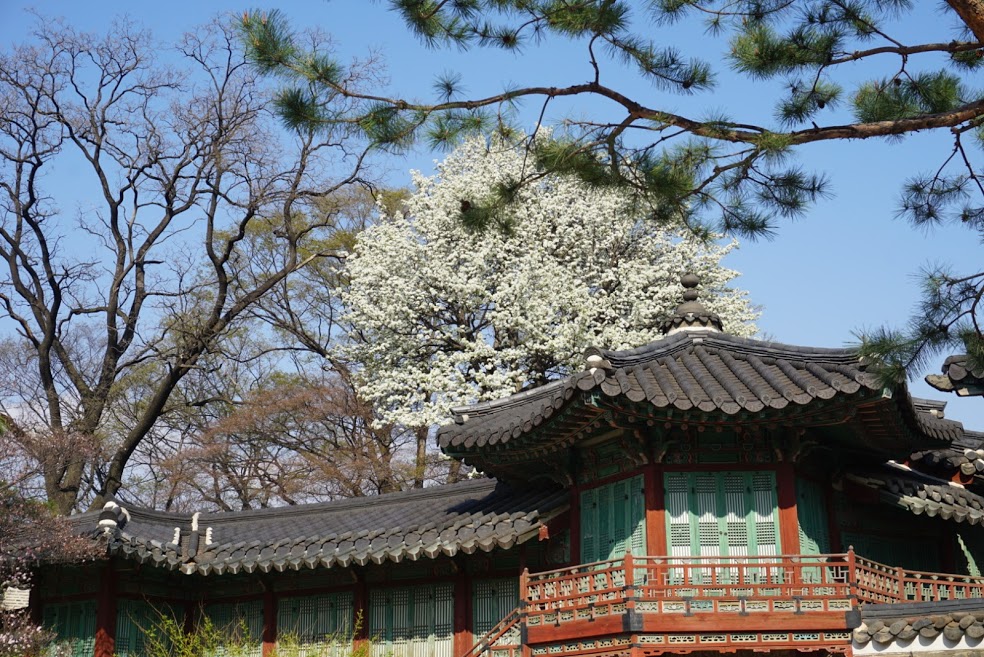 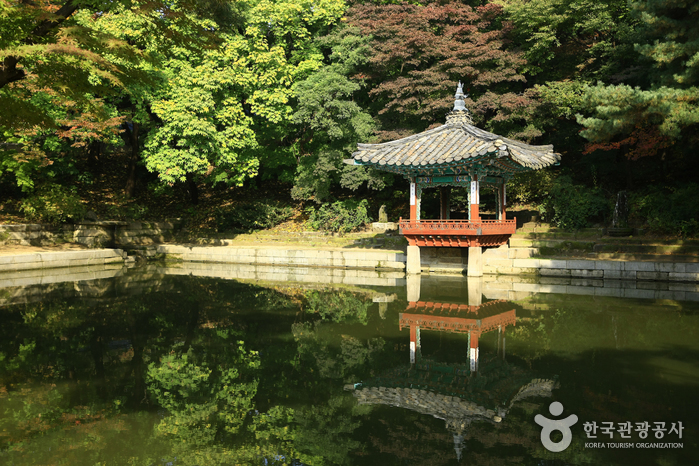 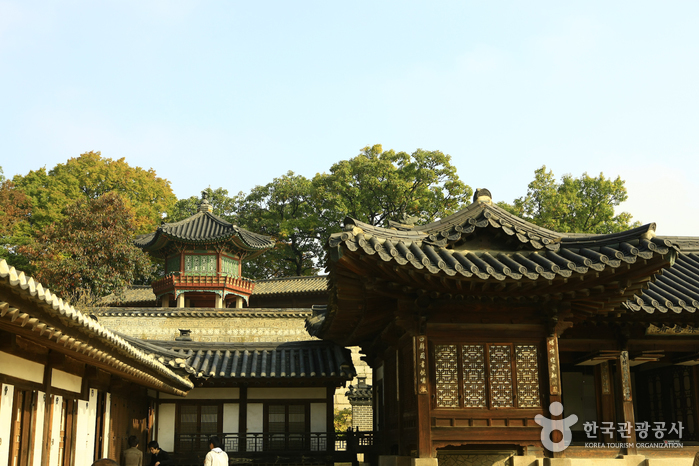 The UNESCO World Heritage site palace boasts a less structured pattern, yet the architectural design complements the breathtaking nature enclosing it. Built in 1405, the palace grounds features a rear garden that can still be thread on by visitors to this date.

How to get there: Take a cab or Seoul Subway – (Anguk Station Line 3 Exit 3) 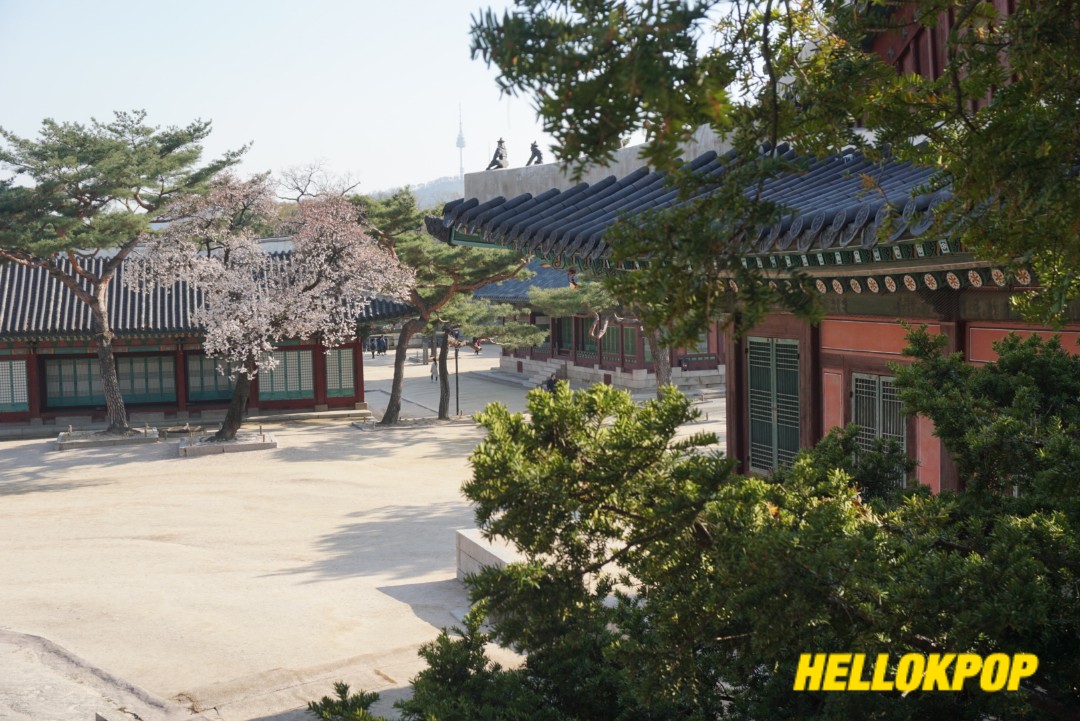 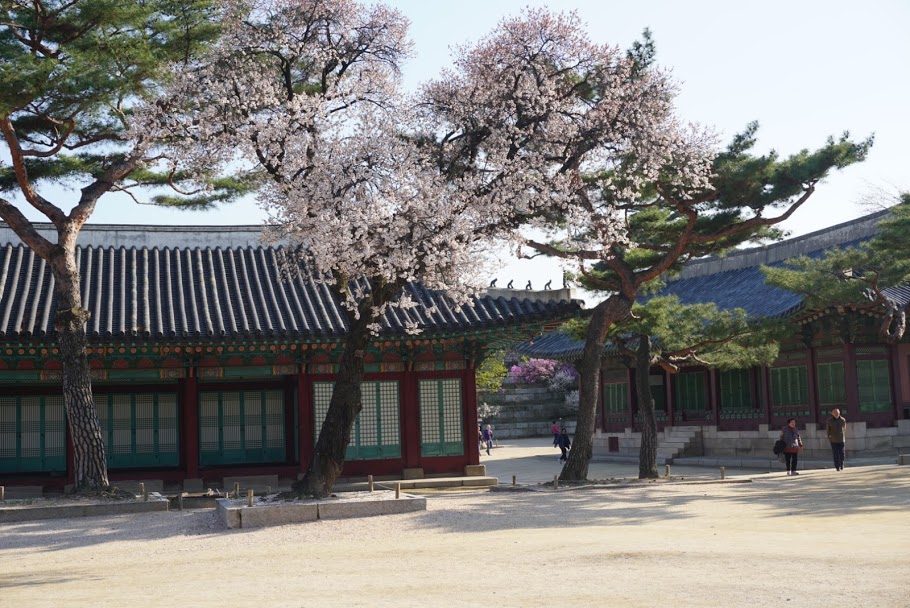 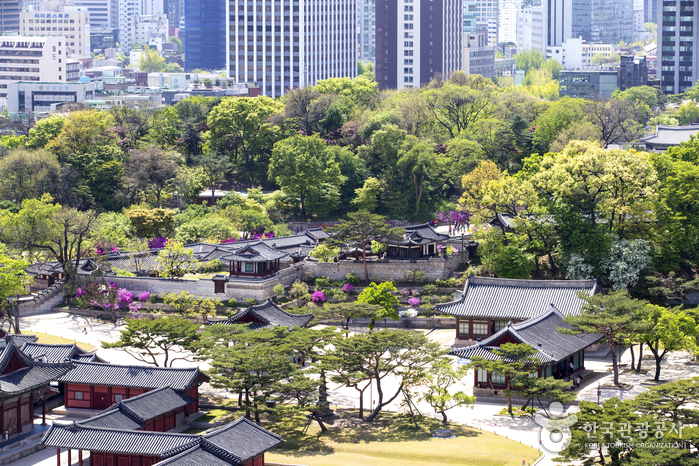 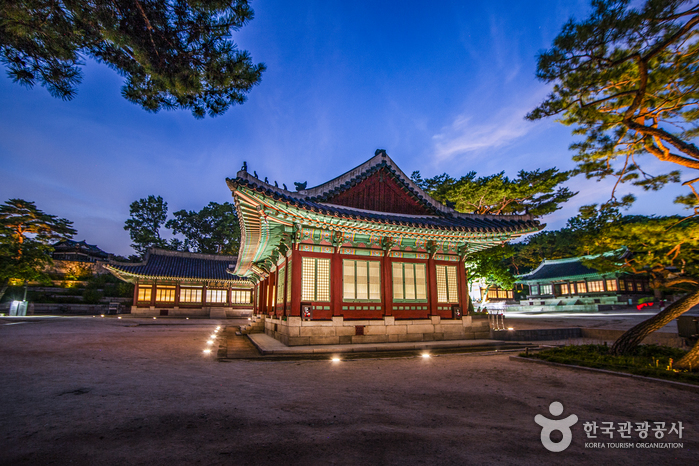 Stunning in Spring, Changgyeongung Palace withstood multiple destruction and has been once converted to a modern park during Japanese colonial period. Especially during Spring, you can bundle Changgyeonggung and Changdeokgung if you wish to see charming cherry blossoms.

How to get there: Take a cab or Seoul Subway (Anguk Station Line 3 Exit 3) 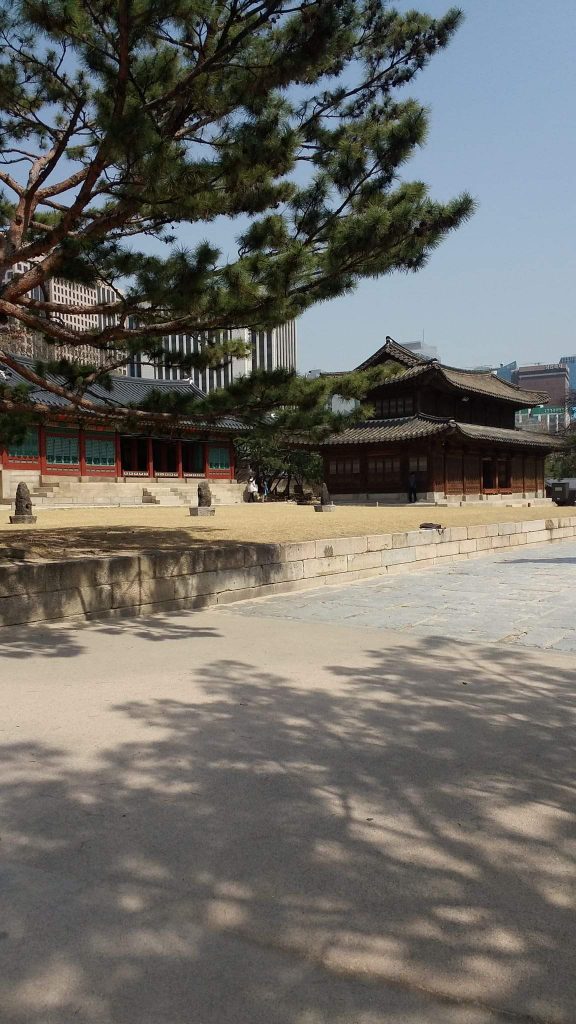 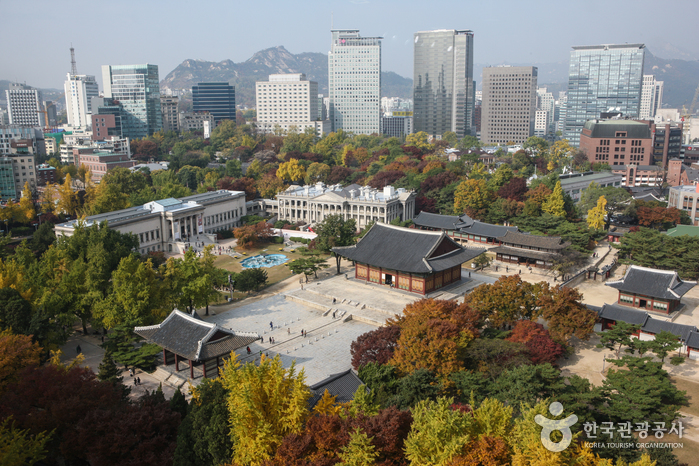 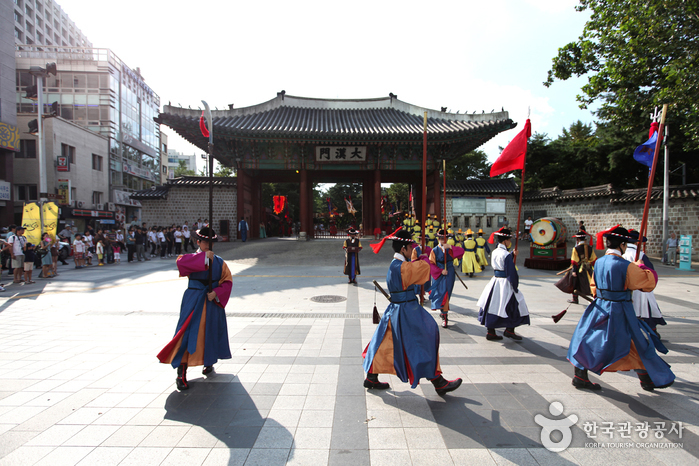 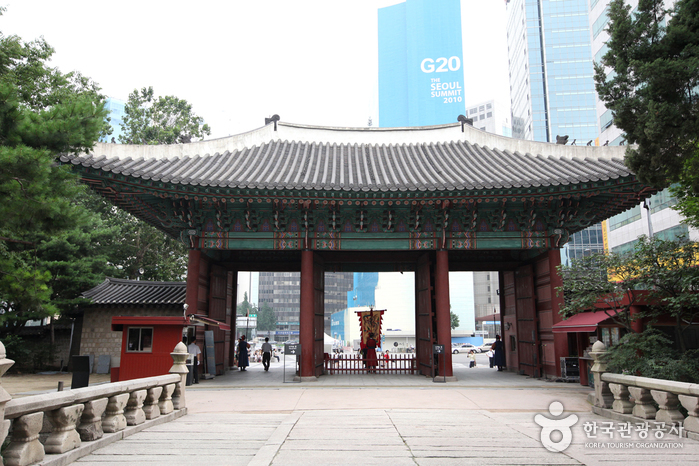 Like the rest of the palaces which were ruined in the course of Korea’s history, Deoksugung Palace survived and kept a quarter of its original structure. Its key point is its fusion of modern and traditional elements. It is the designated palace during the Korean empire. Coupling your visit to Deoksugung with Gyeongbokgung takes you to an immersing trip down Korea’s history lane. 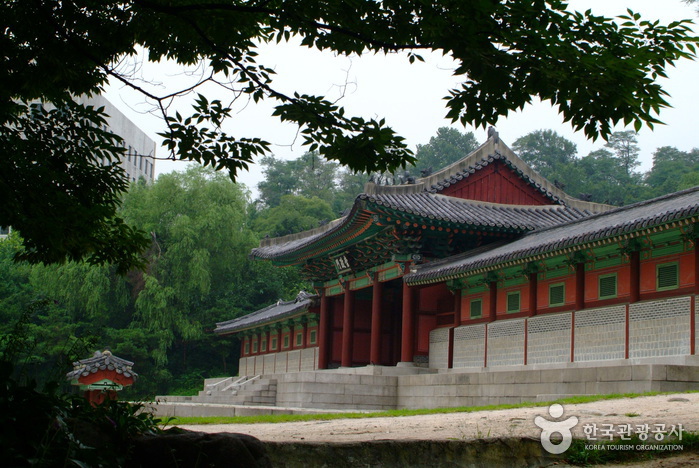 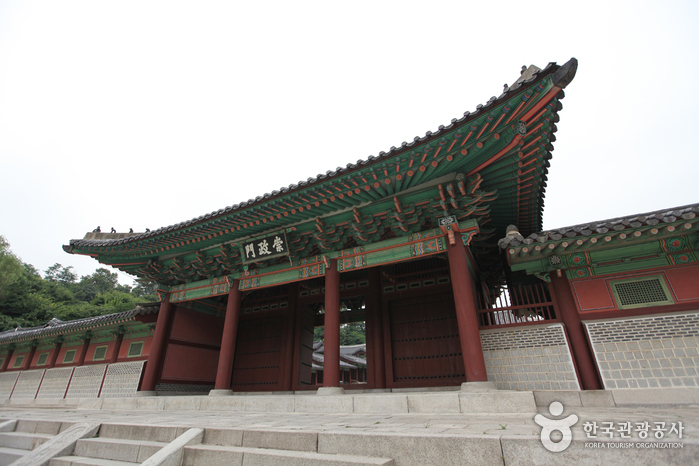 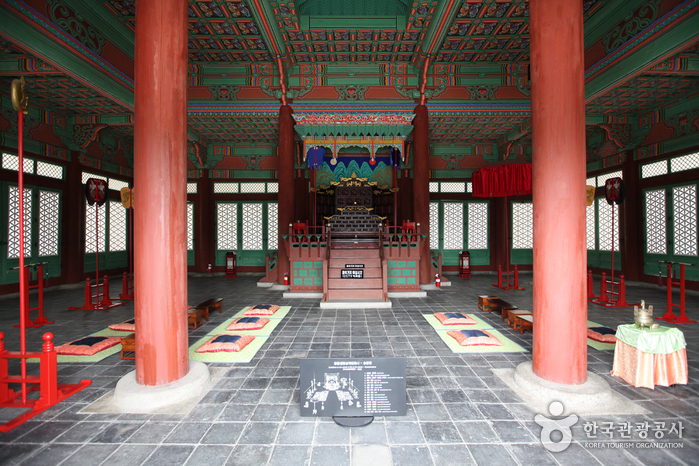 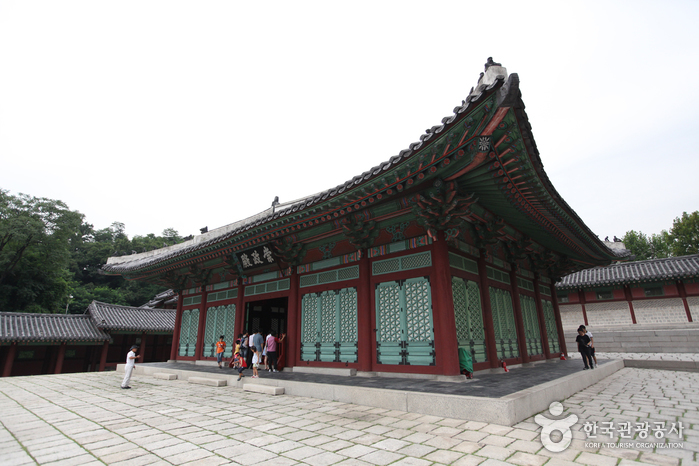 Midway Joseon period, Gyeonghuigung served as the secondary palace for the Joseon King. Later, during the Japanese occupation period, a school was housed in the palace. Its impressive architecture fits in well to the oblique geography of the surrounding mountain.

How to get there: Take a cab or Seoul Subway – (Seodaemun Station Line 5 Exit 4)

Make sure to visit the Five Grand Palaces in Seoul when you intend to visit South Korea soon.

Get the best of both worlds by choosing Four Seasons Hotel Seoul as your haven while on a business trip or traveling!

Four Seasons Hotel, located at the heart of Seoul, offers amazing views of the city and the nearby Gyeongbukgong Palace. Situated close to Gwanghwamun Square, it is the perfect spot for travelers, locals and foreign, who want to experience the bustling city life that combines well with the city’s historical vibe.