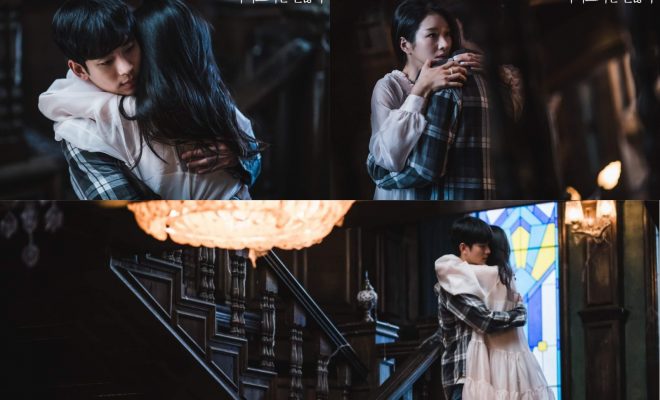 Episode 6 of It’s Okay To Not Be Okay reveals some of the past moments that gives a justification behind the current psyche of the main leads.

Some baby steps but Kim Soo Hyun and Seo Ye Ji’s characters are getting to understand each other better in episode 6 of It’s Okay To Not Be Okay. The painful past incidents in both of the characters’ lives had caused a huge emotional burden. Nevertheless, they are learning to rely on each other little by little. 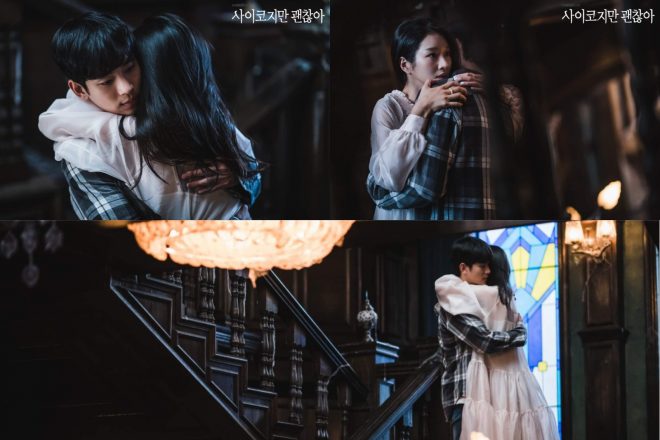 A fight and growing pains of a child

Moon Gang Tae goes to Go Moon Young’s mansion to look for his brother but gets acquainted with a new information. Apparently, Go Moon Young made Moon Gang Tae (Oh Jung Se) sign an agreement wherein it states that she had hired him as her illustrator and as an employee, he must work from her house.

The younger brother gets enraged and tries to talk the older out of leaving the place but to no avail. As Gang Tae rips off the contract papers, fight ensues between the Moon brother. Sang Tae yells stating, “You don’t own me! Moon Sang Tae belongs to Moon Sang Tae.”

A flashback from the past shows a young Moon Gang Tae (Moon Woo Jin) returning home happily after earning his red belt in Taekwondo. But happiness suddenly turned into gloom when his mother scolds him for leaving Sang Tae (Lee Kyu Sung) alone as a consequence of which he got badly bruised.

Making things worse their mother also comments, “I sent you to learn taekwondo so that you can protect your brother.” Seeing how his mother has amounted his life worth to only being the caregiver of his brother, Gang Tae yells back to his mother saying, ” Moon Gang Tae belongs to Moon Gang Tae.” In a fit of rage, he also remarks that he wishes his brother to be dead. 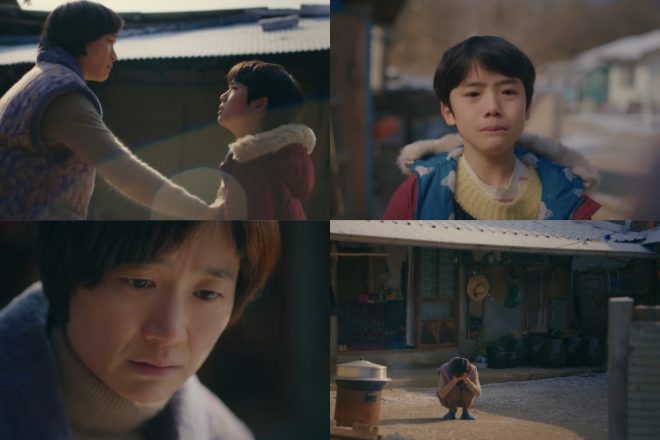 The savior at the frozen lake

After that, Gang Tae runs away but Sang Tae follows him to give him the belt that he had dropped. The brothers reach a frozen lake and with his anger cooled down, Gang Tae goes back to his brother. As both the brothers are playing, Sang Tae’s toy falls in the region of thin ice. While going to retrieve the toy, the ice cracks with the impact of his steps and he falls in the frozen water.

Watching the brothers from a close distance is a young Go Moon Young (Kim Soo In). Meanwhile, Gang Tae has second thoughts of leaving his brother to drown but evidently, he jumps in to save his brother. He manages to get Sang Tae out of the water, but unknowing of the grave danger, the older brother leaves the younger behind.

Go Moon Young who is still watching, picks a flower and starts plucking its petals to decide whether she should help the boy or not. Despite the answer derived from the petals was “No”, she helps the boy by throwing a block of ice so that he can float and get out. 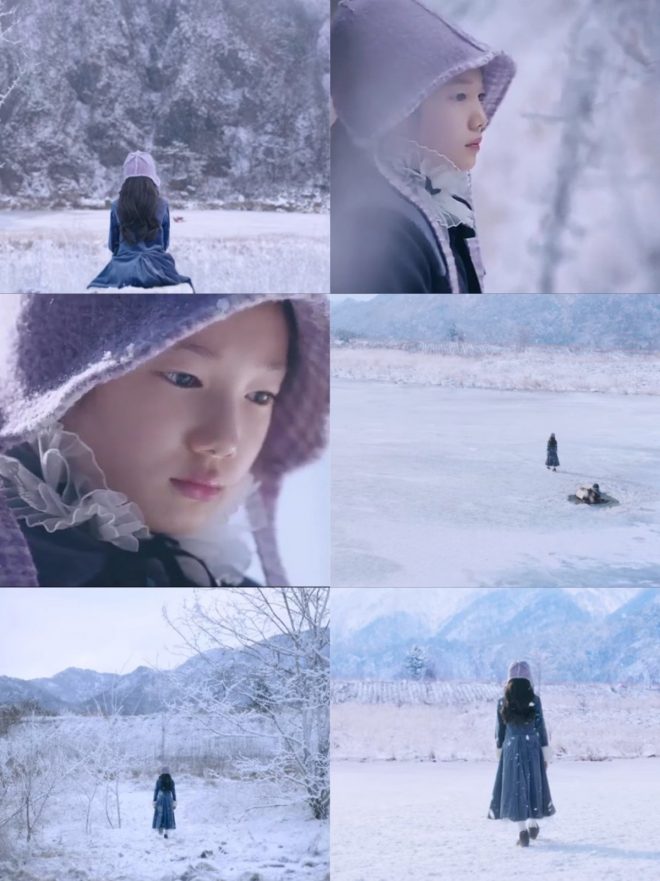 Back at home, Gang Tae is perturbed with what had happened at the death castle. He takes a look at the piece of torn paper that he had snatched from his brother. The document reads that as per the contractual agreement, Sang Tae will be working as an illustrator for Go Moon Young in exchange for a camping van instead of money.

On learning the reason behind Sang Tae’s actions, Gang Tae is puzzled with what action he should take next. However, Kang Sun Dook (Kim Mi Kyun) advises him to let his brother work unaware of the fact that the employer is Go Moon Young.

Finally, Gang Tae goes back to Go Moon Young’s place again and agrees to live there along with his brother but they will stay seat on weekends. Additionally, he asks her to respect his brother and that Sang Tae must be allowed to exit the contract whenever he wishes. 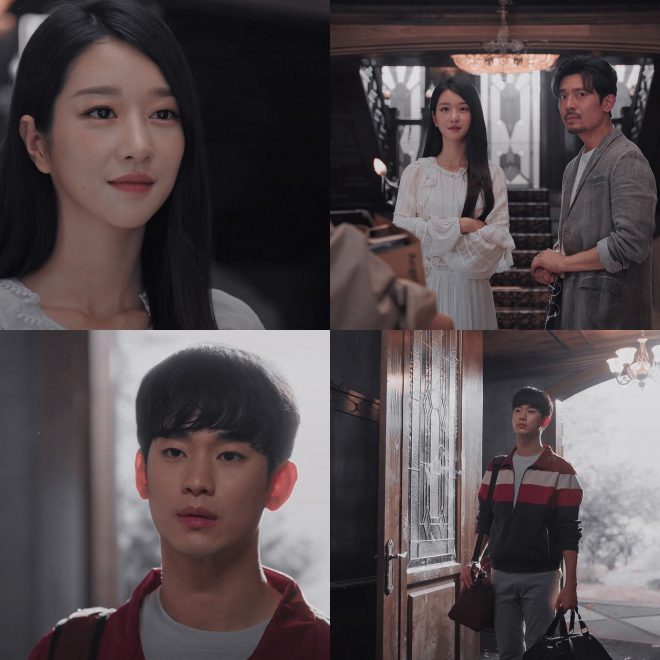 Bluebeard’s story and the basement

Exploring the grand house, Sang Tae discovers that there is a way that leads to the basement. Before he could venture further, Moon Young stops him. Then, she proceeds to narrate the folktale of the Bluebeard.

Bluebeard was a rich man who lived in a grand castle. However, people in his surroundings feared him because of his blue beard. So, one day, when a poor young woman approached him and expressed the desire to be his bride, he was elated. Therefore, the man gave his wife all his possessions and treasure.

The only exception was the basement room, which he asked her to stay away from. But, one day, out of curiosity, the woman went to base men. To her horror, she found the dead bodies of women strung up for display. Those women were the former wives of blue beard who did not heed to his warning and ended with that fate.

After hearing that story, Sang Tae narrates the same to Gang Tae, and asks why the villagers were so afraid of the Bluebeard. Gang Tae says it’s because his beard was blue and he was different. Then again when asked if being different means living alone in a castle, Gang Tae answers in negative and says that he will eventually find someone who will love him for who he is. 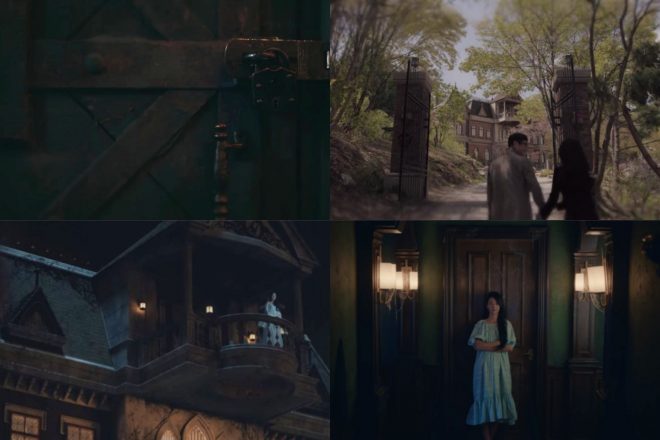 The nightmare and a promise

The very next day, at the hospital, Moon Young is stopped by a patient named Kang Eun Ja (Bae Hae Sun), who claims to be her mother. For a moment, Moon Young is frozen and even proceeds to address the lady as “Mother” but when the lady starts stating irrelevant facts, she realizes that she is deluded.

The meeting had huge aftereffects in Moon Young’s mind. Later that night, she sees another dream again where she is the young Moon Young and her mother is brushing her hair whilst talking to her.

Moon Young’s mother tells her that she must always listen to her. To this, Moon Young nods in affirmation but then her mother suddenly transforms into a scary being and says, “Then, why did you bring him here? I am going to kill him.”

On hearing the cries of Moon Young, who is having a nightmare, Gang Tae rushes to her. She tells him to run away while tugging tightly to his heart. Realizing that this is her cry for help and that she really needs him, Gang Tae tells her that he is not going to leave her. 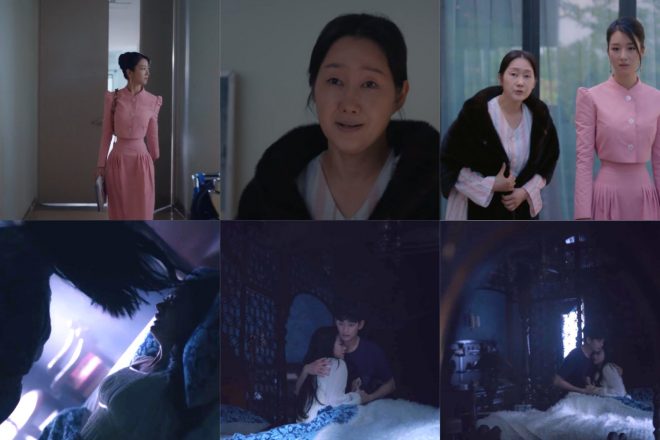 It’s Okay To Not Be Okay Episode 6 Afterthoughts

Some of the mysteries were unfolded but the much bigger suspense is still yet to be revealed, which continues to draw the curiosity of the viewers. For me, this is one of the best episodes of the drama as we finally get the progress in the relationship of Gang Tae and Moon Young.

Furthermore, the revelations of the past has given a little amount of valid reasoning on why these people are the way they are. I completely understood why Gang Tae got frustrated at his brother but then, Sang Tae does not deserve to be treated harshly either.

It was quite heartbreaking to see that Sang Tae learnt the phrase that he belongs to himself from his brother during his worst moments. On the other hand, Moon Young does care if it’s even a little bit which is why she saved the drowning kid even when the flower petal said otherwise. Kudos to the young child actors of the drama! They are just too good.

The heartwarming breakfast scene was just everything that viewers could ask for. It shows how Moon Young was deprived of love and care for so long. For sure, after mingling with the Moon brothers, she will get better. 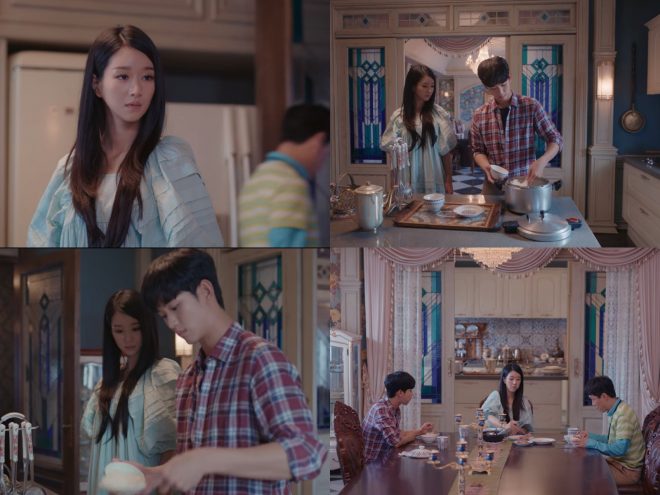 The story of the Bluebeard also has got me intrigued. Given the fact, that Moon Young’s stories always represent a part of herself, I am wondering on the connection of Moon Young’s parents with the basement. Also, I cannot ignore the fact that whatever Moon Young remembers might not actually be the accurate representation of what had occurred.

Also, asides from the storyline, the brilliant cinematography and direction is consistent in this drama. It is a great visual delight and I love every bit of it and I am sure that other drama lovers do too. In this intense narrative, I also love some of the comedic relief that comes from Nam Joo Ri (Park Gyu Young), Kang Sun Dook (Kim Mi Kyun), Lee Sang In (Kim Joo Hun), and Yoo Seung Jae (Park Jin Joo).

Lastly, I appreciate the epilogue that visualized the story of the Bluebeard from Moon Sang Tae’s point of view. I can imagine that the cast had a lot of fun while shooting it.

It’s Okay To Not Be Okay airs every Saturday and Sunday via tvN and is also available for streaming on Netflix.