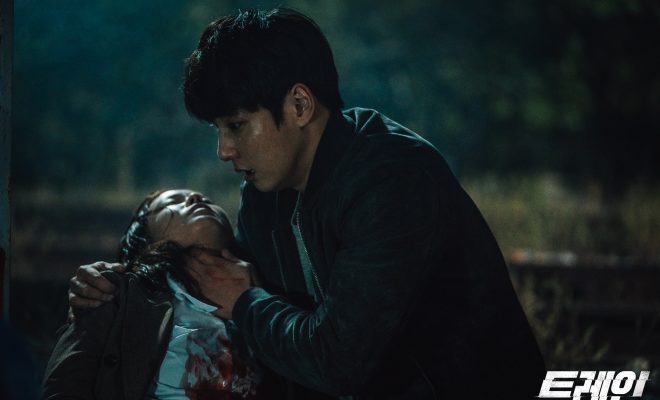 The thrill, the cryptic details and the parallel world premise of Train surely pique interest especially for crime series’ fans. Make sure you do not miss out this swift-moving treat from OCN.

The skeletons at Mukyeong Station

While apprehending a remorseless molester, Seo Do Won (Yoon Shi Yoon) stumbles on four skeletons hidden inside a luggage on the tracks of a non-operational train station. It becomes an instant task for his team, who is still working on the rapist’ case.

Receiving a warning from Chief Detective Oh Mi Suk, Do Won was asked to sign a voluntary leave. He refuses, and promises that he is almost in the cusp of pinning the molester with a convincing evidence.

Earlier, the case was dismissed by Prosecutor Han Seo Kyung (Kyung Soo Jin) because of lack of solid evidence. Do Won manipulates a scenario to obtain the memory card of the sex offender. Chasing to cuff him for bumping his car and running away, they unexpectedly land on a crime scene.

Hoping to celebrate Seo Kyung’s birthday with Do Won, the chief detective prepare a meal, but he did not come. 12 years ago, both Do Won and Seo Kyung lost their fathers. One was murdered, while the other was a victim of hit-and-run.

Do Won rescued Seo Kyung from being sexually harassed by her step brother Lee Sung Wook. He also brought her to stay with the chief detective. All the while, he and the chief detective become her family. But, he suddenly cut ties with Seo Kyung without explaining the reason why. 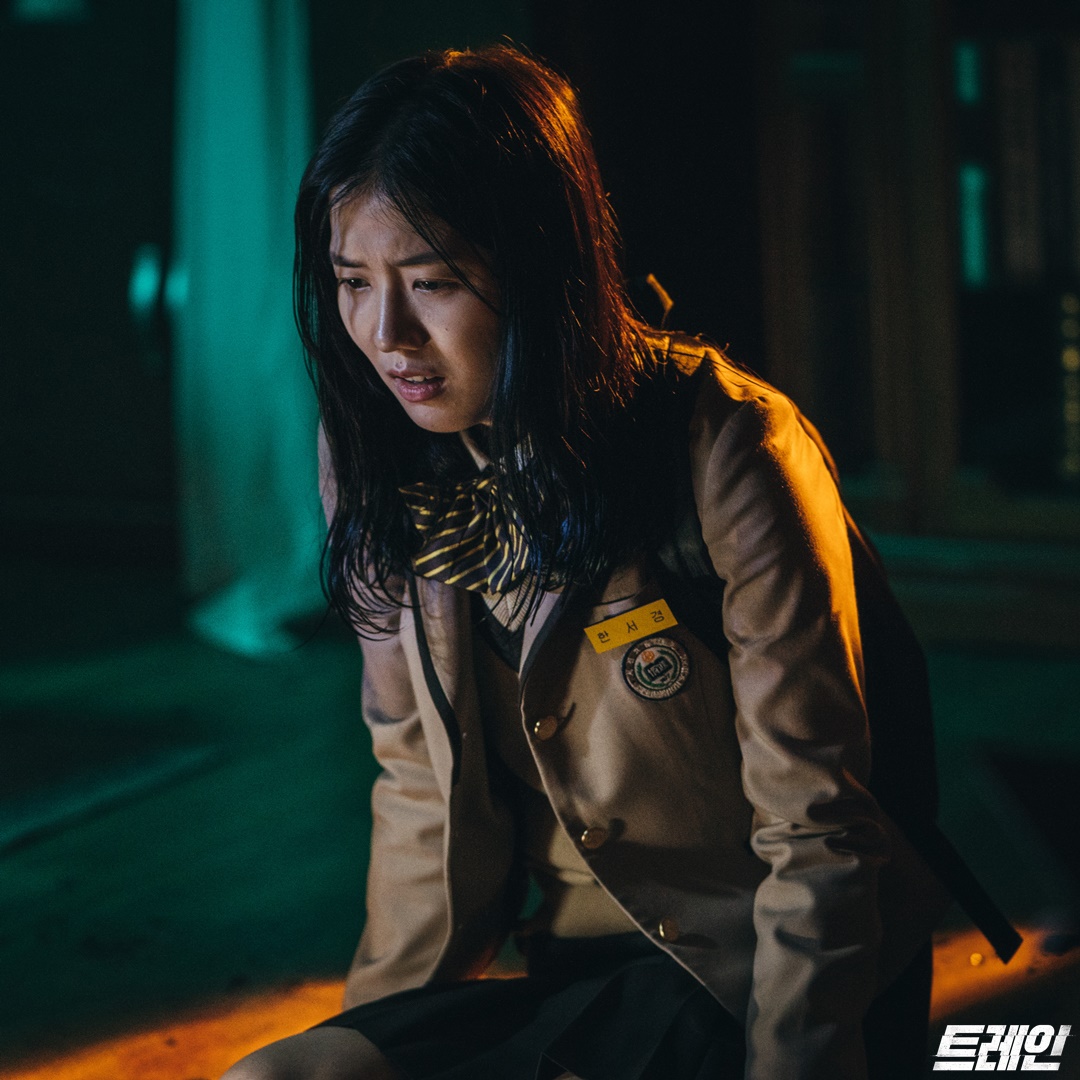 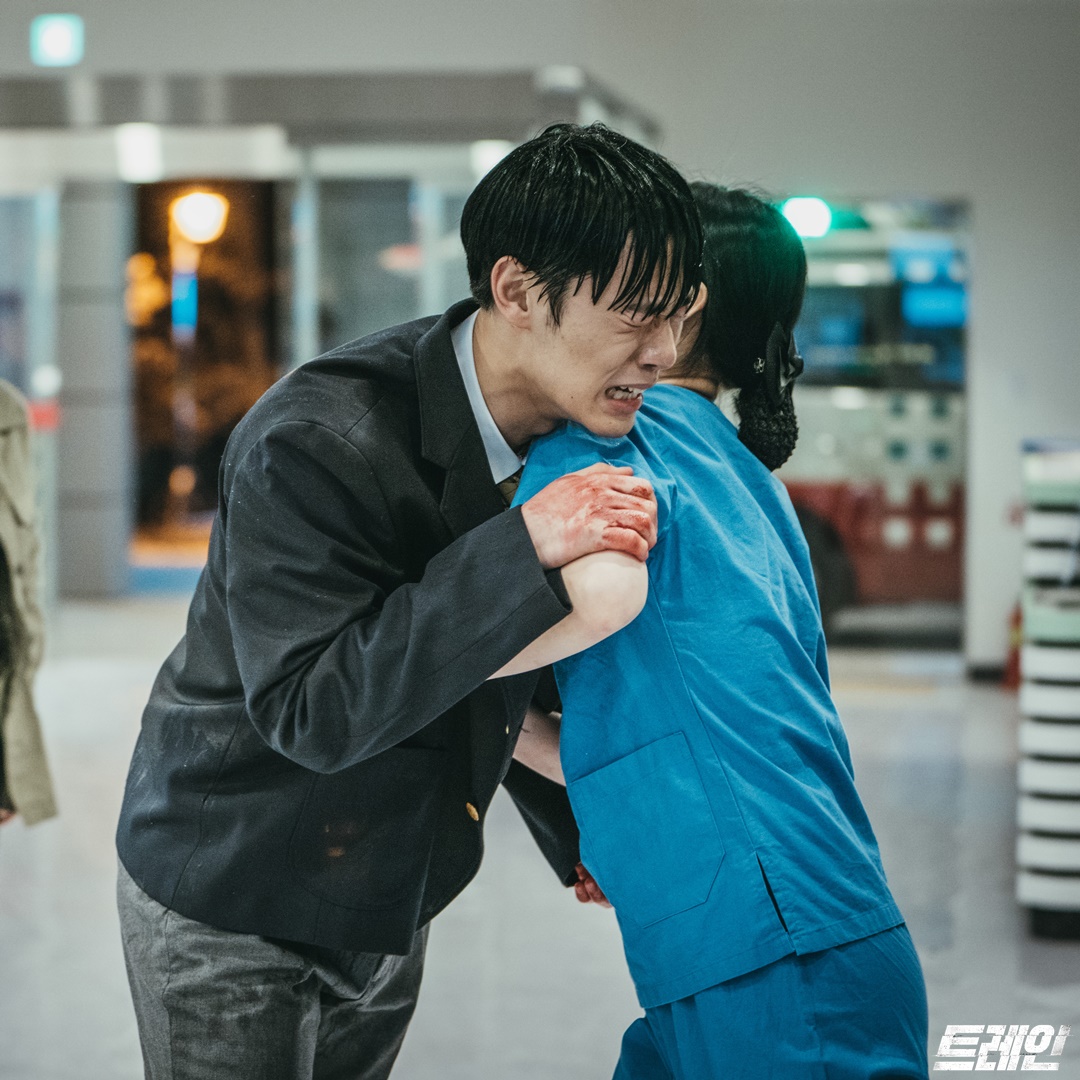 When the police successfully gets finger prints from the luggage which kept the dead skeletons, Do Won visits Seo Kyung to get the address information of her estranged step mom and brother.

Learning that Lee Sung Wook has had an accident turning him mentally challenged, Do Won struggles to work on the cryptic case. He kept mumbling repetitive words that only he can understand.

Visiting his friend Lee Jung Min (Shin Soo Yool) at NFS, Do Won realizes that Sung Wook’s non-sense rambles are the exact spots where the skeletons were found. However, there are five places in his ramblings suggesting another victim.

Meanwhile, Seo Kyung is piqued by the case being worked on by Do Won because of its resemblance to how her father was murdered. When the two search the vicinity of Mukyeong station, Seo Kyung stumbles on an abandoned house and finds the fifth victim.

Lee Sung Wook hits Do Won with a shovel causing him to lose consciousness. Waking up, he sees an approaching train and jumps to the side of the tracks. Noticing Seo Kyung’s missed call, he hurries to look for her who at that time is being choked to death by Lee Sung Wook.

Beating the deranged man, Seo Kyung stops Do Won as she is intent to kill the man whom she thought killed her father. Right at that moment, Do Won confesses that it was not Lee Sung Wook who killed her father but his.

The truth about 12 years ago

Do Won explains the truth that his father killer her father is the reason why he stayed by her side, and why he can’t anymore as well. Shocked about the truth concealed from her, she later learns everything from the chief detective.

After discovering the fifth victim, Lee Sung Wook is brought for questioning, but no helpful confession can be retrieved from him. His mother also confesses that she also knows of the skeleton, but did not report it.

Seo Kyung waits for Do Won to speak about the possibility of his father not being the culprit since her mother’s jewelry were found in the victims. She asks if he has never loved her at all, and Do Won has to reply how he has lived feeling indebted to her because of the sin of his father.

Seo Kyung patiently tells him that she will wait for him to say the honest words she wants to hear. She sees Lee Sung Wook on her way out. Forcing to speak with him privately, Seo Kyung hears another rambling from him about rain, train and luggage.

Do Won’s junior police officers learn about new evidence perplexing the case they are working on, just as the supposed last victim, Lee Ji Young, walks in to the police’ office.

The train from nowhere

Proving that indeed she is alive, it raises question on the identity of the last victim. Lee Ji Young is surprised to learn that she was reported to be dead.

At Mukyeong station, Seo Kyung walks on the eerie train tracks guided by the information from Lee Sung Wook that she wants to check. Just then, a train approaches and stops, she sees a bag thrown, and checks on it.

Seeing a dead woman, she hears a gun shot just as Do Won receives a call from the assigned police at Mukyeong Station. Looking for Seo Kyung, Do Won follows traces of blood and finds the lifeless Seo Kyung leaning on a post.

The train Seo Kyung saw, stops at another station and a man who looks exactly like Do Won emerges with an evil look.

Neat and deftly written, Train‘s first outing has definitely carved a beckoning feat for viewers to see the end of its destination. Smartly placing the details to an easy to digest narrative while presenting a bewildering serial killing chase, is a treat for crime series aficionados.

The hinted parallel universe theme has been set in motion with additional layers we expect to see in the remaining 10 episodes. I didn’t anticipate to see a harrowing moment just on the opening episodes. Nevertheless, we know that Train is intent to really move fast to where it is bound.

Adding to its impressive premiere is the establishment of its conflict that can be traced to the deaths of Do Won and Seo Kyung’s father. With the hero of the story evidently set to avenge the death of the precious woman in his life, crossing the parallel universe is bound to happen. 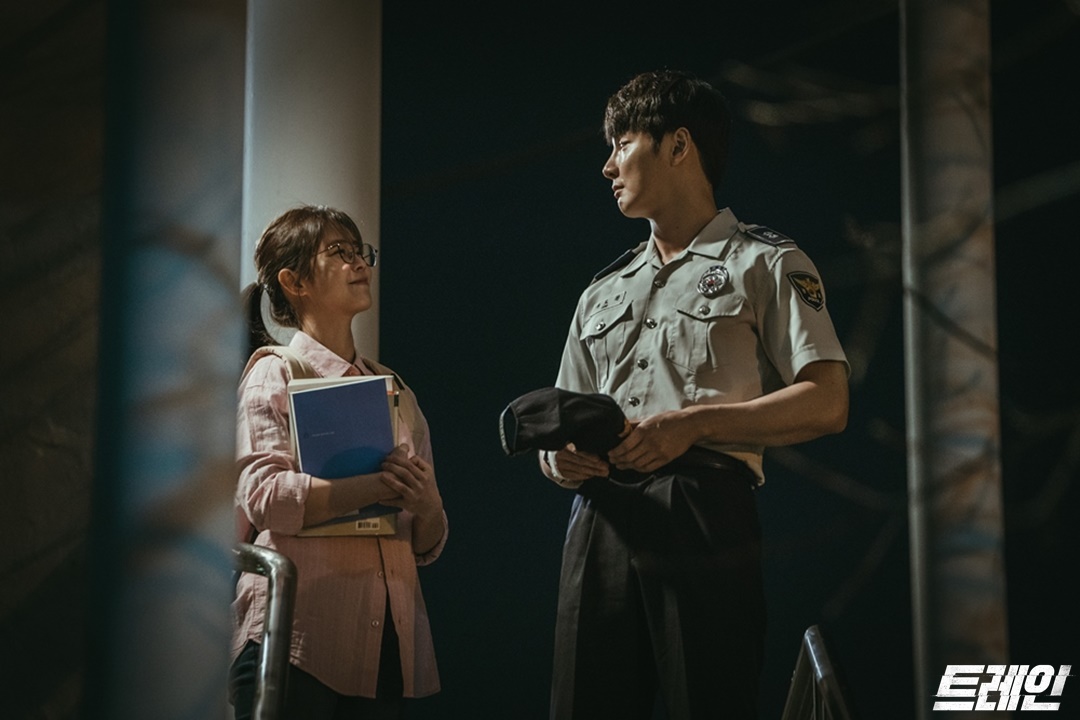 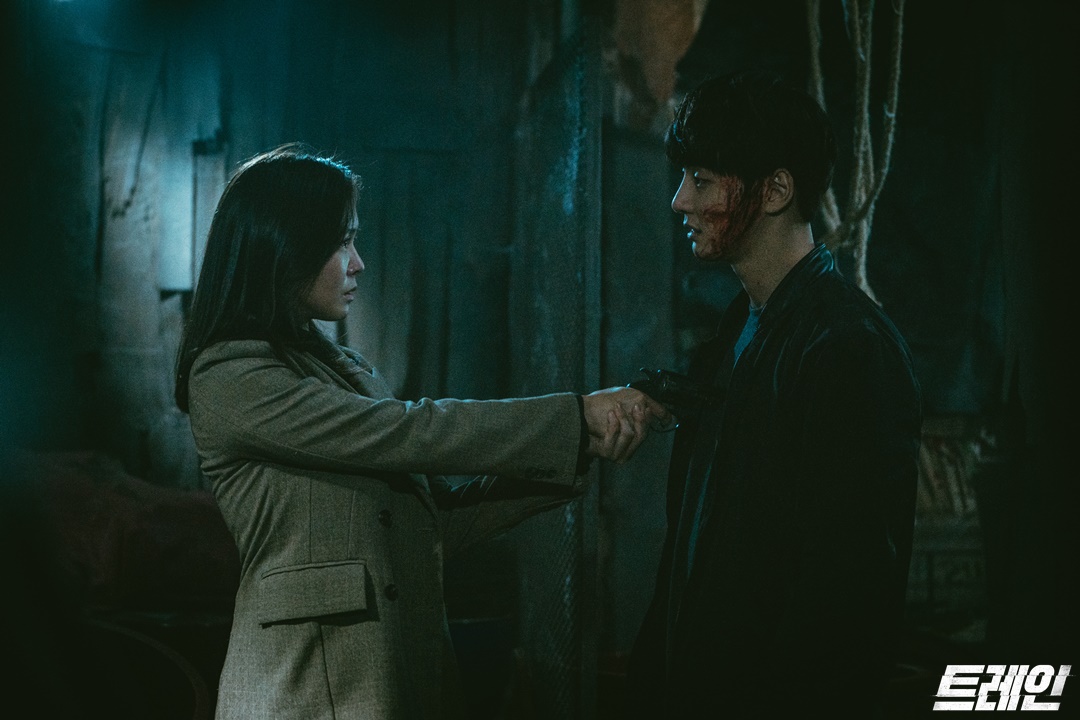 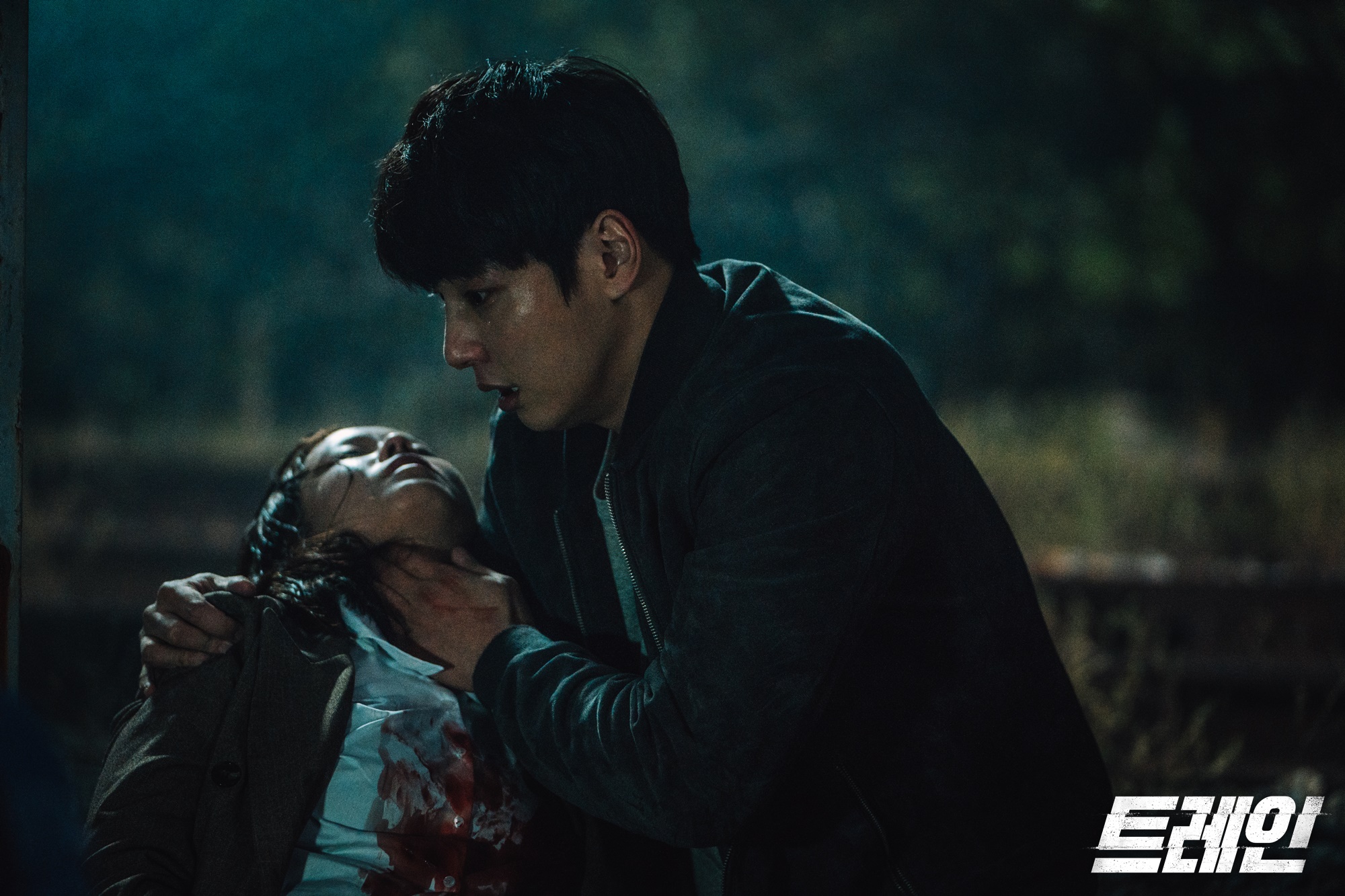 I am curious to the rules of the parallel world that will be setup in Train. If there will be going back and forth, or if Do Won will just stay in B World, we’ll just have to wait and see?

Who is the real killer? Why is he dumping his killings on another world? Are the killings connected to the murders 12 years ago? Will the counterparts from both worlds help each other? These questions and more are set to be answered in the remaining episodes of Train.

Train airs on OCN every Saturday and Sunday.

FacebookTwitter
SubscribeGoogleWhatsappPinterestDiggRedditStumbleuponVkWeiboPocketTumblrMailMeneameOdnoklassniki
Hellokpop, as an independent Korean entertainment news website (without influence from any agency or corporation), we need your support! If you have enjoyed our work, consider to support us with a one-time or recurring donation from as low as US$5 to keep our site going! Donate securely below via Stripe, Paypal, Apple Pay or Google Wallet.
Related ItemsKyung Soo JinTrain Kdramatrain ocnYoon Shi Yoon
← Previous Story K-Pop Comeback Spotlight: Jeong Sewoon Illuminates With First Album “24” Part 1
Next Story → K-Drama Premiere: “Graceful Friends” Glides Into A Labyrinth Of Devious Adult World