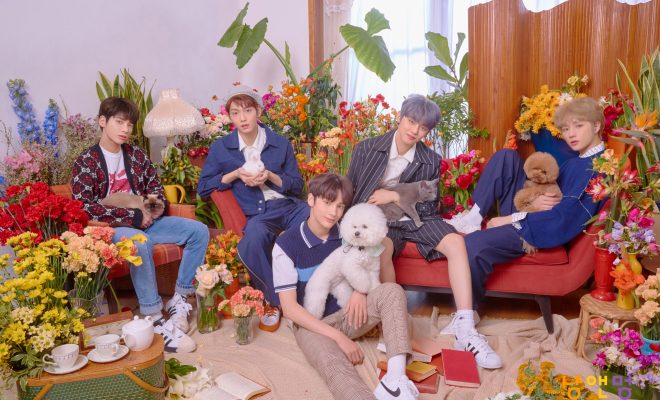 TXT fans, the group has already picked out their official fandom name!

TXT further solidifies fandom by announcing the official name of their fans! 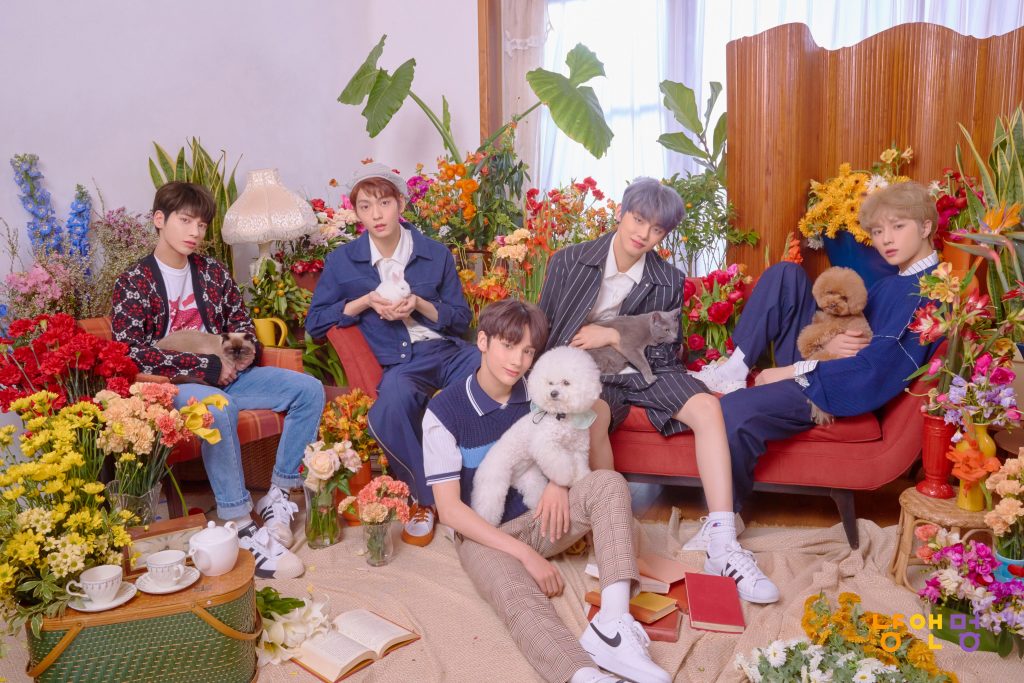 Following the music video release of their song “Cat and Dog” from their debut album, the rookie boy group revealed that their fandom would be officially called “Young One” from this point forward.

Matching the group’s youthful charms, the fandom name already had the group’s supporters cooing, especially with its sweet significance between them and the five boys.

One of its meanings comes from “young”, sounding like the Korean word for zero. “We were nothing, zero – then we became one” is the message from the group it wishes to symbolize.

It also expresses TXT’s hopes of keeping their fans beside them forever, seeing as “young one” sounds like the Korean word “yeongwonhi” which means forever.

As a more personal touch, Soobin, Yeonjun, Beomgyu, Taehyun, and Huening Kai were also the ones who unanimously chose the name among the many suggestions sent in by their fans earlier.

Their agency BigHit Entertainment also announced a special treat to the Young Ones who helped TXT in deciding their fandom name.

“Everyone who has sent in submissions and made ‘YOUNG ONE’ possible will receive a group Polaroid shot,” it stated. 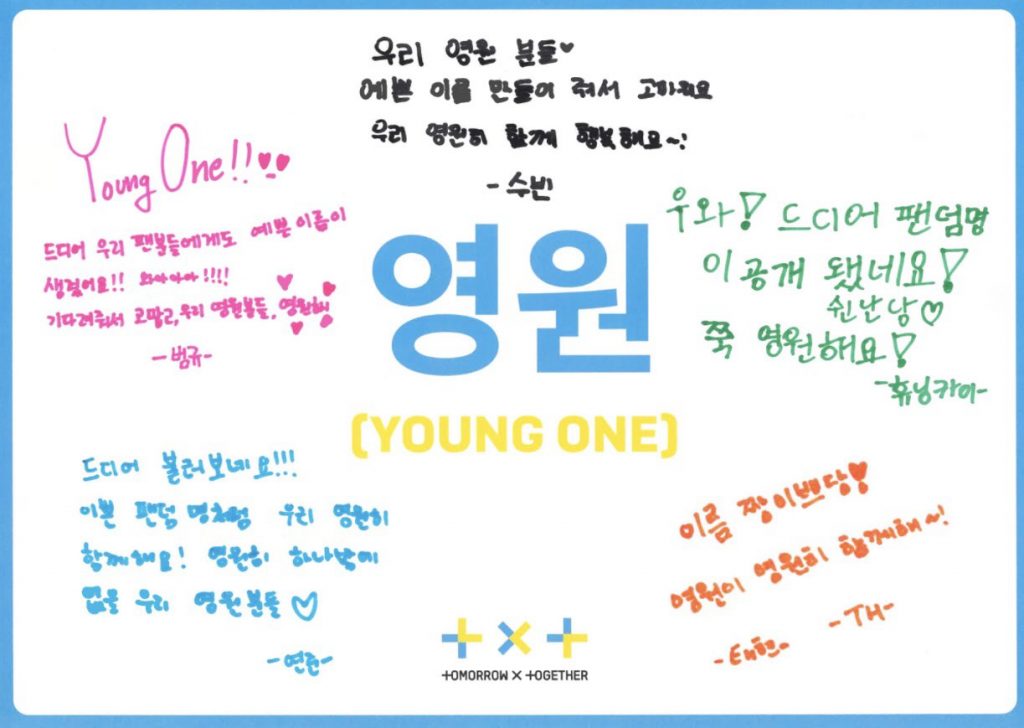 The group also addressed their fans with the new name for the first time through a couple of short but sweet messages.

“All our Young One! Thank you for making such a pretty name. Let’s be happy together forever!” leader Soobin wrote.

“Finally we can call your name! Just like our pretty fandom name, let’s be together forever! Our Young One are the only ones for us forever,” Yeonjun said.

Meanwhile, Beom Gyu also expresses his delight in the fandom’s official name. “Young One!! Finally, our fans got a really pretty name!! Thank you for waiting, our Young One. Forever,” he told fans.

“Such a pretty name! Let’s be together forever, Young One!” Taehyun also shared.