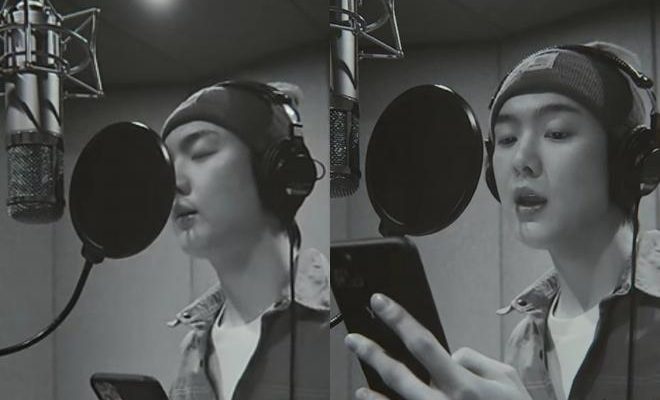 Sanha from stellar boy group ASTRO has recently unveiled a special and mesmerizing song cover for his ever supportive AROHAs!

ASTRO’s maknae and vocalist Sanha introduced another cover song to his video series and it is literally to die for.

On January 26, the idol released his lovely and riveting rendition of D.O.’s hit single on ASTRO’s official YouTube channel.

In the black and white themed video, Sanha showcased his dulcet and honey-like vocals, delivering a magnificent and calming atmosphere.

Filmed inside a recording studio, the clip also featured the singer donned in his casual clothes, while pouring his emotions into the song.

Leaving spectators in awe, the idol also effortlessly exhibited his talent, while proving his position as one of ASTRO’s powerful vocalists. 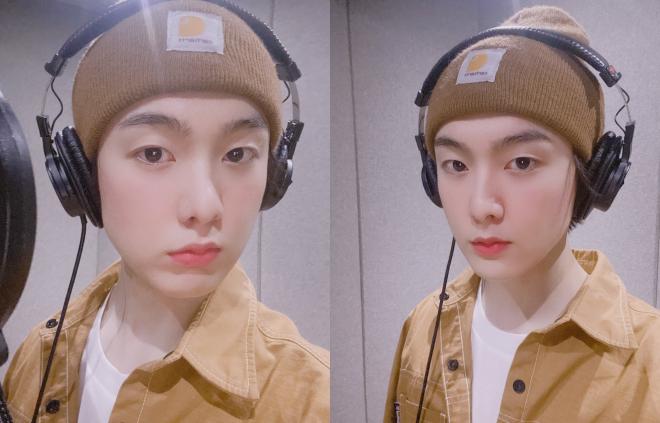 Sanha’s beautiful and crisp tone, along with his distinct vocal flavor, also blends well with the soothing melody of the chill R&B track.

Moreover, his angelic and gentle voice also took fans’ breaths away as he perfectly conveyed the song’s heartwarming message.

On August 2019, Sanha also gained an overwhelming response with his stunning cover of IU’s “Through the Night.”

Highlighting his soft and soothing voice, the cover instantly solidified the idol’s status as one of K-Pop’s powerhouse singers.

As of writing, the video has already recorded almost 350,000 views on YouTube, making it Sanha’s most well-loved cover.

With Sanha’s compelling video series, fans are definitely looking forward to what songs he will give his own flavor to in the future.

Meanwhile, ASTRO also recently released a special digital single “We Still (Be With U)” last December 31, serving also as a winter gift to fans.

Photos and Videos from Fantagio