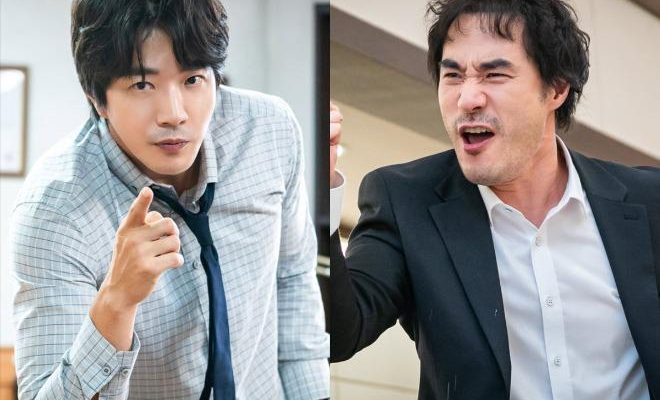 Kwon Sang Woo and Bae Sung Woo are headlining the network’s newest offering. The drama Delayed Justice tells the story of two men as they become the voices of the weak, especially those who experience unfair treatment from the justice system. 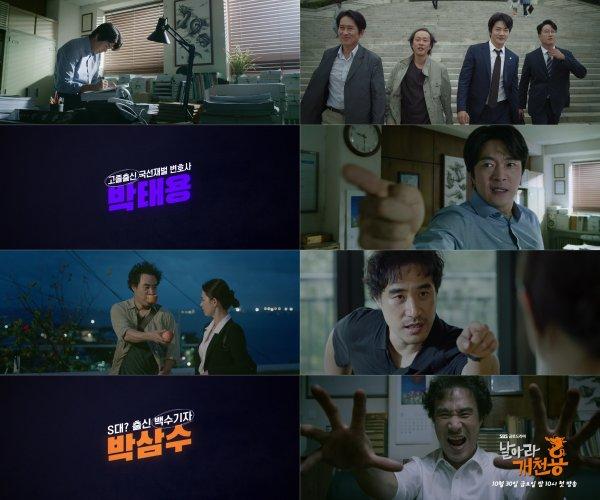 Playing the role of Park Tae Yong, Kwan Sang Woo transforms into a public defender determined to help people. A high school graduate, Park Tae Yong took the irregular route in obtaining his law degree. He did not go to a university but was able to pass the bar exam. In the video teaser the character’s determination is shown as Park Tae Yong says, “Believe me as I will do my best.”

His confidence is overflowing as he walks into and out of the court after winning his case. He is also seen with a resolute expression as he points and warns someone. However, despite his bravado and self-confidence, Park Tae Yong also displayed a moment of weakness which draws laughter.

Meanwhile, Bae Sung Woo portrays the role of reporter Park Sam Soo. Unlike Park Tae Yong, Sam Soo has a university degree but struggled since he graduated. With his exceptional writing skill, he becomes a reporter and takes on stories most would not pay attention to. In his character teaser, Park Sam Soo proudly and goofily introduces himself as a university graduate. He has a soft heart but with all his struggles, he became quite cynical.

Park Sam Soo often goes after the rich and famous for money’s sake. He develops a mentality “to make money with justice in a world where money is justice.” The meeting of the characters earns interest as they are complete opposites – in both ideology and personality.

The drama will showcase the synergy between Kwon Sang Woo and Bae Sung Woo. The teasers presented both actors immersed in their respective roles. Viewers can expect the characters to create surprising results as they listen to the stories of ordinary people deprived of justice.

Kwak Jung Hwan directs Delayed Justice. His works include the dramas Chief of Staff (Seasons 1 and 2), Ms Hammurabi and The K2. Writer Park Sang Kyu takes on the scriptwriting duties.

The drama will take the Friday-Saturday timeslot at 10PM and will have its first broadcast on October 30, 2020 following the conclusion of Alice.