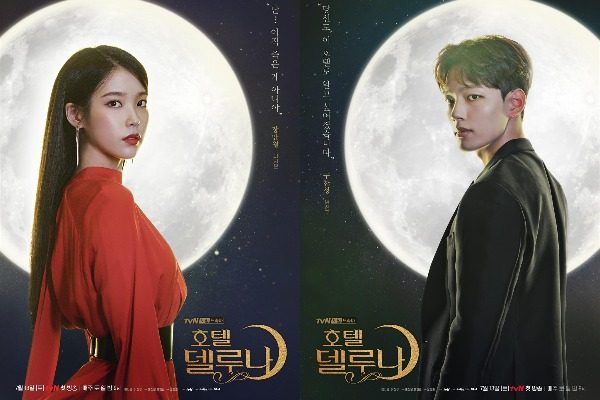 Your weekend nights are definitely getting better with tvN’s latest offering.

A woman who has been living for a thousand years owns a hotel with an extremely unique clientele. When someone who is not supposed to be there ends up in the hotel, she strikes an agreement with the man. In exchange for his life, he must give her his son. It is a deal she would collect twenty years later. Trying to get out of it, the man urges his child to spend the next years overseas and to not comeback before the 20-year deal expires.

On the 21st year, the son, now all grown up, returns to Korea thinking the deal is already void. But he is in for a big surprise as the woman, not only come out and meets him personally, she also opens up his eyes to a different world.

In a time of warriors and horse travels, a lone woman traverses a barren road in search of a guest house. She meets a talkative woman who seems to know about the Guest House of the Moon. Prying more information, the old lady says a living woman cannot go to the guest house as it is only for the dead. Eager to find the place, the younger woman threatens the older lady and tells her she must find it as she is taking responsibility for all those she killed.

She turns the sword toward her neck when she still won’t give up any information, telling the old woman she is willing to end her life if that is the only condition for her to find what she is looking for. The woman says that the guest house is where the wandering souls of the dead gather and all of them go there willingly. As an army of souls come forward, the young lady confronts them. 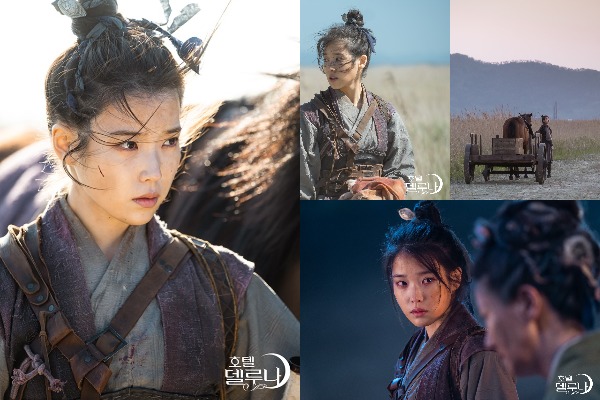 As the souls disappear, the place also becomes eerily quiet and not far from where she stands a mysterious tree emerges. Her sword, engraved with the words “full moon” gets stuck in the tree’s body. As past memories flood her, the tree fully consumes the woman’s sword. As the tree grows more branches and taller, the place also starts to change, revealing the guest house. The old woman watching from a distance says that the Guest House of the Moon has found its new owner.

Fast forward to 1998, the guest house now named Hotel del Luna shines bright and stands tall during full moon and at night. By day it looks like an ordinary huge house, albeit old from the outside. That night, a young boy celebrates his birthday, but his father has no money to buy him a gift. He tells him a flower is enough when an old lady tries to give him one. His father refuses thinking the old woman wants him to buy the flower for his son.

Jang Man Wol (IU) is talking to the manager of her hotel and he tells her since it is a full moon, they are expecting a lot of guests. Showing indifference, she warns him not to accept everyone who comes in, especially those who died a gruesome death. Meanwhile, the boy’s father runs from the police after committing a robbery. As he catches his breath, he takes a wrong step and falls down the flight of stairs. 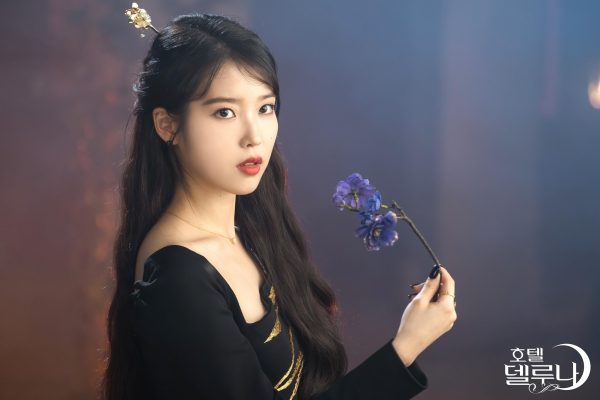 The man arrives at Hotel del Luna and he is fascinated by the things he saw. He somehow ends up in the location of the big tree. He spots a branch with flowers on it and remembers his son. Man Wol arrives and angrily tells him he has stolen something. Pleading for his life, the man says his son is waiting but Jang Man Wol says she does not care as he is about to die anyway.

She notices the flower and wonders if the tree is telling her to spare the man’s life. She agrees but in exchange he needs to give her his son after twenty years. That same time, the doctors pronounced the man dead but by some miracle he comes back to life.

Flash forward to year 2019 and the young boy is back in his home country as a grown man. Goo Chan Seong (Yeo Jin Goo) is at the hotel he will be working in and one of the employees tells him a gift for his birthday just arrived. Seeing the familiar potted plant, he remembers his father’s words. He reads the note attached and it gives an address to the hotel. Having made up his mind that the agreement is no longer valid, he throws away the plant and rides the train. Inside the train, he comes face to face with Man Wol and she insists that he works for her, just as promised by his father. 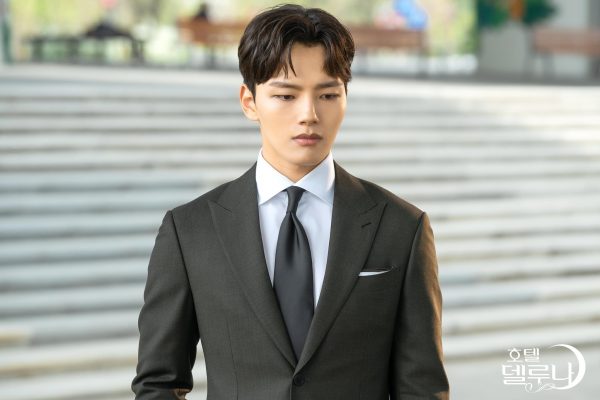 Jang Man Wol feels offended that Chan Seong discards her gift. In retaliation, she gives Chan Seong another gift – the ability to see ghosts. He tries to leave, and on his way, he encounters the soul of a dead woman missing both her eyes. He runs for his life and meets Man Wol once again. She coerces him to eat with her while giving him information about the unusual things he sees.

After their dinner, a vengeful soul attacks Man Wol and she warns Chan Seong to know the difference as some spirits could actually hurt him. Although scared out of his wits, Chan Seong still refuses to work for her. When the ghost of the woman stays with him, he decides to go to the hotel. Man Wol asks him to accompany her as they find a tiger. They find the preserved body of the tiger in display at the hotel Chan Seong works in. 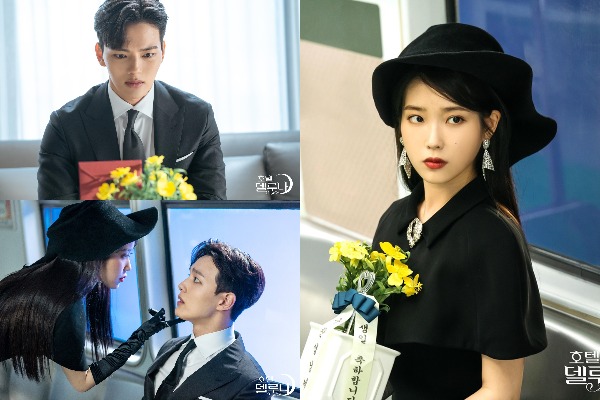 She convinces the CEO of the hotel to give her the painting of Mt. Baekdu for that is the only way to get rid of the tiger’s spirit. Back at his house, Hotel del Luna’s manager visits him. However, his friend asks who he is talking to and that made him realized the manager has died. He says that accepting the job will allow him to discover a secret world hidden from ordinary people. He escorts the sunglasses ghost to the hotel where she gained back her eyes.

Meanwhile, another ghost attacks Chan Seong and Man Wol saves him. He wakes up inside Hotel del Luna and on his way to meet the CEO, for the first time he sees what the hotel is truly like at night. 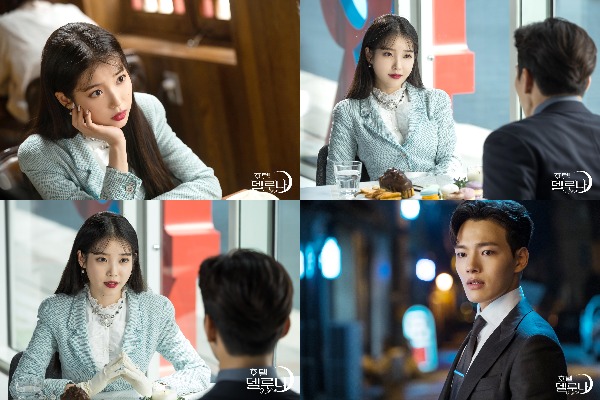 It was an exciting premiere week for Hotel del Luna. Not only was the story intriguing, the characters are engaging as well. As expected of the Hong sisters, the drama has been peppered with metaphors. I find myself drawn to the story of the Mount Baekdu tiger and the significance of the white lilies.

The concept of souls needing a place to stay where they can experience the things they were not able to do in their previous lives was such a nice touch. It made the idea that there is more to do in the afterlife appealing. The pilot episodes laid out enough groundwork to establish the story’s trajectory without having to dig deep or look for conflicts. The narrative flowed smoothly, and the supporting characters added more meat to the story. 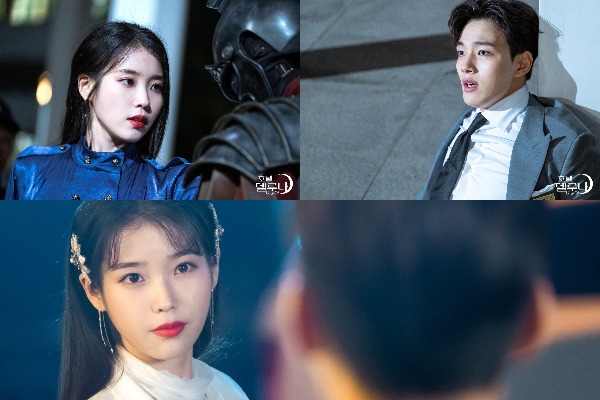 I love how they let the viewers find out the main reason for having a human manager in the hotel for ghosts. It was thrown casually during one of Man Wol and Chan Seong’s arguments. Their constant bickering gave away little bits of information. This made Chan Seong slowly see logic and the significance of the job. IU and Yeo Jin Goo both greatly portrayed their characters and you could not help but watch them interact with each other.

IU’s character, despite her strong and tough façade, is hiding a soft heart. Though she is not expressive, she felt sad with Manager No’s demise. I love how powerful and fragile Jang Man Wol is at the same time. Through her ownership of the hotel, she gets to meet all kinds of souls and she has to be tough not to be moved by what she encounters. Her past tied her to the hotel and the flashback showed it was a past full of pain. She was not totally unaffected and that was clear when that soul stabbed her. 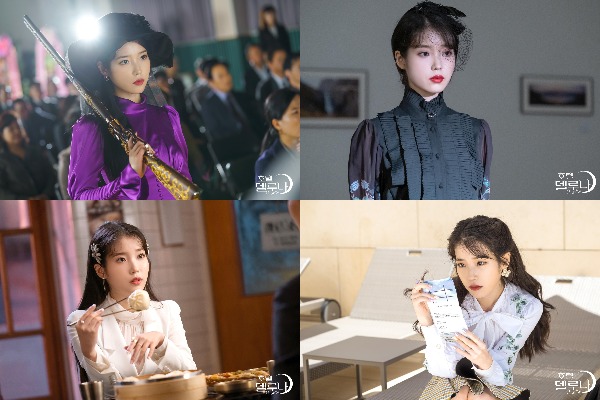 Chan Seong manages to crack her tough exterior by challenging her authority. It was something that was never been done during her existence. He asked her questions that made her realize things and it was fun watching the dynamics between the two. I also need to commend IU’s wardrobe. Her outfits in this drama were so good. Hotel del Luna is definitely an exciting drama to watch. I could not wait to see the how story of Man Wol and Chan Seong progresses.

Hotel del Luna airs on tvN every Saturday and Sunday at 9:00PM KST.