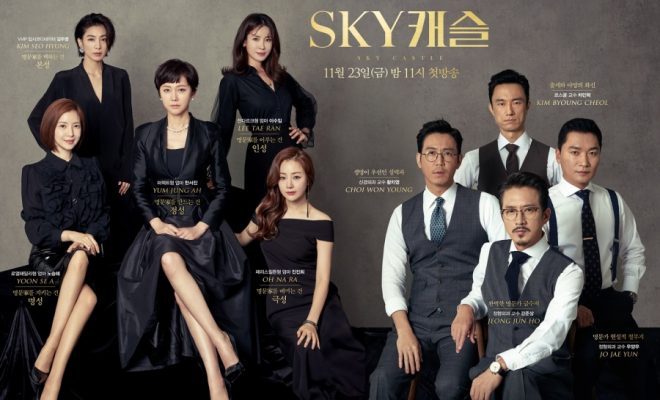 Depicting the arduous journey of families aspiring to send their children to get the best university education shapes up what Sky Castle is about.

The latest jTBC new drama managed to keep my attention for its premiere week, but SKY Castle appears too shallow on what message it is trying to thread based on the pretext of its narrative — that is a quaint neighborhood of elite families intent to give their children the best possible university education possible.

The cast are proven excellent actors so technical issue with portrayals will not likely arise. But there’s nothing momentous or emotionally stirring that has piqued my interest, to be honest. 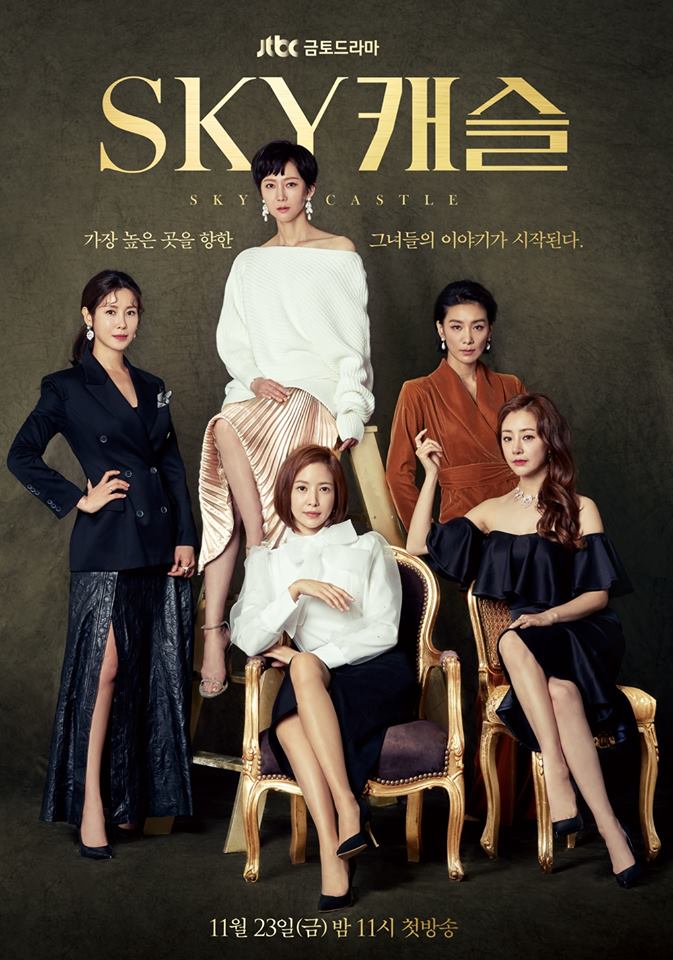 Han Seo Jin (Yum Jung Ah) lives in SKY Castle, a neighborhood of elite families. A mother to two daughters, she has been grooming her daughter, Kang Ye Seo, to achieve their goal of entering Seoul University’s medical school. That goal is also what she needs to gain the acceptance of her mother-in-law.

Because of that, she is willing to do everything in her power to help improve her daughter’s portfolio. Through the help of her friend Myung Joo, who has recently claimed success in sending her son to med school, she enters a contract with a popular academic coach, Kim Joo Young (Kim Seo Hyung), who also coaches her friend’s son.

Seo Jin learns through Coach Kim of the other student, who shares the top spot with Ye Seo in the high school she is about to enter. She tries to call the student’s mother for their children to study together, but Lee Soo Im (Lee Tae Ran) ignores her text messages and phone calls.

An unfortunate tragedy happens to Myung Joo’s family after the latter killed herself for an unknown reason. A new family moves in to the house vacated by Myung Joo’s family, which turns out to be the family of Woo Joo (Kang Chan Hee), the other top student in Ye Seo’s class.

Woo Joo’s mother invites her neighbors to their home for lunch, and from there, Seo Jin learns of her connection to Woo Joo.

Seo Jin walks out upon knowing that Soo Im ignores her messages and calls. She retrieves the tablet left by Myung Joo, and finds out the truth about her friend’s death. 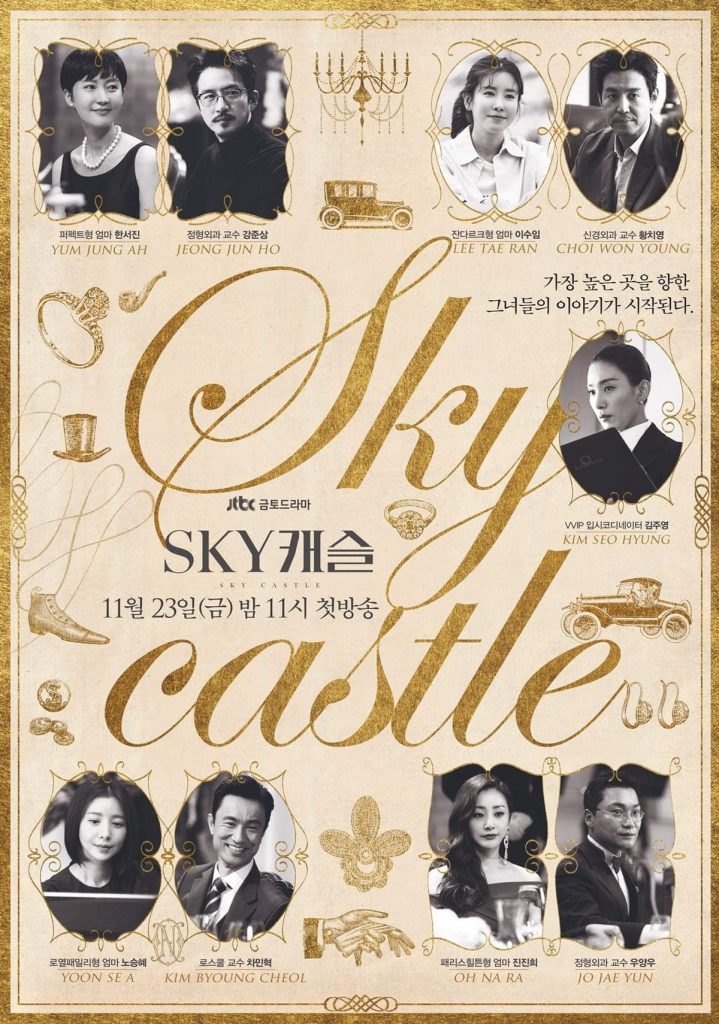 I don’t know where this drama will lead me. It is on the brink of being crossed out of my watch list, but to be fair, I will check its second week to see if I have to go on.

First, I find the conflict too selective for its audience. For the two hours I spent watching the premiere week, my only takeaway is some information about setting up the lighting and room arrangement of a student to improve her home studying environment.

Sure it gave me that sad reality by picturing privileged people and their agonizing situations to keep up with their life style. But the life lessons stop there? 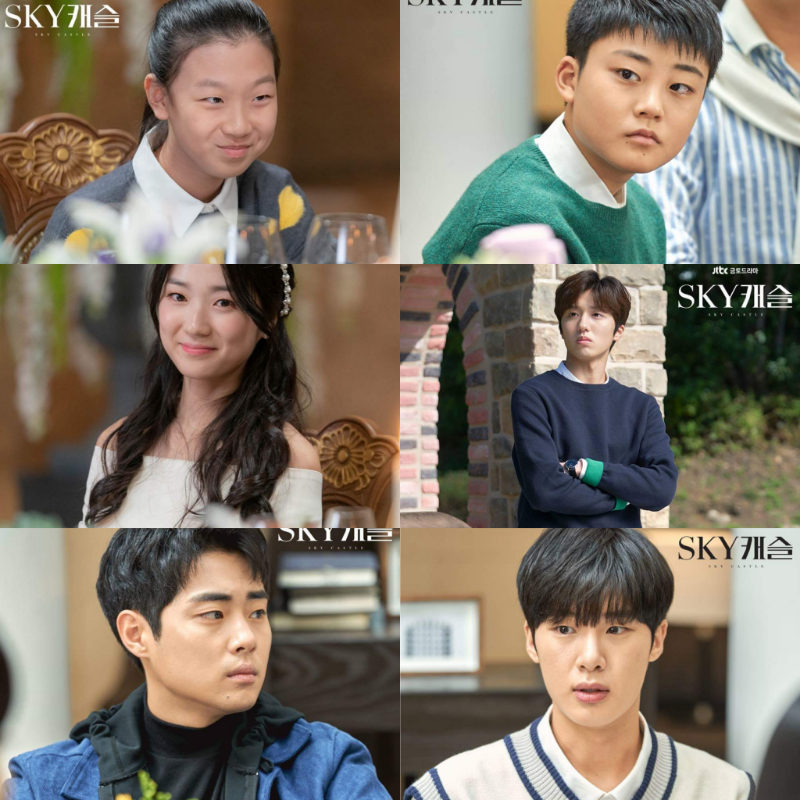 Bluntly speaking, Sky Castle feels like it would take me to a weekly trip of feeling sorry and sighing over stories of neighboring families with parents who are obsessed to send their students to top schools of the country.

And I would rather see a school set drama with bullies and unreasonable teachers, than watch these rich parents don their two-faced selves for their greedy goals of wanting the best for their children.

There is one family which seems normal, but neutralizing the established negative mood appears to be a handful of task for them.

For a drama that I did not particularly enjoy the first serving, I really had a lot to say. *chuckles
I’ll cross the bridge after this week’s episode.