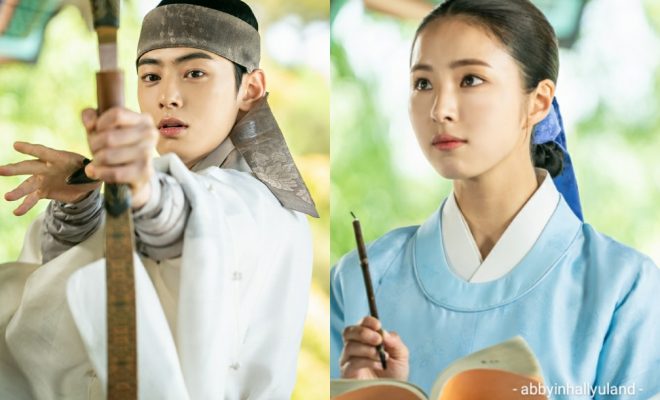 Finding her worth as a historian, rookie historian Goo Hae Ryung shed painful tears for expressing her thoughts.

Shin Se Kyung is proving why she got the titular role in Rookie Historian Goo Hae Ryung. As her character builds strong connection to Prince Yi Rim, portrayed by Cha Eun Woo, romance is peeking in the horizon. 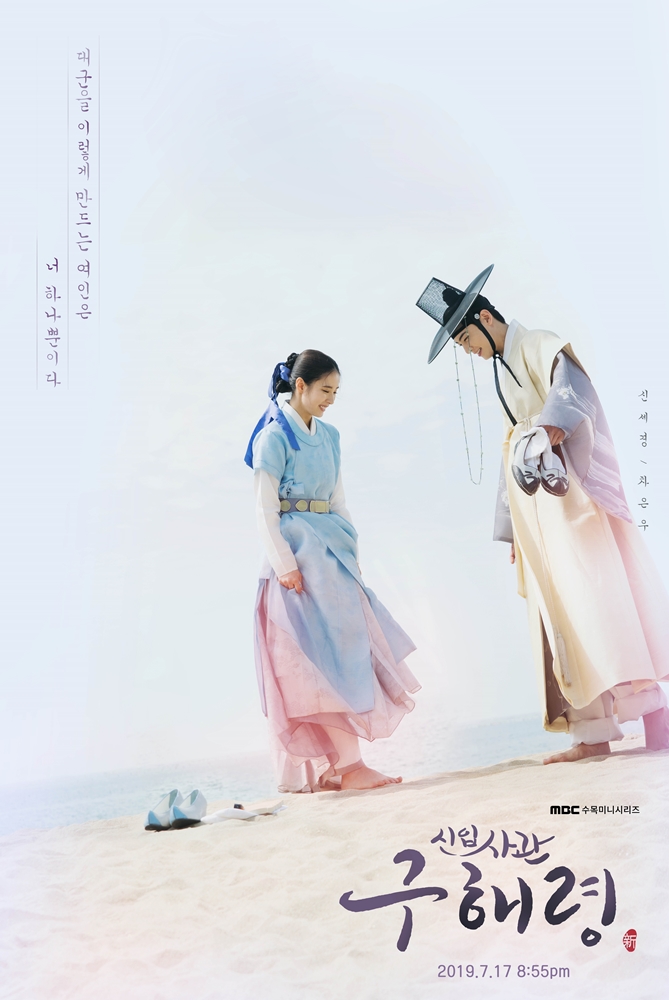 Escaping the grave threat to his life, Prince Yi Rim faints just as the assassin ran for his life when an arrow was shot in their direction. A masked archer chase after the assassin, and in the brink of defeat, the archer subdues the assassin with a paralyzing needle. It turns out that the assassin works for Second State Councilor Min. He reports about his encounter with Prince Dowon which left SSC Min ruminating. 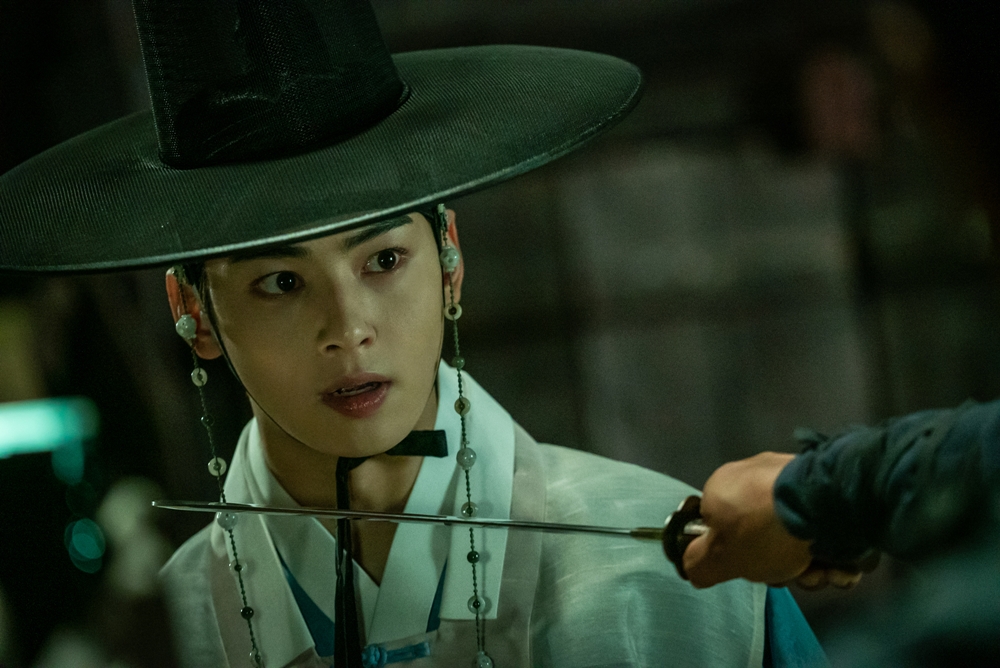 Surmising on what she just learned about Maehwa’s real identity, Hae Ryung wipes the sweat from Prince Yi Rim’s face, who was suffering from sleep distraught.
As soon as he wakes up, he rushes to meet Crown Prince Jin and reports about the witness to the forest cottage killings being murdered. Upon knowing his little brother’s secret quest almost endangered him, Crown Prince Jin forbids him not to probe deeper because it is risky for him.

Trying to reason out how the banned books and the killings are evidently connected, Prince Yi Rim mentions the book “The Story of Ho Dam” seems to be the focal point of the ordeal. Pleading to know what the book is about, he asks his brother’s permission, but to no avail.

Checking out Prince Dowon’s face at the book given to them by the senior historians, Hae Ryung finds no picture of the prince in the book.
When her fellow historians arrive, they tell her about the urban legend about Prince Dowon’s ugly face and ill attitude.

Their chat was interrupted when they were summoned to work at the inner palace. Worked up, Sambo worries about Prince Yi Rim and Hae Ryung’s encounter. But the prince decides to once and for all stop his charade. 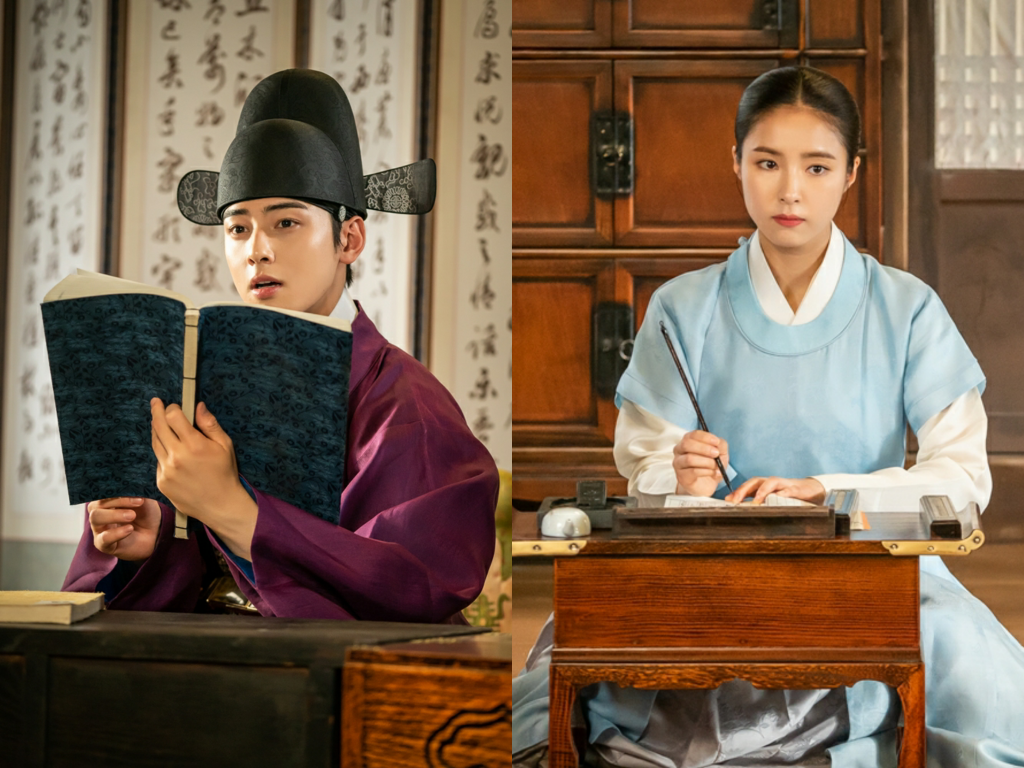 Officially meeting as a historian and a prince, Hae Ryung draws a line right away confirming that the man she met in recent encounters is indeed Prince Dowon. The day passed by with Hae Ryung writing how Prince Yi Rim turned the pages of the book he was reading. Noticing how busy she was writing, he chides her for writing everything he mumbles.

Being playful, he talks about her impudent acts of pretending as Maehwa. Cornered, she stands to leave, but Prince Yi Rim quickly follows her. Ranting about him hiding the truth that he is a prince, she asks for forgiveness. Prince Yi Rim responds by thanking her for not leaving him the night before and disregard her apologies citing he deceived him first.

Hoping for them to turn a new leaf over by clearing their misunderstandings, Hae Ryung responds with an honest answer. Stopping on his track, Prince Yi Rim listens to her woes of how they might have not been friendly and started on the wrong foot. But she hopes for them to become friends – for her to have someone to be comfortable around – in a big palace which has been now a part of her life. From the window, Prince Yi Rim gazes at Hae Ryung tenderly as she walks away. 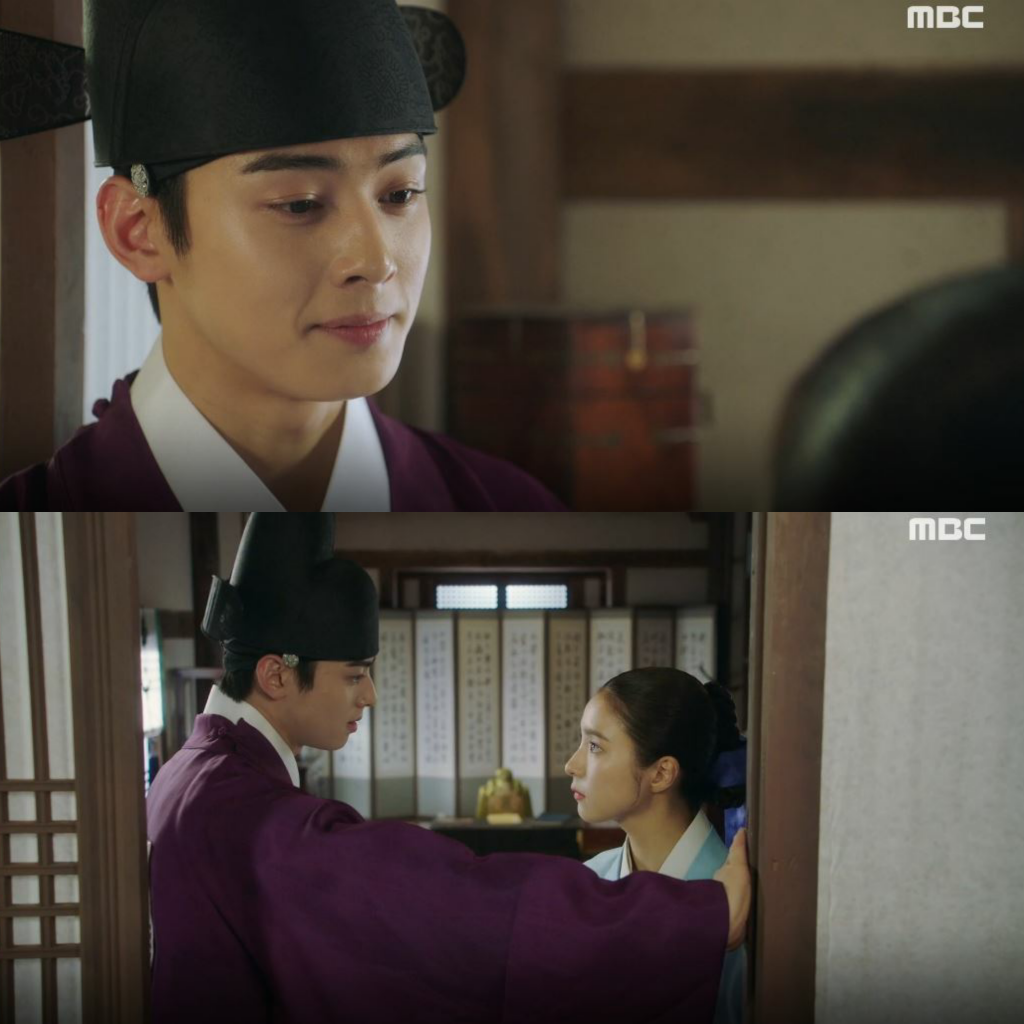 It’s Jae Gyung’s first day at his new work that was proposed by SSC Min. On his way to the office, he sees a familiar woman, who seemed to recognize him as well. Convinced that he knows her, he learned that the records only show a eunuch’s wife came for a visit.

Back at the historian’s office, the lead historian grumbles on the trainees output with one historian sharing a nice tete-a-tete with the Queen and with Hae Ryung’s repetitive, “the prince turned a new page” scribble.

Complaining about an earful lecture they got, the female hsitorians discuss about their activities. Hae Ryung clears the misconception about Prince Dowon’s physical appearance and attitude. She tells them how he is good-looking although albeit being slightly ill-mannered.

Reporting to the King about the situation of the forest cottage killings, SSC Min raises the woman kept by deposed King who is skilled in medicine treatment. He assures the King that they can trap the woman, not with her identity, but with her skills.

The next day, Prince Yi Rim is excited to meet Hae Ryung only to find out that historians take turns in serving the Royal Family. Greeting Crown Prince Jin, Hae Ryung admiringly looks at the prince. Breaking the silence, the prince initiates a talk about her meeting his brother, and asks for patience if his brother might offend them in the future. Hae Ryung responds how the prince just read all day earning a smile on Prince Jin’s face.

Standing up, Prince Jin goes out and asks Hae Ryung to tag along. The two brothers go for an archery session with the female historians recording the event. Noticing Hae Ryung shamelessly laughs at his poor skills, Prince Yi Rom challenges her to try and will get all the privilege to laugh on him. Amused, Prince Jin prods Hae Ryung to take the opportunity to hold a bow and arrow and who knows take her time to laugh at a prince. 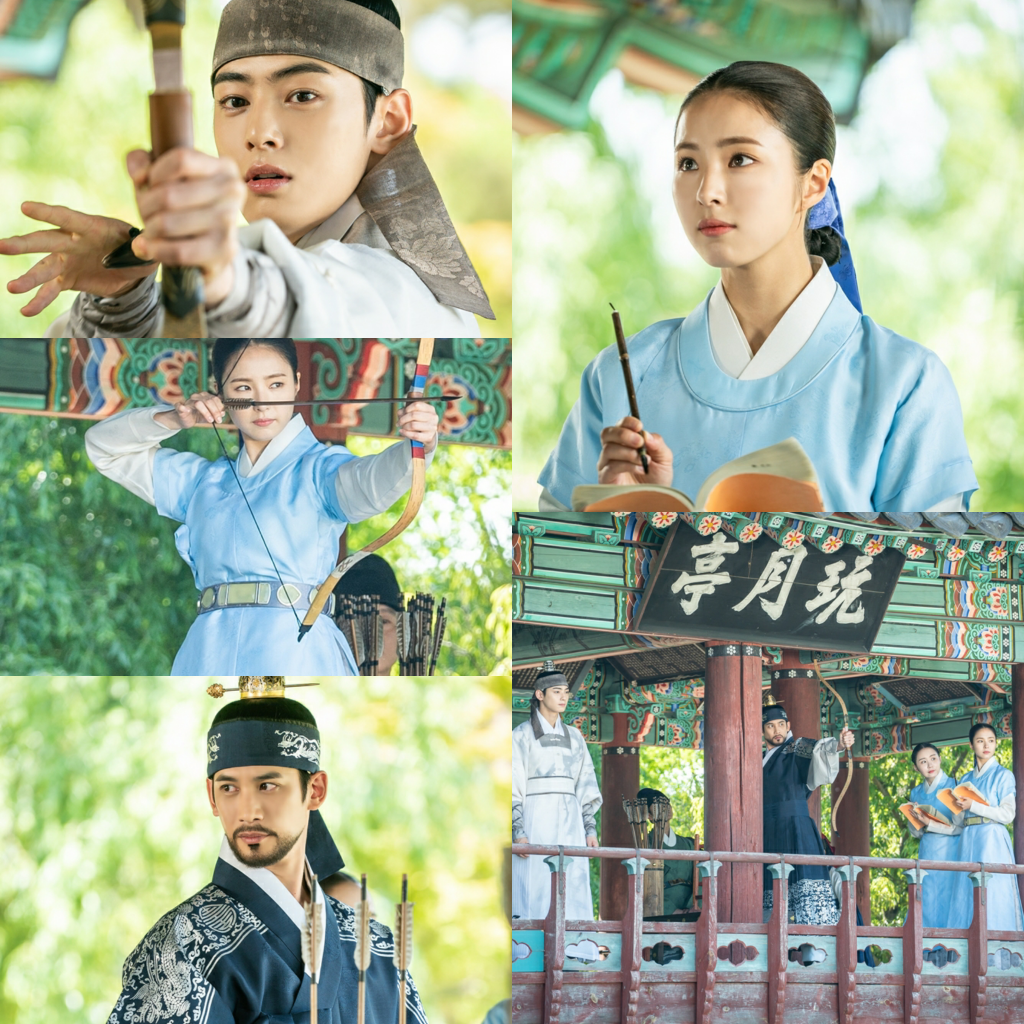 Accepting the offer, she cheekily asks for only one arrow when Prince Yi Rim teases he might need 100 arrows. On her mark, Hae Ryung releases the arrow surprising the princes with her perfect score. Sulking, Prince Yi Rim forbids them to write about what happened which made Prince Jin beamed in amusement.

Annoyed at Hae Ryung, Prince Yi Rim puts the blame on Sambo. When Hae Ryung arrives to seek audience of him, he retaliates when she asked if he helped her secure one of the post for female historians because of their prior acquaintance. He responds not even thinking of letting her be a historian if he was given a chance. Deciding a conversation with the pouty prince is futile, she decides to leave. But, the prince stops her remembering something. He tells her how he recommended last time to get a stubborn and brave female historian. 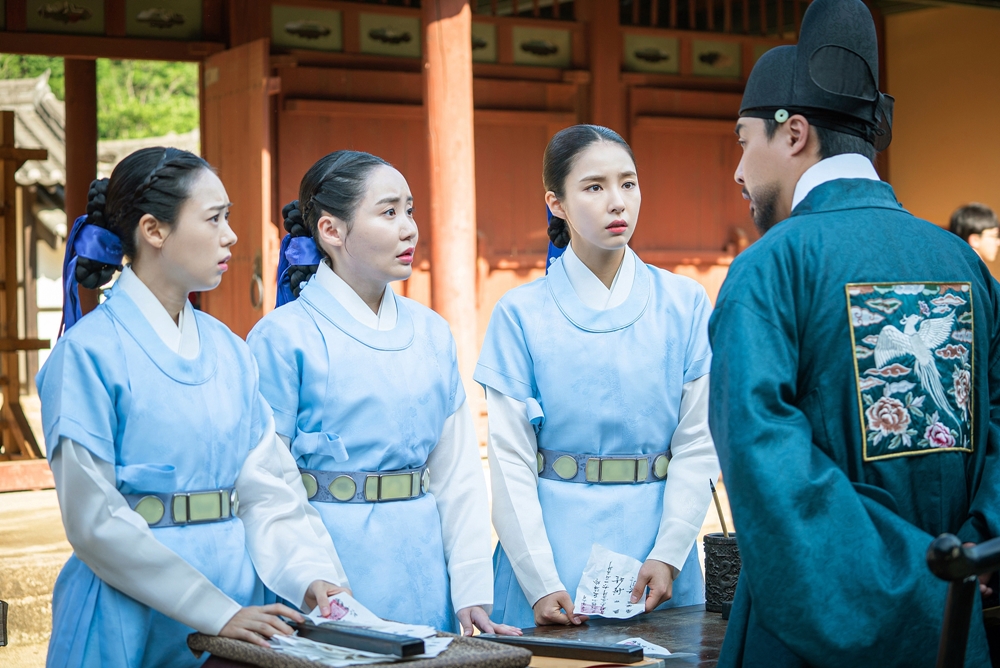 Apparently even in Joseon period, government workers also had their share of salary problems. For their supposed first salary, the female historians did not get anything. At night, they wallow in alcohol, and when their seniors arrive, they further learned the corruption happening in the office that handles the stipend of the government employees.

As expected from justice-driven Hae Ryung, she writes a petition castigating the unfairness of the system. Meanwhile, Sahee meets with SSC Min to report about what she has heard and learned so far from the palace. She bumps with Officer Min who questioned her presence late at night. She counters how sensitive message cannot be relayed by servants. Officer Min reminds her not to build personal connection, in case it might backfire on her. 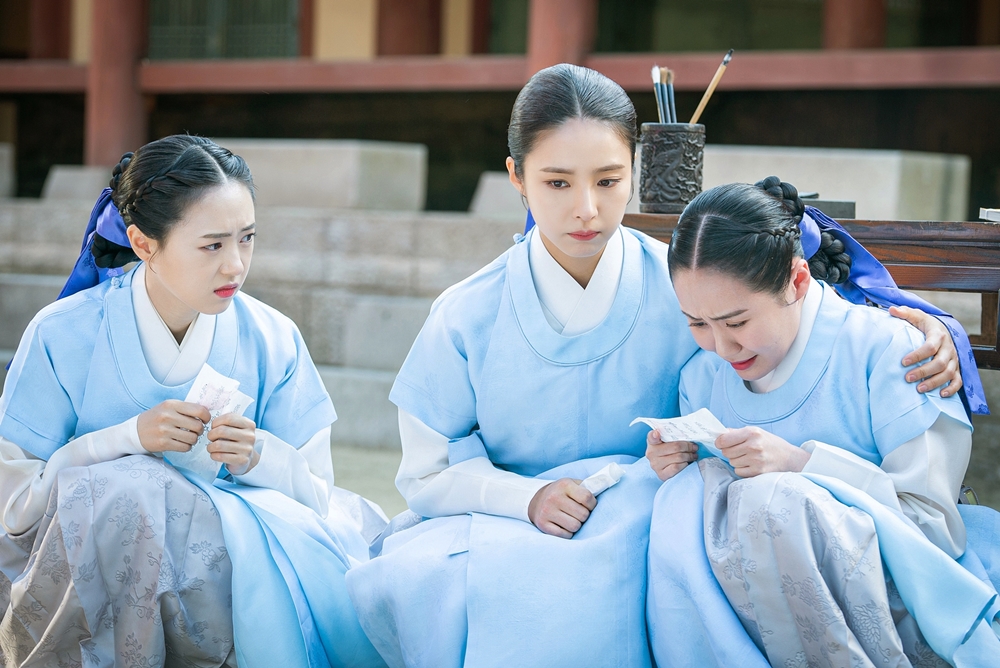 The next day, Hae Ryung receives hurtful words for her petition of banning assistant clerks working for government officials to resolve the corruption affecting the stipend of the government workers. Advising her how, everyone knows the situation, but her standing up does not make a difference at all since it has always been like that in the rotten system.

Picking on her gender as not being worthy of her job, the officer tells her that she does not have any right to cause trouble.
Officer Min gives a warning reminder to the raging officer who went to the extent of ticking Hae Ryung’s forehead to make sure his message will be clear. 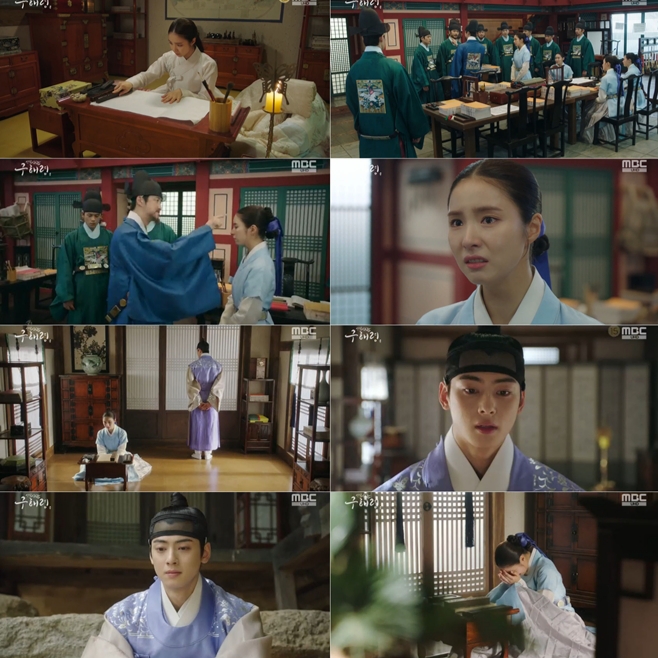 “Cry all you want Hae Ryung”

After holding back, Hae Ryung rants how she can be scolded, but at least she should know the reason why. Unable to comprehend why she gets castigated when she is only telling the truth, she angrily cries at the unfairness she experienced.

Worried at why Hae Ryung has not arrived yet, Prince Yi Rim goes out to get some air. When he sees Hae Ryung approaching, he goes back to his room. Not in the mood to bicker, Prince Yi Rim feels and sees her sullen mood. When he asks her what’s wrong, tears welled up in her eyes, as she silently weeps.

Walking silently to the door, Prince Yi Rim tells her to cry all she wants since no one will hear her. Hearing Hae Ryung cry out loud, Prince Yi Rim shares the pain from outside. 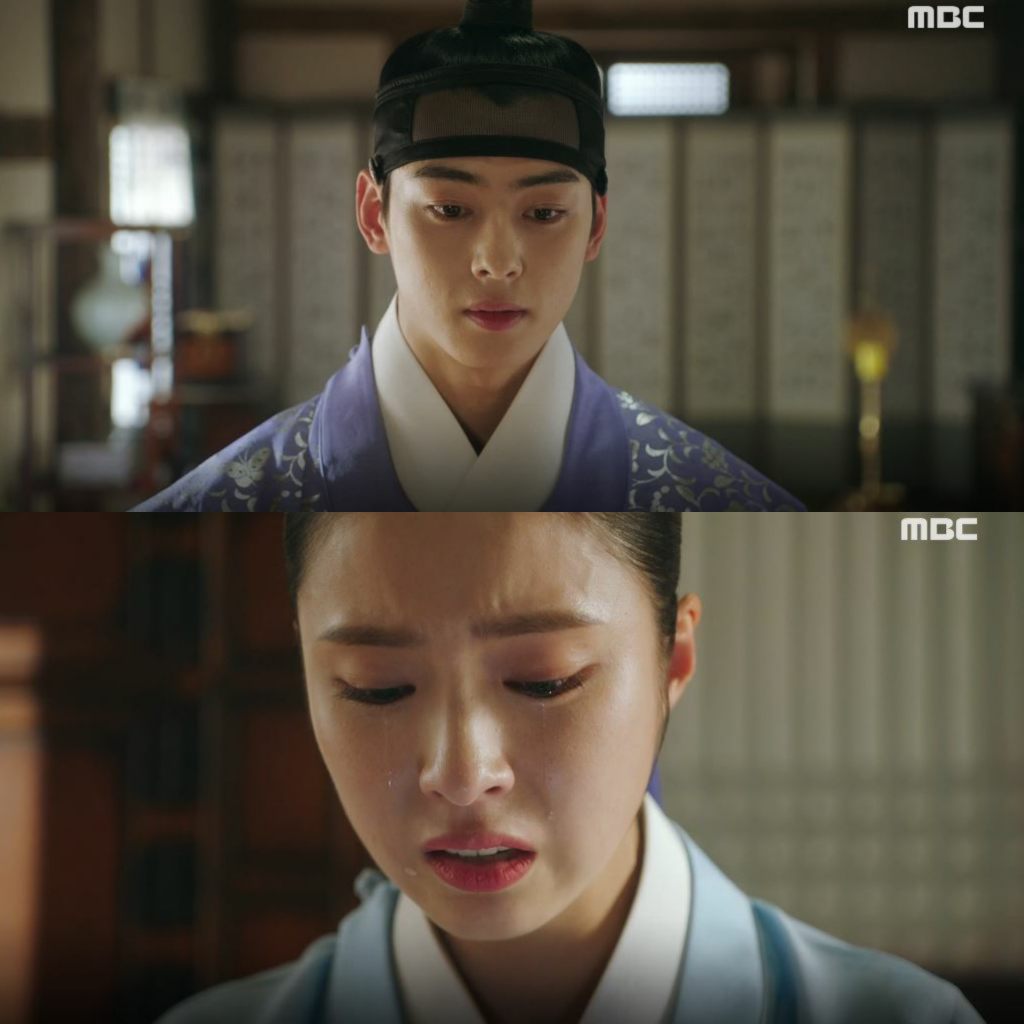 Dear drama, let’s stay vibrant for now. If the closing scene is a peek to future emotional frames, layered with that tear-jerker of a background music, our frail heart might not be able to sustain. *wink

Another thing I am appreciating more on Rookie Historian Goo Hae Ryung is the smart maneuver to use younger cast. I think the period dramas seem more heavy to watch when super veteran actors are conjured more in longer frames. In the series, even with older actors’ presence, the focus lean more on the younger cast. Inevitably, making the mood lively.

I love to see Prince Yi Rim defy orders given to him as influenced by Hae Ryung. I hope to know more about the masked archer and Jae Gyung’s hinted story with Sambo’s wife.

Will Yi Rim become friends with Hae Ryung? Will he be the man she can be comfortable with in the cruel palace? 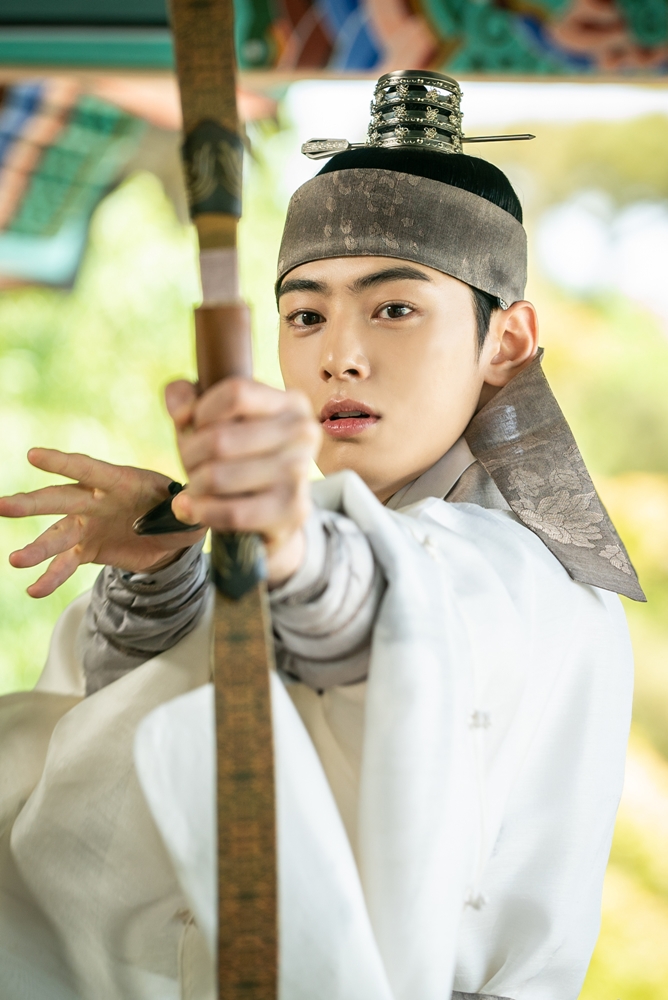 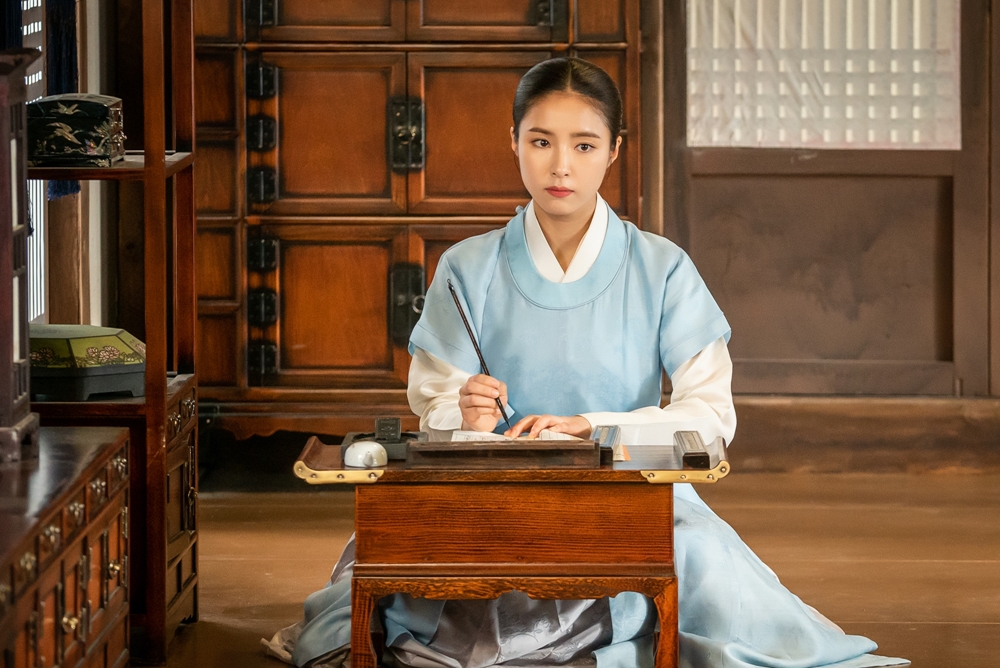