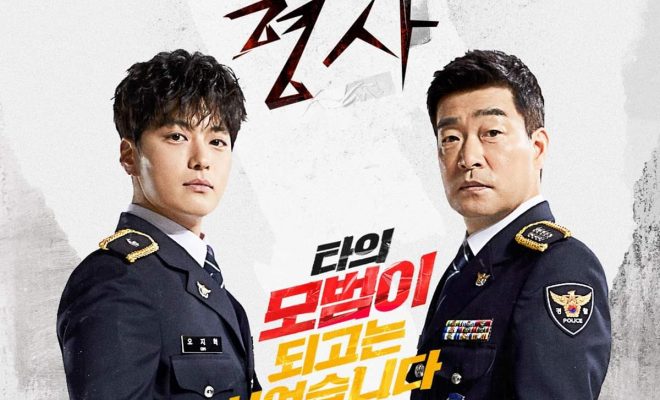 The intriguing video teasers of jTBC’s The Good Detective harbingers the approach of an addictive drama with a high-quality content.

New crime thriller series The Good Detective is set to grace the television screens in July. So far, the creators of the drama have already enticed the viewers with the release of some interesting teasers. 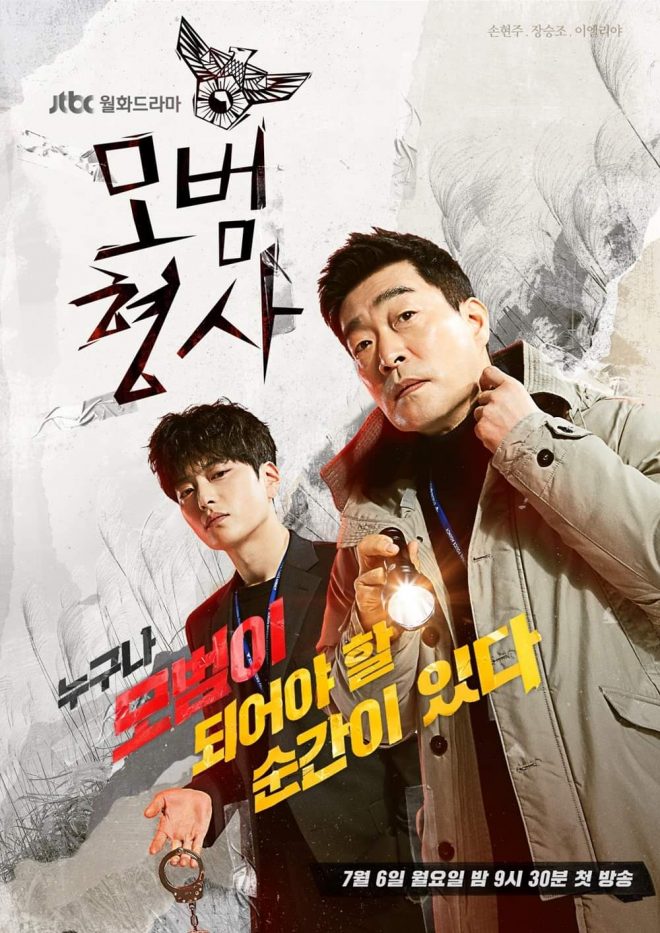 Starring Son Hyun Joo and Jang Seung Jo as the main leads, The Good Detective tracks the pursuit of truth behind a criminal case. The case is lead by a team of two detectives with different backgrounds and personalities. The drama also features Lee Elijah, Oh Jung Se, and Ji Seung Hyun in pivotal roles.

Kang Do Chang (Son Hyun Joo) is a detective who has an experience of 18 years. Some time before his promotion screening, he gets partnered with a new detective. The person in question is detective Oh Ji Hyuk (Jang Seung Jo), who is said to have graduated with the top rank from his University. Though it is only his 9th year in the police department, his rank is higher than that of Kang Do Chang.

Together, the two detectives use their methods to solve crime mysteries. The combination of a veteran detective Kang Do Chang and his new partner, a rich elite detective Oh Ji Hyuk, holds great expectations. 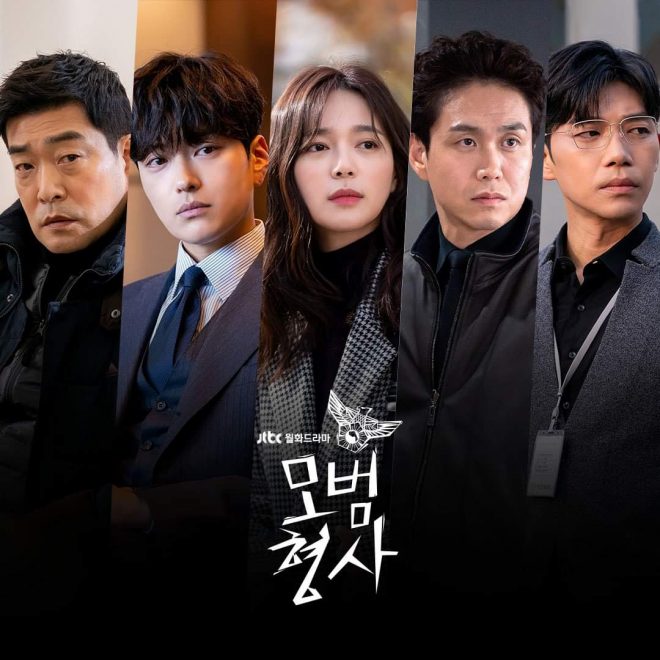 The first teaser video begins with the voice-over of a man who asks, “Do you know what is the most efficient way to cover the truth of the event? It is getting rid of the victim forever.”

In the scene, there is a car passing a road on a night of heavy rain. The car stops, and in the midst of it, a watch gets dropped. Meanwhile, someone drags a body outside a car. After that, the next scene shifts to Lee Dae Cheol (Cho Jae Yoon) getting arrested as the culprit of the incident.

Then one day, detective Kang Do Chang (Son Hyun Joo), who was investigating the Lee Dae Cheol case, receives a mysterious confession through a phone call. After hearing this, Kang Do Chang is determined to catch the criminal and says, “If I remain silent too, then there will be no one to talk to.” He is then seen questioning a suspect, saying, “Aren’t you sorry for the dead?” In another scene, he angrily remarks, “Don’t you have conscience?”

In addition, there are three other characters who are introduced in this video. First, partner Detective Oh Ji Hyuk is shown in action, while at the backdrop, he can be heard saying, “We don’t have time. It’s useless, so don’t waste your feelings.”

The second teaser video gives more insight into the characters, Kang Do Chang and Oh Ji Hyuk. In the video, Kang Do Chang shows his fierce self. Next, Oh Ji Hyuk appears at an auction house holding a licence plate. He then moves away from the place as the auctioneer declares a winner who had won the item for 800 million won.

The video then shows some soft as well as hardcore moments between the two partners. In some scenes, they are having a witty banter, whereas on others, they are persistently moving forward with their investigation.

The next cut shows Kang Do Chang trying to persuade his teammate to work on their mutual benefit and says, “Please take care of it. Just keep in mind that you and I are a couple.” He also does not hesitate to blow finger hearts.

Two Murders and the Truth

Throwing more details into the murder case, the third teaser begins with Park Geon Ho (Lee Hyun Wook), who is surrounded by numerous reporters shouting, “I have something to tell reporters!”

Thereafter, the faces of Kang Do Chang, Oh Ji Hyuk, Jin Seo Kyung, Oh Jong Tae, and Yoo Jeong Seok (Ji Seung Hyun) are displayed with words “silence”, “truth”, “justice”, “power” and “conspiracy”. It is implied that all these five keywords are associated with each of these characters.

Then the voice in the backdrop utters, “Snakes, serpents. How do you avoid the judgment of hell?”

The fourth teaser video suggests more stories and clues to the drama in a lighter note. Son Hyun Joo, Jang Seung Jo, Lee Elijah, Oh Jung Se, and Ji Seung Hyun, appear one after another in a cheerful atmosphere, making it impossible to keep eyes away from the screen.

Throwing clues to the incident through various images, the video continues to overflow with excitement and an equally enticing background music captures the attention. The siren sounds, sight of police stations, appearances of Kang Do Chang and Oh Ji Hyuk, the case scenes, and the related articles give a glimpse of the contents of The Good Detective, further enhancing the curiosity of prospective viewers.

The Good Detective will premiere on July 6 via jTBC at 9.30 PM KST. 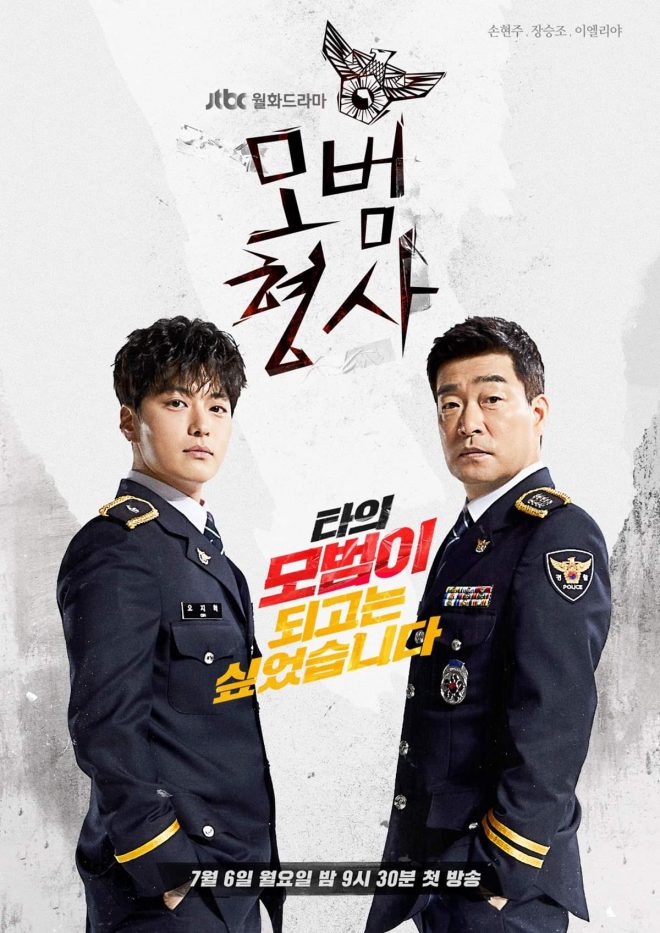