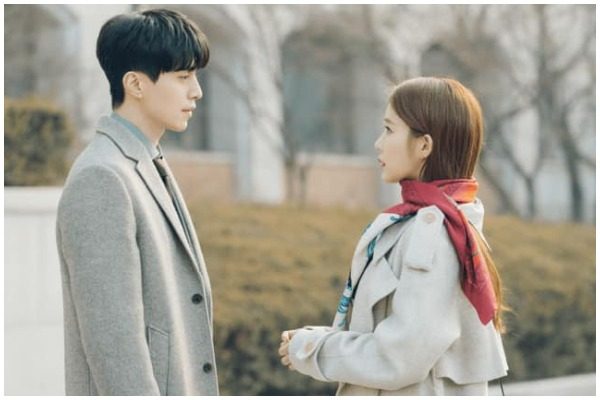 Key Moments In Episode 3 Of “Touch Your Heart”

Only three episodes in this endearing series, yet Touch Your Heart has already given us some major feels.

Oh Yoon Seo and Kwon Jung Rok’s first meeting was a disaster and it seemed they won’t be able to get past it. However, in the short amount of time they knew each other, both are discovering things that would help improve their relationship. 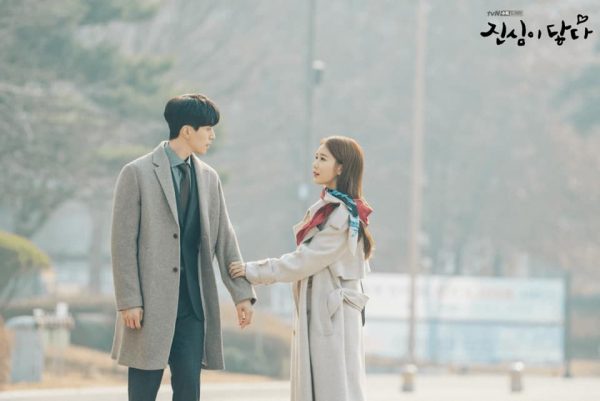 Episode 3 picks up where it left off from the last episode. After realizing that there is more to Yoon Seo’s cheerful attitude, Jung Rok tells her he will treat her like a true secretary. Happy that he is finally seeing her as a person of value instead of a nuisance, Yoon Seo runs towards him. However, she trips, thanks to the alcohol she imbibed and her clumsiness. This time, Jung Rok does not turn away, he catches her instead.

Flustered, Yoon Seo takes off to the wrong direction but Jung Rok points her to the right path. At home, she smiles to herself as she slowly realizes that the stoic lawyer is capable of being nice.

“I MEANT SHE’S OKAY AS MY SECRETARY”

Meanwhile, at home Jung Rok has just freshened up when his friend Se Won arrives from work. He teases Jung Rok about missing him to which the latter dismisses. Se Won sniffs him and asks if he was drinking. Jung Rok tells him about the drinks he shared with his secretary. 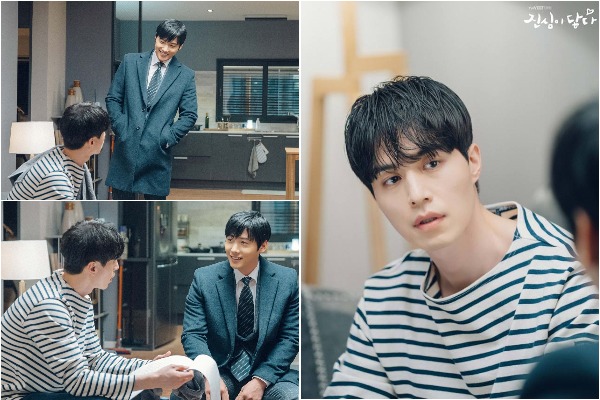 His friend can’t hide his glee and questions if said secretary is pretty. Jung Rok says Se Won is crazy, but the latter insists that he does not like his secretary. Jung Rok answers that he used to dislike her, and his response elicits another teasing comeback from Se Won. He says he likes her now as his secretary.

Jung Rok is a man of his words, Yoon Seo soon finds out. While she thinks that their dinner and his promise to work with her is a step towards friendship, Jung Rok literally means it. The next morning, Yoon Seo is all smiles as she greets her colleagues. She even enters Jung Rok’s office cutely, expecting a friendly reception.

However, as she is complimenting his tie, he hands her a list of office tasks she needs to perform. From filing, sorting, stamping case files and documents to bringing the paperwork to the litigation office, Yoon Seo has done it all. As promised, Jung Rok treats her like a real secretary now.

The next day, Jung Rok takes her out to meet another lawyer. He made her change her outfit to a company tracksuit with matching face mask and sunglasses to hide her identity. She grumbles about her ridiculous disguise, so Jung Rok explains that the person they are meeting is her avid fan. This information appeases Yoon Seo. Much to Yoon Seo’s annoyance, Jung Rok tells a bunch of excuses for her outfit – like her office clothes get ruined and the tracksuit is the only thing available for her to wear. He also tells the man that the mask is to hide her blotchy face due to a skin condition. 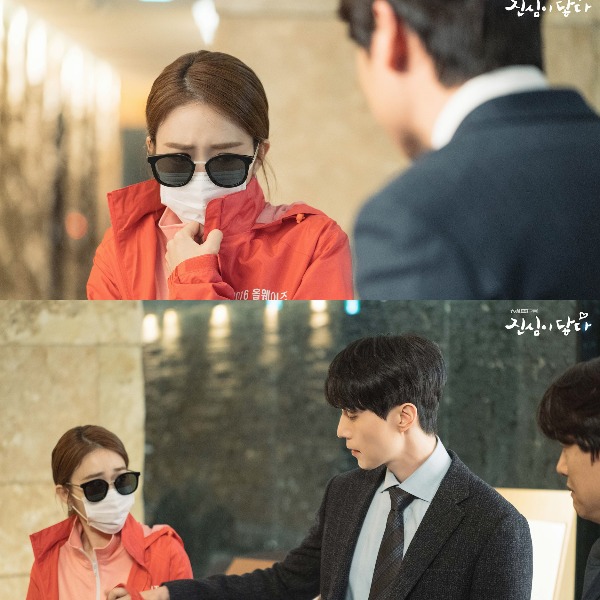 He adds that she can’t eat because she gained weight. The other lawyer gets creepy and Jung Rok arrives in time to save her. He reprimands the other man, take Yoon Seo by the hand and together they walk out of the restaurant. In the car, Yoon Seo reproaches Jung Rok for all the excuses and he apologizes. He treats her to lunch and confesses that he brought her to provide distraction as the other guy is known for being sneaky. He admits that he did not tell her in advance, so she would be herself and not act a part. Basically, telling her that her acting skills are bad.

After finding and emailing the evidence file to Jung Rok, Yoon Seo finds herself free for the rest of the day. She mutters to herself that it would be nice to see a trial. Attorney Choi hears her musings and invites her to join him in the hearing of his pro bono case. Yoon Seo is excited, and Lawyer Choi confidently says that he will show her what a good trial is like. However, the person he defends did not give him correct information.

He saves face by telling Yoon Seo that he may have lost the case, but justice won. Yoon Seo does not understand his meaning, so he just let it go. Yoon Seo talks to herself about Jung Rok being capable and charismatic but stop herself after realizing she is praising him.

Her day in court inspires Oh Yoon Seo ergo she tells her manager to buy her law books. She receives a text message from Jung Rok complimenting her for a job well done. In response, she tells him of the books she purchased and that she will study hard to be a dependable secretary. She sends him a photo of her reading and Jung Rok smiles upon seeing it.

Kwon Jung Rok gets the case of Yoon Ha, a teenager being sued for collecting money from her classmates in exchange for an idol group member’s autograph. Yoon Seo has seen Yoon Ha in her preliminary trial the day she watched Lawyer Choi. She knows that the girl is lying, and she tells Jung Rok about it. He tells her not to pass judgement and to gather petitions from her school to help her get a lenient sentence. At school she learns that Yoon Ha has a lot of victims so when she meets the teenager at Jung Rok’s office she gets angry.

Jung Rok tells her not to abuse her authority and avoid being emotional. Yoon Seo gets mad at him; however, she overhears Secretary Yang’s phone conversation about her daughter lying to get attention. This gives her an idea and goes to her agency. She learns that Yoon Ha is indeed a former trainee and she is a close friend of the idol group member. She realizes that Yoon Ha is acting up because she is lonely, scared and just wants attention. 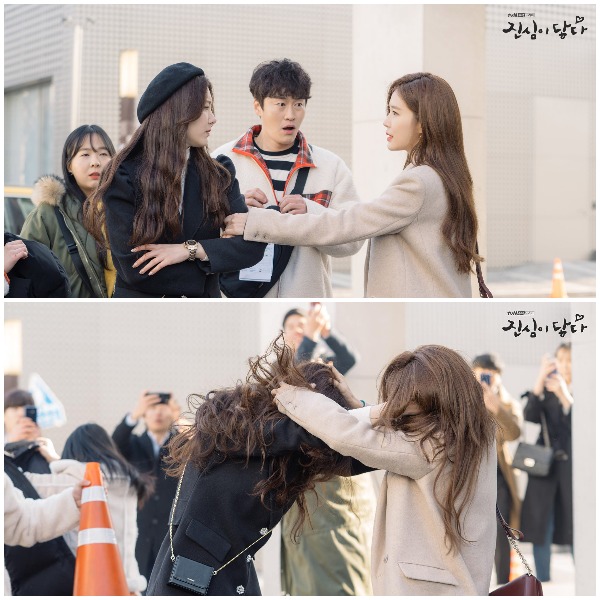 Outside she sees her manager talking to Min Ji and she hears that she wants Hyuk Joon to work for her instead of Yoon Seo. She says that according to the people in the industry, Yoon Seo won’t be able to comeback as her reputation is ruined. Yoon Seo confronts the younger actress and it results to a street brawl.

Yoon Seo is obviously hurt, not from the physical altercation, but more from the words Min Ji said. Hyuk Joon comforts her. Yoon Seo eventually feels better, and she promises that she will finish the three-month project and will make a great comeback. She also tells Hyuk Joon not to lie to her anymore. Yoon Seo goes back to the office, but she sees Jung Rok outside talking to someone on his phone. She learns that Yoon Ha is at the police station because she causes a commotion.

She informs Jung Rok about the things she uncovered about Yoon Ha. The lawyer is able to take Yoon Ha out of the police station and the three of them sit down for a meal. Jung Rok steps out to answer a call and it gives Yoon Seo an opportunity to talk to Yoon Ha. She tells her that she knows how the younger girl feels as she is somehow in the same situation. 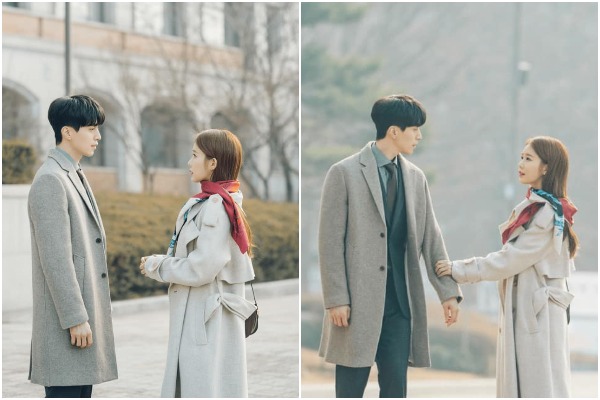 Yoon Seo tells Yoon Ha that it is never too late and not to abuse herself because in the end, she is the only person getting hurt by her actions. Yoon Seo’s speech moves the young girl and she apologizes. She also admits that she never intends to lie but she is more afraid of people knowing the truth about her. Jung Rok sees this and finds a way reverse their initial guilty plea. Jung Rok is certain that the fraud charges will be dropped.

He apologizes to Yoon Seo as he admits her being emotional got Yoon Ha to open up. He tells her she did a good job. Yoon Seo, after hearing Jung Rok’s words, wants to hear it again. She pleads with him to say it one more time. The wind blows her scarf and Jung Rok picks it up. He wraps the scarf around her neck and says, “You did well, Oh Jin Sim.”

Touch Your Heart episode 3 provides viewers a glimpse on the improvement in the relationship of Kwon Jung Rok and Oh Yoon Seo. Though they still fight, it is becoming obvious that they are getting to know each other better. Jung Rok has entrusted Yoon Seo to do office tasks and it is such a nice thing to witness her do a great job. Yoon Seo may not be used to working a secretary’s job, but she sure knows how to perform the responsibilities assigned to her. Her determination to finish what she started is an admirable trait.

The third episode has some emotional scenes, particularly the one in the car where Yoon Seo cries after her fight with Min Ji. She can take the physical pain, but the words truly hurt. She acts spoiled, but Yoon Seo has a forgiving heart and that is the reason Hyuk Joon sticks to her side. Yoon Seo has certainly gained insights after her scandal and I love that aspect about her. Her words resonated well with the rebellious teenager that was why she opened up to Yoon Seo. 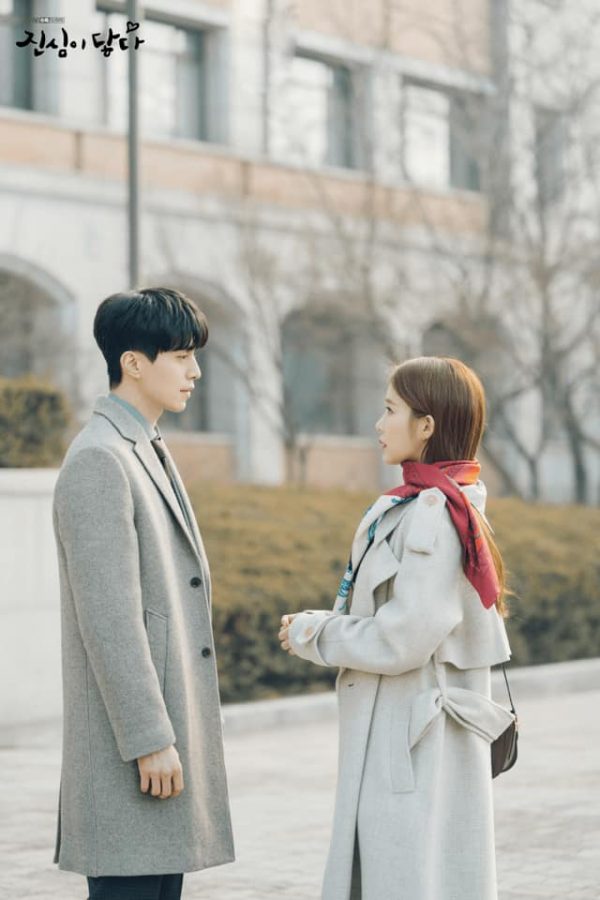 Jung Rok also saw that Yoon Seo has a certain level of maturity in her despite her childlike demeanor. He is slowly taking interest and I think he finds her petulance adorable, though most of the times he appears confused by it.

Things are definitely getting interesting for these two. Jung Rok and Yoon Seo’s awkward moments are so cute that I can’t wait for the romance to blossom. That small smile that creeps into Jung Rok’s face after reading Yoon Seo’s text messages and seeing her picture is a sight to behold. Lee Dong Wook and Yoo In Na are perfect for their roles and I am sure we have plenty of heart-fluttering scenes to witness from these two as the story progresses and their characters develop.

Watch Touch Your Heart on tvN Asia and VIU.