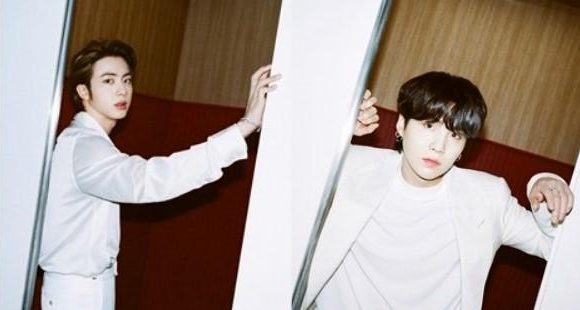 Jin and Suga showed their unrivaled charms in white suits!

BTS just amplified fans’ anticipation once again for the release of their upcoming digital English single “Butter” as they unveiled the teaser photos of Jin and Suga.

Previously, the group first revealed the teasers of Jungkook and RM on May 12. Moreover, they thrilled fans with a group teaser photo last weekend that drew a hot response from fans around the world.

Proving his “worldwide handsome” title, Jin looked undeniably captivating with his simple yet elegant suit and brushed-up hair. He stared at the camera while leaning against the elevator door. 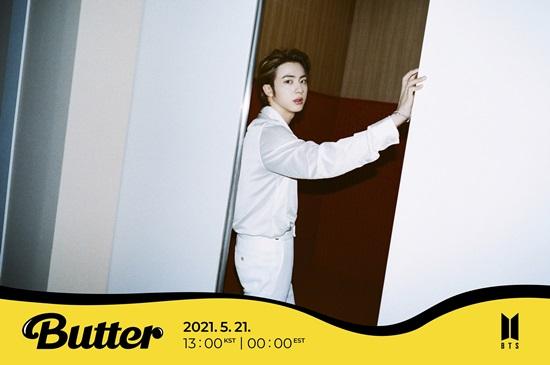 Showing his charm, Suga also gave a charismatic gaze with arms across the door. Unlike his dynamic appearance on the stage, he attracted attention with a clear and pure aspect. 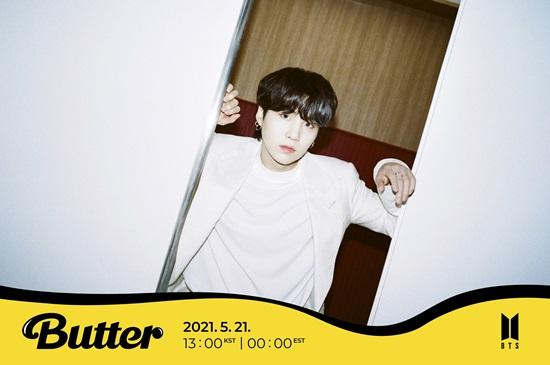 Similar to the previous teasers, both of their photos are in the form of posters with “Butter” and its release schedule displayed at the bottom.

As of now, a total of four solo teasers have been released. The individual photos of J-Hope, Jimin, and V will be unveiled on May 14 at 12-midnight KST. BTS will also reveal the second batch of teaser photos on May 17. Moreover, they will give a sneak peek at the official music video of their upcoming track on May 19.

“Butter” will be released through various music sites around the world on May 21 at 1 PM KST.

Meanwhile, in related news, BTS recently confirmed that they will perform “Butter” for the very first on the highly-anticipated 2021 BBMAs.