Visit the dark carnival with Dreamcatcher in their “BEcause” video teaser.

Dreamcatcher is set to surprise with a heavy sound for their upcoming summer album. Not just that, but the music video preview also hints at a darker concept than what one would expect for the holiday season. 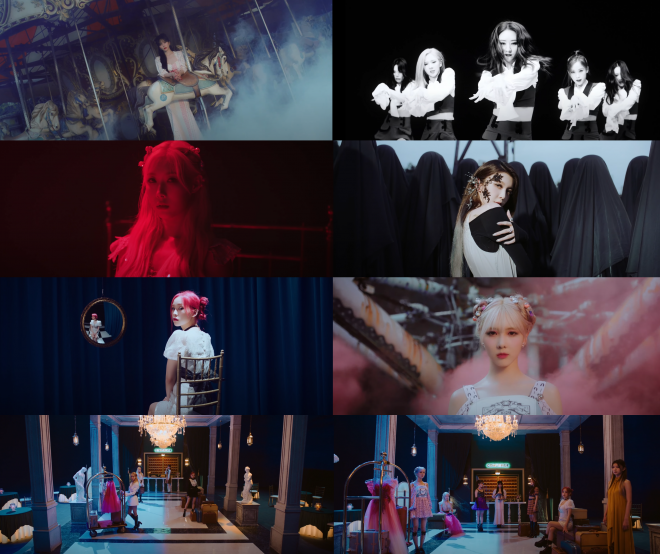 On July 27, the group drew attention with the shared trailer for their new title track “BEcause”.  The girls took us to a carnival, which emitted a dark yet compelling aura. Despite the slightly creepy atmosphere, the artists piqued the interest by staying true to their rock metal-based sound and murky clips.

Their new track has a cool and mysterious feel that is making fans to look forward for its full version.

Fans who are excited for the girls’ comeback have the chance to hear a small part of the song when the lyrics spoiler was shared. The intensity which came with the short clip gave away that this is not going to be an ordinary summer number.

After sharing three different concept versions for the new album, Dreamcatcher also revealed the six titles to fill it with. With the music video teaser, fans are anticipating to what the story will tell through the full clip.

The group will share its Highlight Medley next, followed by a dance preview for “BEcause”. That will conclude the countdown and will bring fans right to the album itself a day later.

Dreamcatcher will captivate with its special album Summer Holiday on July 30 at 6 PM KST. They will also hold a comeback showcase on the same day at 8 PM KST through their Naver V Live channel.