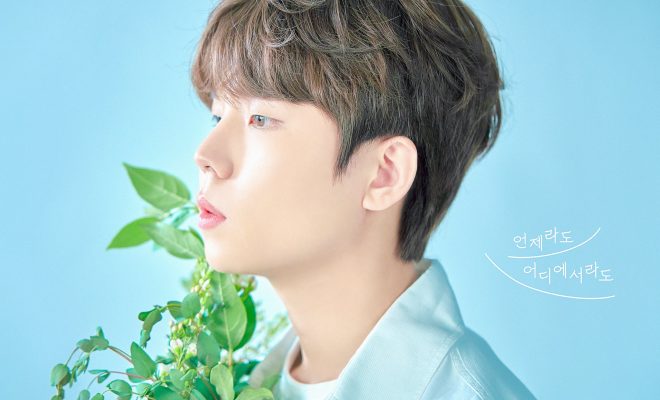 Jung Seung Hwan never ceases to astonish with his creative and artistic skills!

Jung Seung Hwan strikes once again with his heavenly voice that conveys the deepest emotions. His latest release makes it even more impossible to not fall in love with his awe-inspiring vocals. 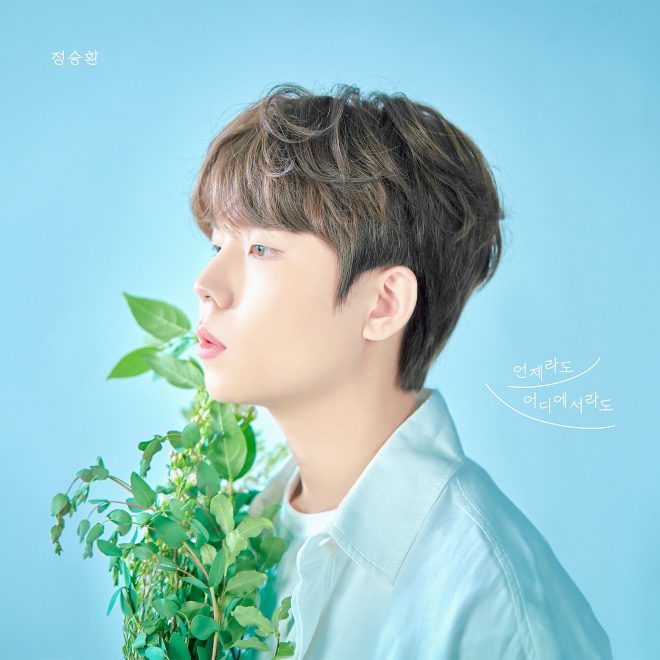 On June 17, Jung Seung Hwan made a delightful comeback with the single, “Whenever, Wherever.” Alternating away from his signature style that usually involves sad music, the singer brings forth a bright song, filled to the cusp with warm feelings.

“Whenever, Wherever” Comeback Countdown Timeline

Giving a sweet surprise to fans, on June 8, Jung Seung Hwan announced his new single “Whenever, Wherever.” Along with that the balladeer posted a scheduler revealing the comeback date through various channels. 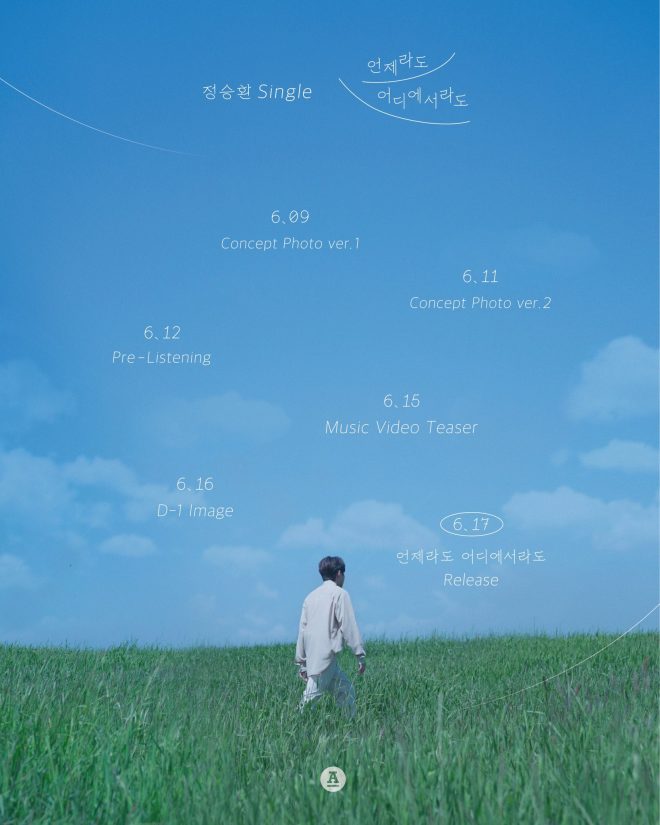 Then, on June 9, Antenna Music unveiled Concept Photo version 1. Robed in a white outfit, the vocalist poses against a blue background that distills a sweet, serene atmosphere.

While, another set of photos, the singer is garbed in a blue striped shirt emanating a melancholic aura. 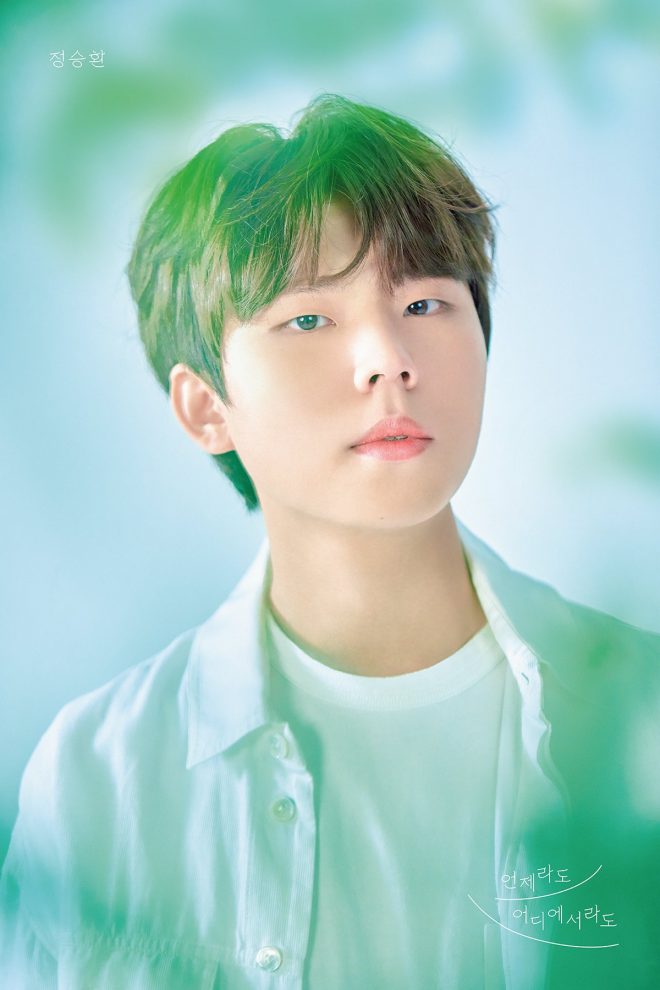 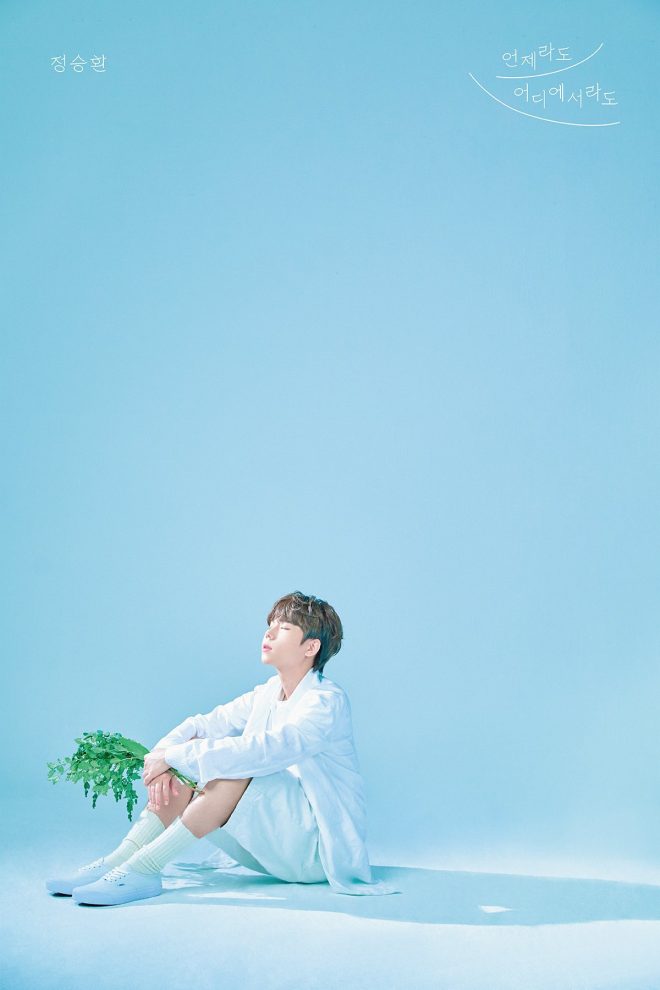 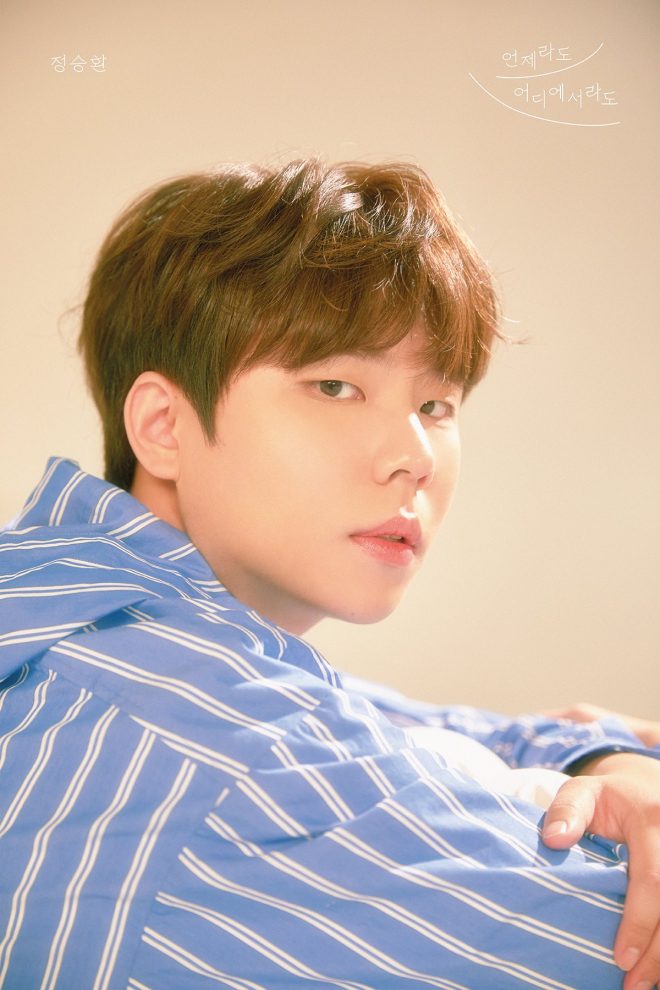 Then on June 11, Concept Photo version 2 was released. In the first batch of photos, the soloist is seen in a green plain meadow immersed in the breezy air.

Whereas, the other photos of version 2 captured the snapshot of the artist with the sea and pastel-colored sky as the background. 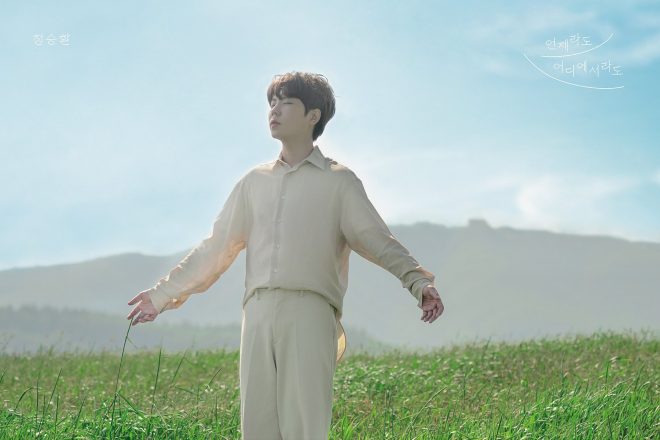 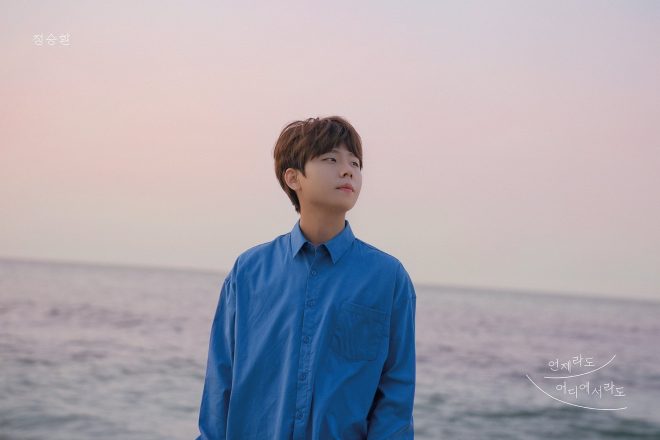 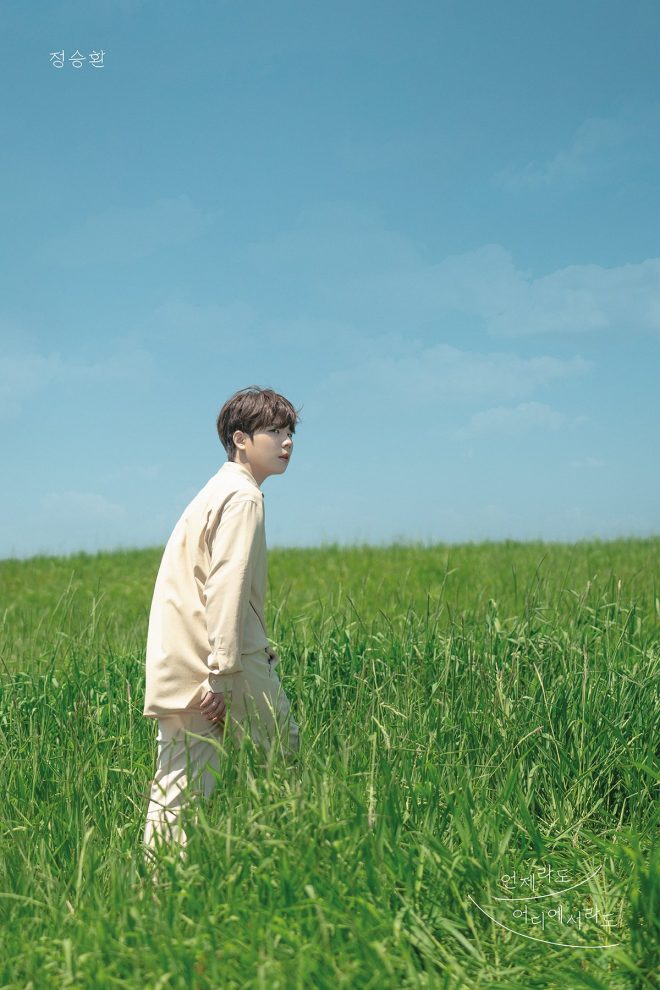 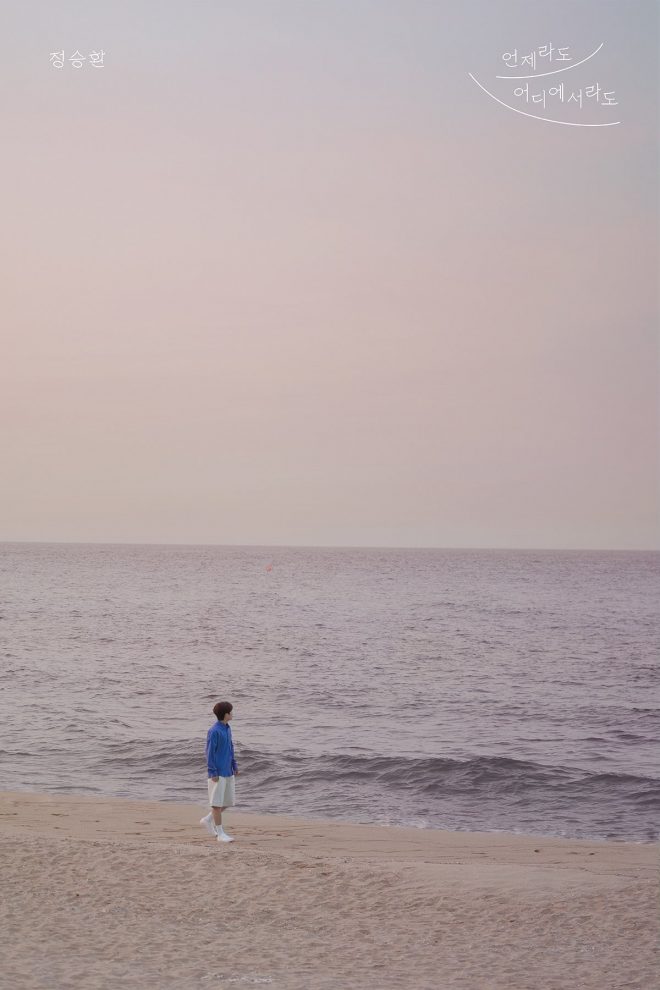 Giving a small taste of the upcoming track, on June 12, short audio snippet of “Whenever, Wherever” was disclosed. It was also revealed that the track was written and composed by Jung Seung Hwan.

Subsequently, on June 15, the MV Teaser for “Whenever, Wherever” was shared.

Thereafter, one day prior to the music release, Antenna Music uploaded a D-1 teaser image.

“Whenever, Wherever” First Impressions

Beginning with a sombre piano melody, “Whenever, Wherever” sets up the mood evoking the sensations of a going through a fairytale-like magic. With his expressive singing vocals, Jung Seung Hwan relays his heartfelt optimistic thoughts that immediately brings inner peace to the listeners.

In the later part, the instrumental sounds usher a happier energy. The solo flute music stands out giving off the chills. Towards the end, the choir hums in harmony with Jung Seung Hwan, which feels as if the angels of light have come down to earth and casts away all the darkness.

“Whenever, Wherever” MV Afterthoughts

As pleasurable are the sounds of “Whenever, Whenever,” the MV too captivated with its scenic beauty. Keeping in tune with the sweet feelings of the song, the music video used warm colours, while keeping everything minimalist at the same time.

Capturing the essence of the song’s meaning, the video relayed the hopeful message that there are better days ahead.  The shots of the bright blue sky, vivid green surroundings, and trickling waves of the vast sea were an aesthetic bliss that makes the viewers appreciate the small wonders of life.