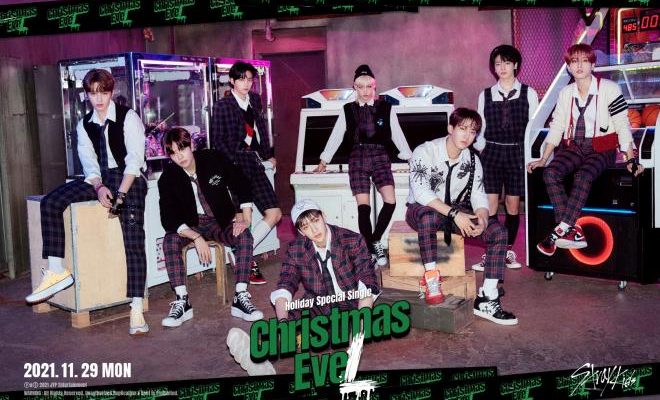 Stray Kids is about to make STAYs’ holiday season more memorable and meaningful as they unveil a fun music video teaser for “Christmas EveL!”

Talented group Stray Kids is bringing yet another striking and unique concept into play in their upcoming holiday single titled “Christmas EveL.”

The boys have already managed to raise STAYs’ excitement and anticipation for the special release by unveiling various eye-catching promotional content.

Over the past few days, JYP Entertainment shared striking and vibrant concept photos for the group’s upcoming release. The individual concept photos graced fans’ timelines on November 16 and 17. The unit images followed, which display the members’ insanely attractive looks. 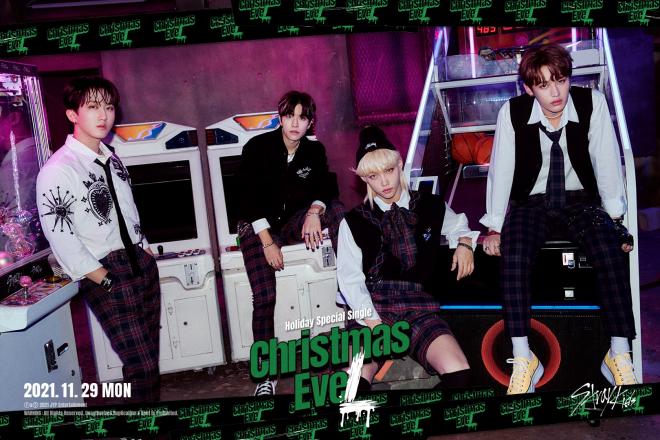 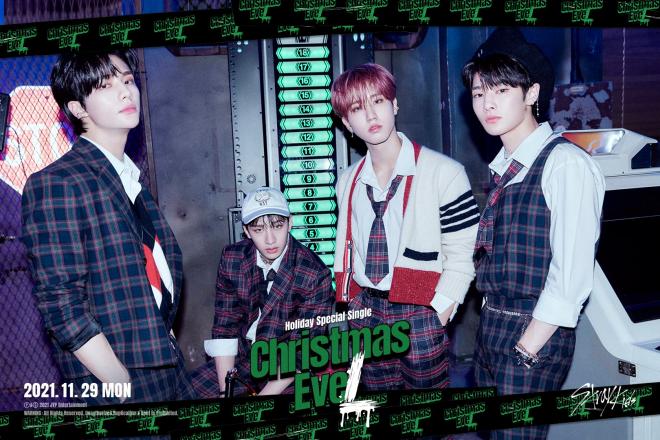 Accompanying these sneak peeks, the agency also unveiled a track list, album details, as well as a poster to the upcoming song.

In the pictures released, Bang Chan, Lee Know, Changbin, Hyunjin, Han, Felix, Seungmin and I.N. all looked like complete visual gods. Sporting a chic and preppy concept, their maturity and charisma stood out, along with their gorgeous physique. The outfits they are wearing in the shoot also made them more manly and confident.

Besides their piercing gazes, the members’ facial expressions and cool poses add to the growing curiosity of many regarding the vibe of the single and the rest of the songs. Given their unique music style and distinct concepts, Stray Kids will surely put a twist into the usual songs that we usually hear during the holiday season.

A SPECIAL PRESENT FOR STAYS

What stood out the most among Stray Kids’ list of teasers was the first music video trailer for their lead single “Christmas EveL.”

Right off the bat, anyone can feel that the song is going to unleash the group’s creativity and amazing artistry once again. As expected from one of the most versatile groups of this generation, the track exudes boldness and fierceness, which Stray Kids pull off really well.

Released on November 19, the first MV teaser begins with one of the members turning up the volume of the car’s stereo. The frame then shifts to Lee Know and Bang Chan, who are eating snacks and sitting at the driver and passenger’s side of the car, respectively.

A few seconds later, you will then see the rest of the members sitting close to each other at the back. Some of them look tired and sleepy, while others are having fun and enjoying the view of the snowy road outside. All of them are listening to an important announcement on the radio saying that Santa Claus has hired a substitute for his work after he got hospitalized from losing his voice from the subsequent sound monster attacks.

The radio announcer concluded his message by saying that everyone cannot wait to meet who the substitute is and whether that individual will be able to spread joy to children like Santa does.

Right after listening to the radio announcement, Bang Chan then looked behind and encouraged the members to get ready. Hyunjin, Changbin, Seungmin, Han, I.N. and Felix then immediately complained but Bang Chang started setting the GPS tracker, which would bring them to their assigned destination.

It turns out that the group is the appointed substitute of Santa Claus for this holiday season. As the tracker starts, the catchy beat to the song then started playing. You will also hear Felix’s distinct voice in the background while saying a brief line from the track.