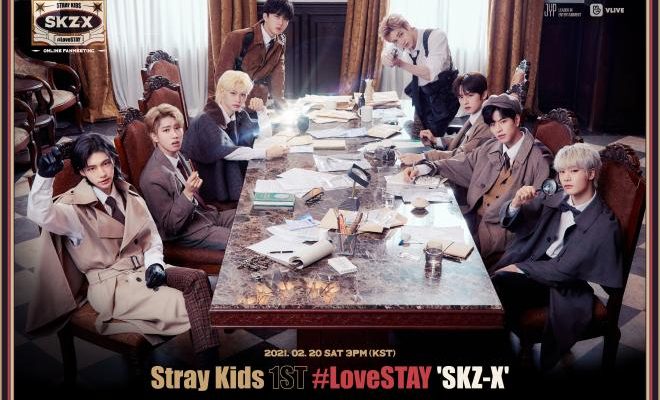 Well-loved K-pop boy group Stray Kids will be making the month of February even lovelier as they are set to meet fans through a virtual event. 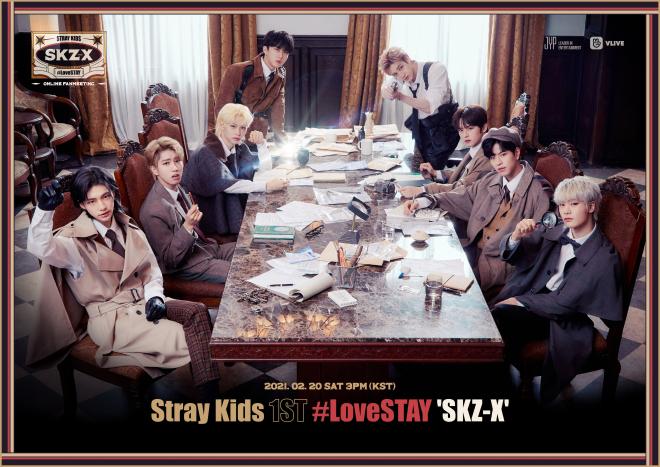 On January 25, JYP Entertainment’s prized octet has shared a delightful news to fans. Specifically, the group announced that they will hold an online fan meeting titled 1st #LoveSTAY ‘SKZ-X’ on February 20 at 3 PM KST.

In the official poster for the said virtual party, Bang Chan, Lee Know, Changbin, Hyunjin, Han, Felix, Seungmin, and I.N transformed into charming detectives. More details about the much-awaited event will be revealed in the coming days.

Meanwhile, in related news, Stray Kids confirmed their appearance on Mnet’s idol survival show Kingdom. It is a follow-up to the series Road to Kingdom and the male version of Queendom. The program features various male idol groups performing a series of survival stages, in competition to win “a throne”. The series sets out to display the performance skills of various K-Pop groups through a suspenseful format.

Aside from Stray Kids, other artists included in the star-studded lineup are The Boyz, ATEEZ, and recently iKON. Moreover, TVXQ’s U-Know and Changmin will be leading the show as MCs.