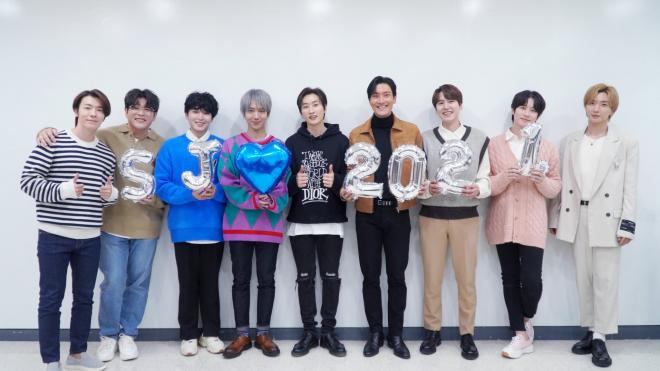 Looks like we’ll be getting Super Junior’s much-awaited return in a later date once again.

Super Junior postpones for the second time its much-awaited comeback, with the 10th full album release rescheduled to March.

Label SJ announced via Super Junior’s official social media account on February 1 that the previously scheduled February 16 comeback will be moved to March 16 instead.

Prior to this, various contents including teaser images were released to hype up fans with Super Junior’s return.

Originally, Super Junior was to release its full album on January, but was later postponed to February 16. Reason for the first postponement was that the group needed to patch things more to perfection as it will be a memorable stage in the group’s undying career.

On the other hand, Label SJ offered an explanation saying “We are preparing for the new album as best as we can, but we have made a difficult decision due to the repeated trial and error to come up with better results.”

The agency also apologized to fans who have been waiting patiently due to repeated schedule changes. They also extended Super Junior’s regret and unfortunate emotions with the comeback postponement. 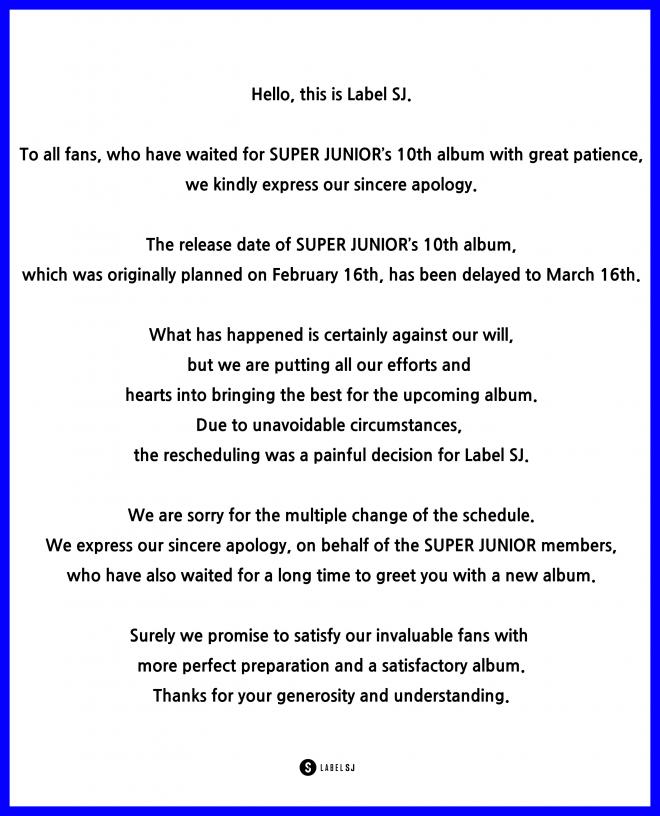 Meanwhile, Super Junior’s Kyuhyun recently made a digital comeback that swooned fans’ hearts. “Moving On” was a remake of the 2015 song “On The Last Day” by singer-songwriter Hong Seok Min. The song was a part of the 2021 PROJECT: Season, which lets Kyuhyun release songs in accordance to the four seasons.