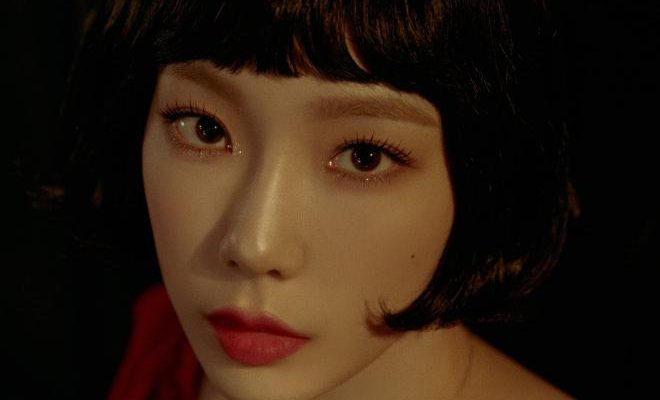 Take note of the important dates ahead of King Taeyeon’s return!

Girls’ Generation’s Taeyeon is preparing for another explosive return with the 3rd full album INVU.

On January 25, SM Entertainment revealed a riveting image teaser that marks the vocal queen’s solo comeback. The photo sees a hand gripping a bloody fruit behind the bold white letters “INVU,” signaling another era that will present Taeyeon’s impressive impact in the Kpop industry. 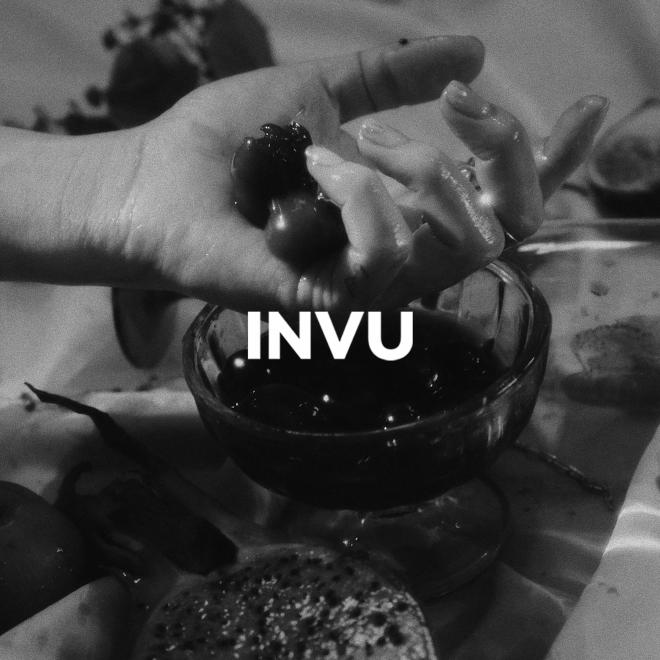 Relatively, this will mark Taeyeon’s first physical album release after the digital single “Weekend” in July 2021 and the 4th EP What Do I Call You in December 2020.

Then, on January 29, a schedule poster granted fans the green light to start expecting various content ahead of the upcoming release. Specifically, Taeyeon is expected to draw fans’ keen attention as a mood sampler will be released on February 3. 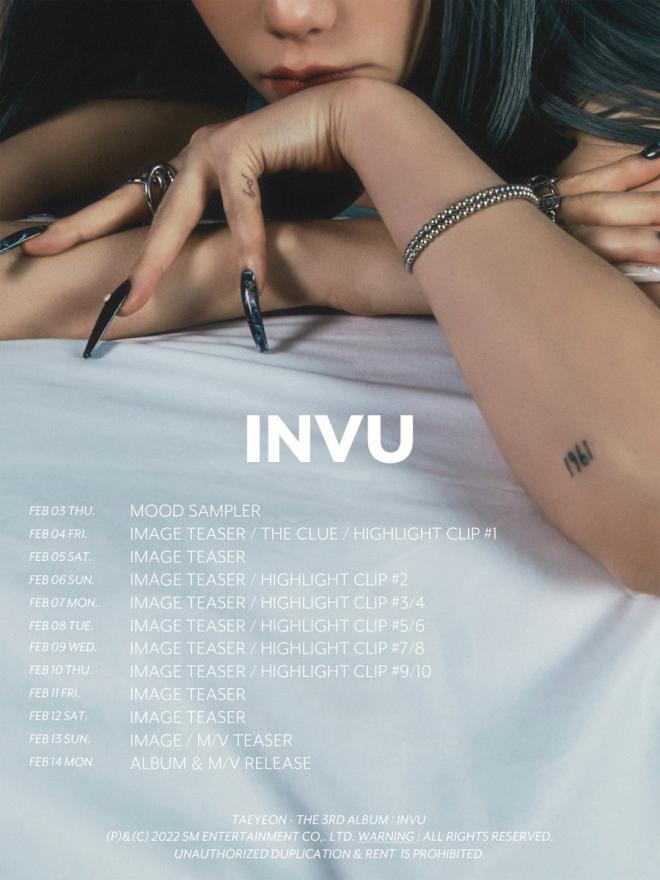 Meanwhile, Taeyeon recently unveiled her pre-released digital single “Can’t Control Myself” on January 17. The track immediately received enthusiastic responses upon its release. Not only did it dominate global iTunes charts, but also in music charts in South Korea. Furthermore, Taeyeon’s 3rd full album, INVU, will be released on various music sites on February 14 at 6:00 PM KST.