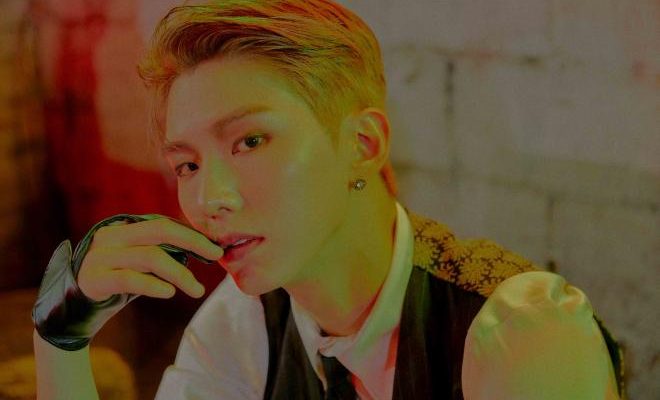 Make way for the vocalist who not only soothes but stirs with his saccharine voice – yes, we’re talking about none other than the multitalented Yoo Kihyun!

MONSTA X’s Kihyun has stunned with his out of this world vocals every single time. There is no denying that on each of MONSTA X’s tracks, Kihyun has slayed be it with his breathy vocals or signature high notes. 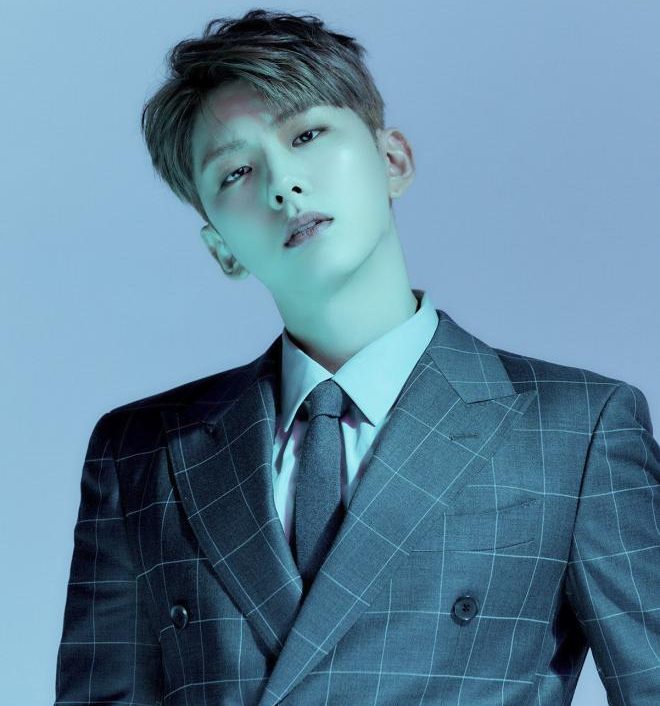 However, he has showcased that and more on multiple occasions on various covers, live performances and OSTs as well, and here’s a list proving just that.

Kihyun has got hearts racing with his outstanding musical style that fits perfectly with the heartwarming melodies of K-Drama OSTs. Recently, the MONSTA X vocalist stunned with the track “To Be With You” from the drama Do Do Sol Sol La La Sol. However, it isn’t the first time when he has impressed with participation in an OST.

Starting with his collaboration OST number with fellow MONSTA X member Jooheon for KBS’ Orange Marmalade, Kihyun certainly attracted the attention of fans with his sweet vocals on “Attractive Woman”.

Well, everyone can certainly agree that Park Seo Joon is dreamy, to say the least. But what’s even dreamier is Kihyun’s pristine vocals playing in the background on the track “One More Step”, during a heartwarming montage of the ace actor’s stills from MBC’s She Was Pretty.

The moment this track begins, the versatile vocalist shakes hearts as he sings, “Gonna explode after a few seconds/ You can’t stop me/ Broken timer switch/ I’m running to 0/ I won’t stop anymore”. And sure enough, he doesn’t stop as he charms one verse after another on “The Tiger Moth” from Shopaholic Louis.

Without a question, Kihyun hits listeners in the feels with his serene vocals on Suspicious Partner‘s “I’ve Got A Feeling”. Add to that, Ji Chang Wook and Nam Ji Hyun’s heart-fluttering moments, all paired with the sweet singer’s serenades, only add to the romantic vibe of the overall track.

The dynamic duo strikes again! Kihyun and Jooheon teamed up for another spectacular OST track. Staying true to its name, “Can’t Breathe” from MBC’s Partners for Justice is breathtaking, thanks to Kihyun’s high octane vocals, Jooheon’s swaggy rap verses and not to mention their charismatic synergy.

Kihyun made fans fall in love as he captured their hearts with the sweet “Love Virus”, ain’t that right Monbebes? The alluring artist teamed up with WJSN’s SeolA for tvN’s What’s Wrong with Secretary Kim’s OST. Both the soulful singers impressed with their stunning vocals that harmonized like a dream. While SeolA brought forth a refreshing playfulness, Kihyun delivered an air of romance with his ‘love’ly voice.

Expressing one’s mourning heart filled with feelings of being unable to let go of a loved one even with the promise of spring coming after winter, Kihyun exuded warmth with his honeyed voice! “Again, Spring” from Meow, The Secret Boy, reiterates that the MONSTA X member is indeed the King of OSTs as he tugs at listeners’ heartstrings with delicacy on this delectable number.

All hail his majesty Yoo Kihyun who mesmerizes with his mellifluous vocals. As he delivers hits after hits in MONSTA X, the singer also captivates with his compelling song covers.

‘Believe’ when we say that with this stellar cover, the super singer proves that the ‘K’ in K-Pop stands for Kihyun! Delivering an electrifying cover of Imagine Dragons’ “Believer”, the artist had fans shook. Kihyun evinced that he is the ultimate rockstar indeed with this version.

Showcasing that he is a ‘natural’ when it comes to bringing forth some of the most flawless renditions, Kihyun released yet another Imagine Dragons cover. With this, he impressed as he rocked this rock track indeed with his rich and versatile vocals – all from stunning with his rumbling growls to his mellow notes.

The vocalist rendered listeners speechless with his riveting rendition of Jung Joon Il’s sentimental ballad “Hug Me”. Any amount of praise wouldn’t compare to the magnetizing power of Kihyun’s voice. His dulcet vocals only shine against the soft piano melody of the song.

Reigning Over Hearts With His Seraphic Voice

The charismatic Kihyun has also made fans quiver with excitement with his divine voice with some of his live performances as well, be it on a show or during a MONSTA X performance, the singer has ensured that he made Monbebes swoon to his delightful tunes!

The vocalist recently revealed a cover performance of Christopher’s track “Bad”, that unlike its name was oh so good! All from stirring with subdued high notes and fluid falsetto, singing, “I can see the way you look at me, waiting to attack/ You are on your worst behavior/ I want it just like that,” in those soft breathy tones, this performance certainly emphasized the fact that there isn’t any song that Yoo Kihyun cannot sing and like an angel at that.

Look at the Dragon King owning the place with his dynamic demeanor! Kihyun stunned with his soul-shaking voice on MBC’s King of Masked Singer back in 2016. Take a look at this heart-thumping performance that certainly had viewers grooving as much as the panelists.

When Kihyun unveiled this earth-shaking performance, the only thing that Monbebes were left saying was “Beautiful”. The vocalist revealed his sweet rendition of Crush’s much-loved track from the drama Goblin’s OST during the 2017 KCON in Mexico. To say that this cover dazzled would truly be an understatement.

Who can forget his heart-rending cover of “Hyeya” by SHINee’s Jonghyun? Even during his pre-debut days, Kihyun showcased his powerhouse persona that radiated in his ethereal voice. The heart and soul he put into this performance, certainly showcases that the singer is where he belongs – shining like the star he is under the spotlight!

Let’s not forget some of his most jaw-dropping moments wherein he left all of us speechless with his high-octane vocals in some of MONSTA X’s hits from his fluid falsetto in the chorus of “Underwater”, his signature high notes in “I Do Love U” and how can we complete this list without this iconic moment:

Some things remain unchanged as even post his debut in MONSTA X, Kihyun continues to give it his all and it is seen in each of the tracks by the group wherein each single is a testament to the singer’s immense talent.

Take for example MONSTA X’s recent release FATAL LOVE wherein the vocalist stirred with his lethal singing style in each of the tracks, with his STUNNING high note in “Love Killa” to him sweetly saying “Sorry I’m Not Sorry” as he captures hearts with his euphonious voice, Kihyun showcased his versatility and evolution as an artist. 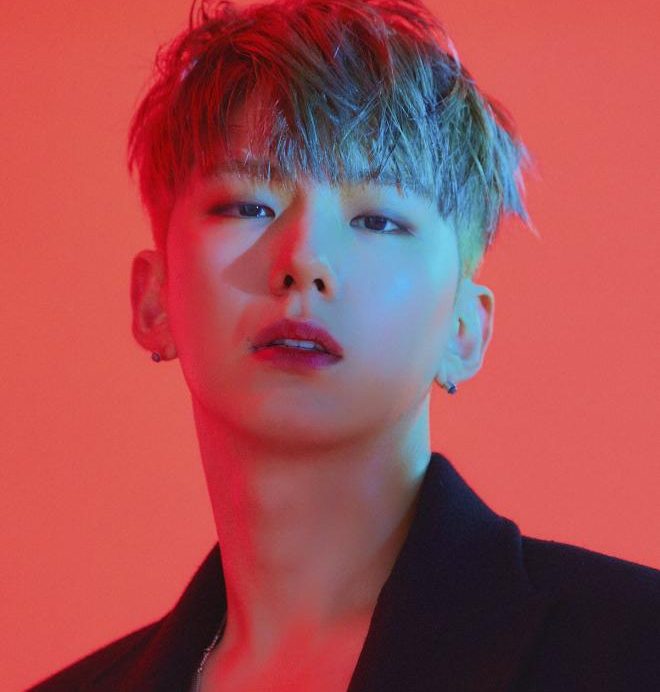 There is certainly no denying that Kihyun truly brings the essence of the word ‘idol’ to life. He is certainly an inspiration for every Monbebe around the globe with his encouraging words, his thoughtfulness towards his beloved fans as well as his humility, and passion. The adorable artist truly brightens up Monbebes’ world with his bright smile and warm persona!

Happy Birthday To The Vocal Legend And Young Flexer Kihyun!