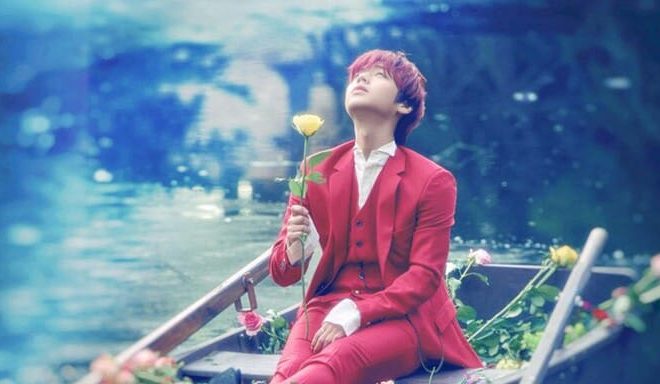 Park Ji Hoon has been making us fall in love over and over again as he gears up for his solo debut with these swoon-worthy teasers!

It is almost time for the upcoming debut of Park Ji Hoon as a solo artist, which will be marked by the release of his mini-album O’ CLOCK on March 26! Showing that he knows exactly how to make his fans swoon, the former Wanna One member had counted down to his special day by dropping several lovely teasers to make them anticipate even more.

On March 13 and 14, Ji Hoon had everyone staring at his two concept photo versions when it got released simultaneously as if they were the human embodiment of the heart-eyes emoji! Showing the idol sporting his red hair, the concept photos had prepared Ji Hoon’s Mays for the day he makes them all fall in love with him. 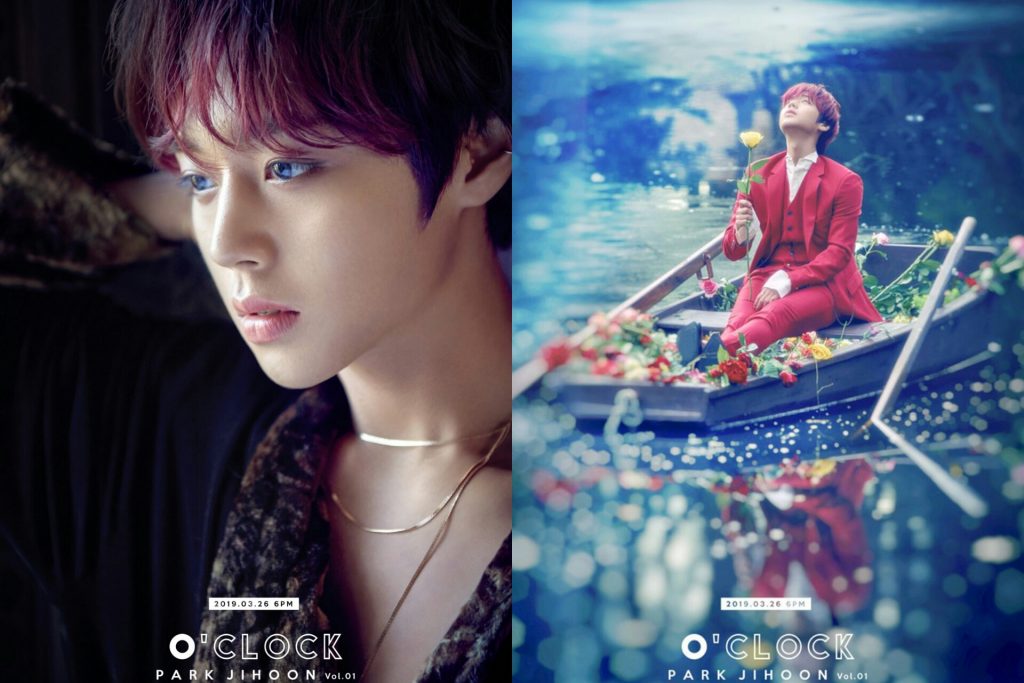 Just like his expressive eyes, the multi-talented idol-actor seemed like he was telling a story through his mini-album’s track list he shared on March 17. Besides revealing that his first-ever solo debut mini-album will feature six delightful songs, he also unveiled the lead track to be “L.O.V.E”.

His Mays were also thrilled to see the last track listed as “Young 20”, the song gifted to him by former group mate Lee Dae Hwi who produced it himself. Park also participated in writing its lyrics with Lee, and he had been performing the song during his recurring solo fan meeting around Asia. 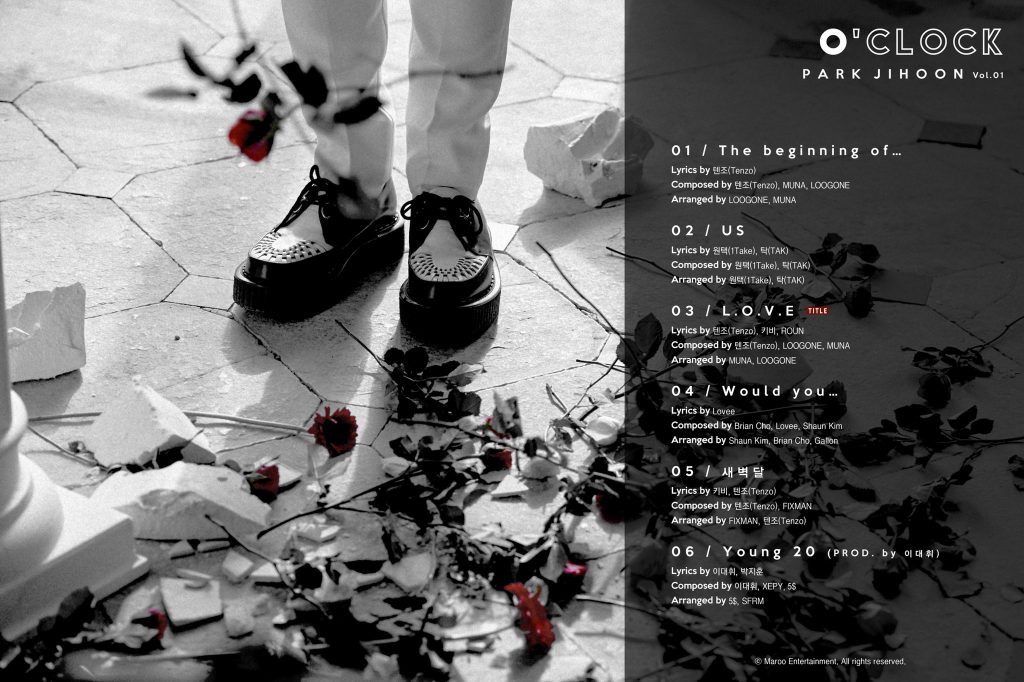 Like the boyfriend material that he is, Park Ji Hoon took us to the romantic city of Prague, where he shot his music video. The short video teaser was released on March 19. Strolling around the city’s various sights which matched his ethereal beauty, the singer-rapper-dancer gave a short preview on what to expect from his debut music video. Prior to its release, we can already tell that we will love it based on the forty-second teaser.

Giving fans a quick glimpse of his new music, the idol dropped medley snippets from O’ Clock on March 21. It combined  dreamy highlights of the album. With one quick listen at the preview which lasted for more than a minute and a half, we were able to get a taste of the rich musical color Park will display for his first release as a solo artist. 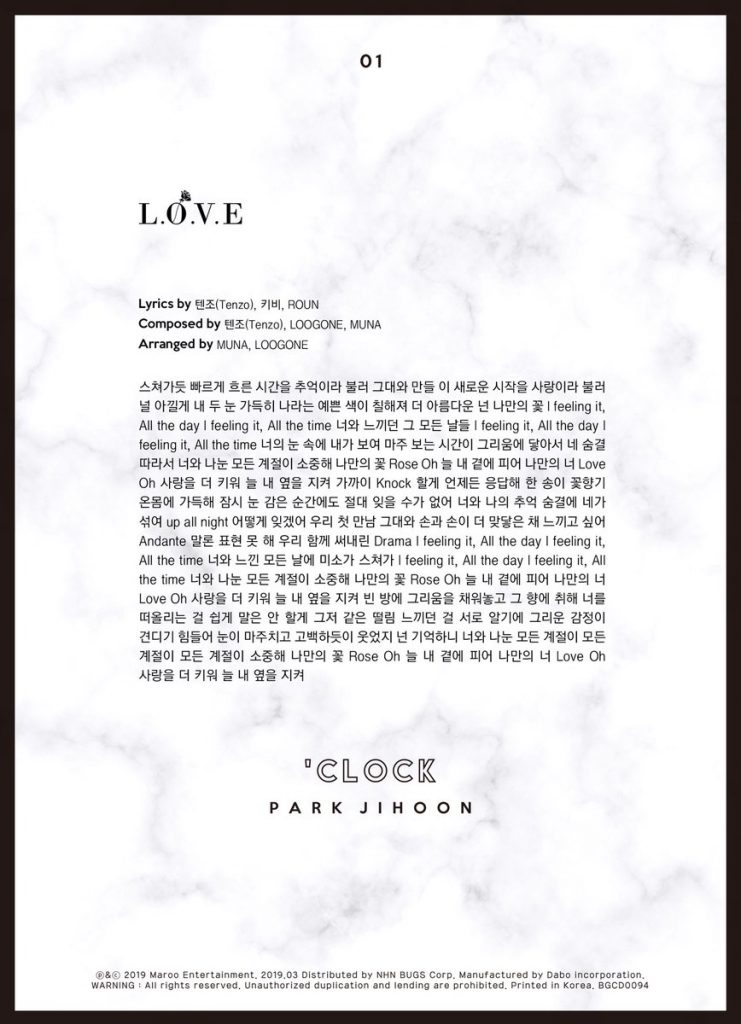 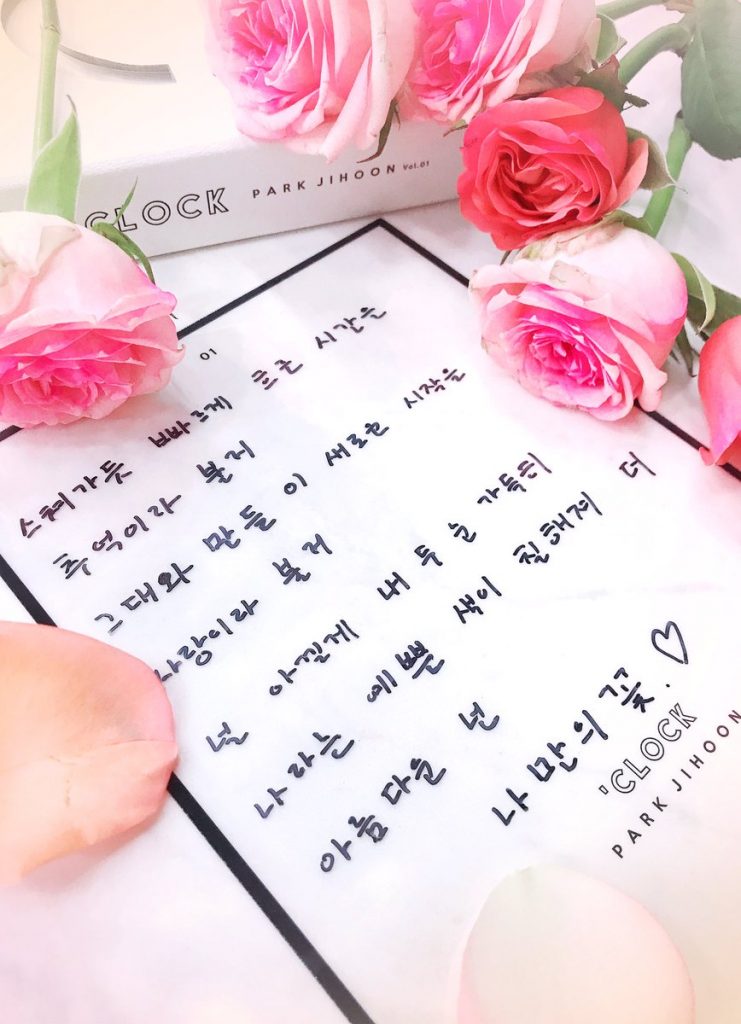 Park Ji Hoon will release his album O’ CLOCK and the music video for “L.O.V.E” on March 26.

Did Park Ji Hoon make you swoon with his debut mini-album’s teasers? Let us know by leaving a comment below, giving us a holler on Facebook, or tweeting us at @hellokpop!