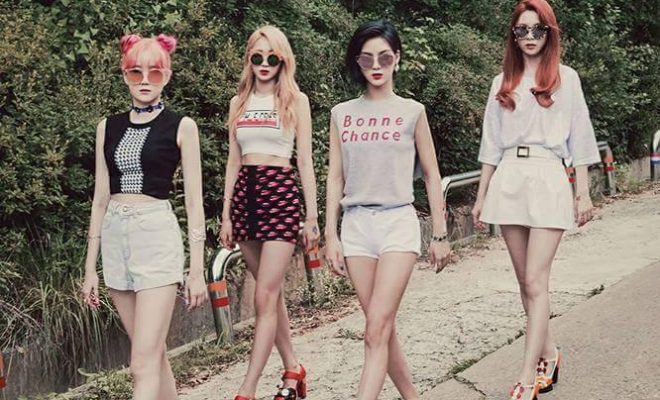 9Muses will provide fierce competition during the idol comeback rush!

9Muses will have a comeback in February according to its agency Star Empire. It will be the group’s first comeback since the departure of members Minah and Euaerin.

The group’s previous release was its sub-unit 9Muses A, which contained 4 out of the 5 overall members. 9Muses’ last release as a full group was 15 months ago.

The agency is currently undecided as to whether this comeback will include every member, or just the sub-unit.

Hellokpop, as an independent Korean entertainment news website (without influence from any agency or corporation), we need your support! If you have enjoyed our work, consider to support us with a one-time or recurring donation from as low as US$5 to keep our site going! Donate securely below via Stripe, Paypal, Apple Pay or Google Wallet.
FacebookTwitter
SubscribeGoogleWhatsappPinterestDiggRedditStumbleuponVkWeiboPocketTumblrMailMeneameOdnoklassniki
Related Items9Muses9Muses AStar Empire
← Previous Story WINNER And iKON To Release New Songs In March
Next Story → Anticipation Builds Up For Zion.T’s Comeback Next Month