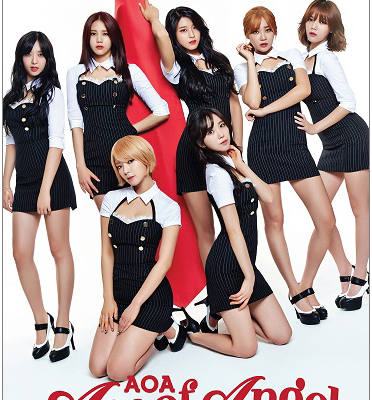 AOA, who is dropping its first Japanese album Ace of Angels on October 14, has just unveiled jacket images for the album.

The revealed jacket photos are for limited edition A, B and normal edition. This coming album will be released in 10 different forms, including the previous mentioned three versions, and seven individual versions for each member. 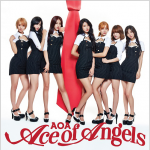 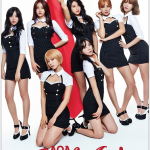 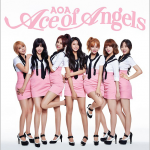 The girls transform into seducing teachers in the three jacket images. The first two images catch attention with a human-sized necktie in the middle surrounded by the girls. The necktie will also appear in this album’s title track Oh Boy‘s music video.

In the third image for limited edition A, the septet are dressed in pink mini skirts and black neckties, flashing cute and pure smiles at the camera.

What is the meaning behind all these neckties?