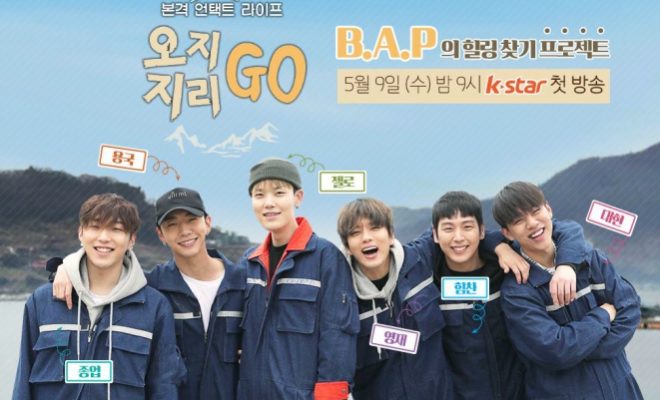 BABYz in Asia, you are one lucky bunch as B.A.P’s newest program is within reach!

The upcoming reality program of South Korean boy group B.A.P will not only air in South Korea but in ten other Asian countries as well.

Untact, headlined by Yongguk, Himchan, Jongup, Daehyun, Youngjae, and Zelo, will be broadcasted beginning May 9 at 9 p.m. KST on IHQ’s kstar.

Additionally, it will air beginning May 12 via E! Channel in Japan and Southeast Asian countries like Malaysia, Singapore, Hong Kong, and Jakarta. 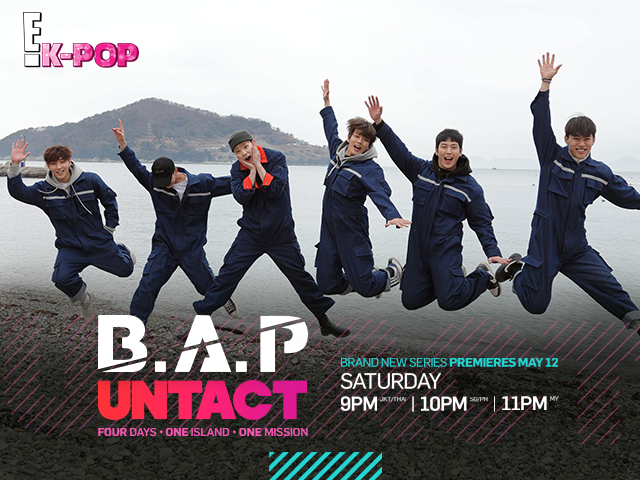 According to Christine Fellowes, the managing director of the company in Asia Pacific, the addition of the reality program to its slate of Asian productions is an “exciting next step” in its programming strategy.

Fellowes is also confident that Untact will thrill the channel’s viewers and bring success to the company as showcased by previously acquired K-Pop shows from IHQ, including Triple H Fun Agency and The Friends in the Adriatic Sea featuring girl group GFRIEND.

Untact will show B.A.P’s four-day stay in the remote island Nodo. The members will have no mobile phone access, and have only limited connection to the outside world.

They are then forced to return to the basics, and overcome the challenges posed onto them.

The boy group, who will mark their first reality show in two years following One Fine Day, is ready to show the members’ teamwork in completing the different missions in order to secure their next meal.