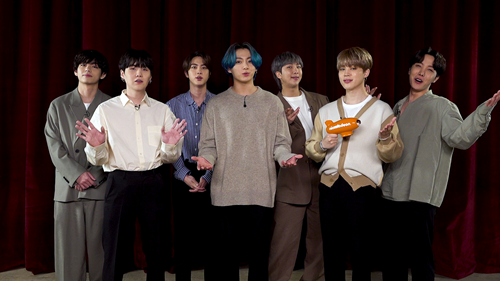 Grateful for receiving the award, the septet expressed their gratitude via a video message. RM said, “Thank you to the Kids’ Choice Awards and ARMYs for giving such a tremendous prize.” J-Hope then added, “Thank you very much for your great love for our song ‘Dynamite’.”

Meanwhile, in recent news, BTS graced the Music on a Mission online charity concert with a stunning performance of “Dynamite”. Moreover, fans should watch out as the group will perform at this year’s Grammy Awards. The broadcast will air live on March 14 at 8 PM ET.