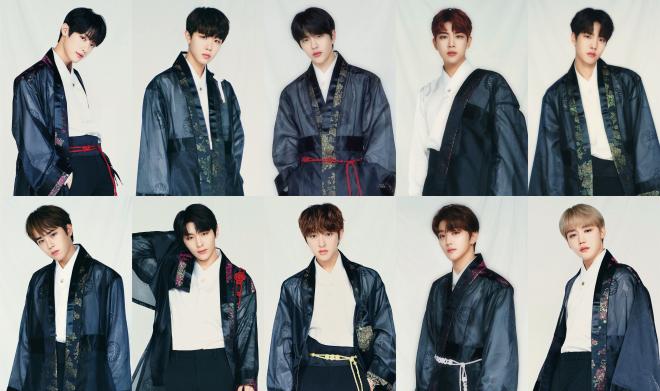 Golden Child Are Ready To “Pump It Up” With Promotion Scheduler

Keep a close look out, because the countdown is officially starting for Golden Child’s comeback!

One of the most exciting things after the announcement of a group’s comeback is its promotional plan. Golden Child just dropped the schedule for their return and its looking quite promising. 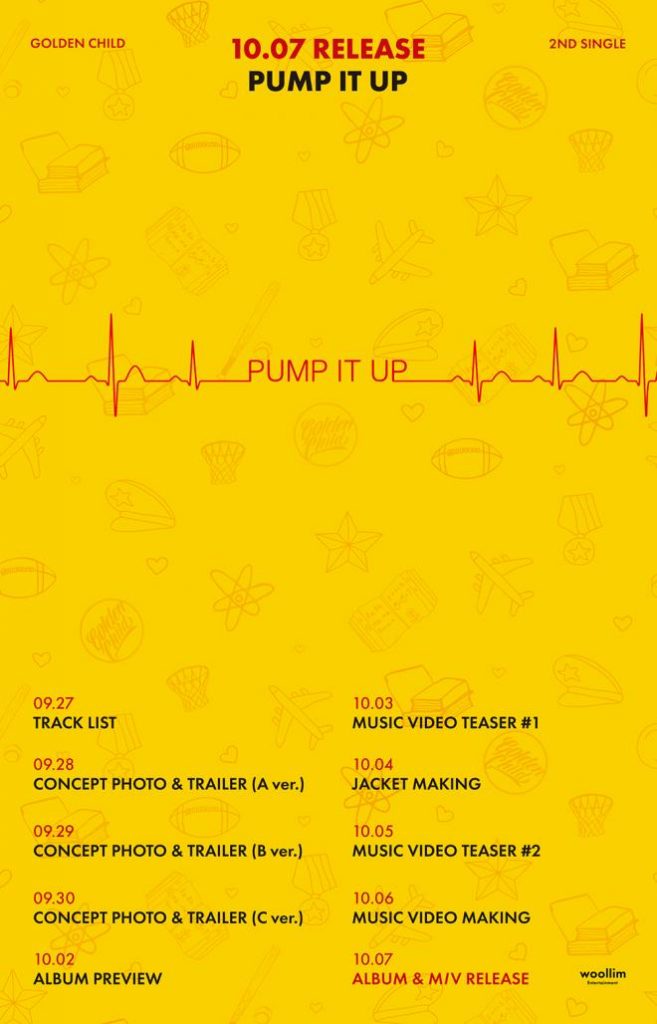 The boy group will be making a return with its second single album titled Pump It Up. Woollim Entertainment revealed the main details already, allowing fans to prepare themselves for the content that is waiting for them.

The released schedule poster grabbed the attention with its bright yellow background. In particular, the name of the album reminds of a heart beat monitor, raising the curiosity about the concept in store.

Subsequently, the countdown will begin with the track list’s unveil on September 27 and will move onto the concept photos and trailers. The artists have three versions in mind, which leaves fans even more excited to see them.

Then, from October 2, the idols will share their album preview and a couple other surprises. Those include music video teasers and making, as well as a jacket making.

After the release of their last mini-album Take A Leap, the boys showed to be gaining even more popularity. They started their careers with a cute concept which worked quite well for them. They also proved that they can pull off other genres and appearances, making the public keep an eye on their future activities.

Now, Golden Child is planning to release its second single album Pump It Up on October 7 at 6 PM KST. On the same day, the group will also drop its music video.

FacebookTwitter
SubscribeGoogleWhatsappPinterestDiggRedditStumbleuponVkWeiboPocketTumblrMailMeneameOdnoklassniki
Related ItemsGolden ChildPump It Up골든차일드
← Previous Story ATEEZ Celebrates Their Second Anniversary With An Online Concert
Next Story → BTS’ RM On COVID-19: “Stars Shine The Brightest When The Night Is The Darkest”