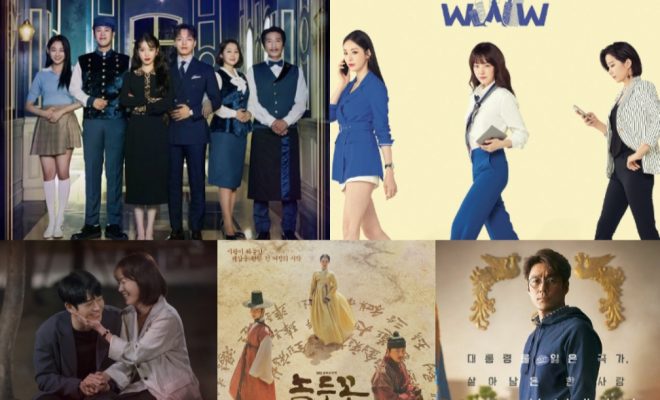 Arguably one of the best drama launches for this season, it is not surprising that Hotel Del Luna has impressed K-Drama fans.

Headlined by Lee Ji Eun (IU) and Yeo Jin Goo, the Hong sisters penned drama kicked off to a good start. It registered 7.3% nationwide and 7.7% Seoul viewership rating based on the tally from Nielsen Korea.

Incidentally, the numbers justified the popularity of tvN’s latest fantasy-romance. According to the survey from Good Data Corporation, Hotel Del Luna and its main leads topped the drama and actor categories.

On its finale week, MBC’s One Spring Night fell behind to the third spot as Jung Hae In and Han Ji Min also took the 3rd and 4th places for popular actors.

Period drama Nokdu Flower surged to the fourth spot with viewers fully impressed on its narrative. Dropping at the fifth spot is tvN’s Designated Survivor: 60 Days.

From 6th to 8th places are dramas Angel’s Last Mission: Love, Watcher and Partners for Justice 2. Interestingly, Kang Ji Hwan entered the list at 7th spot. And his drama Joseon Survivor landing on the 8th rank for drama category. That is even when he is plagued with current issues on his sexual assault case.

Rounding up the drama category is jTBC’s Chief of Staff at the 10th place. Additionally, Shin Hye Sun consistently kept her place in the roster at the 8th place. 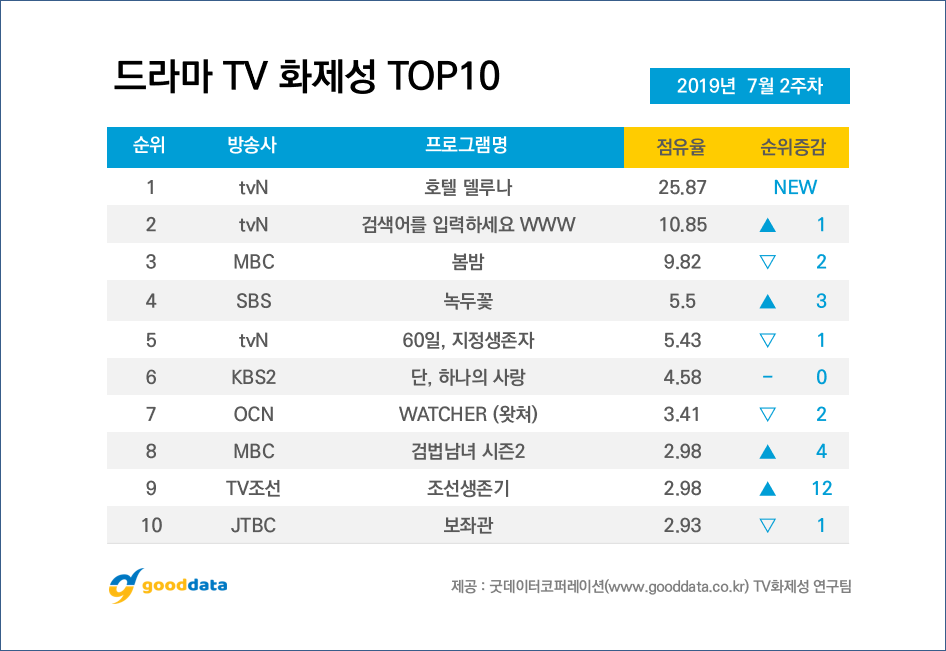 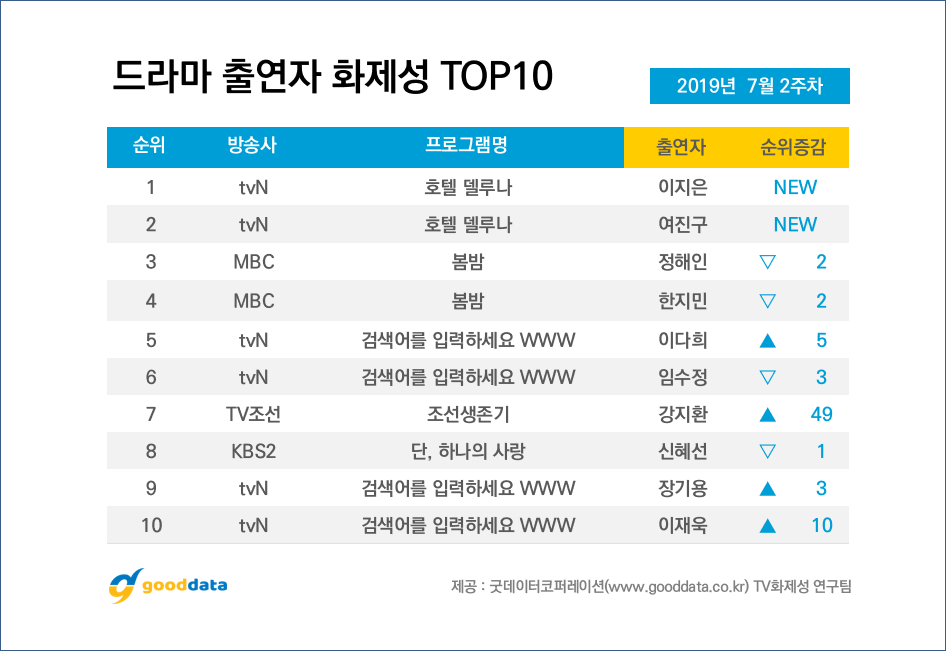