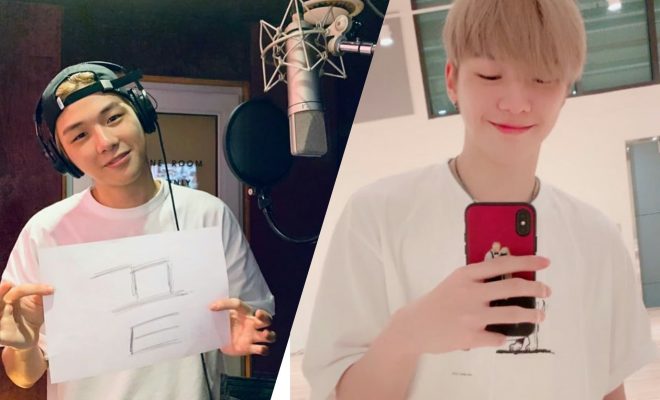 Kang Daniel shows that he is definitely more than glad to be back!

Kang Daniel updates fans as he spurs preparations for his upcoming solo debut with photos on his official Instagram account dominated by his joyful smile! 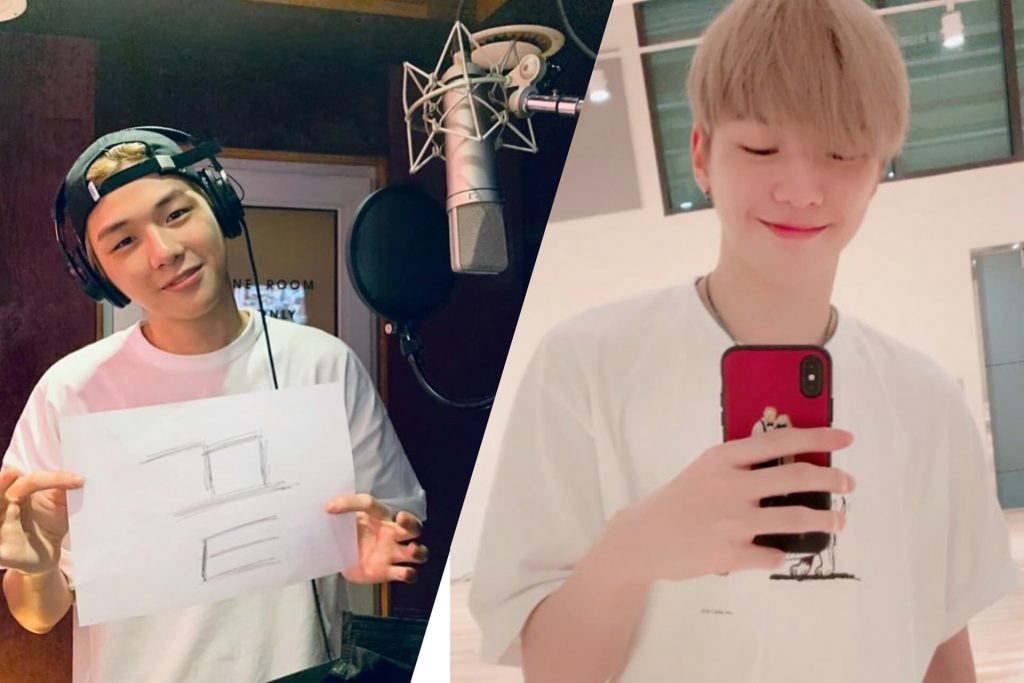 The former Wanna One member highlighted his joy while working on his much-anticipated solo debut in the recent photos he shared to fans on June 23 through his Instagram account. Besides his beautiful smile that fans dearly missed, the photos also brought delight as they showed him being in the middle of preparations for his return to the music scene after Wanna One.

In the first photo, he held up a sign saying “end” while in a recording studio. This was given meaning by fans as the idol expressing that he has finished recording songs for his solo debut. Since it was posted on June 23, the photo has garnered over 749,000 likes and 93,500 comments.

Afterwards, he flashed a bright smile in a mirror selfie posted with the caption translated as “begin again”. This refers to his fresh start after the former Produce 101 Season 2 project group Wanna One – which he starred in as the center – disbanded earlier in the year. The photo had amassed over 744,000 likes and 87,700 comments as of writing since it was posted on June 23 as well.

The multi-talented idol had recently founded his own agency KONNECT Entertainment for handling his future activities as a solo artist. Upon posting job openings in the afternoon of June 11, it was reported that the company became the number one searched topic on job sites, showing the vast interest of over hundreds of applicants.

We need your support! If you have enjoyed our work, consider to support us with a one-time or recurring donation from as low as US$5 to keep our site going! Donate securely below via Stripe, Paypal, Apple Pay or Google Wallet.
FacebookTwitter
SubscribeGoogleWhatsappPinterestDiggRedditStumbleuponVkWeiboPocketTumblrMailMeneameOdnoklassniki
Related ItemsKang Danielkang daniel solo debutkonnect entertainment
← Previous Story MONSTA X Turns Into Bears For New Cuddly Collaboration With TWOTUCKGOM + Introduces New Web Show
Next Story → ASTRO’s Sanha Joins AOA’s Chanmi To Make Hearts Flutter With Lead Roles In New Web Drama