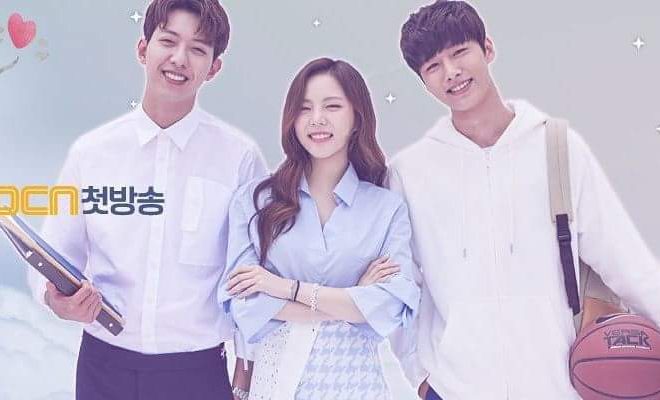 Lee Jung Shin’s My First Love takes off to an engaging note, but falters on the waning part of the story.

Somewhere along the way, My First Love literally broke my heart. I don’t know if it was because of time, pacing, or unforeseen misunderstandings. But it’s funny about the typical reasons why first love does not work in real life, are also the same disappointments I got from this initially sweet and nostalgic fictional world. 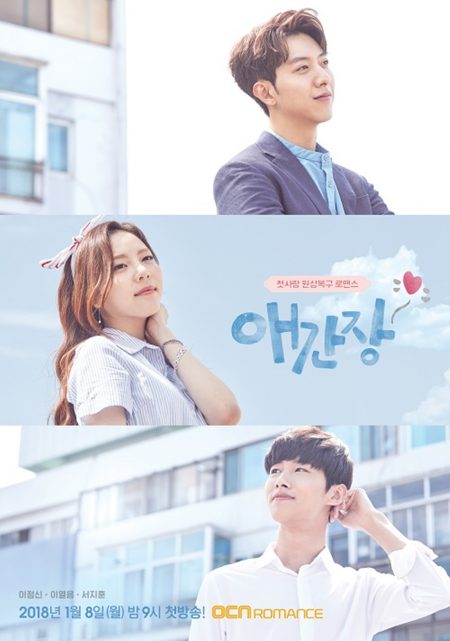 My First Love sprints with the right amount of sweet and unadulterated romantic tale about a man, who can’t forget his first love. When he is magically transported to the time he met his dream girl, he is given an opportunity to make things right along with saving the girl from her eventual death in the future.

“The thing about fate is that it may twist and turn or fall apart a little on its way, but it always reaches the same end point. But that small twist, or the one second or a minute that fell apart a bit may create a miracle.”

“Love starts with a confession.”

“The thing about happiness is that you have to hold it with your two hands. So don’t let it slip through your fingers. You have to hold onto it tightly and live happily.” 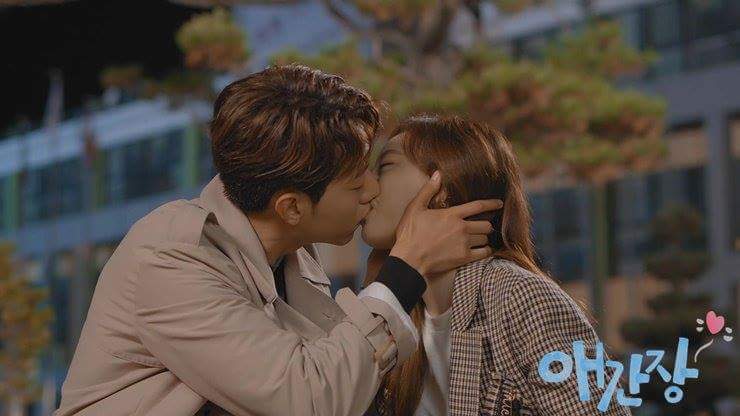 In all those what’s-happening-here moments, I cheered up myself by thinking that probably the people behind My First Love are either [a] frustrated time travelers or [b] have not moved on from all their favorite fantasy stories with time element plots. chuckles

On a bright side, the amusing part is it yielded delightful frames of young and adult Kang Shin Woo racing against time to take a chance again of claiming his first love. Lee Jung Shin pictured impeccable chemistry, with his youth counterpart Lee Yul Eum in a way that you anticipate their bromance more than the main love line imagined in the story.

The challenge on making the plot meaty and complex is saved by the evident lyrical memorable quotes. The screenplay is on point on those emotional moments when beautiful confrontations and important frames happened. 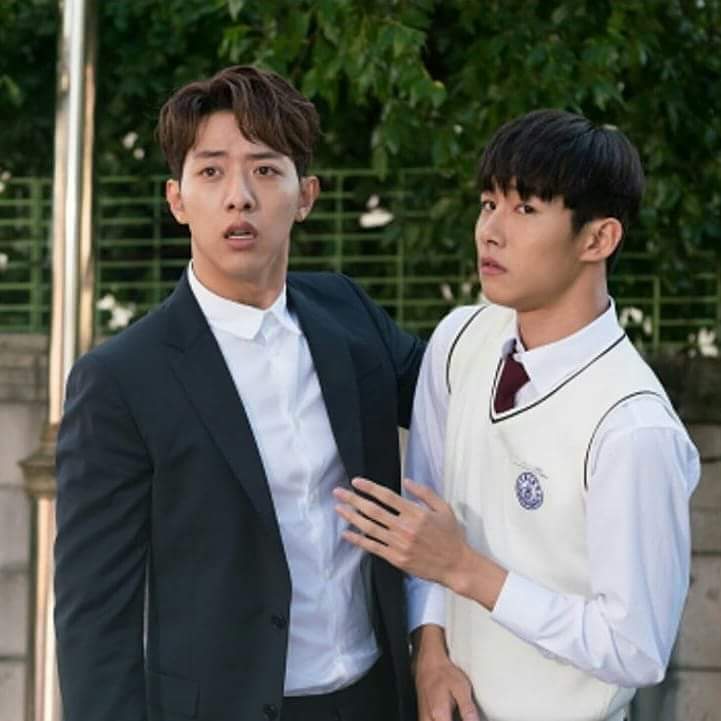 Time slip drama usually explains the rules of the time bending element, but the writing of My First Love abused it. Tweaking the time wrinkling supernatural powers for the hero is deemed acceptable, since the basis for the time-bending catalyst is the power of love. But injecting parallel worlds shared by the heroes in the timelines, where they are living so they can communicate the resolution in the last chapters, did not fit in the emotions of the climax. To be honest the concluding part of the narrative reached a point of plainly explaining the conflict resolution, literally. It was as if the story ran out of scenarios to work on so they huddled the viewers urgently to announce the ending scenes.

Was the drama over ambitious? No, it was not. It did have a great showing until the fantasy elements of the plot became unsure of where it was going. The finale episode was bombarded with twists and reveals, powered by the fantasy premise. Although the boys provide a sturdy 10-episode interference to forget the drama’s lapses, the disappointment sinks in easily, because like me, the audience hope that it will just be sweet, steady, and sassy. 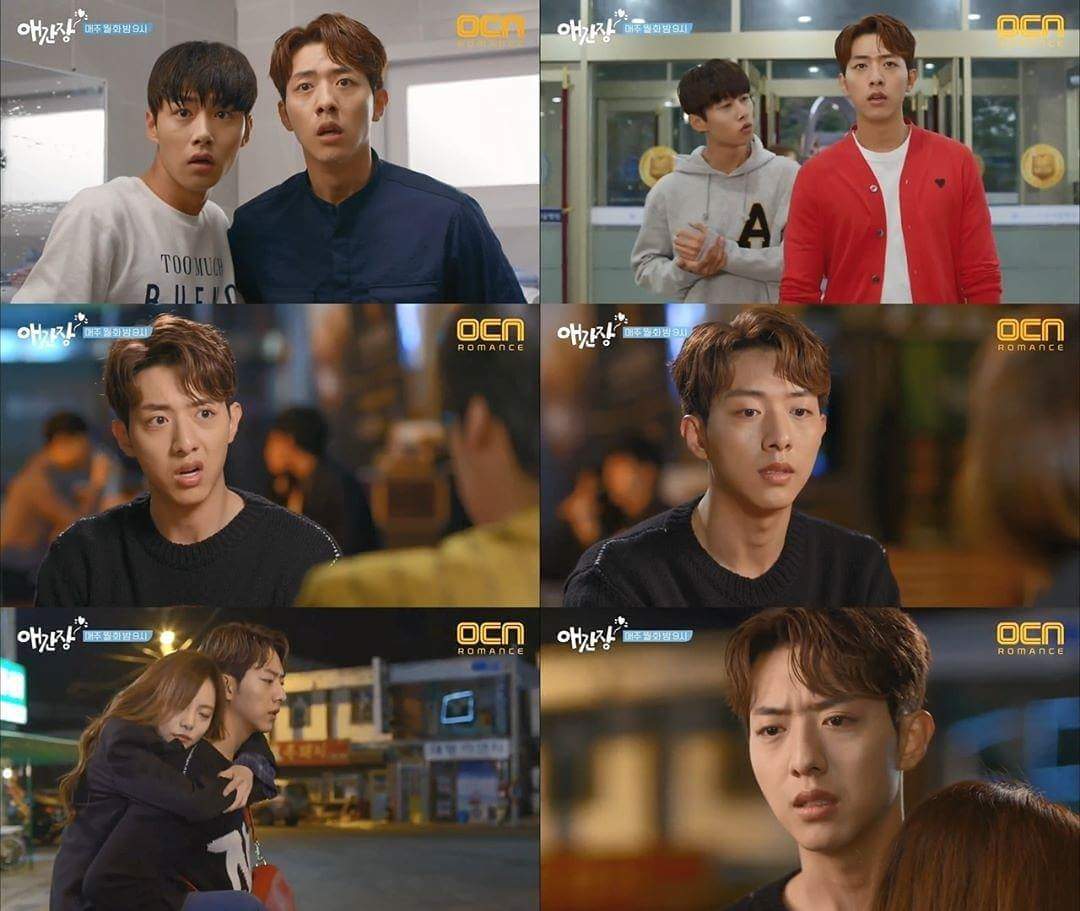 Teacher Kang Shin Woo (Lee Jung Shin) has only loved one woman in the past 10 years. When he meets her again, she pushes her away. When Teacher Shin Woo stumbles on a note that changed their fates 10 years ago, he is magically transported back in time and meet his young self.

Teacher Shin Woo realizes his first love’s impending death. To save her from dying, he decides to coach young Shin Woo to change the course of events that will also change their love future.

Shin Woo’s omma calmed me down when I was losing my sanity over the incessant time elements thrown at the narrative in the finale week. At the very least, the audience would not be in a trampoline of figuring out the unexpected bends of the story, because they saved everything for the last stride, making me exhausted to even cheer for the achieved happy ending.

My First Love was only marred by the rushed drive to the finishing line. The story has a lot of potential if only time was given enough to explore the loose ends. It managed to present a well-rounded first love story, with ample friendship and family love lessons on the side.