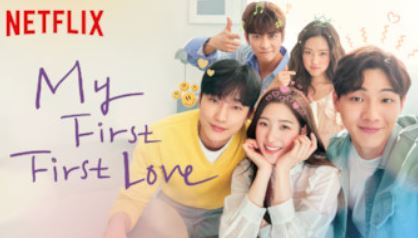 Running nostalgic beats of what it feels like to be young, Netflix new coming-of-age offering My First First Love is a suave and cheerful watch!

Netflix recently released the youth-oriented Korean drama series My First First Love. The eighth-episode series introduces Tae Oh and his circle of wacky and diverse friends. Brought together by different circumstances, My First First Love is vibrant as it presents its own charm. 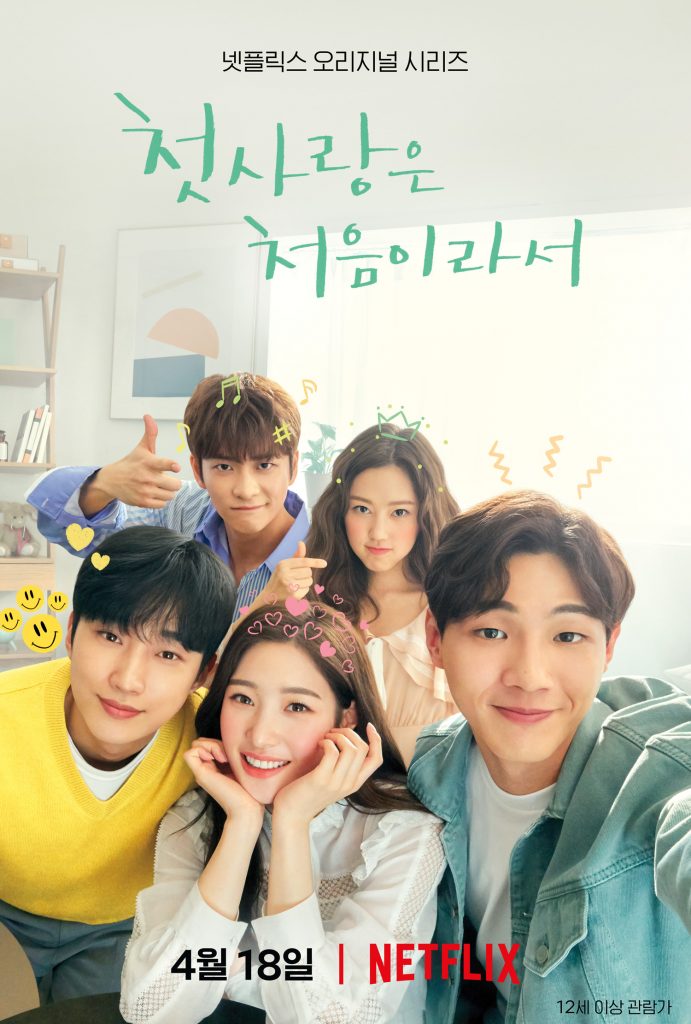 The five friends go through their own personal circumstances and by fate, they all converge at Tae Oh’s house. Gifted to him by his father, Tae Oh is a rich but charming young man. He’s devoted to his friends and is constantly keeping his best friend Song Yi safe and out of trouble.

I loved the light feel of the entire drama. There was no dull moments in the entire drama. The characters were interesting and had their own personalities. Despite their uniqueness, they bonded well together in Tae Oh’s house. I liked that they supported one another and had genuine concern.

I liked the production design, the house they all lived in and even their clothes. The house they lived in was gorgeous! Kudos to the set designers who meticulously used recyclable materials as flower pots, an old car as their couch, and I even spotted an old shoe as a flower pot too. Very unique and spunky.

In addition, I am truly grateful to Netflix and AStory for giving these actors a chance. Fans have been eager to see Ji Soo in his first romantic comedy as the male lead, and he did not disappoint. The rest of the cast are no strangers to both K-pop fans and K-drama fans, but most of them were handed bigger roles this time. 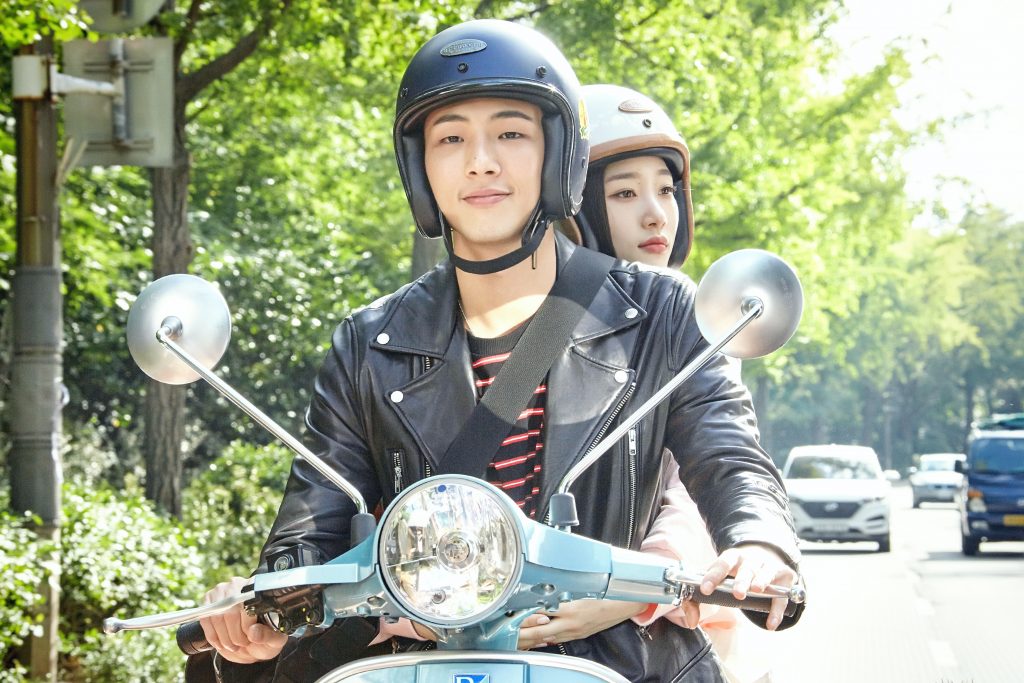 Childhood friends Tae Oh and Song Yi have been each other’s rock since they were three years old. Although at one point, each of them had hints of feelings for each other, they valued their friendship more. Growing up, Tae Oh cared so much for Song Yi, sometimes bordering on being overprotective and obsessive. Furthermore, the friendship between them was clearly defined and cherished, that escalating to a romantic relationship seemed impossible. So when they both meet their respective partners, confusion arose.

I am so glad that Ji Soo got his first lead role. He’s perfect as Tae Oh because he’s so charming with his big bright smile. He’s Song Yi’s defender and absolute best friend, sometimes even an overprotective older brother. Although he can bring on the charm, he’s very attractive when he acts all overprotective to Song Yi. Ji Soo is the quintessential college boy, carefree and fun-loving, eager to start his first romance. 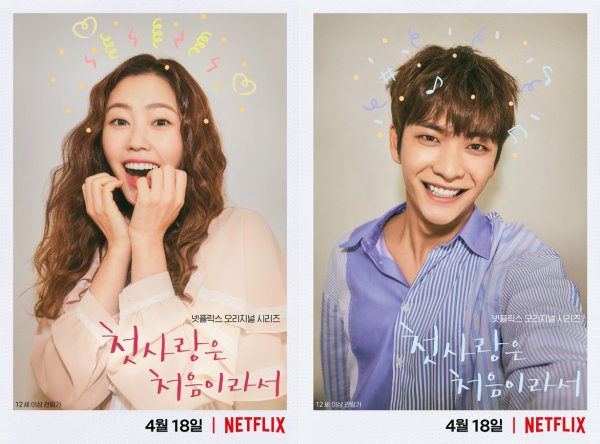 Another couple I particularly liked is Ga Rin and Hoon. Hoon is a hoot, he’s very expressive and wacky. He dances really well of course, since Kang Tae Oh is a 5urprise member. But what I really love is his sincerity. Even though his character is supposedly shallow as he pursues his dancing career, he shows depth in how he cares for his friends. Even when he gives them advice, he manages to show his wisdom through a casual and offbeat way.

Aside from Kang Tae Oh, I loved Jin Young and Jung Chae Yeon as their respective characters. To be honest, I’m a fan of any K-pop artist crossing over to K-drama. I enjoy that they’re not only talented musically, but the fact that they can also act well is a major plus. Jin Young’s character Do Hyeon is a serious albeit a bit dry person. Focused only on taking his civil servant exam, his world becomes chaotic when he meets Song Yi. I look forward  to seeing Jin Young in more dramas in the future, hopefully as the lead one day?

The girls Jung Chae Yeon, Choi Ri and Hong Ji Yoon served up the gorgeous and aegyo moments of the drama. I’ve only seen Choi Ri once in Goblin, and her role was so short she was hardly noticeable. But in this drama, she’s one of my favorites. Instead of acting like a spoiled rich princess, she sincerely wanted to experience the simple life. Her acting wasn’t annoying  unlike other chaebol roles. Fans might not help but dote on her as she experiences everything innocently wide-eyed.

My First First Love is Ji Soo’s first lead role in a romantic comedy. Although he is no stranger to K-drama fans, he always have the painful second lead roles, leaving fans wanting for more. Finally, we get what we want in this drama, or do we?

The series comprises of only eight one-hour episodes. If you’re an avid K-drama fan like me, you’ll gobble up the drama in one sitting.

SPOILER ALERT The ending of the drama screams for a second season. I can’t sit by idly and not have a second season. So AStory and Netflix, please don’t make us hardcore fans wait too long please? 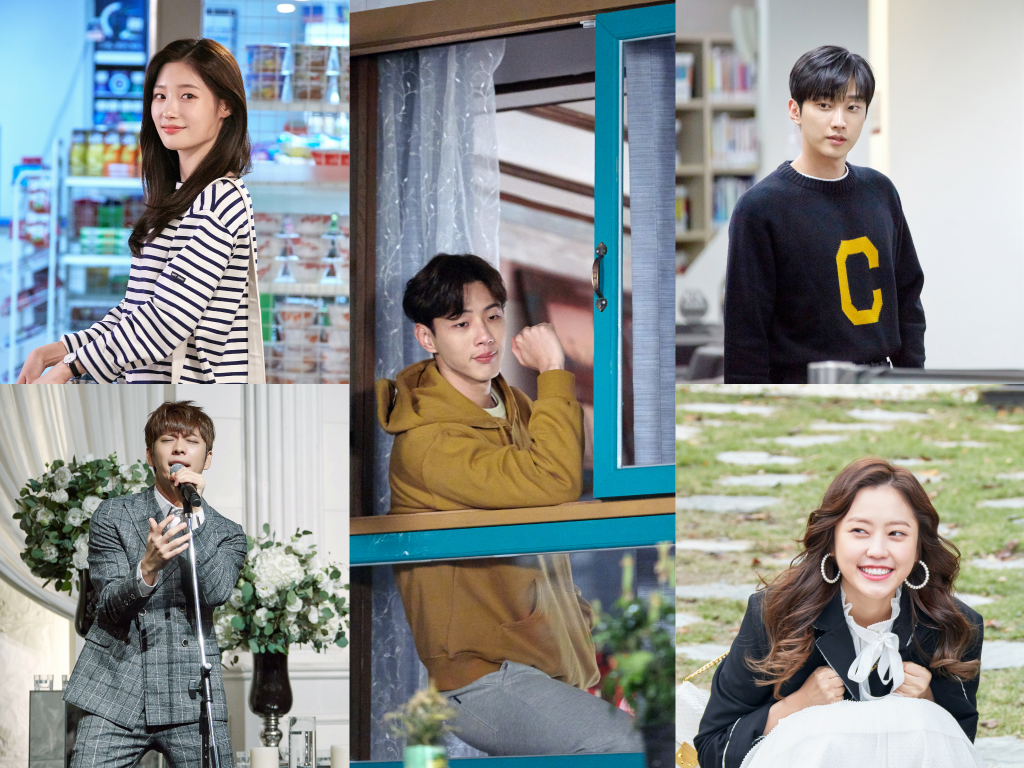 This is a must watch for all K-drama fans. Especially if you’re hesitant about picking up a Korean drama, this is a great start. Light and breezy, it’s a fast and entertaining watch that won’t keep you down. It shows the best parts of our youth, but it’s also realistic because of all the hardships they go through. Watch them as they try to navigate through figuring out their relationships coupled with getting to know themselves as adults.

My First First Love is available through Netflix.

*all images from Netflix.