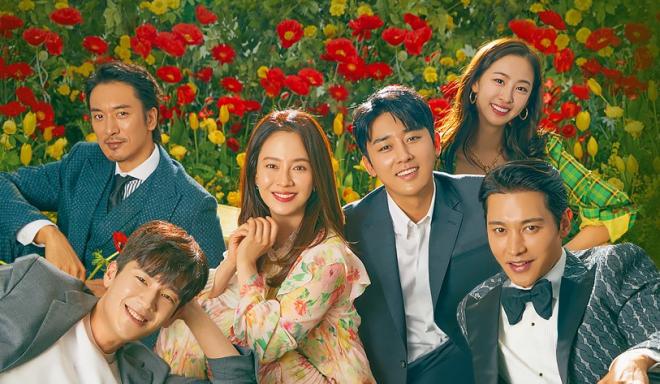 K-Drama Review: “Was It Love?” Teaches That Fulfilling One’s Dream and Love Knows No Boundaries

The story of a single mom who suddenly became the interest of four suitors inspires women that claiming love and dreams does not have anything to do with age and past choices.

It was a rough journey for the heroine of Was It Love?! But, realizing her dreams and attaining happiness became all possible through her determination and support from the people closest to her heart. 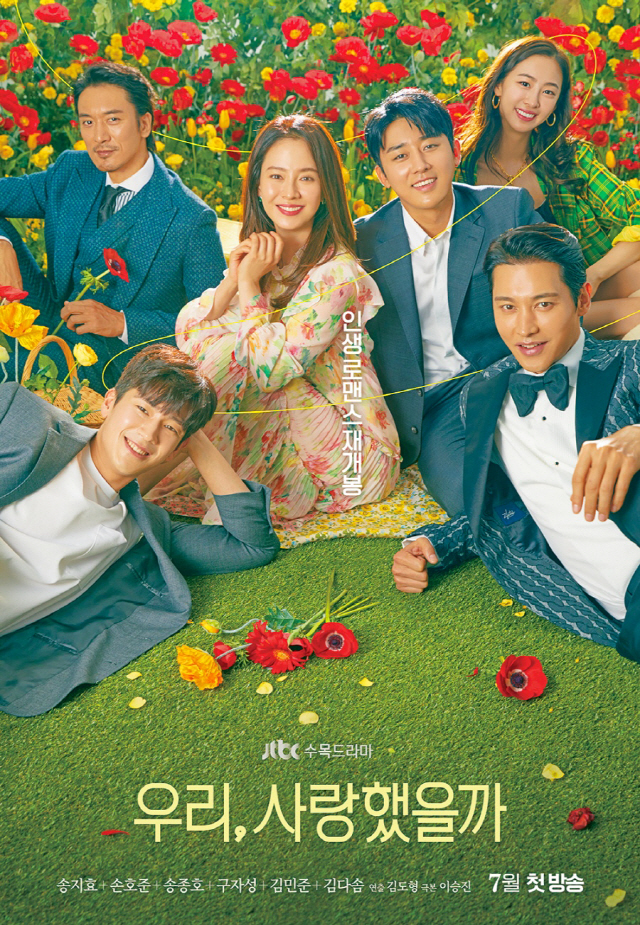 RELATED DRAMAS: When The Camellia Blooms | Romance is a Bonus Book |

Noh Ae Jeong (Song Ji Hyo) is a single mom for 14 years and an aspiring movie producer. To make both ends meet, she has worked various part-time jobs, since she had to drop out of university in her last year after getting pregnant.

She raises her daughter No Ha Nee (Um Chae Young) together with her mother (Kim Mi Kyung). While enduring the small wage from her part-time jobs, Ae Jong decides to apply for a full-time job as a bookkeeper at various film producing companies.

Purposely applying at film companies is always part of her bigger plan. She thought that this may be the right way to fulfill her lifelong dream of producing her own movie.

Despite having already given up on romantic relationships, she suddenly finds herself stuck between four different men who enter her life simultaneously.

Watch the trailer below!

Albeit its run-of-the-mill concept, the fun storytelling somehow made me stay in the long run. Presenting variety of characters easily make it a comfortable watch. Ranging from melodramatic, lively and serious characters, Was It Love? balances every emotions in a carefree tone.

Having four leading men is quite interesting right? When I say four characters it means, a bad yet attractive best-selling author, a handsome and well-known actor, a young and passionate teacher, and a sexy yet tough business CEO. Now, let’s dig into their identities, shall we?

First on the list is Noh Ae Jong’s ex-boyfriend, Oh Dae Oh (Son Ho Jun). He is dubbed as the bad yet attractive guy who is now a best-selling author. They were once lovers and both dreamers. Being the persevering type, Dae Oh rekindles his relationship with Ae Jong and clears up the misunderstanding that caused their breakup.

Meanwhile, Oh Yeon Woo (Koo Ja Sung) is the gentle and reliable type. Most importantly, he always respects Ae Jong’s decision even if he is not being chosen. Out of all the characters, he gives the utmost comfort and support to Ae Jong and Ha Nee.

Ryu Jin (Song Jong Ho) is the sacrificial type. Back when they were in college, Ryu Jin gave up confessing his true feelings to Ae Jong since his friend Dae Oh admitted she liked her. Even in the present day, he still surrendered and remained friends with Ae Jong, as he always is, for the sake of their friendship.

Lastly, Koo Pa Do’s (Kim Min Jun) backstory is quite interesting and unique. He pursued Ae Jong as a creditor, and later discovered that she looked like his past secret lover. Koo Pa Do tends to be the protective type. 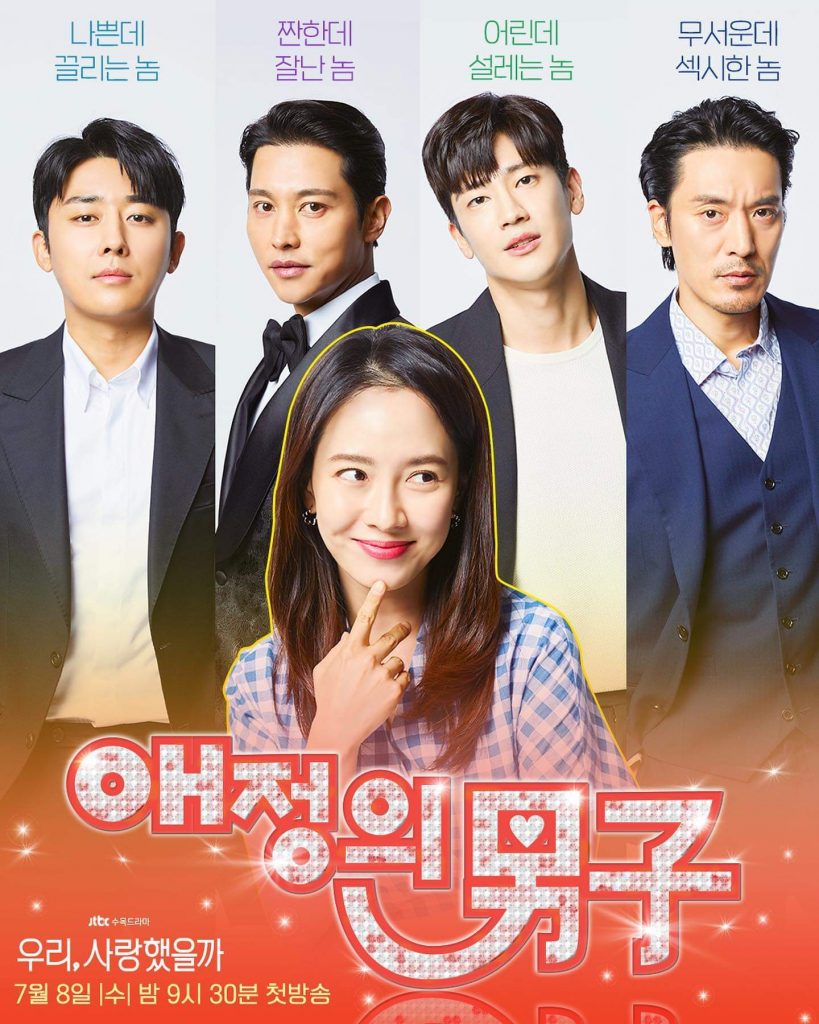 Despite her young age, Noh Ae Jong’s daughter Ha Nee, has showcased maturity and deep understanding towards her mother’s issues. She is a rare young character that even adults from the real world can learn from.

Out of all the characters, Ha Nee had one of the best character journeys because we witness her grow and mature throughout the show. She carefully make decisions and take actions instead of whining like a child.

Her scenes with Song Ji Hyo are touching. They showed how special and resilient their relationship is. Um Chae Young really did a great job portraying her role. I love to see her more in other dramas. 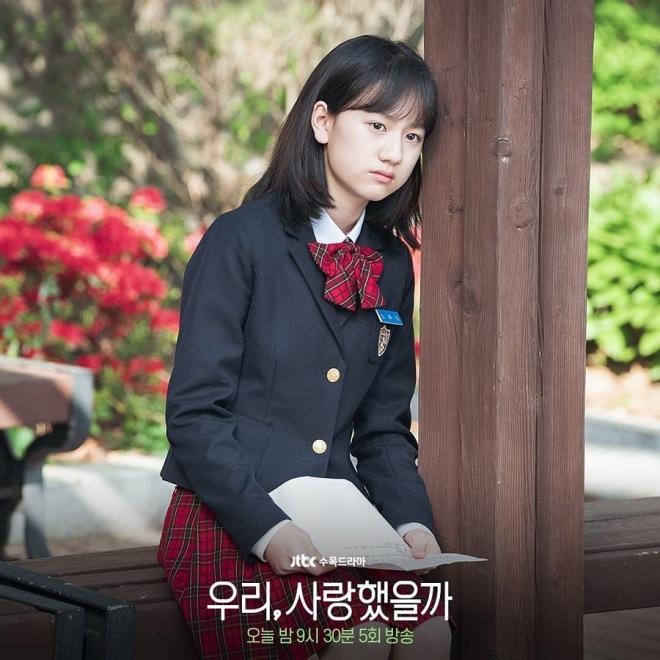 Was It Love? may not be the best K-drama this year, but it is not entirely bad. Though the flow of the story gets off the course midway, the “four suitors” concept becomes a comical breather, which offers a refreshing punch.

While the drama deals with serious grown up matters, the writer took a lighthearted approach of showing the life of a single parent, which we seldom encounter in K-dramas. In the earlier episodes, there are heartbreaking scenes involving people’s prejudice towards her daughter who grew up without a father.

One thing that caught me off the guard is that the main conflict turns out to be illogical. Nonetheless, the star-studded lineup of actors had fairly given justice to their respective roles.

Meanwhile, on a positive note, the four rivals who are vying for Ae Jong’s heart, became the pillar of hope to her and her daughter instead of bringing them chaos.

Overall, this drama is lighter in tone since Ji Hyo’s character remains positive despite the series of setbacks she had encountered, which she eventually overcame. Thankfully, the unexpected finale is well-concluded for the characters who deserve a happy ending.

If you want a comfy drama with a charming story, give this drama a shot. Was it Love? is perfect for a weekend binge if your set theme is light rom-com. Plus, Ji Hyo is so adorable here.

Was It Love is available on Netflix.

Photos and videos: jTBC | The Swoon