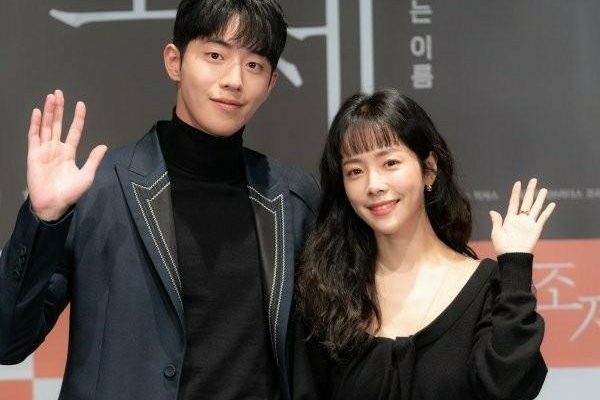 Han Ji Min, Nam Joo Hyuk and the rest of the cast and production team of the film, Josee, share their musings about the movie.

On November 17, a press briefing was held for the film Josee. Among the attendees are the lead actors Han Ji Min and Nam Joo Hyuk, as well as the film’s director, PD Kim Jong Gwan.

Josee is a Korean adaptation of the 2004 Japanese movie Josee, The Tiger And The Fish. The movie follows the poignant love story of Young Seok (Nam Joo Hyuk) and Josee (Han Ji Min). Young Seok is a typical college student, who unexpectedly falls in love with Josee, a woman with physical disabilities. She is normally seen being wheeled around the town in a toddler’s stroller by her grandmother. 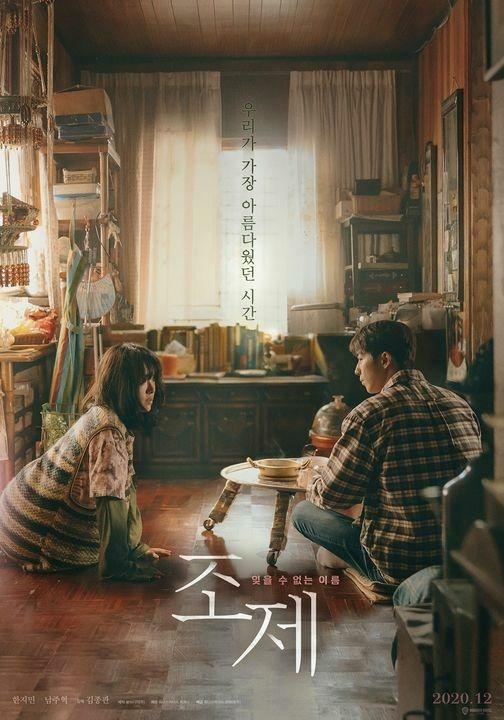 The movie is a bittersweet depiction of an unconventional relationship that defies social prejudice. It aims to depict the kind of love that inspires and encourages one to go beyond the stereotyped expectations set by the society.

Han Ji Min fondly described her character as someone who has an innocent and ideal perspective of the world. “Josee sees the world as a book and lives imaginatively in every book she reads. There is something special with the way she expresses her emotions.” 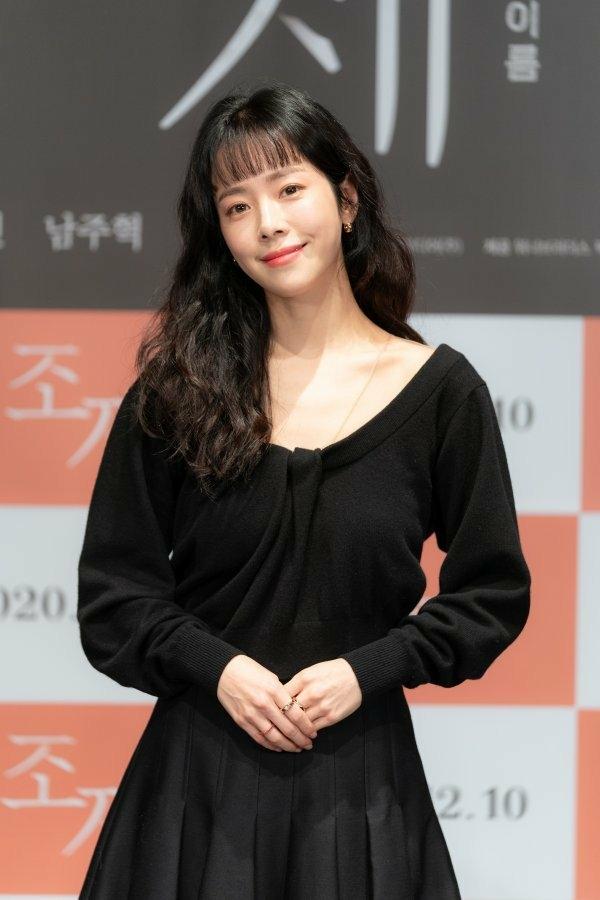 The actress further detailed how she became drawn to her character. “I was curious about the character that needed delicate expression. And that made me wonder about Josee’s world which PD Kim Jong Gwan elaborately pictured. I wanted to step into that world to feel the director’s sentiment and to feel the story for myself.”

Nam Joo Hyuk also shared his feelings about his role. “As Young Seok, I had a great desire to be absorbed by the emotions that I felt when I met Josee. I gave my best to give life to Young Seok’s character which hopefully will add beauty to the story. And the preparations that director Kim Jong Gwan provided came to a great extent that it boosted my acting skills.” 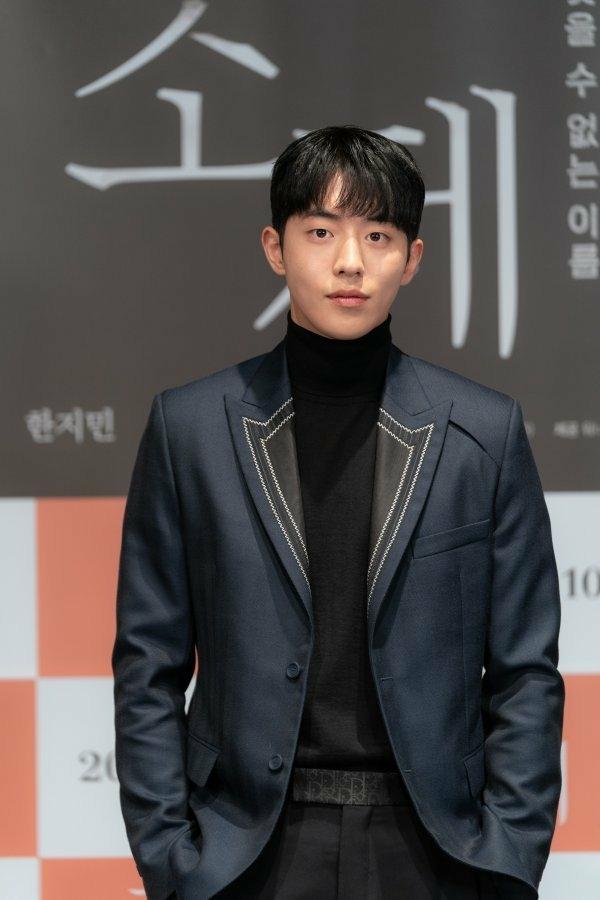 PD Kim Jong Gwan said he wanted to express deep human love while making Josee. “I liked the way the original novel and the movie had a human perspective and deep human love. I liked the original work, but I thought that following everything as it was meant to be meaningless to the audience and us. So we thought about finding another way and making our own formulations.”

“The most important thing I thought was that to make it a movie that touches one’s memories. I hoped that it would be a film that could make people feel better and think deeper.

When asked if it was difficult to do an adaptation movie, Han Ji Min said, “ We never felt pressure playing our characters. We didn’t feel that we need to act similarly or differently from the actors in the original film. We just tried to express our own interpretation of Josee.

The actress also shared the preparations she did to realistically portray her role. “I think there must have been a prejudice that I have because I am a character with an uncomfortable leg. I had to get rid of that prejudice and try to express Josee’s movements naturally. So I put a wheelchair at home and tried to get used to it. I hoped it wasn’t a love story that brings discomfort. I wanted to clearly reflect Josee’s love for Young Seok through my emotions.”

Nam Joo Hyuk said, “It was difficult, but I wanted to portray Young Seok in a fun but inspiring way. I just tried to act comfortably. I also communicated often with the director to get his feedback about my performance. The power of communication helped me to act comfortably. As the director said, I hope the movie will be remembered for a long time as a wonderful memory for many people.” 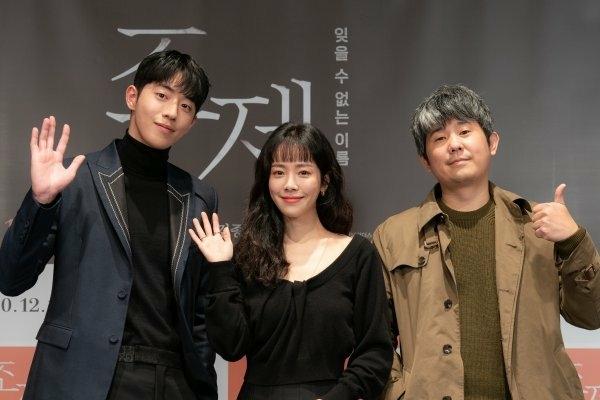 Josee is the second pairing for Han Ji Min and Nam Joo Hyuk. Their first acting endeavor together was the heartwarming drama The Light In Your Eyes. They both enjoyed their artistic growth through this acting transformation.

Han Ji-min said, “At first, it was very difficult to act. But the charm of Josee, who experienced so many difficulties, was inspiring. A man and a woman meet, love, and express the various emotions they share. Isn’t it difficult to express love with fragmentary feelings? There will be excitement and fears in the process. But as always, love is always worth it. Also, Josee also depicts a character who treasures love too much that she is anxious that it might end anytime. This is a movie that contains all of them.”

As the pair watched the video before the press briefing commenced, they both shed tears with the beautiful outcome of their hardwork. Nam Joo Hyuk amusingly shared, “It seems that I suddenly got immersed into the story.” Han Ji Min also burst into tears when she saw him.

Han Ji Min expressed her gratitude to her onscreen partner. “When we were together for the second time, it was nice to be able to shorten my adjustment process with my co-actor. This is because we acted comfortably with each other. Thank you.”

Nam Joo Hyuk also described how it was working with Han Ji Min. “The experience was a joy itself. I learned so much again because which helped in my growth as an artist.”

Josee will premiere in Korean theaters on December 10.