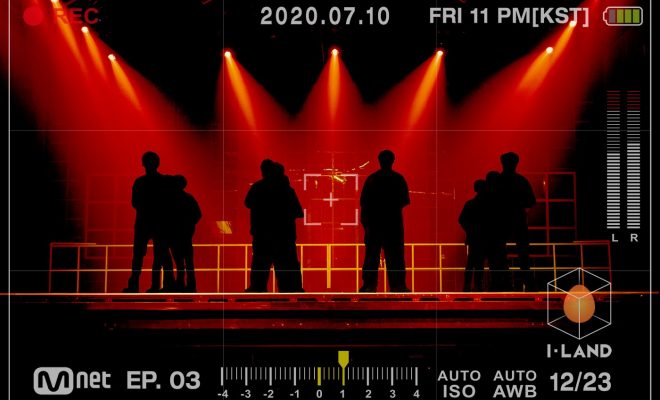 I-LAND Episode 3 brings greater challenges for the trainees as they try to execute a great teamwork while also battling for survival.

To debut as part of a global group, one must thread on a rough and arduous path. In the latest episode of I-LAND, the test for survival becomes much tougher. Now, the contestants must impress the judges with their teamwork along with their skills in order to receive higher scores. 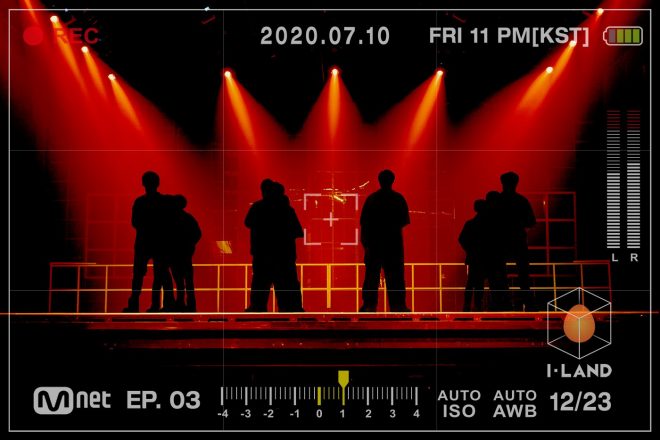 Being a new team, achieving a great teamwork is not easy. Nevertheless, the boys try their absolute best to execute a praiseworthy performance.

Last week’s “Into the I-LAND” performance received a very harsh evaluation from the mentors and the trainees from I-LAND, could only achieve an average score of 59. Hence, 6 of the I-LANDERs must now go to the GROUND and will be replaced by the trainees from there.

Decision on who are leaving will be made by the I-LANDERs themselves. This appears as a huge challenge as the individual scores were revealed only to the trainee concerned and hence, no one knows how the others were scored.

In the meantime, the show reveals that Jungwon received the highest score of 75 whilst Jake who unfortunately dropped his mike scored the lowest at 40. Daniel and Niki also received high marks at 70 and 65 respectively. Finally, the vote out happens and the candidates that have to move to the GROUND were Jake, Daniel, Youngbin, Jay, Nicholas and Niki.

As for the GROUND members, they have been sending their practice videos to the producers everyday and were assessed on the basis of that. After looking at their videos, the member chosen to move to I-LAND were Taeyong, Jaebeom, EJ, Yoonwon, Sunoo and Taki.

Now, the current I-LAND members are:

And the GROUND members are

Bang PD mentions that if the theme of the previous test was the first encounter then this test is all about teamwork. Teamwork is mostly important when it comes to choreography as the entire group has to be in sync.

Hence, the song that the trainees will cover is none other than BTS’ “Fire”, a very difficult song with intense dance moves. A new choreography for the song was introduced which shows hardcore dance breaks and incredibly amazing formations, which if executed well, is brilliant. Otherwise, it is a recipe for disaster. 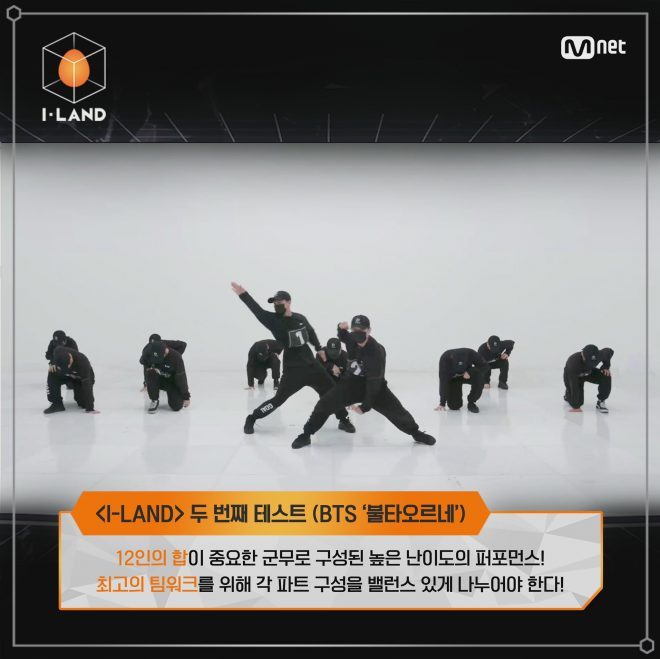 This time around, even the GROUND members will get to perform. The catch is – their fate will be determined by the trainees from I-LAND. If the ones from I-LAND scored an average of 96 or more, then there will no elimination and consequently, the performance of GROUND people will get cancelled.

Additionally, an individual with the highest score will receive an exemption card which means in the future, if that trainee is eliminated then they can use that card.

Preparation for the Teamwork test

With a very short deadline of only six days, the trainees start their preparations in full swing. In the I-LAND, Heeseung is chosen as the center for the song while on GROUND, Jay is the center. Since, both the teams are completely new with some of the members working together for the first time, they face some hiccups.

The lack of teamwork was very much evident for both the groups, when the mentors visited them for an interim check. With not so refined performance, the mentors advised the mentees to put more effort in bringing the whole team together and told them that with the current level of performance, they are not going to make it.

In I-LAND, after receiving the feedback, the trainees had a heart-to-heart discussion among themselves about their feelings and how they should stick together, so that they could do better. Finally, all the misunderstandings were cleared and they put their efforts in improving the team.

Thus, begins the second test that will determine the fate of the 23 boys. The performance of this new I-LAND team showed a remarkable improvement from that of the previous week’s. Mentors also acknowledged that the trainees had shown growth in their teamwork in comparison to during the interim check.

All the mentors praised Heeseung stating that his expressions were the highlight of the performance. Next, they commended K for showing an improvement in his dance skills and said that he is definitely a center material. About Sunghoon, the evaluators were impressed with how naturally he flowed on the stage. And, when it comes to Taki, he always manages to make judges melt over his cuteness despite the awkwardness.

This time the scores were better than the first test nevertheless, they could not avoid elimination and now the GROUND members take the stage in their attempts to secure a place in I-LAND.

What’s Next in I-LAND?

Lots of intense and exciting moments awaits in the next episode as well. Episode 4 will reveal if the GROUND members delivered a better stage than the I-LAND team and who among them has made it to I-LAND.

More screen-time for all the trainees can be expected as from the episode 4 preview it looks like it will be an I-LAND versus GROUND showdown with the boys competing each other in units.

Some great moments from this week’s episodes

Aside from the tense situation, there are some sweet moments among these young boys which the viewers obviously loved.

Meanwhile, I-LAND airs every Friday at 11 PM KST via Mnet and tvN. The show is also streamed lived on Mnet and Big Hit’s YouTube channels. Additionally, fans can also watch some of the unseen clips on Weverse.

Hellokpop, as an independent Korean entertainment news website (without influence from any agency or corporation), we need your support! If you have enjoyed our work, consider to support us with a one-time or recurring donation from as low as US$5 to keep our site going! Donate securely below via Stripe, Paypal, Apple Pay or Google Wallet.
FacebookTwitter
SubscribeGoogleWhatsappPinterestDiggRedditStumbleuponVkWeiboPocketTumblrMailMeneameOdnoklassniki
Related ItemsI-LANDMnet I-LANDMnet I-LAND Episode 3Mnet I-LAND Episode 3 Recap아이랜드엠넷엠넷 아일랜드
← Previous Story #Happy_Sanshine_Day: Admiring ATEEZ’s Choi San And His Many Moments Of Performing Perfection
Next Story → 8 Insightful And Uplifting Messages We Got From Watching “Oh My Baby”