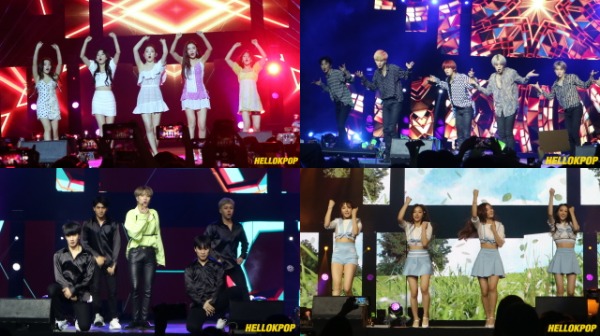 A night full of enchanting music and enthralling performances were brought by the star-studded lineup of K-Pop stars during the recent KWMF 2019!

Thunderous cheers and passionate energy filled the Mall Of Asia Arena for the highly-anticipated K-Pop World Music Festival 2019 on June 9. 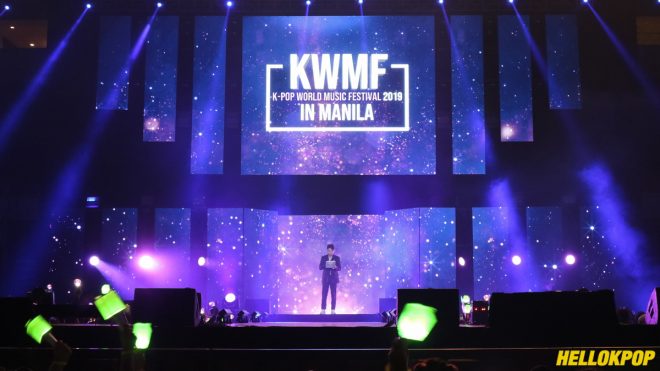 (All Photos By Yann Magcamit)

Presented by DnM Entertainment and All Access Production, and hosted by Ryan Bang, the festival featured some of the biggest idols including Red Velvet, NCT 127, ELRIS, and Kim Donghan.

Debuting in the Philippine stage are South Korean girl group ELRIS and rising soloist Kim Donghan. SM Entertainment idol groups such as NCT 127 and Red Velvet, on the other hand, marked their much-awaited second visit in Manila.

Let’s take a look at how these idols made the KWMF 2019 as the hottest K-Pop concert party of the year!

A blooming starter With Sohee

Gracefully entering the center stage with her stunning model figure and doll-like visuals, Sohee of ELRIS kicked off the show with a captivating dance cover of Trish’s “Mannequin”. Attracting the crowd’s attention with her commanding presence, she then treated fans with a special number of her solo debut track “Spotlight”. 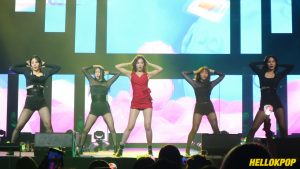 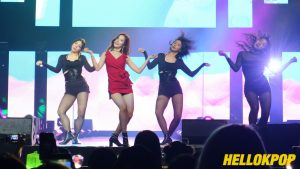 Additionally, the beautiful and talented idol performed her collaborative song with BOL4 titled “Hurry Up” and a daring performance of “Bloom”, a hit song by Brown Eyed Girls’ Ga In.

Meeting Filipino fans for the very first time as a soloist, K-Pop idol Kim Donghan took the Philippine stage through KWMF 2019 as the next performer. The rising star started to mesmerize fans with his solo debut track “Sunset”. Though a bit early, he also gifted the cheerful crowd with a special “Goodnight Kiss”. 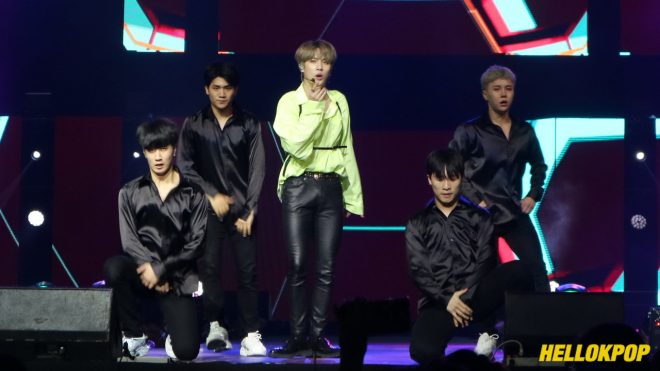 During the short interview with Ryan Bang, Kim said that he is thankful for the opportunity to perform in Manila. Additionally, the talented singer shared that if given a chance, he would like to visit the country again to see its beautiful beaches. 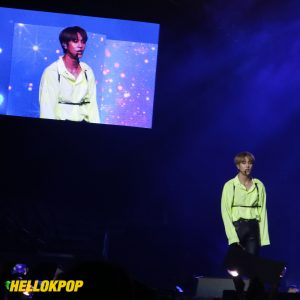 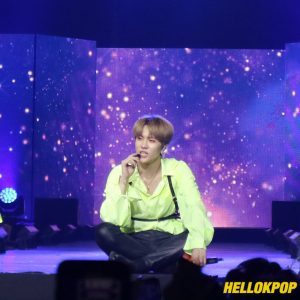 The former JBJ member likewise engrossed everyone’s attention as he performed his most recent track “Focus”. Highlighting his specialty in dancing, he also gave enthralling stages featuring “Idea” and “Ain’t No Time”.

Charming And Dreamlike Stages From ELRIS

Also officially debuting in the Philippine stage also through KWMF 2019, ELRIS showed off their elegant visuals to fans. 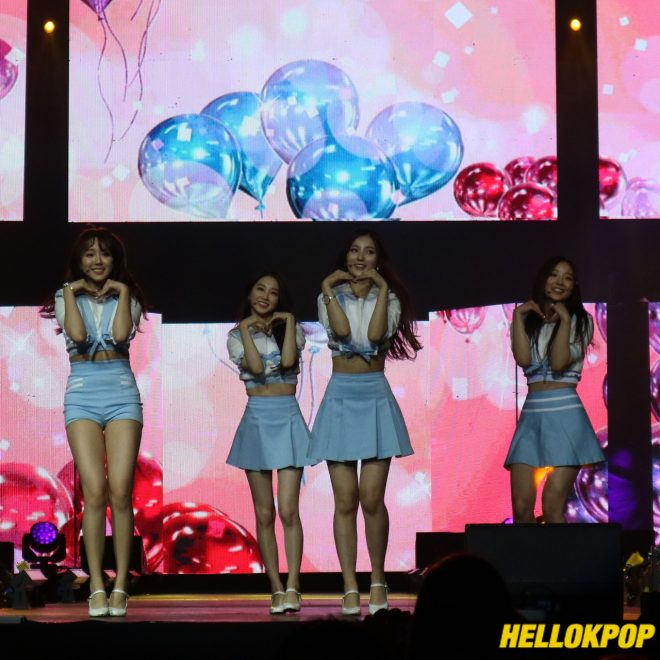 Though performing without their leader Bella who came along but was injured, the other four members including Sohee, Karin, Hyeseong, and Yookyung were still able to amaze the crowd with their variety of charms. They began their set with “Summer Dream”.

The girls, who all appeared on stage to greet the Filipino audience, expressed their gratitude for receiving a warm welcome. Bella likewise promised to quickly recover from her injury and said that she wishes to come back to show off her skills. 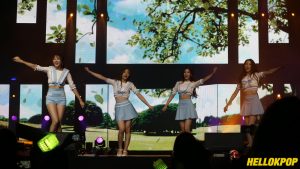 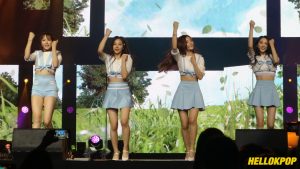 Flaunting their equally stunning vocals and choreography, the group has stolen fans’ hearts as they performed “We, First”, and “Heart Bank”. In addition, the charming idols hyped up the crowd with fascinating stages of “Will Be Mine” and “Pow Pow”.

With obviously louder and more passionate screams, NCT 127 entered the stage of 2019 KWMF while receiving a heated welcome from Filipino NCTzens. 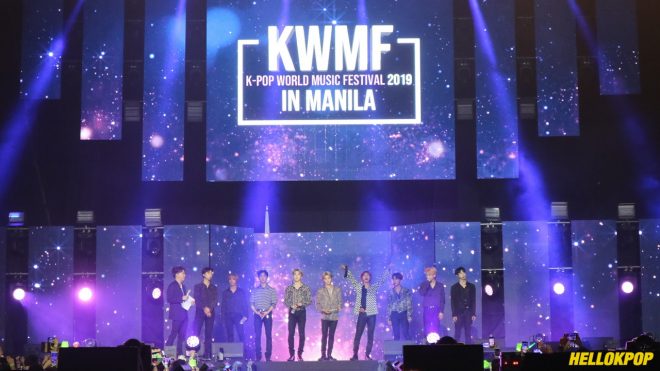 Wowing everyone with their fearless and intense energy, the group marked their highly-awaited return in the Philippines since previously headlining K-Pop Republic 2 in 2017.

Turning up the excitement at the already electrified venue, Yuta, Taeyong, Johnny, Doyoung, Jaehyun, Taeil, Junwoo, Mark,  and Haechan all looked charismatic with their first song “Fire Truck”. Performing a heart-stomping number of “Cherry Bomb”, the boys surely proved to the crowd that they really are “the biggest hit on the stage.” 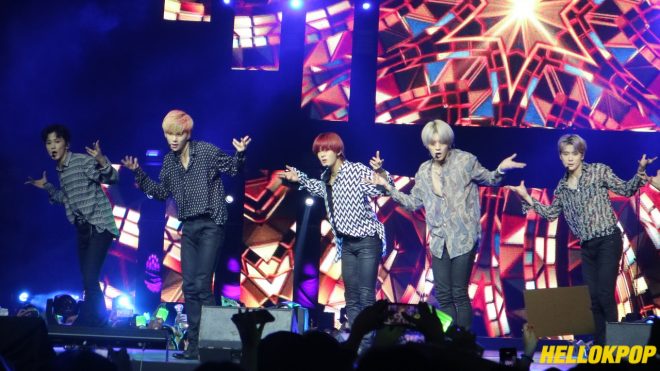 Receiving a lot of love and support from the audience, Taeyong, the group’s leader, thanked the Filipino fans for being “the most energetic crowd in the world.” Together with his members, they also promised to return for a solo concert in the future.

Continuously treating NCTzens with their visual-blinding looks and undoubtedly amazing vocals and choreography, the K-Pop nonet likewise left fans in awe as they performed their 2018 hit songs “Simon Says” and “Regular”. 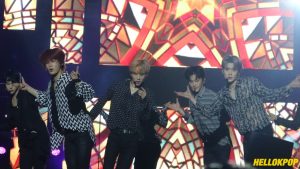 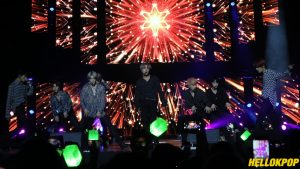 In addition, the idols got everyone up on their feet as they staged a fiery number of “Superhuman”, the title track off their latest mini-album We Are Superhuman.

After four years of waiting, femme fatale group Red Velvet has finally returned to bring “Happiness” in Manila. Since their first visit in the country for Best Of The Best K-Pop In The Philippines in 2015, Filipino Reveluvs were more than happy to welcome Irene, Seulgi, Wendy, Joy, and Yeri back with their enthusiastic cheers. 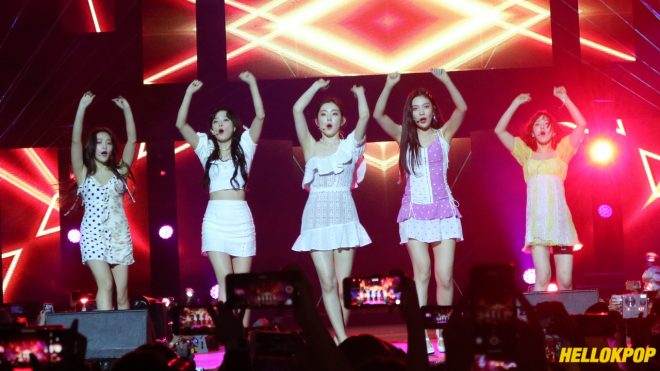 Starting off with their 2017 hit song “Red Flavor”, the group easily hyped up the crowd at the arena. The K-Pop quintet made the response even hotter as they performed one of their Summer Magic tracks. Specifically, they gave a captivating stage of “Power Up”. 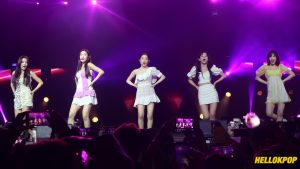 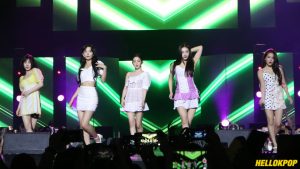 As the passionate crowd screamed “solo con”, the girls looked really overwhelmed and happy to hear the fans’ sudden request. Much to the Reveluv’s delight, their leader, Irene has left a promise to come back soon. 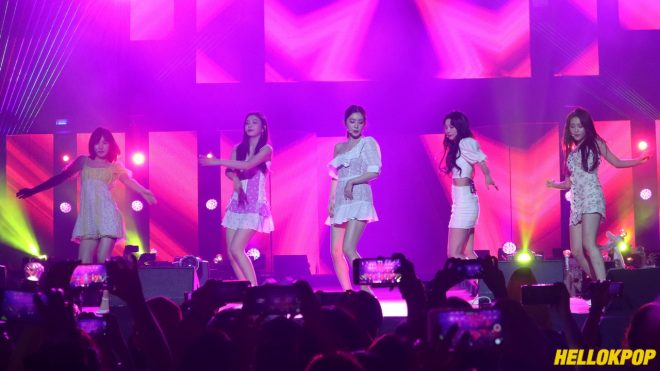 Aside from showcasing their energetic performances, the lovely idols likewise took time to highlight their vocal prowess through a heartwarming number of their R&B song “Moonlight Melody”.

Before wrapping up the concert, they first treated fans with a mesmerizing number of “Bad Boy”. The girl group then capped off the night with a bang as they impressed their loving Filipino Reveluvs with an explosive performance of their latest hit track “Really Bad Boy”.

Sharing their stunning visuals and shining performances for more than two hours, Red Velvet, NCT 127, ELRIS, and Kim Donghan have all successfully gifted fans at the MOA Arena with the hottest K-Pop party of the year.

Celebrating music through singing, dancing, cheering, and even jumping — the Filipino crowd undoubtedly had a remarkable concert experience with KWMF 2019 last night and we definitely can’t wait for its next run.

Hellokpop extends its gratitude to DnM Entertainment and All Access Production for the media invites to the event. The concert was covered by Yann Magcamit and Khriz Virgilio for Hellokpop.