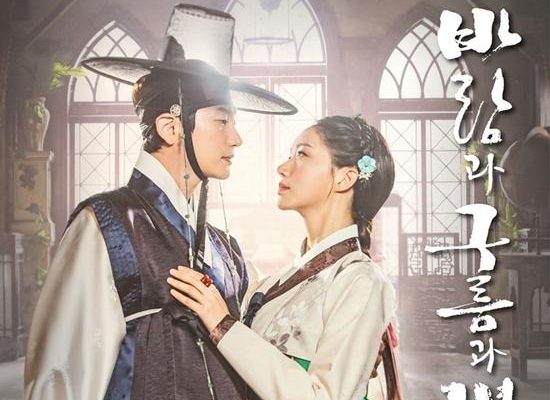 By Lilly | May 22, 2020
288
SHARES
FacebookTwitter
SubscribeGoogleWhatsappPinterestDiggRedditStumbleuponVkWeiboPocketTumblrMailMeneameOdnoklassniki

King Maker: The Change Of Destiny engrosses from the get-go as it gives a small preview of full-scale action set to take place.

A woman who can see a person’s future and a man who seems to have too many secrets; King Maker: The Change of Destiny starts strong with a fast paced momentum.

Rallying on the success of their previous sageuk drama, TV Chosun brings back another one. Bannered by Park Si Hoo and Go Sung Hee; King Maker: The Change of Destiny is a historical drama with fantasy elements. 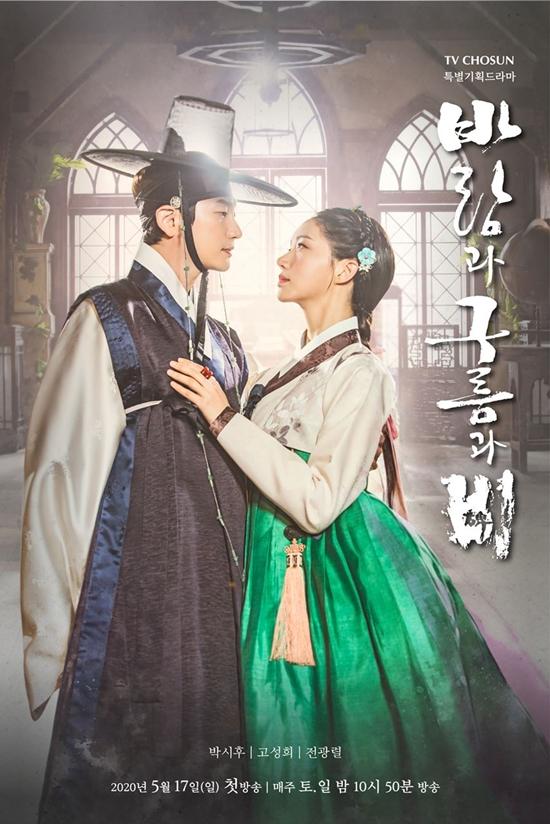 Year 1862, and it marks King Cheoljong’s 13-year reign. A shaman (Go Sung Hee), is foreseeing what beholds in the path of future Empress Myeongseong at the request of Regent Heungseon (Jeon Kwang Leol).

She states that the royal child is not weak. As she tries to look into the Regent’s enemy, she predicts that the man whom he fears will be there soon. After that Heungseon orders his soldiers to catch Choi Chun Joong. He also adds that anyone succeeds to do so will be rewarded. 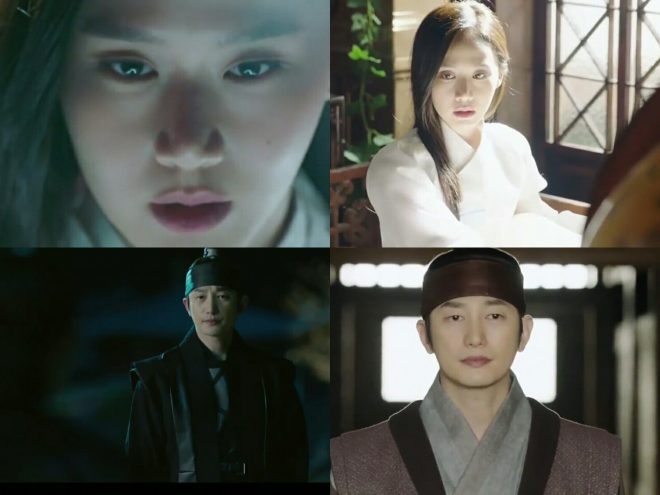 Meanwhile, the carriage of the shaman who is returning on her way is stopped by an unknown man (Park Si Hoo) who requests to be allowed to get a glimpse of her face. Confirming that she is the woman he’s been looking for, the man kidnaps her.

When the woman wakes up, she finds herself in an unknown place. The man who brought her there appears again infront of her and claims that they were lovers. He asks her to give him three days to show her the truth. 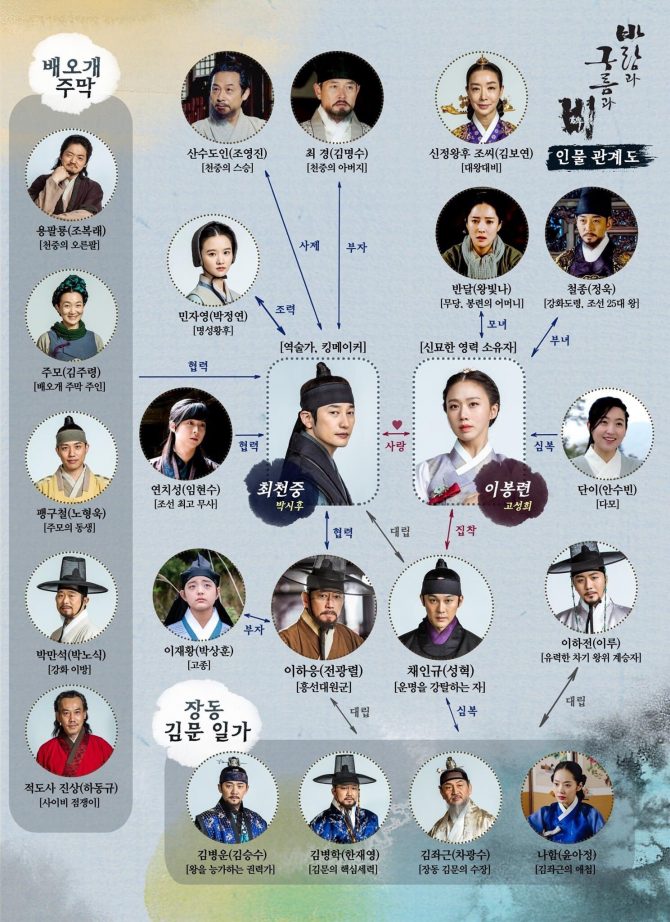 In Ganghwa island, a young Choi Chun Joong (Kang Tae Woo) comes home parading, after topping the state exam. At a little distance away, a young Lee Bong Ryun (Hong Seung Hee) is awestruck and follows him unwaveringly with her eyes. Meanwhile, a young Chae In Kyu looks at them both with envy.

After the procession, Choi Chun Joong greets his father, Choi Kyung (Kim Myung Soo) who does not seem happy at his son’s achievements and asks him to behave humbly. On the other hand, at Lee Bong Ryun’s home, she excitedly tells her mother, Ban Dal (Wang Bit Na) about Choi Chun Joong.

Apparently, Bong Ryun had the ability to see people’s future which is being kept a secret. On her way to work, Bong Ryun gets into trouble with In Kyu and his friends. But luckily, Chun Joong comes to her aid. 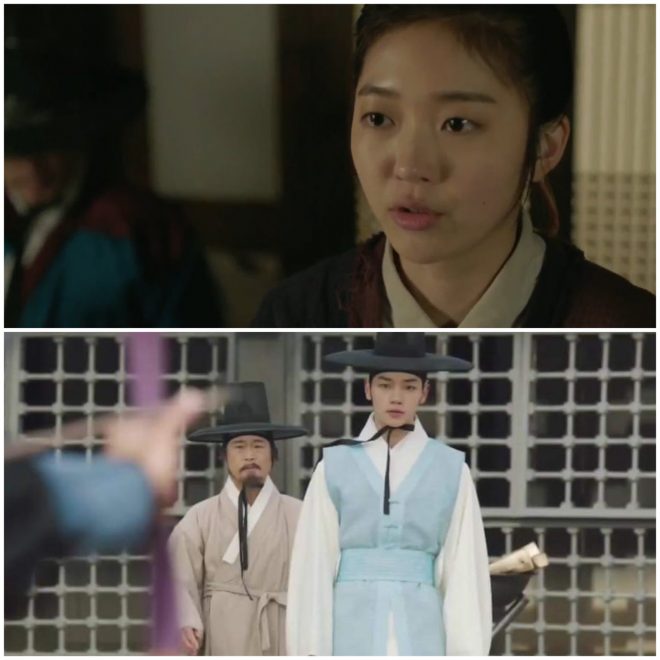 On the same evening, Choi Chun Joong, Chae In Kyu and others go to the forest to hunt for the nine-tailed fox. While, Lee Bong Ryun is on the same path looking for wild ginseng. Seeing that the boys are walking their way towards the ginseng field, Bong Ryun misleads them using her tricks.

In the midst of confusion, Chun Joong is about to fall from the edge of a cliff. Instead of holding on to him, In Kyu abandons him. This time, Bong Ryun comes to save Chun Joong. Slowly, friendship develops between the two as they learn about their mutual interests. 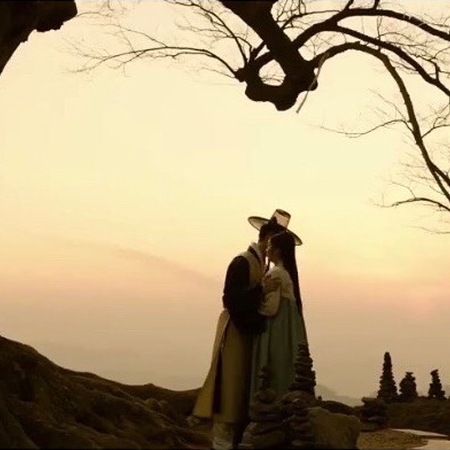 The Finance minister, Kim Byung Woon (Kim Seung Su) begins his interrogation with Ban Dal. Though Ban Dal dismisses the charges against her, the minister does not believe her and punish her with lashes.

Seeing her mother in pain, Bong Ryun interrupts and reveals her secret that she can foresee the future. Though, her mother was spared, Bong Ryun is no longer safe, as Kim Byung Woon decides to keep her to himself to serve his selfish needs.

Later, it is disclosed that Bong Ryun is the daughter of the king who during his non-noble days had a relationship with her mother. The distraught mother goes to the king to help her get back her daughter. But, she is met with disappointment as the king decides that the Kim family would be more suitable for the upbringing of his daughter.

Five years passed by, and the grown up Bong Ryun (Go Sung Hee) returns to the Ganghwa island again with Kim Byung Woon. As fate would have it, she crosses path with Choi Chun Joong (Park Si Hoo) again, who recognizes her immediately. 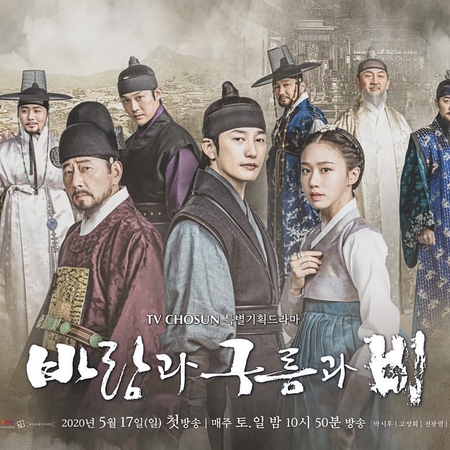 Lots of incidents occurs within the first episode of King Maker: The Change of Destiny as the drama creators bombard with an overwhelming amount of information. Comprising of various exciting elements as fantasy, romance, politics, mystery and action weaved into the plot; the drama looks promising.

The childhood romance though short was sweet as it lays the groundwork of the main characters’ romance as adults. Also, since the writers did not waste any time for the reunion of the leads, it can be assured that a lot of action is scheduled in place.

Beginning the scene with the future events and then transcending to the past occurences, the drama piques curiosity on what led to the change in circumstance of the characters. Additionally, judging from the premonition scene, it can be deduced that a lot of political power-plays are about to come into picture.

Clever utilization of politics and battle of wits is always big plus point for any drama and especially, historical dramas. Hence, as for now, this drama definitely holds attention.

King Maker: The Change of Destiny airs on TV Chosun every Saturday and Sunday.