The solemn premise of Record of Youth foreshadows a hopeful story of the characters claiming for love, dreams and friendship.

Set in an entertainment industry backdrop, Record of Youth traces the uphill yet fulfilling journey of three people from different backgrounds, chasing dreams and facing the realities. It is helmed by director Ahn Gil Ho (Memories of the Alhambra, Stranger) and written by Ha Myung Hee (Doctors, Temperature of Love). 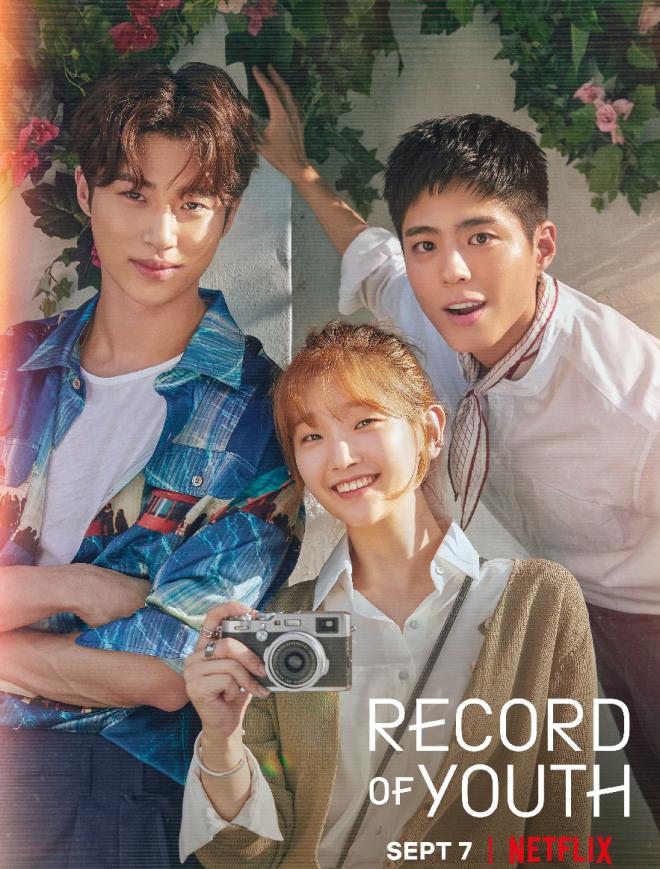 Record of Youth starts by setting the spotlight on Sa Hye Jun (Park Bo Gum) watching a bridge collapsing on the television screen. Looking extremely devastated, Hye Jun requests for a rescue team. He was actually acting out a scene from a movie he is auditioning for.

The next scene spanned to an actor’s dressing room where Sa Hye Jun is working as a bodyguard. While keeping an eye of the room, a woman introduced herself as the makeup artist Lee Bo Ra (Kim Hye Yoon). She barges into the room while Hye Jun is blocking her from entering, but ended up invading the room.

The moment she set foot inside, she slaps the actor and broke up with him. After leaving, the actor hit Hye Jun for letting her in and mocks him for striving to become an actor.

Aside from a security job, he also works in a BBQ and fast food restaurant. While checking the luxurious life of his friend in social media, reality finally slaps him. And for a moment he pondered, “My friend’s dreams protect him. But my dream is like homework that costs a lot of money. And I don’t have much time left.”

While trying to make ends meet, he also struggles with his career. His family disapproves both his modelling and acting endeavors. He was told that he should be focusing on making money instead of chasing his bleak dreams.

People are always comparing him with his own friend, Won Hae Hyo (Byeon Woo Seok). To make things worse, he got an unexpected call to serve the military. 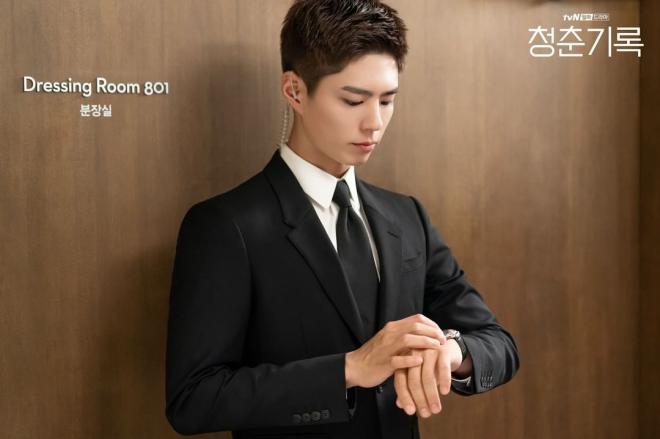 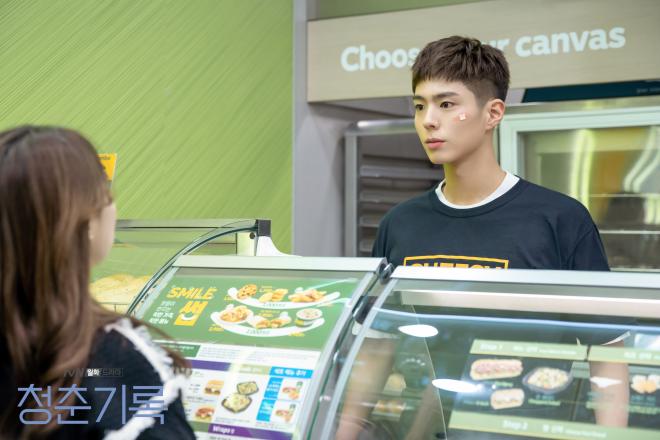 Park So Dam’s character, Ahn Jeong Ha, works as a promising makeup artist. She is an avid fan of Sa Hye Jun. Though one of her colleague is unhappy about her success, Jeong Ha remains positive and determined to reach her goals.

Then, an opportunity knocks, to finally meet his idol – as a makeup artist at a fashion show, where Hye Jun is scheduled to walk. Facing Hye Jun, Jeong Ha maintained a calm composure, but deep inside, her mind and heart are in chaos.

Afterwards, Hae Hyo asked her if she could continue his makeup because the one in charge of his makeup went away momentarily. She immediately declined, as what she has experienced the other day, when her colleague accused her of stealing clients.

But after making up her mind, she proceeds finishing Hae Hyo’s makeup. At that moment, her colleague returns and downright humiliate her in front of the two. 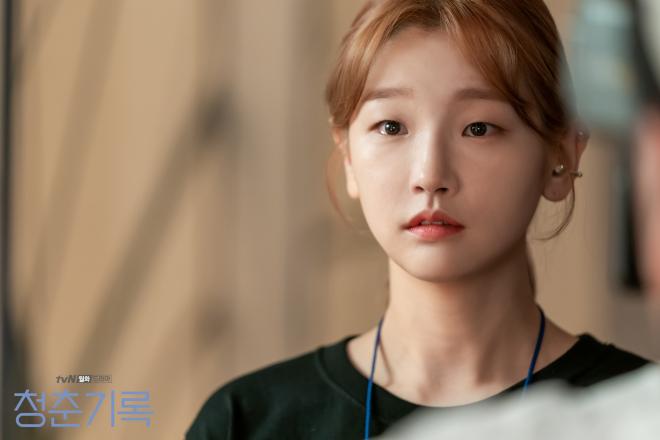 The Cruel Side of the Industry

Record of Youth shows how harsh the reality and tough the industry is. Sa Hye Jun is outraged to his modelling agency for not paying him. The CEO insists on not giving what he deserves and continues mocking and saying downgrading remarks to him. To fully end his sufferings with caused by his rotten boss, he signed the termination of his contract.

The pilot episodes has also revealed that Hye Jun has another passionate admirer. After the modelling show, Hye Jun interrupts the two men who are talking about the show and asks the producer of the show if he can be paid quickly. Then, the other man overheard their conversation and offers him money.

Suddenly, a flashback reveals that he harbors intense feelings for Hye Jun. However, Hye Jun does not reciprocate his feelings and declines the offer.

Meanwhile, in the present day, they meet again and he still offers Hye Jun money and to be his agent and sponsor for his career. And for the second time, Hye Jun rejects him.

Privilege to the rich

Both friends, Hye Jun and Hae Hyo auditioned for the same movie role. The two root for each other and they pledge that no matter who gets chosen, they’ll still congratulate each other.

However, they thought they are in an honest competition, but they are not. Hae Hyo’s mother (Shin Ae Ra) bribes the assistant director of the film to cast his son.

That the actor chosen for the film is based on popularity and not on their acting skills, said by Hye Jun’s potential manager Lee Min Jae (Shin Dong Mi). 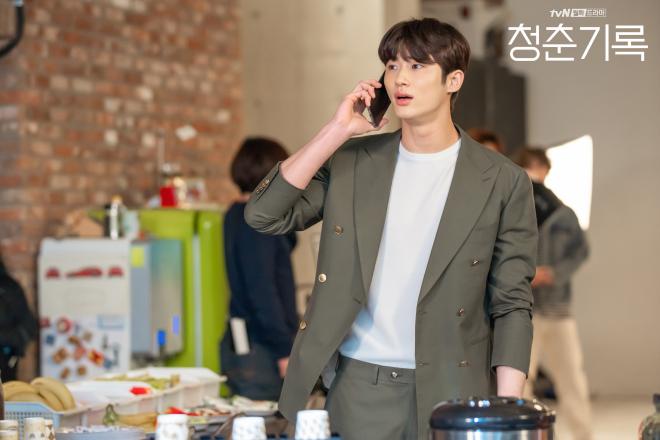 Living up to how it is initially promoted as a warm, heartfelt, and inspiring tale of youth, the premiere episodes are truly touching. Love, dreams and friendship are the key elements that will propel the lives of the characters.

It pictures the struggles of today’s youth, whether with family (in some instances), career and society, in a universal perspective. Also, it sketches the “not-so-glamorous” lives of entertainment people and the happenings behind the camera. That its not always sunshine and rainbows.

What I liked about its premiere was that I easily connected and empathized with the characters. I always have a soft spot for K-dramas that talks about life and dreams, especially if they are in their mid-twenties. Themes like coming of age provides comfort and inspiration for me. I can simply relate with their hardships and dilemmas, and at the same time learn from their experiences.

Moreover, the grandpa-grandson tandem of Park Bo-Gum and Han Jin-Hee is deeply moving. It suggests the importance of having one person that supports you will help you get by, even if the whole world seems to disagree.

The pilot episodes also convinced us to anticipate how the story will unfold for Sa Hye Jun and Ahn Jeong Ha. Their budding relationship, which started out as friends will keep you for the long stretch.

Photos and videos from: tvN | The Swoon