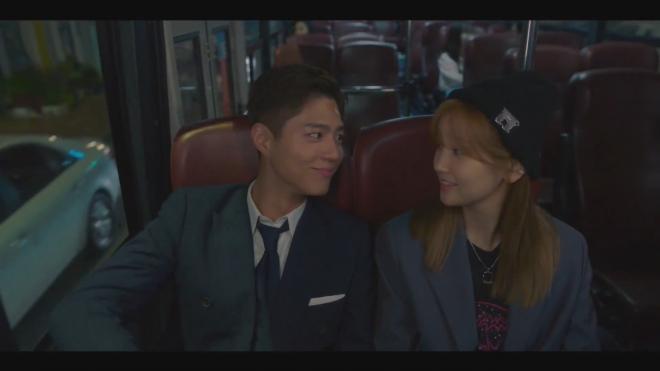 Sa Hye Jun and Ahn Jeong Ha is taking their friendship into a whole new level! We can feel the love from here!

While Jeong Ha is close to achieving her dream, Hye Jun remains standing on an unsteady path. But with his hard working manager and ever supportive grandpa, everything seems bearable.

Jeong Ha joins Hae Hyo in his drama rehearsal as his makeup artist. She admits that she feels like she is achieving her dream to early, and that, is to have her own makeup brand. Jeong Ha expressed her gratitude to him for giving the opportunity.

Unbeknownst to her, Hae Hyo started giving hints by keeping her by his side. Opening up that career opportunity for Jeong Ha also signals the beginning of winning her heart. However, she’s too focused on Hye Jun, so for now, he keeps these to himself. 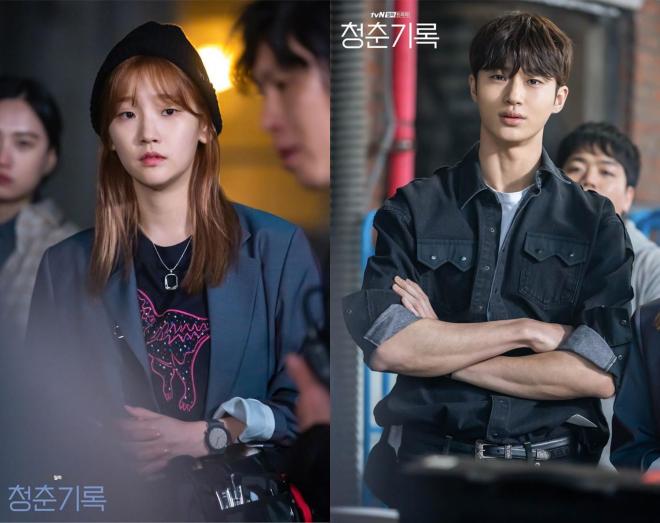 Girl with a Pearl Earring

Hye Jun’s older brother, Gyeong Jun, has come to his decision to live by himself by moving out of their house. Though his father knows about it, he seeks permission to her mother. Like most mothers always do, she asks about the rent and gets alarmed by how expensive the deposit is. However, Gyeong Jun has already made up his mind and insists everyone to agree.

In order to win her mother’s favor, Gyeong Jun tells her not to work with Hae Hyo’s mother and he will be the one to provide money. Yet, his mother chooses to continue her job.

With her strong refusal, Gyeong Jun gets suspicious about the fact that she chooses to stay for 10 years in that job despite the difficulties. He raises the issue to his father, and after probing some circumstantial evidence, specifically the book she loves reading “Girl With A Pearl Earring”, the two comes to a conclusion that maybe, Ae Suk is having an affair.

Flashback, Hye Jun catch sight of his mother reading that book. He asks why does she loves reading that book so much. Her mother replied that the heroine reminds of herself, particularly their love for housekeeping and similar style of cleaning. 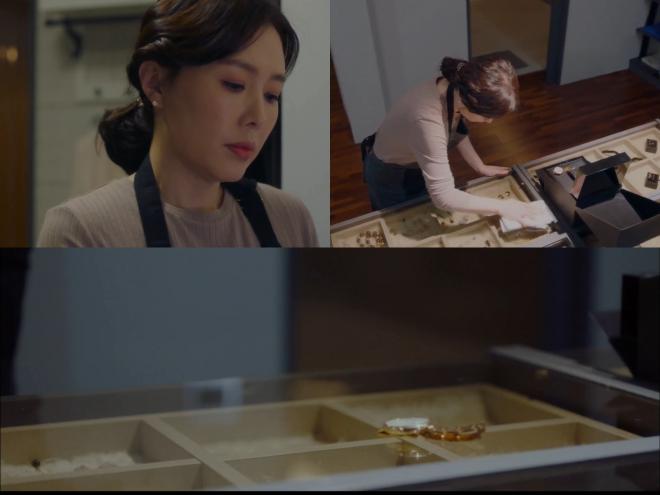 At the filming set, Hye Jun gets into his mean role and portrays his character passionately. Both Hae Hyo, and Jeong Ha, who silently cheers for him are watching him behind the camera.

Now, the next scene continues the previous episodes last week where Hye Jun improvised his lines after getting too immersed with his character. And in act of revenge, he makes an ad lib action stunts targeting to hurt Do Ha. Feeling extremely pissed, the lead actor of the film, Do Ha, waves the timber back on Hye Jun which causes a small cut on his forehead. 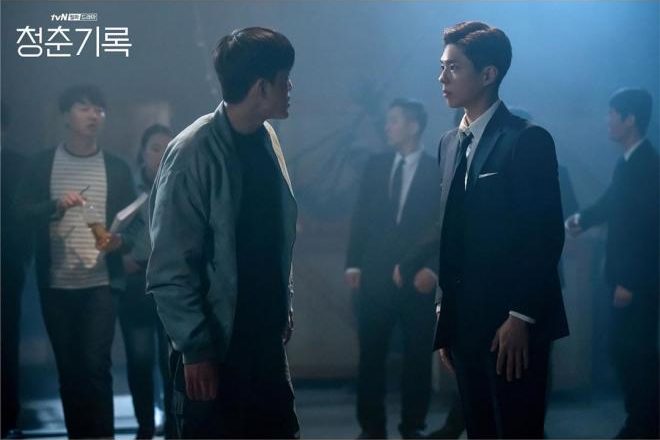 After bleeding from their fight scene, Jeong Ha and Hye Jun hastily heads to the pharmacy for a plaster. He then offers to take escort her home, though at first Jeong Ha opposes.

The two are enjoying each other’s company, when suddenly, it starts raining, again! While standing still against the pouring rain, Hye Jun fixes his eyes on her. Finding it hard to utter the right words, Hye Jun turns silent for a moment, and all we can hear is telling Jeong Ha that he likes her.

Interestingly, the camera once again, pans out to a scribbled mirror on the road which reads, “I’ll be the light to guide you.” 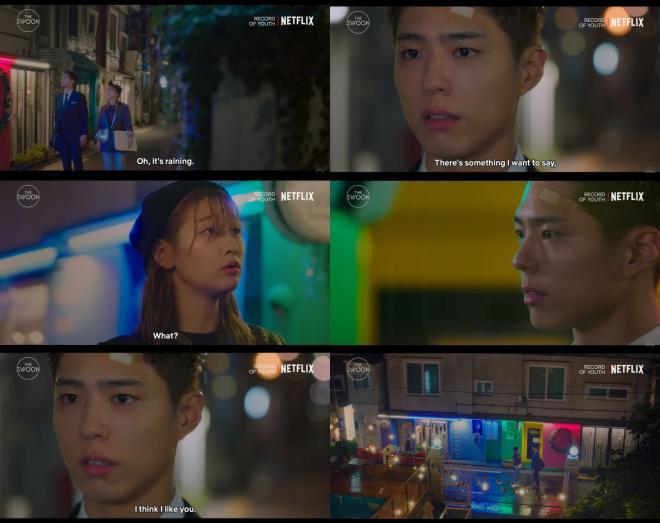 The episode 5 of Record of Youth talks mostly about Hye Jun’s family again, and I am getting tired of their oppositions, especially, his father. Though, character realizations are unlikely to happen for now because the series haven’t reach its halfway, they remain unvarying, which stints the overall appeal of the series.

On a positive note, it truly has a promising ulterior, however, the episodes that have presented so far isn’t strong enough to keep me completely drawn. The things that keep me sticking around are the love triangle between the leads, and the brotherhood of Hae Hyo and Hye Jun.

The magical effect Hye Jun and Jeong Ha bring, has been causing sparking my interest and affection for this drama, and I am here for it. Their relationship has been escalating more than what we generally expected, and it’s still beautiful.

Meanwhile, there are still a lot to discover about Hye Jun, most especially when will his acting career flourish, which I am keen to find out. I am also excited for how and when will his previous boss gets a taste of his own medicine.

On the other hand, now that the intention of Hae Hyo for Jeong Ha is finally spelled out, I am craving for more interactions of the two, and see how will Hye Jun react out of jealousy. For the two bestfriends eyeing one woman, questions like “will loving the same woman affect their close brotherhood, or will someone give way?” starts rising. Because we may never know the twists the writers might have formulated in their minds.