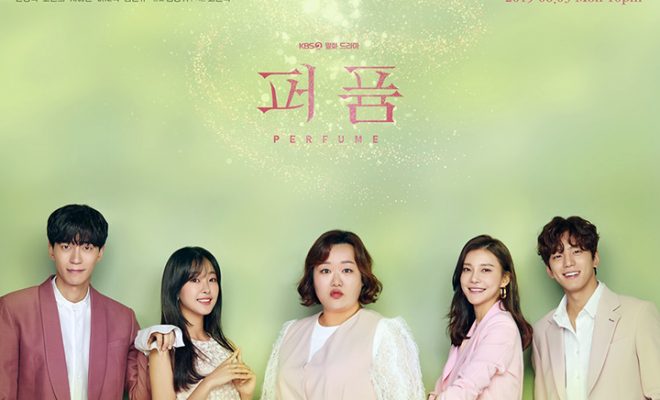 A miracle perfume gives a second chance to a depressed housewife to fulfill her forgotten dream of becoming a model.

From its starting point, the fast moving storytelling of Perfume easily hooks. Expecting nothing but reliable performance from Shin Sung Rok and Go Won Hee, the latest fantasy-romance from KBS2 surprisingly whiffs an engaging fragrance for fans to look forward to. 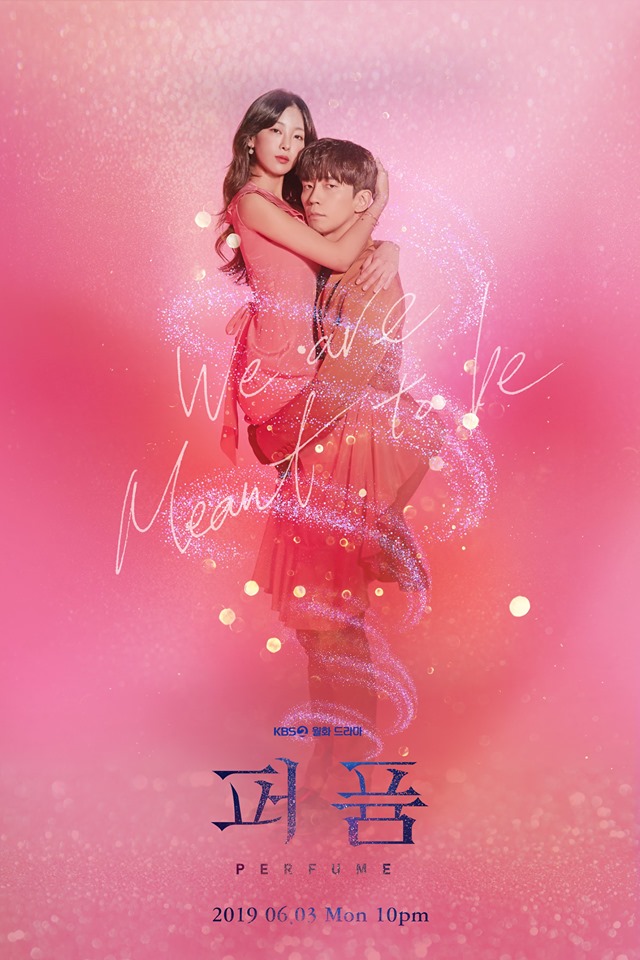 Coming strong on its premiere, Perfume tops the Monday-Tuesday slot of the currently airing dramas. Notably, its four back-to-back episodes reflect consistent viewers based on the tally of Nielsen.

Devoting her life to her husband and daughter, Min Jae Hee (Go Won Hee) is lost in thoughts of her looming divorce. A once aspiring model, she set aside her dream to marry her husband and take care of their child. Promising that she would be taken care of by her husband, the promise fades when she gained weight.

Preparing to take some pills before her husband arrives so they can file their divorce, she checks on the package delivered by an old man. There she finds a perfume bottle and wears it. Just then, she gets an epiphany of a beautiful place before fainting at the sound of thunder. Getting help from her dresser to stand up, she gets surprised when she sees the young version of herself.

Fumbling on her things, she heads out before her husband arrives. Processing what just happened, she stops at a boutique when a dress worn by a mannequin piques her interest. Acting on her routine instinct, she gets sensitive when the sales person mentioned how the owner of boutique despises overweight people. Enraged, the dress gets ripped when she played tug-of-war with the sales girl.

Left with no choice, she pays for the dress. It turns out that her husband already suspended her credit cards. Luckily, a staff member of the fashion designer who owns the boutique spots her and asks her for a part-time work.

The god of phobia and allergy

Infamous for his impossible demands, Seo Yi Do (Shin Sung Rok) is a genius fashion designer with 52 kinds of phobias and myriad types of allergies. At the sight of a mole or breakout from his employees, he will helplessly faint.

When his fashion show’s main model slips and ends up being rushed to the hospital, Han Ji Na (Cha Ye Ryun) asks Jae Hee to do the job since she learns of her eagerness to become a model. Nailing all the rounds of the show, it was almost perfect until the finale when Jae Hee suddenly faints. Apparently, the pills she took earlier caused her to lose consciousness.

Clinging on to the last ray of hope to claim her forgotten dream, Jae Hee convinces Yi Do to become his housekeeper. Taking a new identity, she takes Ye Rin as a new name.

She also learns about how the magic of the perfume lasts until the smell wears off. Planning how she can efficiently use the limited content of the perfume, she aims for a goal of becoming a model in one year. Receiving an encouragement from her favorite idol Yoon Min Suk (Kim Min Gyu) also encourages her.

Learning from Director Han about the company’s model recruitment, Ye Rin participates on it. In the locker room, she heards a familiar voice and confirms it to be her daughter Jin Kyung (Kim Jin Kyung). She fumbles and rushes to get out leaving her phone.

Jin Kyung picks up the phone and notices the same case as hers. When she calls her mom’s number, the phone she is holding rings. Rushing to where Ye Rin went, she calls for her mom. At that same moment, Yi Do also calls Ye Rin.

I am only covering for Perfume, but I have included it on my watchlist because I immensely enjoyed it. So far the fantasy adorning the highs of the story is immersing. In addition, the quick surges of lessons from the main character’s perspective leave heartfelt impression.

Portraying the hero this time around, Shin Sung Rok proves how he can suit up to any character given to him. In his villain roles, he is formidable. For his eccentric character in Perfume, he is pure adorable. 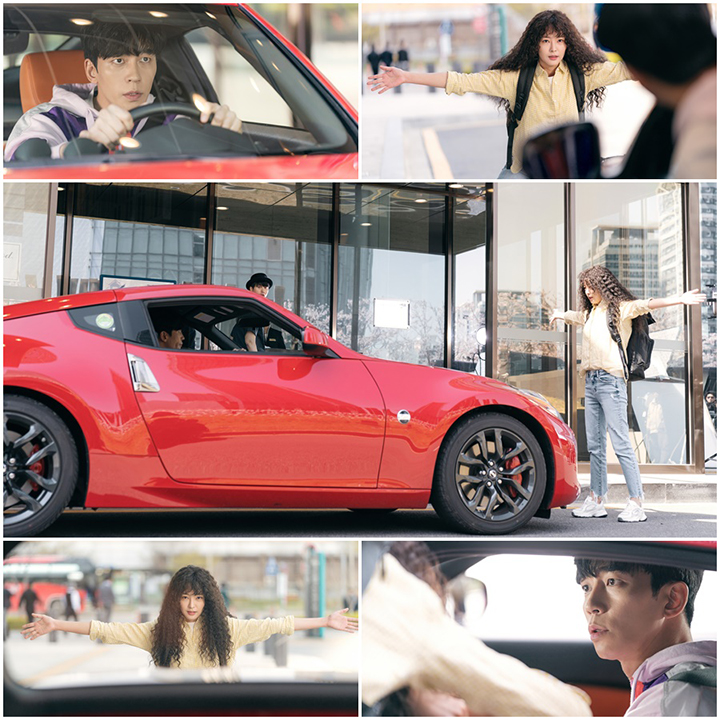 Go Won Hee’s rendition of a woman who was given a chance to seize her dream in the brink of her suicide decision, speaks a lot of issues that housewives in general can relate to; issues that women tend to overlook on the early onset, which eventually blew up out of proportion. Just like how Jae Hee lost her own dreams and life along the way, by staying home to take care of her family.

Women-empowering stories easily attract a wide range of audience because of their usual genuine approach. Diffusing to a vibrantly sketched narrative, Perfume takes a spirited mood that will make you root for the heroine of the story.

Perfume airs on KBS2 every Monday and Tuesday.