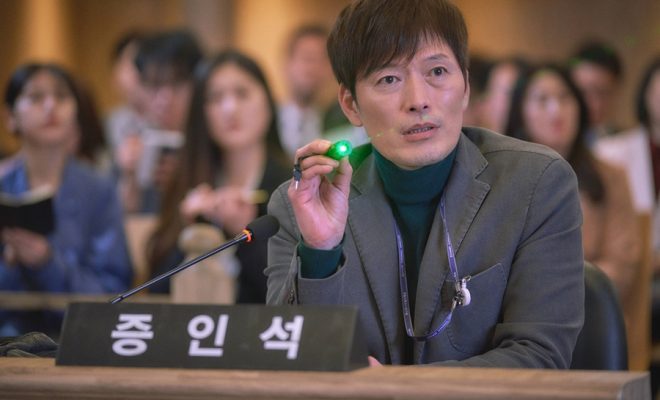 MBC’s Partners for Justice 2 is back with its signature forensic crime investigation theme.

For its second season, Partners for Justice 2 opened the series with simultaneous two crime cases that the team worked.

Aside from core characters Baek Beom and Eun Sol, Prosecutor Do Ji Han (Oh Man Suk) also joined the hero cast. He made an appearance in the latter part of the main season. Additionally, No Min Woo marked his presence, albeit vague on the premiere week. Playing the role of Sally the toxin expert is new actress Kang Seung Hyun. 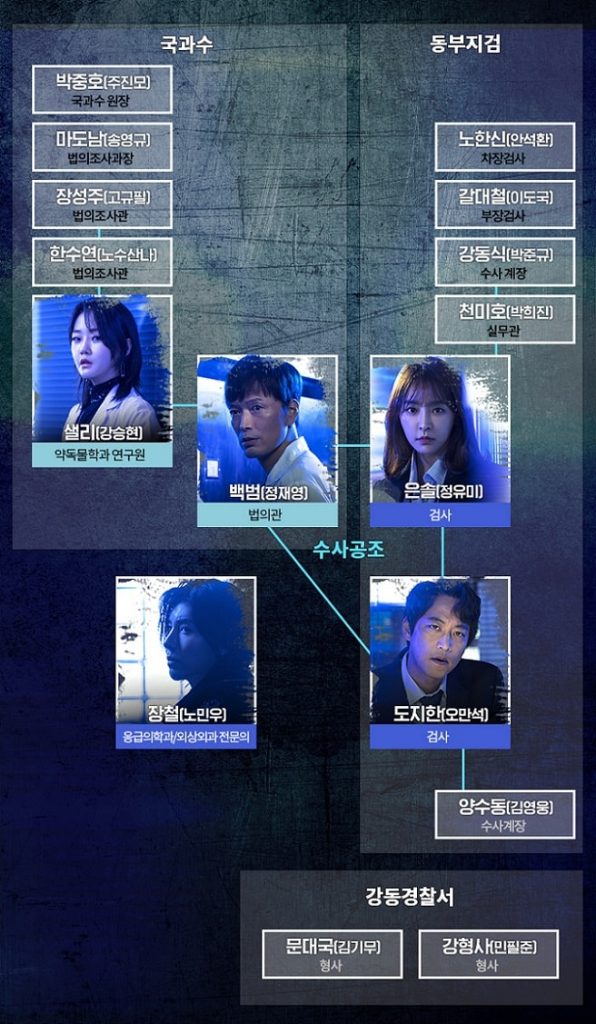 Still obsessed on the ambiguous case of the chaebol psychopath who was found dead, Baek Beom tries to decipher clues. Finding the right tool used for the holes found on the chaebol’s bone, they transform the autopsy room to a slaughter house in search for answers.

Summoned to attend a hearing he meets familiar faces in the court. Eun Sol and Do Ji Han prosecute a manager of an investment company for stabbing a contract employee. The manager returns from a three-month suspension owing to a sexual harrassment case. When she goes to the comfort room, he follows her. The woman faints from multiple stabs and points to the manager who was also holding the knife.

Without a CCTV camera, only the victim and supposed assailant know what happened. On the day of the trial, what seems to be a favorable case for the prosecution turned otherwise when Baek Beom was invited as a witness. His expert analysis reveals that the wounds are self-inflicted by the victim. As the case gets the limelight, the prosecutors work on obtaining connections and evidence to pin down the defendant. 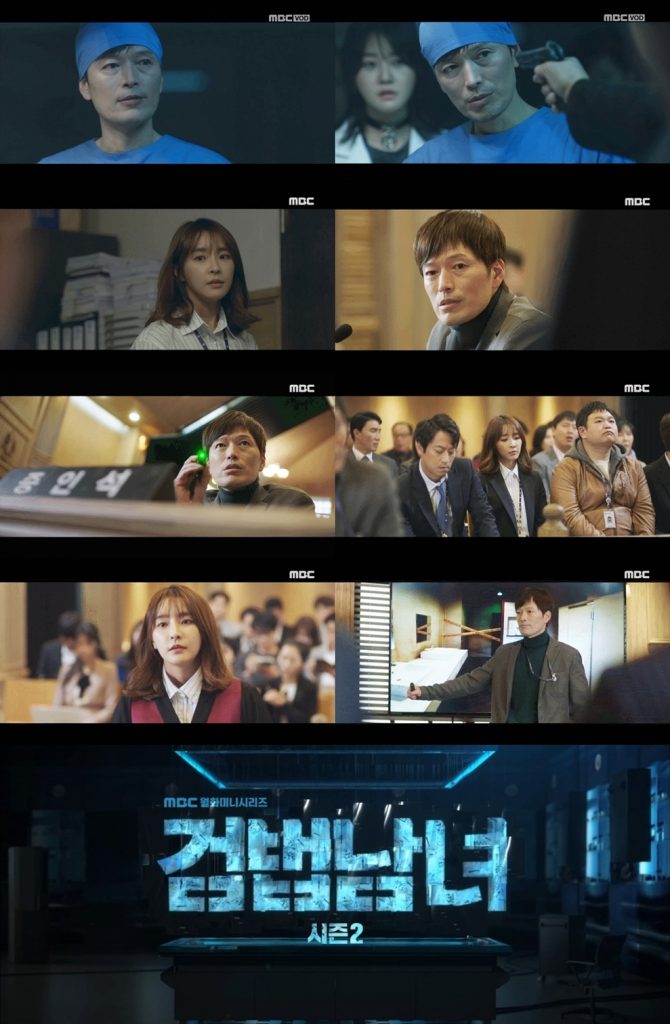 (All photos from MBC)

Who stole the drugs?

Meanwhile, Baek Beom and his team head to another assignment in Incheon. This one is involving gang members who used an athlete to transport drugs.

Gathering evidence from the crime scene, one of the members left a note on her ID for help on the forced autopsy that Team Baek Beom is having. They were held hostage by the gangsters who badly need to retrieve the drugs set for delivery.

Eventually, Baek Beom was able to deduce the real culprit who smartly designed a plan to get hold of the drugs.

Just in time for the last hearing of the sexual harrassment case, Eun Sol heads to pick up Baek Beom to perform autopsy to the victim.

After retrieving a phone record of the victim, Eun Sol managed to make the defendant reveal what happened in the scene. It turned out the defendant threatened the victim that she will lose her job. The threat pushed her to stab herself. Uncovering the victim’s desperate plea to live amidst the pressure she was sustaining from her boss, the prosecution dropped the case. But they made sure to expose the atrocious nature of the defendant who pushed a woman to death. A woman who is full of hope waiting for the best moment of her life to happen. 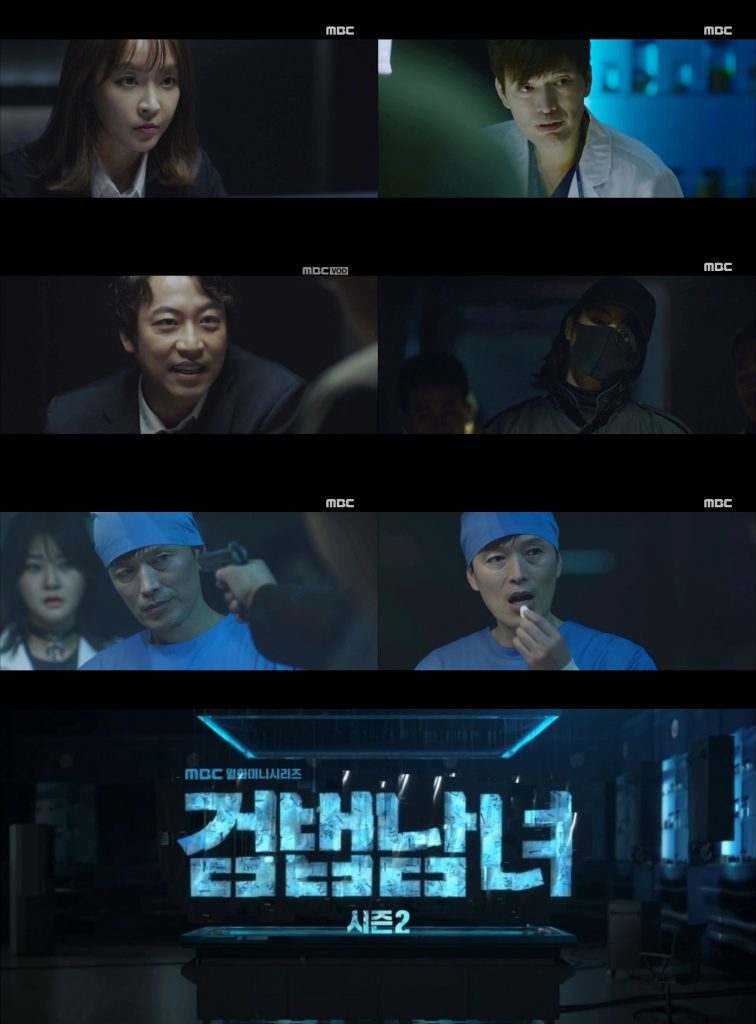 Well-contrived cases is expected in Partners for Justice 2, and although the premiere week was fairly done, it was not as explosive as I had hoped for. Nevertheless, the strength of this franchise is consistency and Jung Jae Young. Hence, I look forward to the succeeding well-designed cases to be featured.

In addition, I am excited to see No Min Woo back in dramaland, and I am curious as to how his connection with Baek Beom will proceed.

Partners for Justice 2 airs on MBC every Monday and Tuesday.