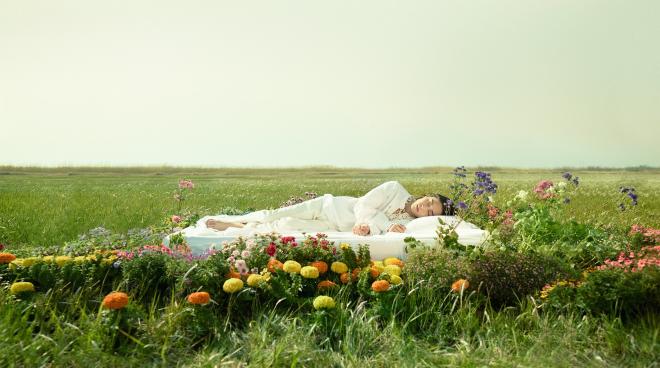 Maddox To Greet Fans With His First Comeback In A Year

By Kirsten | May 9, 2021
28
SHARES
FacebookTwitter
SubscribeGoogleWhatsappPinterestDiggRedditStumbleuponVkWeiboPocketTumblrMailMeneameOdnoklassniki

Maddox teases a dreamy release in store for fans with his upcoming comeback!

Maddox raised the excitement of his fans by unveiling the first teaser image for his comeback. This marks the artist’s first release since his last project last year. His newest venture is a single album called Knight, raising curiosity for the next concept Maddox will deliver.

In the image, Maddox wears an all-white outfit, lying on a white mattress while sleeping. The artist is surrounded by some colorful, blooming flowers and a wide expanse of green grass. The teaser photo creates a tranquil and peaceful atmosphere while boasting Maddox’s angelic charm. Moreover, the image summons speculations that the album may deliver similar sentiments and create a similar mood.

Maddox created a warm ambiance during the shoot with the staff. In particular, he joked around stating, “I think I’m really going to fall asleep”, creating laughter and joyful collaboration on set.

The artist won the runner-up title during the 2019 MBN survival program, Sign Here. His unique vocal color impressed many and resulted in his nickname, “Timbre Treasure”. Since then, the artist continues to gift fans with singles such as “Color Blind” and “Sleep”, delivering a range of different sounds and concepts. Additionally, the soloist features in other artists’ works and records covers of songs for fans.

Additionally, he currently participates in Arirang Radio’s program, Hot Beat. The artist also communicates with fans through his personal YouTube content. Titled, “DOXLOG”, the artist reveals scenes of his daily life in the vlog series.

Meanwhile, Maddox will make his first comeback in a year with Knight. The single album releases May 15 at 6 PM KST.