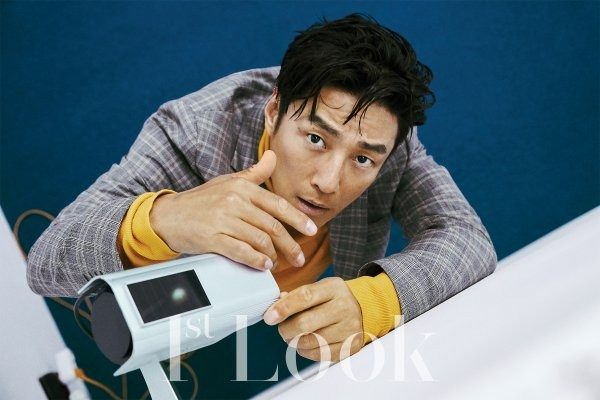 The actor looks sharp and resolute in the released stills. 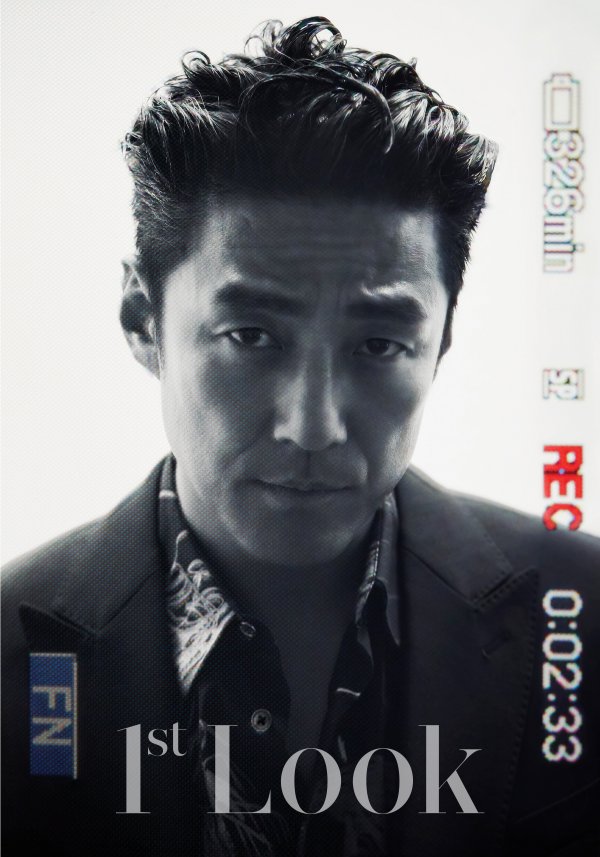 The actor’s photo shoot concept is like a scene from a movie where he did various poses, showcasing his method acting while looking stylish at the same time. One picture shows Ji Jin Hee intensely staring straight at the camera as he sits on a red folding chair. Another photo displays the baffled expression on his face as he looks up.

A closed-up picture of his face in grayscale, as captured within a filming camera, presents a serious look. Meanwhile, the photo of him surrounded by small screens depicts a somber and reflective mood. The monochrome shot of Ji Jin Hee exudes dark and scary vibes. His perfect representation of the photo shoot’s concept received praise and applause from the staff. 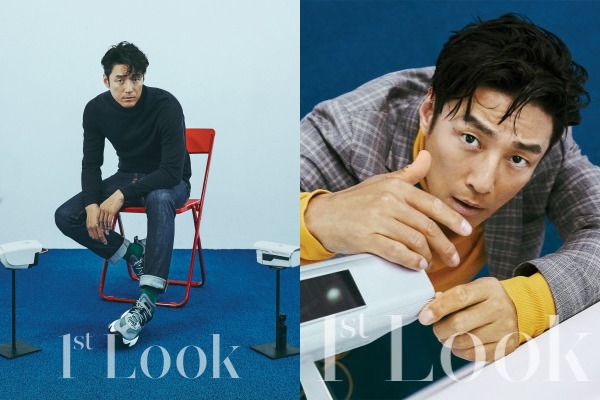 In the interview, the actor revealed that he has many similarities to Park Moo Jin, the character he plays in his latest drama. One aspect is him being cautious of the choices he makes. “I am not a person who is smart or has a scientific thinking like Park Moo Jin, but I try to judge everything reasonably”, he said.

“I always worry whether my choice is right or objective and which decision is acceptable to anyone”, he added. 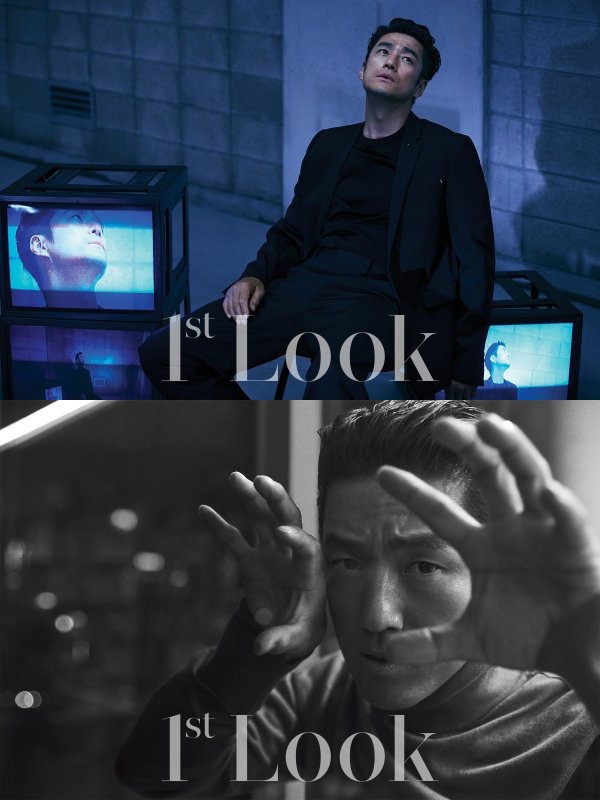 In Designated Survivor: 60 Days, Ji Jin Hee portrays Park Moo Jin. He holds the highest political seat in South Korea’s government. After an attack at the National Assembly building that took the lives of the President and those next in line, Park Moo Jin was delegated to assume the post and act as the interim President for the next 60 days.

He has to make decisions that would greatly influence the lives of the citizens. His actions could also affect the country’s fragile relationship with the North as well as their international associations.

Hellokpop, as an independent Korean entertainment news website (without influence from any agency or corporation), we need your support! If you have enjoyed our work, consider to support us with a one-time or recurring donation from as low as US$5 to keep our site going! Donate securely below via Stripe, Paypal, Apple Pay or Google Wallet.
FacebookTwitter
SubscribeGoogleWhatsappPinterestDiggRedditStumbleuponVkWeiboPocketTumblrMailMeneameOdnoklassniki
Related Items1st Look MagazineDesignated Survivor 60 daysJi Jin-Hee
← Previous Story K-Photo Reel: TVXQ’s Changmin For Grazia August 2019 Issue
Next Story → K-Photo Reel: MAMAMOO’s Hwasa For Cosmopolitan Korea August 2019 Issue