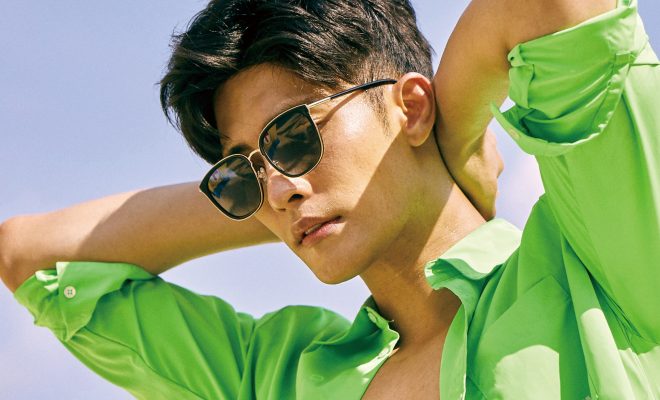 As revealed in the July 12 episode of I Live Alone, model-actor Sung Hoon made a visit at the sunny island for a pictorial. Fighting off the heat with his steamy gaze and charisma, the male lead of Level Up appeared to be an expert at flirting with the camera. 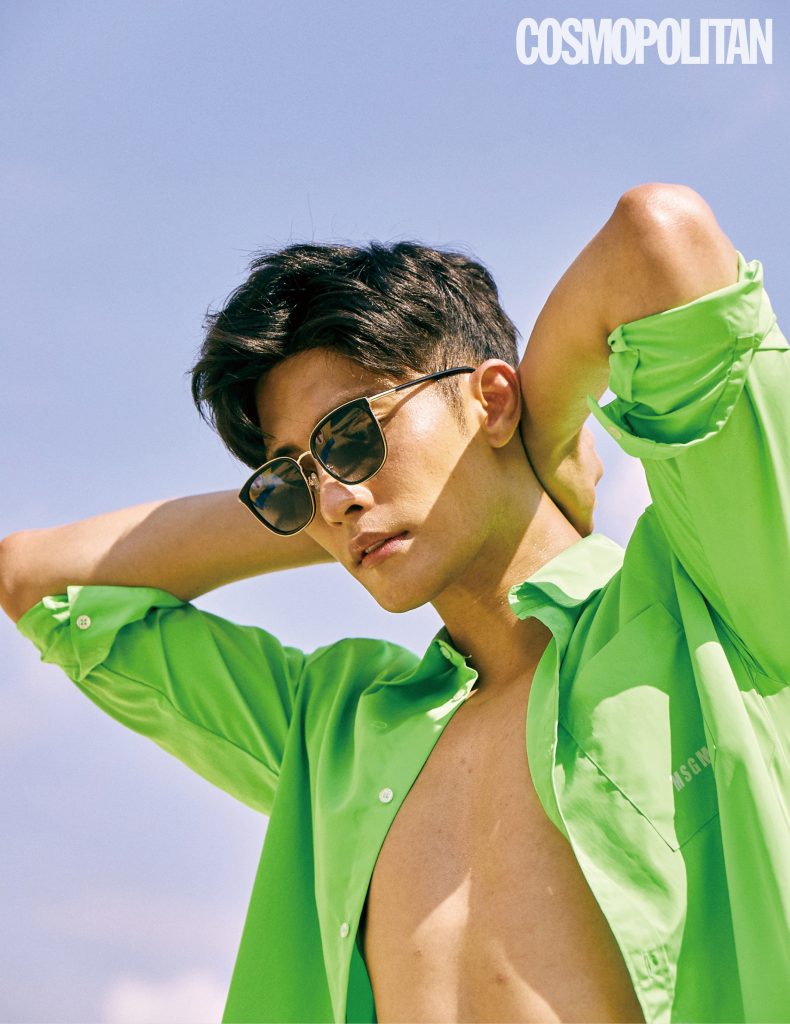 Taking shots with a tropical background, Sung Hoon blended well with the beach and swimming pool setting at Sentosa Island in Singapore. Revealing the adjustment he had to endure in the hot weather, he confessed making sure not to lose his cool in consideration to the crew. He added choosing cheerfulness to defeat the exhausting heat.

“I was tired of the heat that it was hard to do the photo shoot. But, I’m not just the one who felt the hot weather, so I could not get irritated,” he said.

You Might Want To Check His New Drama: K-Drama Premiere: Sung Hoon And Han Bo Reum “Level Up” On Premiere Week

Sharing about his mainstay experience in the hit MBC variety show, the actor relayed how doing entertainment program was hard for him in the past. But now he is enjoying its fun and comfortable mood. 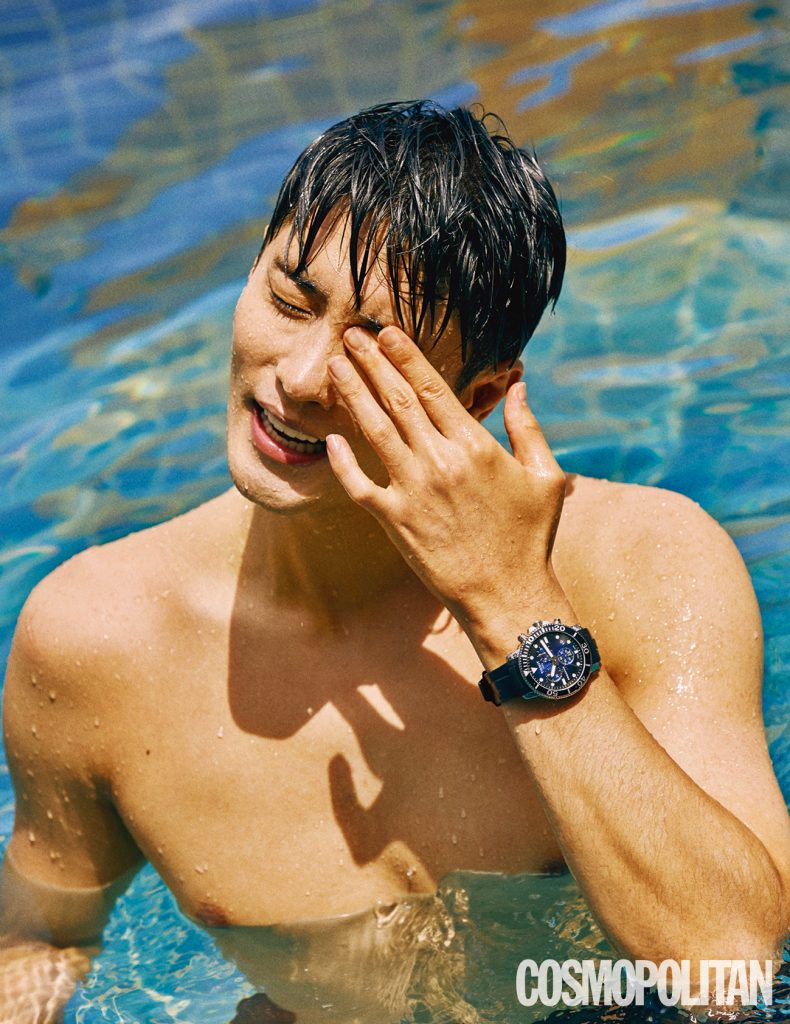 Sung Hoon, who has appeared in a few romantic dramas, currently stars in the MBN drama, Level Up. Sharing his passion to work as an actor, he understands how having to endure hard times is normal with his job. He said, “I want to do well at work, regardless of the result.”

Sung Hoon’s interview can be found in the August 2019 issue of Cosmopolitan Korea and its website. 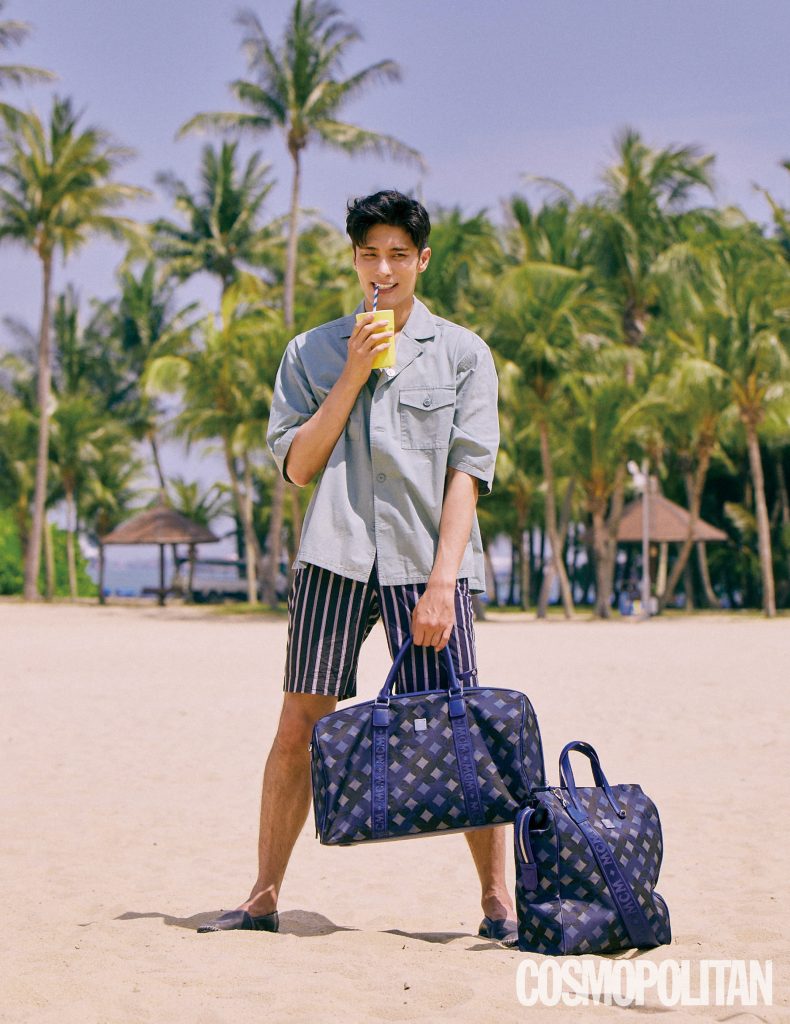