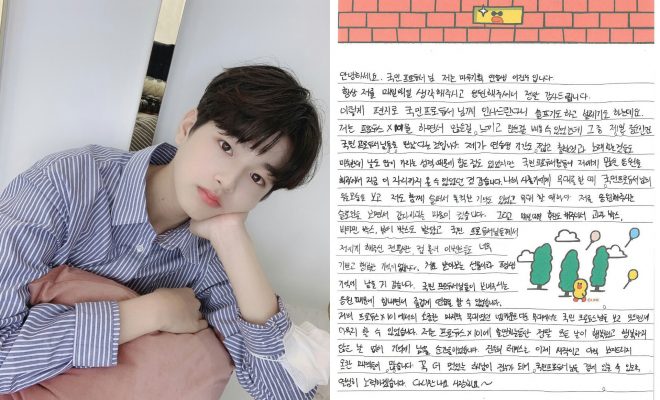 Lee Jin Woo has thanked fans for being part of his youth in a letter he wrote himself following the elimination from Produce X 101. 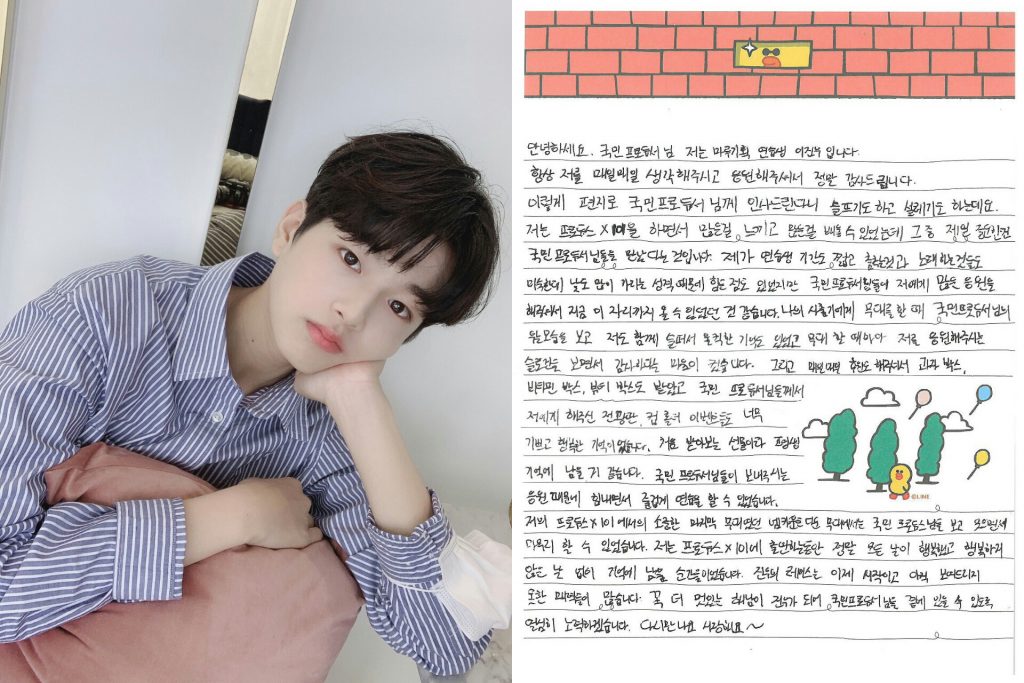 Maroo Entertainment shared on July 14 a sweet note from their trainee who is well-loved as “Haenami” in the Mnet debut survival show.

Though he did not make it for the last elimination’s cutoff after placing at the 22nd spot during the last round of eliminations, the young trainee managed to keep his bright outlook.

“Hi national producers! It’s Lee Jin Woo from Maroo Entertainment. Thank you so much for always thinking of me and giving me support. Greeting you through a letter like this actually makes me feel sad, but also excited at the same time. I experienced a lot of things while in Produce X 101 and the most important of it all was meeting the national producers,” he wrote.

“I have only been a trainee for a short time, I’m still not a pro when it comes to singing and dancing, and I have a bit of a shy personality, so it was a little difficult. However, I think I was able to be here in this place because of the support you have been giving me,” Jin Woo also said.

“When I did ‘To My Youth’, I saw you guys crying so I remember crying because of it too. I’m also very thankful of the slogans I see every time I’m on stage. I received the snack box, vitamin box, and beauty box (from Dear 101) because of your support. The ads and the cup sleeve events you held for me made me really happy and gave me happy memories. It was my first time getting gifts so I think I’ll remember it for a lifetime,” he confessed to fans.

“I can gain strength and gladly practice now because of the support you gave to me. It was also thanks to your support that I got to end it all with a smile during our last precious stage on M! Countdown. Every day was a happy day the entire time I was in Produce X 101 and I’ll remember all those moments,” the young trainee sweetly added.

“Jin Woo’s race has just started and there are still a lot of charms I haven’t shown. I’ll make sure to be a cooler Haenami Jin Woo and try my best to always be beside you. I’ll see you all again. I love you,” he ended his letter lovingly.